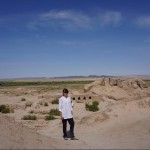 Travel hacking the AT: Adventures in grocery hacking 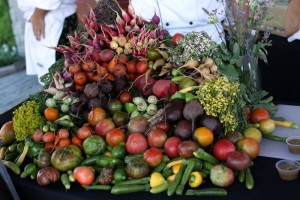 This is not ultralight.

It’s getting closer to D-day and that means it’s getting real out here in Everywhere Else, where I live.  I finished the last volunteer placement during my round-the-world trip in December which means the three months I have up to the start consist of a large amount of down time.  I’m not going to be back in the states until two weeks before my start, so that means I need to have a detailed plan of action when I touch down.  But that’s ok!  I get off on plans.  Especially if those plans involve both nutrition and saving money.  I don’t have a huge choice in the matter so that’s good that I like this stuff.

I’ve been surveying a lot of sites trying to figure out how I want to do this.  For me, I will be mail dropping almost the entire way.  It’s definitely going to be the most cost-effective because 1. I am getting a lot of product donations (which I will review here) 2. I have a lot amazon credits I am using to also get stuff for free 3. I learned about Flate Rate Regional Rate Boxes. 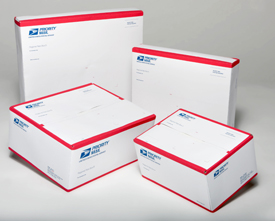 Side note on those: there are Priority Mail Boxes and there are Priority Mail Boxes.  Normal ones that go anywhere in the US are upwards of $12 just for the medium box.  Regional rate boxes are priced according to how many zones they travel.  My boxes will be shipped from NJ which is super convenient for the AT, and the rate is half as much- $6 to $7 per box!  It’s worth checking this out if you think mail drops are for you.

Anyway, I really have been jamming on Andrew Skurka’s site lately (both his articles and the many reader comments).  I’ve come away with a few things about meal planning.

One of the things I was really struggling with was how many snacks to have.  Most snacks seem to be in portions of around 2-3 oz.  From taking a look at a lot of websites, it seemed people ate about 4-7 snacks per day.  My brain likes the idea of one of each of the 5 snack food groups so that seems like an ok way to focus on my stash.

I’ve been able to get a number of donations from various companies, some of which I’ll be reviewing here.  In a sense, looking for healthy bars (avoiding added sugar, soy, and grains if at all possible) is kind of easy- there’s not SO many choices out there.  One choice that almost everyone knows are Larabars (they did not give me a donation btw).  They’re just fruit and nuts, and maybe some chocolate or coconut.  I got an ok deal on some with Amazon using some coupons, which I paid for with credits, but you can do better.  If you take a search of “Larabars” and “coupons” on google it seems like you can buy them in various grocery stores for under fifty cents almost all the time.  One deal was even for 6 cents each!  I tend to find many Larabars a bit sweet though even though there’s no sugar, so I’m going to also be highlighting some other options in future posts.  Total cost so far for 100 bars: 0 ($35.35 in Amazon credits).  I’ll be grabbing some more bars (hopefully at those under 50 cents each prices) here and there when I’m back in the US.  You can make bars, but it’s a little more complicated on a thru.  For now I’m going with this for convenience of buying and storing.

With GORP types I’m not sure how I’ll play it, but as far as ingredients go, I’ll be in Spain right before going back to the US.  That means cheap quality nuts and some dried fruits also.  Other fruits I’ll get in the US, either from friends or from dollar stores.  The 99 Cent only stores in LA often have organic stuff!  Pretty much anything you can imagine is in their produce section, so I’ll take a look and dehydrate anything that seems good.

For salty I know that plantain chips are in my horizon.  I really like the ones from Trader Joe’s, but that requires actual money- $1.69/6oz bag.  I will have to do some research to see if there are any good deals on amazon that don’t have a ton of crazy additives.  I love olive pouches and will see what I can scrounge up in Spain.  I also got a really good deal on two CSA boxes from Living Social- total cost $5. Each box has 10-12 types of veggies (each vegetable is 1-2 lbs on average).  I’ll definitely make some salty chips out of greens and roots.  Super score for organic stuff!  I also have some credits on food delivery services like google express.  Anyone can get the signup credit and a referral credit by joining a signup “conga” (google it).  You can use this to buy things at normal grocery stores and places like Whole Foods, Smart and Final, and Costco.  I’m hoping to use my credits on a lot of Mary’s Gone Crackers which can be bought in bulk at a good price at Costco.  Cost: free! 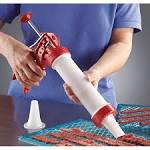 The most ‘mer’kan thing I’ve ever seen.

Jerky should be fun.  I was a little hesitant to try, but since I’ve got not one but two large Excalibur dehydrators to borrow (plus at least one more smaller no-name one) I can afford to go a little crazy.  Jerky is quite expensive but when you do it yourself you can save a lot.  I plan to try beef and turkey as I’m pretty good on getting these on sale.  For the turkey I’ll be trying some ground turkey recipes.  A store I often shop at in LA perennially seems to have Shelton’s free range ground turkey for around $4/lb so I’ll probably do that with a coupon or two (they know me there so maybe I can even talk them into a discount for buying bulk).  For the beef as well as any other meat I may use, the local chain grocery store (it’s in a yuppie neighborhood) almost always has a sale section with grass fed, free range, etc beef, pork, chicken.  I can almost always get 50-75% off, and usually a couple of things have an additional sale price too.  It would be more awesome to get stuff from a farmer’s market but is difficult since I will only have a few days to cook and dehydrate everything.  It’s a bit more expensive, too, though definitely worth it if you have the green.

Chocolate I’m not going to go crazy about for snacks because I am going to have some chocolate spreads (from donations) for breakfast on (seed) crackers or dried fruit.  I do enjoy M&M types on strenous parts so I’ll probably have a small stash for energy boosts.  I also like a hot beverage in the evenings and hot chocolate plus powdered coconut milk (I can’t have regular milk) seems like a lightweight, high fat win.  I found powdered coconut milk on amazon for about $7/lb.  While not as cheap as regular Nido, it’s a great value for something dairy free and not with a million additives.

As for breakfasts, I’m still not 100% sure what I’ll do as I don’t love the typical porridge that most people do on backpacking trips.  I don’t like eggs either.  I have a zillion fish pouches (free) in my future so I was thinking something like onigiri (Japanese rice balls) for first days out and a little carb boost.  I love these things and they’re so portable.  I was going to grab some instant rice from Amazon (the precooked seems to do better in backcountry sushi for me).  Lunches will be a combo of snacks, dried sausages, and some various bean dips that I’ll dehydrate.  Cheap and easy.  Dinners as I mentioned will be just a few and using meats scored for 50-75% off, fish (tuna and salmon) pouches (all free!!) and the CSA veggies bought for $5.  The ideas I’ve sketched up are basically a meat-in-sauce thing with vegetables- usually mashed.  I will be dehydrating these myself because it’s so much healthier and cheaper.  These recipes are mostly Paleo (one has buckwheat) and ones I can easily add fat (oils, coconut milk, or butter powder) to.  By the way- one thing I learned this year is that buckwheat ramen fills you up sooooo much more than normal white flour stuff, and tastes A LOT better.  Even if the buckwheat isn’t 100% and it’s still probably floating in weird chemical glop written in mysterious kanji on the packaging.  Trust me on this.  Your taste buds, and ultralight pack, will thank you.

Based on the prices I’ve been seeing on Amazon and how much stuff cost a year ago in LA, I’m looking at I think between $400-500 all-in on food for the trail.  Most of this will be with various free credits, though.  The largest expense will be any nuts, fruits, olives, oils I pick up in Spain before I head back- no amazon credits for that, I’m afraid!  If I can I will use a credit card that gets a couple percent back on groceries to at least save a little on these out of pocket purchases.

I’m estimating 25 mail drops for now at $7 (generous, it’s a bit less than this).  That’s $175.  For me, $7 is a totally worth it “tax per box” to get stuff that’s high quality fuel gotten for free or nearly so that I could never get in trail towns.

Dawn plans to end a 5 year "optimistically quarter-life crisis" with a thru-hike of the Appalachian Trail. This journey has already included becoming a physician of acupuncture, herbs, and traditional Chinese medicine and traveling throughout 40-ish countries, often with trumpet in tow. Why not reintroduce myself to American culture with a walk in the woods?