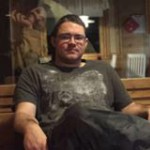 Two Days on the Trail

Nothing’s Gonna Break My Stride, Not gonna turn around, Oh no, Gotta keep on moving.. has been the song playing on repeat in my head whenever the trail gets tough.. Ir definitely got me through the approach trail in pouring rain..

I got on the approach trail at 1:39PM in the rain. Gor lost once around a pond because I watched a backhoe drive out of the pond. Once I found my blue blaze, I continued up a paved trail leading to 675 steps climbing up the biggest waterfall I ever saw. The steps took almost 45 minutes to do. I hate steps..  The rest of the approach trail wasn’t bad, except the mud ans rivers. I finally got to the first shelter, I was soaked, I lost my hat, my rain pants were torn to shreds, but I couldn’t be happier. I met a fellow Eagle Scout named Trevor at the shelter. He is from Kansas City and works at Philmont. I met his mom in the parking lot above the falls crying earlier. We decided to hike an additional mile to get the AT start and next shelter. After signing the logbook and pics, we arrived at the Springer Mtn Shelter. I met a father and son (Riddler) ₩ (who is also an Eagle Scout) from Doylestown, a marine biologist from Hawaii, and a Pathologist from Iowa (Thunder Snarf), and two guys from Georgia. The shelter had an awesome caretaker named Lee. And my first dinner consisted of Instant Mashed Potatoes with Trevors beef Jerky.. meal split between new friends is awesome. That night I was woken up at 1am by the worst storm I think I ever saw, thank god I was in a shelter, but my shoes and bearbag got soaked through…
5 Things I Learned On My First Day
1) Trekking Poles are a godsend. I used to hate them, but now I am an advocate. The support they give my knees is astounding.
2) I Really Hate Steps. After climbing 600+ in one shot, I have confirmed this. To the point  wanna buils an elevator in my home.
3) EVERYTHING not made of plastic needs a ziploc bag. Waterproofing is a must. After the horrific storm last night, I had a puddle of tea  steeping in the bottom of my hanging bearbag.
4) Mice will do anything for food. One divebombed this kid Trevor’s foodbag hanging out in the storm from the bear cable.. Impressive for a littl
5) There is no right way to do anything out here. 15 people will give 15 recomendations, but the truth is none of us know what the hell we are doing yet.
I was sore my first day on the trail, and prob will be tomorrow as well. We found some unexpected trail magic 5 miles into hiking, which led to us finding out about this abandoned/destroyed trail community,complete with creepy cemetery, church, and school that were still around. After stuffing our faces with snacks, soda, and coffee we sat and chatted for a bit. 3 miles later we hit Hawk Mountain Shelter, I was done for the day. I severely needed to get out of wet shoes and socks, dry everything out, and do a little TLC to my feet. Trevor pressed on to a camp about 4 miles ahead, and Im sure we will cross paths again. Tonights menu consisted of Ramen noodles with tuna and parmesan cheese. Went to bed around 830, now im wide awake at 3am. Time to try to get back to sleep.

Hey Guys! I am a 28 yr old nurse who has lived his entire life in the City of Brotherly Love. I've been hiking and camping my whole life with the Boy Scouts of America. I decided this year was a good year to check off a bucketlist item. I just graduated from Drexel university with my BSN, and to celebrate I am quitting my job for 5 months and as of April 1, joining the class of 2016 NOBO hikers.