Vermont: It’s Not All Downhill from Here

Vermont, also referred to as Vermud, is an extremely accurate nickname. I was in denial at first, thinking these NOBOs must be exaggerating just how muddy Vermont really was. But nope, my brand new shoes were not too pleased with the shocking reality of the trail. I came to terms with it but I’m afraid my shoes will never be the same again. Although I only got one true soaker or two, the mud was just a pain in the 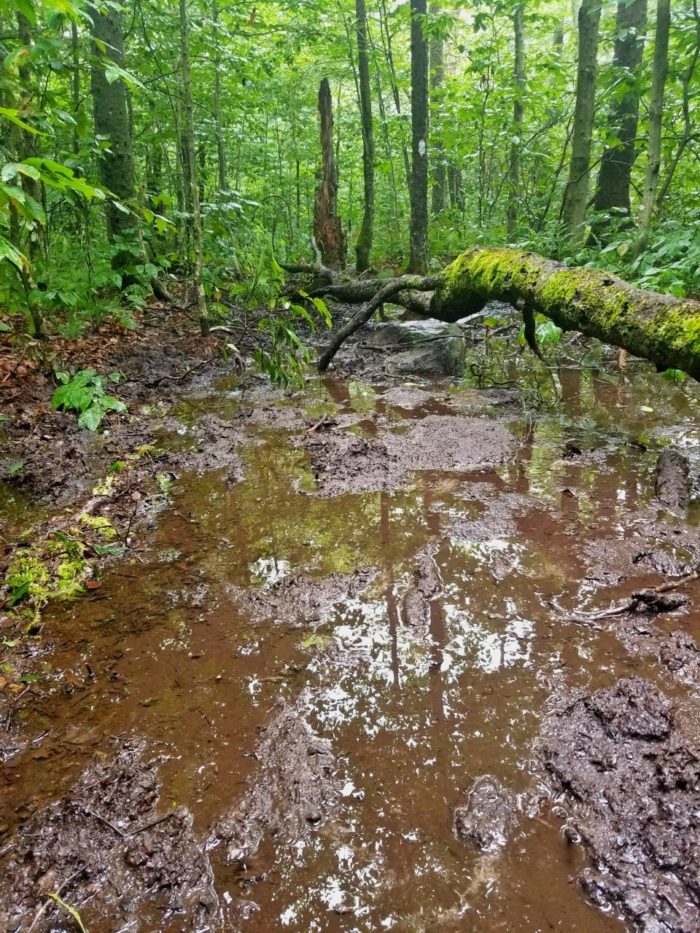 butt. Dreamer got to see me go knee deep in New Hampshire once so Vermont was actually less messy in the end. Constantly rock hopping between massive puddles, skirting the edges dangerously, and concentrating on each step takes a lot longer than it would’ve had it not been raining on us for eternity. Life would’ve been much easier to admit defeat and march straight down the middle of the trail, which I thought about doing so about 900 times, but I got a little satisfaction knowing I avoided the mud for the most part. 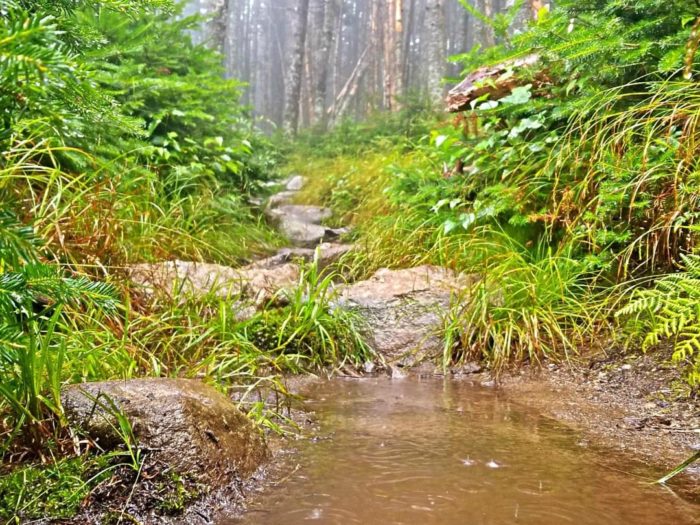 I was constantly hearing how easy the trail is following the Whites. I’ve been told time and time again how hard Maine and New Hampshire are, and if you make it through then it’s all downhill from there… blah blah blah. I must argue with everyone that tells me this from now on because, guess what, they lied. I think more people should learn the definition of “downhill” because after the Whites I can guarantee there are uphills still. 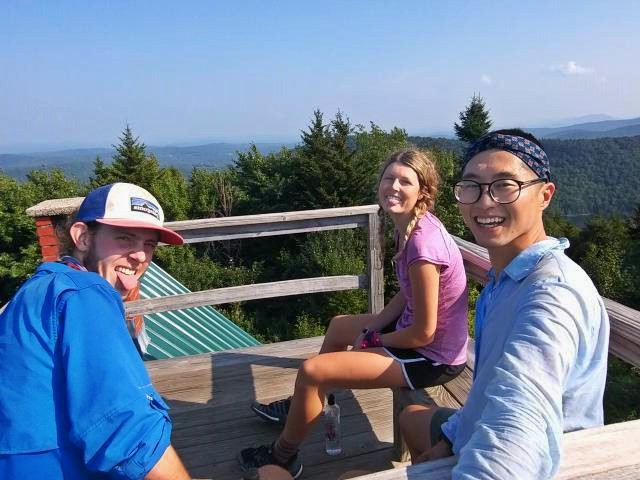 Atop a fire tower with Sunchaser and Rabbit.

Besides the mud, and the hills, Vermont doesn’t have a vast amount going for it. The Long Trail shares 100 miles of the Appalachian Trail so it was a fairly busy section. Rutland is the only town I visited; mainly for a resupply and to check out the Yellow Deli, where I ended up taking a zero. That’s becoming a trend I’ve come not to mind… plan for a quick in-and-out of town… stay for 24 hours. (Just a refresher; a zero is what we call a day off, when you literally walk zero miles on trail.)

I spent most of Vermont with Dreamer and Sunchaser. Sunchaser is a new name here, a dude from Texas. He’s a man on a mission, and Dreamer with his PCT stories has him wanting to Triple Crown also. The dreams are real out here. Briefly I got to walk with Rabbit from South Korea, who has previously walked the Pacific Crest Trail and the Continental Divide Trail, so the AT completion will give him his Triple Crown. Basically, what I’m getting at is that he’s a crazy good hiker and is probably many miles ahead by now. For a few days we had a pretty diverse thing going on, with four different nationalities in one group. 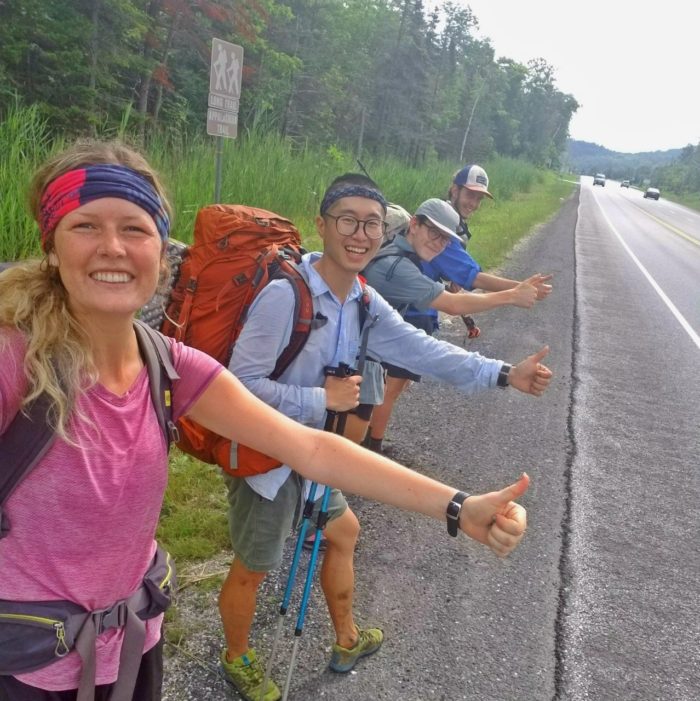 It’s not uncommon to walk alone for the majority of the day. Everyone walks at their own pace. Sometimes I want to walk comfortably and saunter down the path, and other times I’m trying to push it. I might stop more often one day, and hardly at all the next. At the end of the day it can be nice to meet up at the same campsite with familiar faces, so that’s usually how it goes. We call it a tramily. aka trail family. 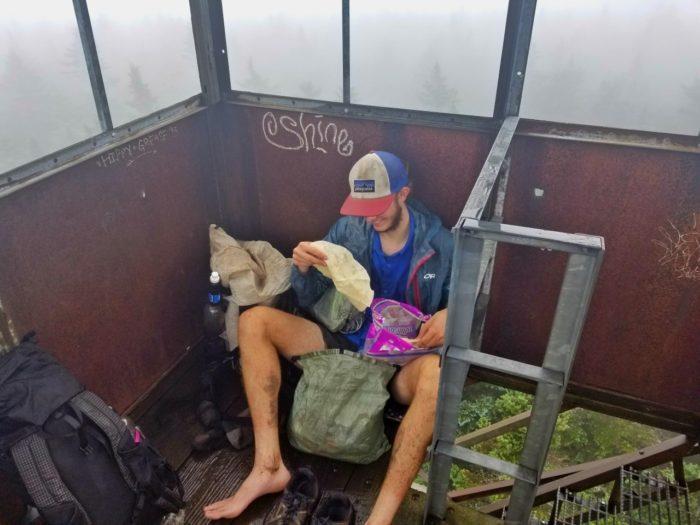 Not so much happened in Vermont aside from walking, and nearly slipping in mud every five seconds, though the second day we summited Mount Killington and an electric storm hit. Having no idea what the protocol was, I asked a NOBO coming down from the top what I should do. “I’ve just come from the top and I wasn’t afraid.” Not such a reassuring answer but I continued upward regardless. It was a weird sensation to be walking up a mountain with thunderous booms and flashes of light. Now mom, I know you’re thinking I should’ve turned back, but I was more than halfway and it wasn’t like I was above treeline, so really, it was cool. Plus I survived. So all is good! The rain came all at once and stayed like cats and dogs for at least three hours. (Yes, I was a bit scared.) One foot in front of the other got me to the shelter that was at the top. Sunchaser and Dreamer were just getting ready to go back out in the rain but I’d had enough and wanted dry clothes on and food in my mouth ASAP. So I said have fun, meet you in Rutland. Rabbit came in a bit later and stayed the night, and the four of us reunited in Rutland over some famous Yellow Deli Sandwiches the following day. 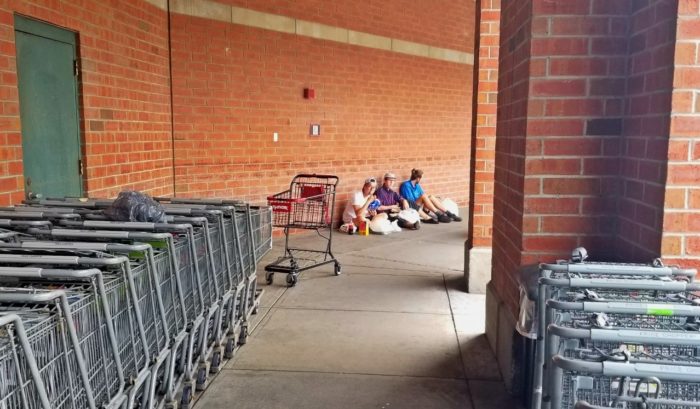 The Yellow Deli was intriguing, so I stayed the next day and zeroed. Everyone else headed back out to the trail after a typical “see ya down the trail somewhere,” only to run into Encino Man and Tomato, who I hadn’t seen since mid-New Hampshire. The trail is fun like that, where anyone can show up anywhere and it’s always a good surprise.The Yellow Deli is a donation-based hostel that includes breakfast, so it was nice to change it up and stay a bit. Little did I know I’d be pulling some big miles the next couple of days. 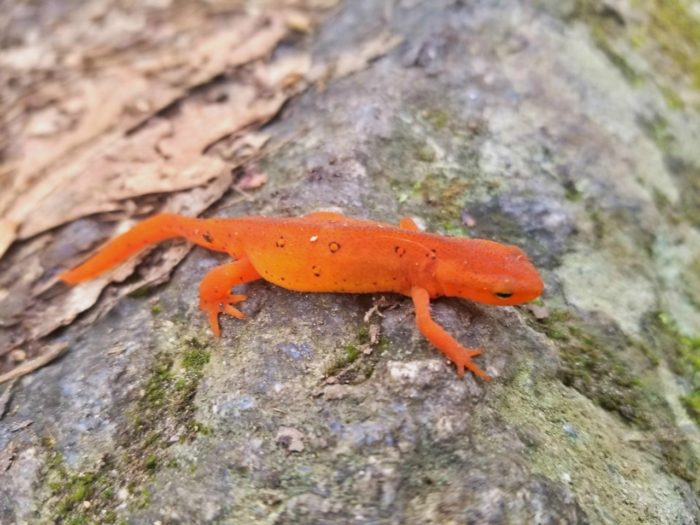 These things are everywhere in Vermont – cool looking dudes.

Upon leaving the Yellow Deli, I walked 22 miles and set up in a secluded spot. For a flat section of the trail I ran into day hikers that were headed into the lake, and it was fun answering their questions about the thru-hiker life. Anyway, back in my tent I had the best sleep of my life and woke up ready for a challenge. Sunchaser had been talking about doing 30 miles in a day, so I got to thinking… maybe I want to do that, too. So I did. I was on the trail by 6:30 a.m. climbing mountains like it was my day job, which it kind of is, I guess. I even had time to squeeze in a break at the top of Bromley Mountain. It’s actually a ski resort, so I asked for a round trip on the chair lift. That was a nice lunch break, 20 minutes on a chair lift. I finished the day in the dark. I know I said I would never do that alone again but I couldn’t bring myself to stop short of 30 miles when that’s what I’d had in mind. I became paranoid of bears all over again, and set my tent up right at that 30-mile point. It was raining outside so I had no choice but to eat in my tent, still amazed I have no mouse holes gnawed through anything yet. I’m constantly late-night snacking, but I’m always hungry. 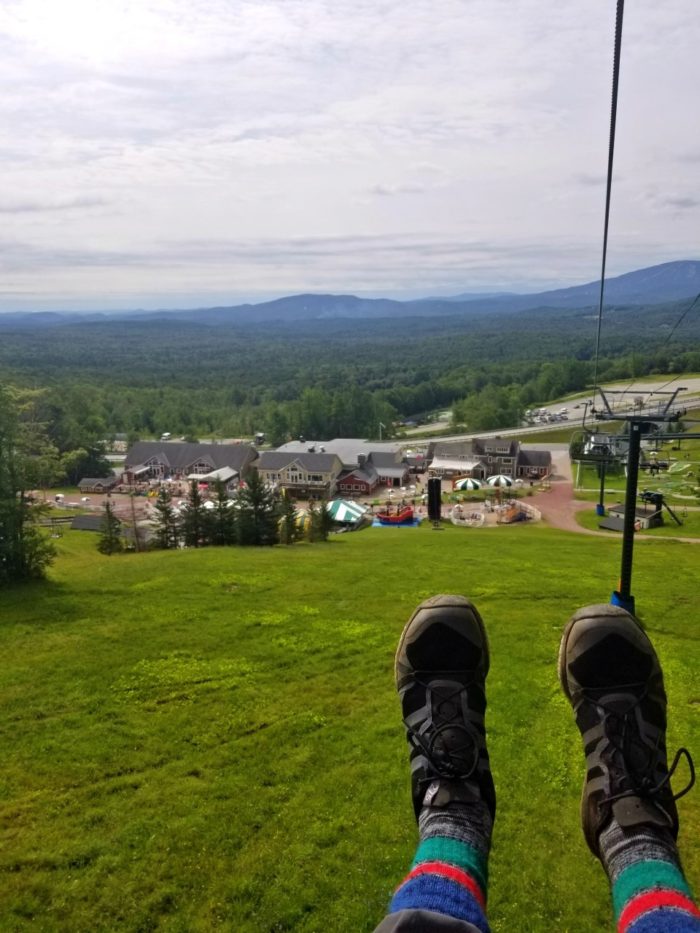 I caught up to Sunchaser and Dreamer in the morning the next day and did 25 miles to make it to the next shelter/camping area with them – sorry if you were trying to out hike me, but ha! My feet were surprisingly OK at this point. We crossed the border into Massachusetts on Aug. 13. Mud was life, so cheers to the future AT being less muddy. 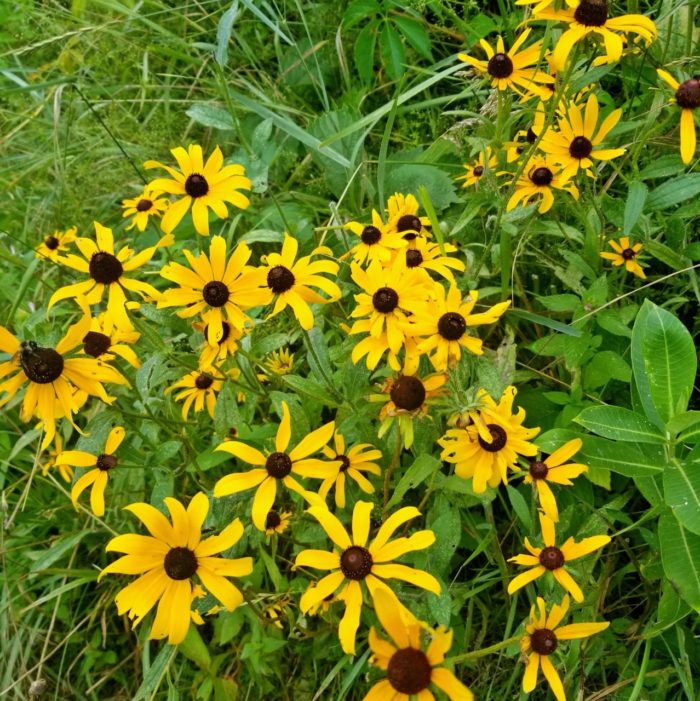 Loving a change in scenery here.

Seriously, I really enjoyed Vermont. It didn’t have many views, but the fields were a welcome change to stroll through after you’ve rock climbed your way through New Hampshire. It definitely reassured me in a way where I realize I do deserve to be out here. I may have started with little idea of what it takes to be a hiker, but I guess I am a hiker. A 30-mile day was a big accomplishment for me – but now – what’s next? 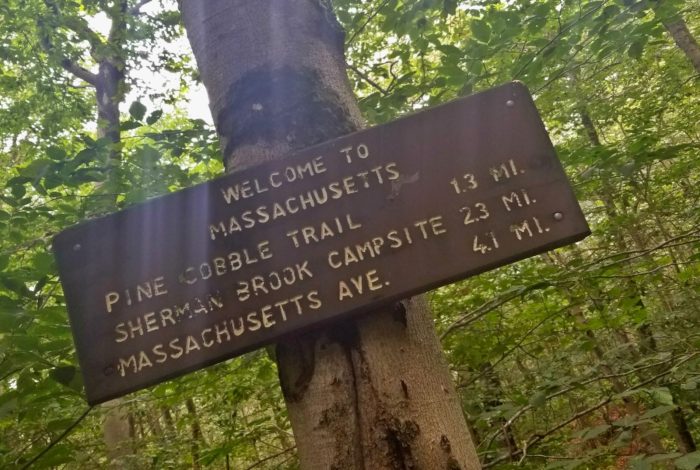 Massachusetts, what have you got to offer?