After 5 days off to do my class in Philadelphia and to celebrate my son George’s birthday and Mark’s completing his PhD, Linda deposited us back in Hanover to continue our journey.
We started out with a problem. I left the hose to my Platypus hydration bladder on the kitchen counter in Massachusetts – so I could not drink my water. Unfortunately, the outfitter in Hanover did not have a replacement. It was a choice between hitching to the EMS in Lebanon, or switching to Nalgene bottles for water. We were interested in getting right on the trail, so I got two Nalgenes and will not go thirsty. Though I do miss the convenience of the hydration bladder. 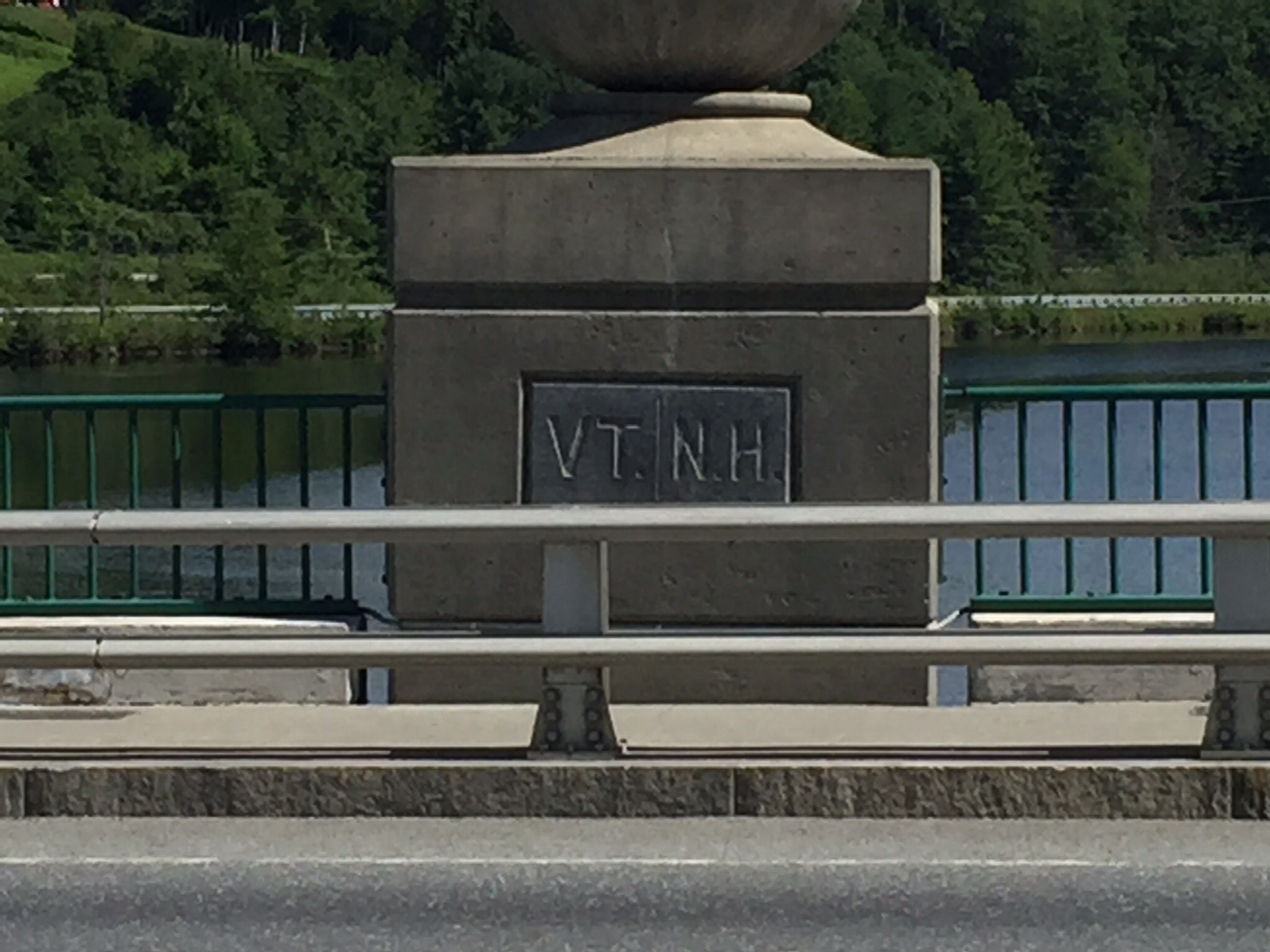 After some road walking across the Connecticut River and into Norwich, we were back in the woods. The terrain has definitely changed. For one, the trail has more dirt than rocks. Also the terrain is more rolling hills than mountains – at least so far. Vermont has not lived up to its reputation as “Vermud” but that’s probably because we are hitting the drier part of the summer. I already mentioned that we have dirt rather than rocks. Just add some water and you can see where the rep came from. 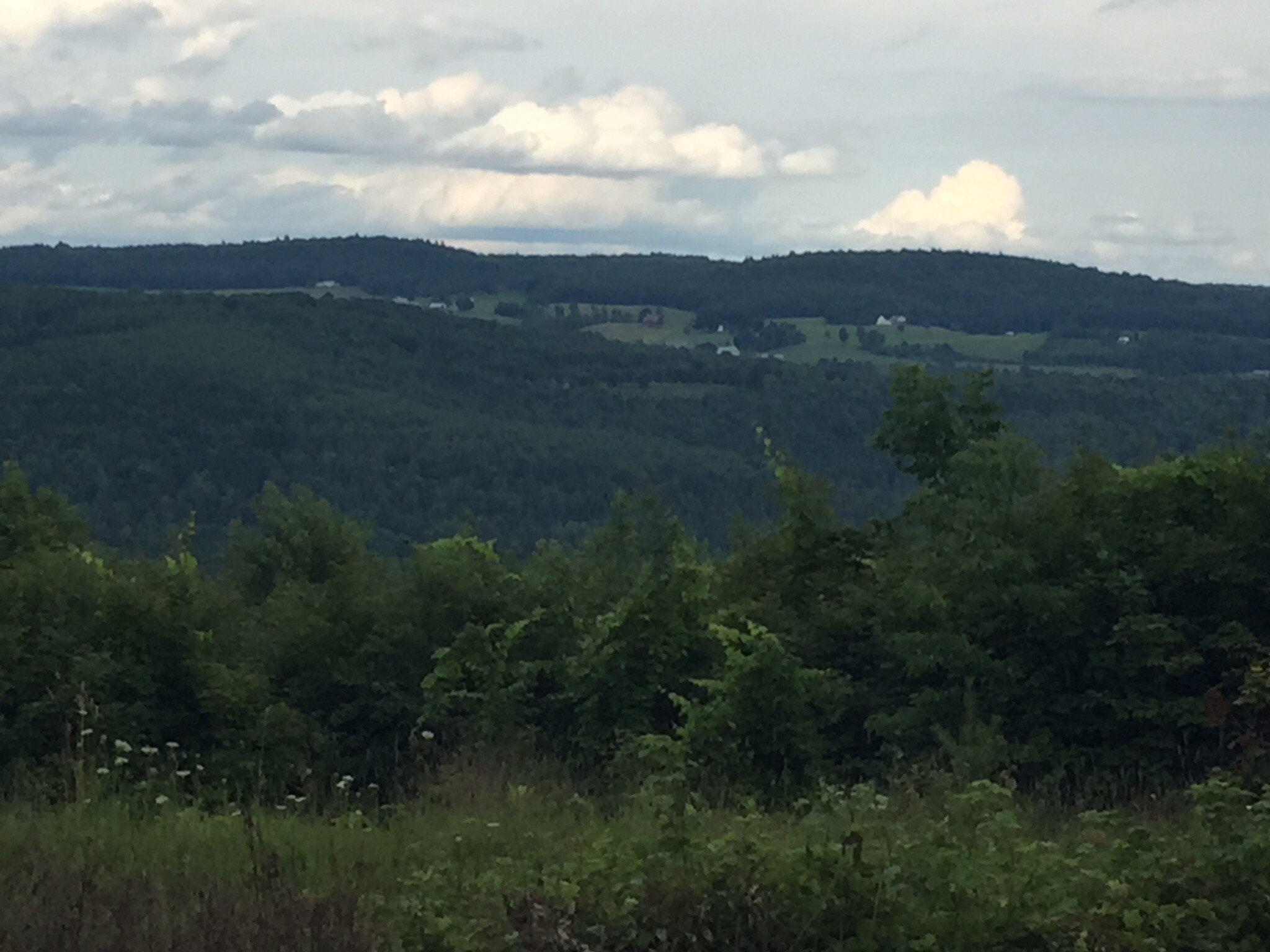 So the trail taketh away (the mud) and the trail giveth (the heat). We are now facing really hot, muggy days. Our water consumption has risen significantly. Also, we get tired due to the heat, rather than scrambling up 4,000 footers. Definitely a different experience from New Hampshire.

We also experienced our first trail magic. The first was just a bucket of sodas left at the side of the trail. Very refreshing in the heat. The second was stopping in West Hartford at Linda’s for soda and cake before crossing White River.

A number of hikers were jumping off the bridge into the river – a drop of about 30 feet. I refused. Ian called me a wuss. He actually wrote that in Linda’s guest book. The he went over to jump. After about 15-20 minutes of “studying” the jump he chickened out. So he had to write that he was also a wuss in the guest book. Fair is fair. Afterwards he told me he was glad I refused because if I did it, he would have been forced to do it as a matter of pride. He thinks he experienced a loss of nerve. I prefer to think that he exhibited a level of maturity. 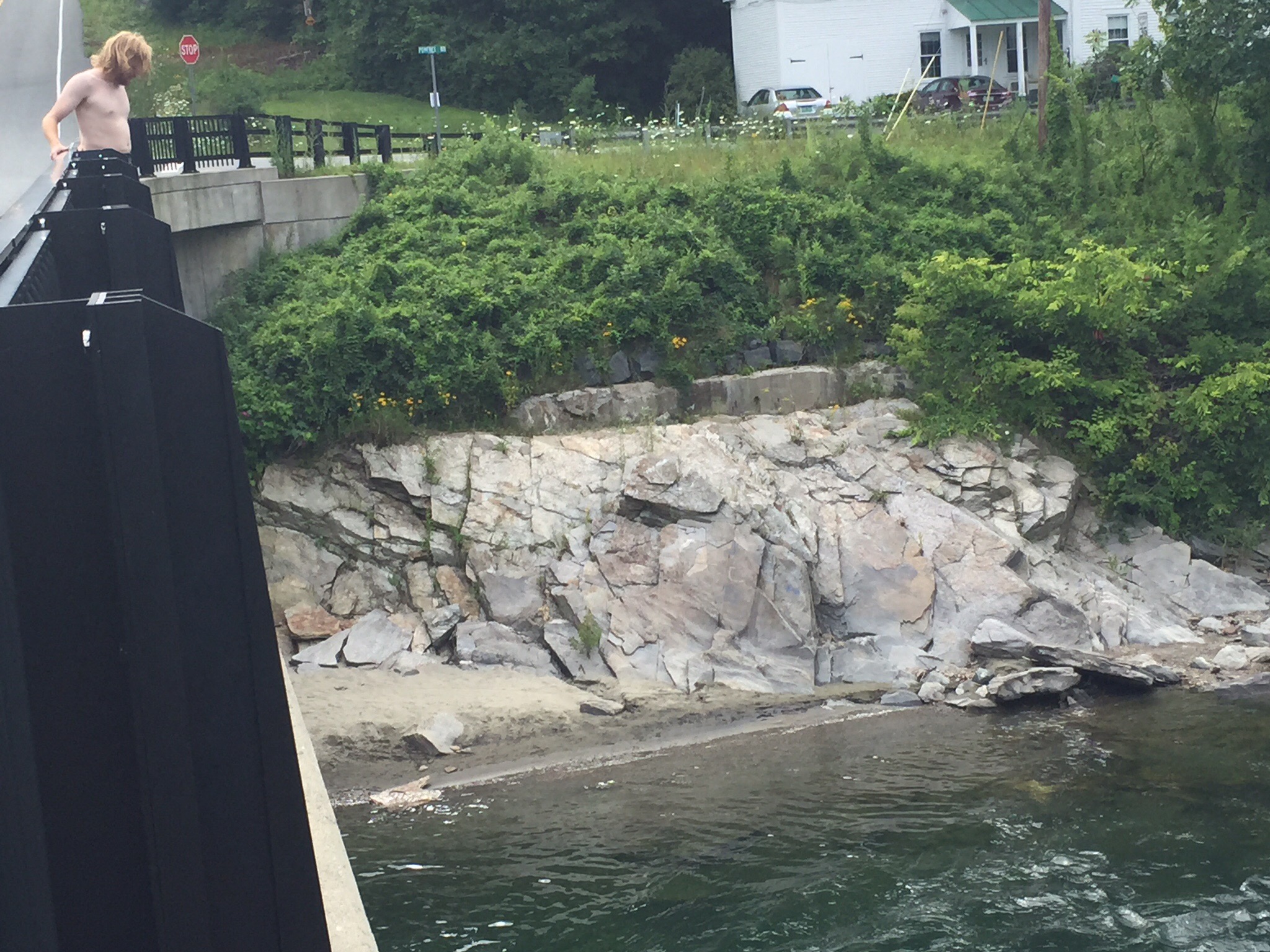 The best trail magic was crossing route 12. There in the parking lot was Varsity’s mom. Varsity is a NOBO hiker we had yet to meet. His mom was meeting him in that parking lot. They were from Burlington and Varsity was going to take a couple of days off. His mom didn’t just wait to pick him up. She baked brownies and cut up watermelon and brought a cooler full of ice cold soda and beer. We sat on lawn chairs and chatted with her until Varsity made it to the crossing. After a quick hug (we didn’t smell too good) we were on our way. I don’t know her name, but Varsity’s mom gets my vote for Trail Angel!

We’re starting to run into more NOBOs now. The shelters are pretty full. They give us some tips about Vermont, and ask us about The Whites and about Maine.  So we’re now 45 miles into Vermont. We’ve stopped in Killington for a shower and real food. Now we’ll hit some of the big mountains of Vermont – Killington, Stratton, and Glastonbury. 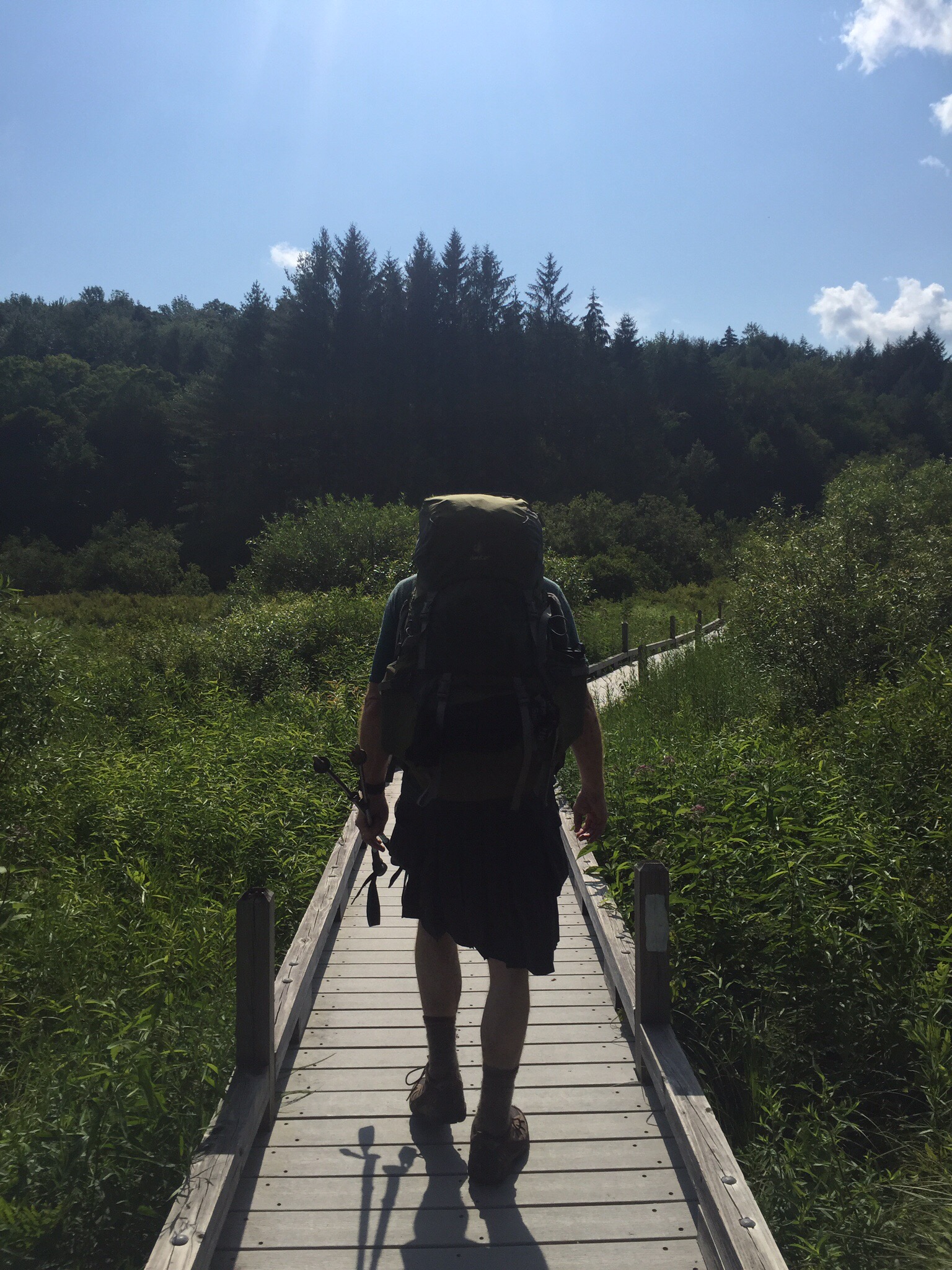 Crossing the bridge to Thundering Falks