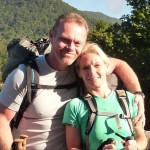 No Virginia Blues For These Two!

Let me start by saying I’m sorry it’s been so long since I’ve updated this blog. Since the last blog so much has happened it’s been a blur…

In short, Caboose and I have become huge fans of Virginia. We loved Damascus and our appreciation for this long stretch of trail has only grown since then.

A State Filled With Variety.

Almost immediately after leaving Damascus we began to notice how much different the trail could feel from mile to mile as we moved north. On almost any given day we hiked through areas that felt like we were out west, or in a rainforest, or summiting the crest of a stone monolith.

It was never boring! We loved the Dragon’s Tooth (even the descent), MacAfees Knob, Tinker Cliffs, Shenandoah (especially all the wildlife and the waysides). We even had fun while waiting out the rain for 3 days in Pearisburg. The river crossings were fun after that…? 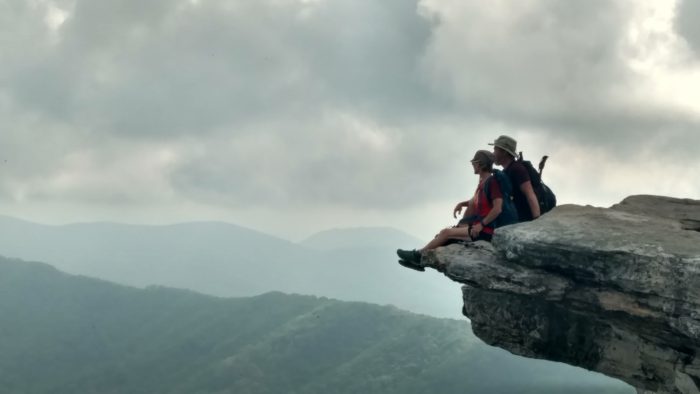 Be Careful What You Drink and Where You Put Your Feet!

There were a couple of downsides to our time in Virginia. After our Sawyer squeeze froze in the Smokies, we replaced it with a Steri-pen. It turned out to be a bad idea since I’m kind of impatient and I hated having to spend the extra time treating water. Well, at some point my laziness caught up with me and I got giardia.

For 6 days I laid on a couch in Charlottesville, never more than 30 seconds from a bathroom. Let’s just say it was a shitty deal!

In addition to my bathroom adventures, we suffered another really bad incident. This too was the result of bad judgement. Our good friend Molasses took a scary fall while climbing the Dragon’s Tooth. He’s actually lucky to be alive, having landed head first in the deep crevasse which splits the monolith. Thankfully, his only injuries involved his leg.

But, unfortunately, they eventually proved to be hike ending. Our good friend had to call his hike as we entered Maryland…he was in too much pain to continue. Walking away as he was headed back to Harper’s Ferry was a huge emotional low point.

So Why Do People Get The Blues?

I don’t think it’s at all about Virginia. In speaking with people who either quit the trail or just suffered from a loss of enthusiasm in northern Virginia, there was a common thread to their responses.

Almost everyone said it wasn’t fun anymore. The newness had worn off and they felt like they were just walking for it’s own sake. It seems like many hikers lose their enthusiasm between 2 1/2 and 3 months in. This just happens to coincide with northern Virginia for most NOBO hikers. Caboose and I were so thankful we had not reached that point. Hopefully we never will…

For now we’re dealing with aggravation over what feels like endless rain in Pennsylvania. But, that’s for a future post…

Until next time, “Keep on keepin’on!”

Hello! My name is Steve, I'm a 51 year old retired firefighter/paramedic. My wife Ivetta and I will finally be realizing our dream of thru-hiking the AT in 2017. We've been looking forward to this opportunity since we were married 32 years ago! Our trail names are Engine and Caboose...given to us on the AT years ago while hiking in a long line with our four children. In addition to hiking, we enjoy running, cycling, good food and craft beer. We'll be leaving Springer on March 8th and we can't wait to get the journey started. Hope to see you out there!