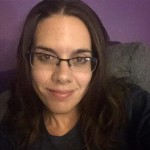 Walk Before Run, Section Before Thru

With my planned thru hike of the AT starting in about six months, and the majority of my gear now in my possession, it’s time to start testing and assessing my stuff. Yay! I officially have an excuse to go out hiking and camping every spare moment that I can and it’s actually for a good and responsible reason. So with that in mind, Phil and I headed out to Harriman State Park this past weekend to do a little 3-4 day section hike. It was wonderful…and interesting. Despite the late start, invasion of the boy scouts, and lack of water sources it was still one of the best weekends I’ve had in a very long time. I ended up coming “home” being homesick for the woods. 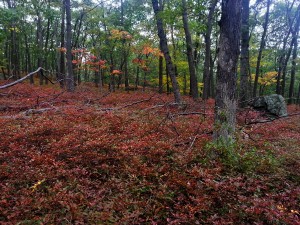 I usually weigh down my day pack a little for the extra exercise, but wearing a full 60L pack is an entirely different beast. Walking around on flat surfaces was fine, but as soon as we started up the first incline from the Elk Pen parking lot I was feeling it. If you’re looking to get your heart rate up super quick, start hiking with a 25-30 lb pack. Whew!!

We didn’t get out until early afternoon, so we only hiked around 5 miles or so before setting up for the night. We quickly realized that my day pack is too small for Phil and that he will need his own pack if he wants to continue backpacking with me. I carried the majority of the gear since my pack is 60(+10)L and his (my usual day pack) is only 24L, but I wear a small and he doesn’t. He carried the food and I carried most everything else. We needed more breaks than usual, but eventually got into the zone and started moving a little easier. Nearly got stuck going through the Lemon Squeezer though! It’s an appropriate name. 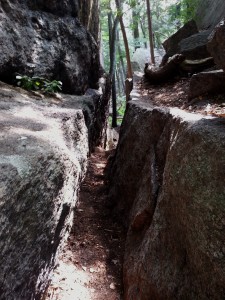 The first night we set up camp near the Fingerboard shelter at a nice spot that was maybe 200 feet from the shelter. There were a few people set up at nearby spots and a couple groups down the hill. After we got our tent set up, and our food strung up, we headed down to the lake to fill up on water. The lake is roughly a half mile from the shelter. We gathered some fire wood on the way back and were greeted by a small group at the top of the hill. One of them saw us and said, “Oh boy, you guys haven’t seen what happened yet.” He said that a group came in and set up camp near our tent. I looked around and could see 3-4 other big sites that weren’t taken yet. The man told me that they came in and started setting up at another site and saw that there was some garbage there. So instead of picking it up, or even switching to one of the other perfectly clean sites, they set up around our tent. ALL AROUND OUR TENT. I’m talking no fewer than 10 tents, literally surrounding our tent. That wasn’t quite what I was expecting. I walked into our very crowded little site and jokingly asked the first adult I saw how long we had been gone because it seemed that a city had appeared in just under an hour. I was then told by a smart ass little twerp that there are some pretty nice sites up the hill that we could check out…I not-so-quietly suggested that he should check them out himself. None of the adults/parents/leaders said a word to us and were so oblivious that two of them asked where we had come from the following morning. They crammed so many tents into such a small space that one man’s snoring kept us awake ALL night because his tent was only about 18 inches from ours. We counted at least 10 tents (with a minimum of two people each) and only 3 bear bags…that were maybe 3 feet from a tent. Cooking supplies were left out all night all around the tents. We saw several boys going down the hill to relieve themselves carrying toilet paper and never saw a trowel. Cell phones, laptops, DVD players…it was a nightmare.

Some of the nearby campers didn’t realize that we were not part of their group until it was too late. We looked for another suitable spot, but it was getting dark and we didn’t want to relocate after setting everything up. I also had to lay there listening to a very young boy tell his friend about how he prefers to “read his violence” as opposed to watching it. Says it allows him to imagine it in a more realistic way. Our other neighbors felt so bad for us that they were willing to make room in their much smaller sites for us, but we didn’t want to move in on someone else. It also rained most of the night and into the morning. It all worked out, but those poor scouts aren’t learning a thing about the woods, or survival, or leave no trace, or even hiking and camping etiquette. The following morning, two of the adults passed us on the way to the lake and asked if that was our tent in the middle of theirs. When I explained the situation they apparently had no idea we were even there. We were offered a consolation hot chocolate before they headed out…which we politely declined.

Sunday was much nicer. Almost everyone we passed on the trail was a SOBO thru hiker and very friendly. Thankfully, one group told us about a rest stop on the Palisades Parkway where we could fill up our water. All of the sources between the shelters were dry except for one that didn’t look too good. With all of the mines in HSP, if a source doesn’t look good, I don’t even want to try it. We got a little over 10 miles in and camped near the West Mountain Shelter. It has a beautiful view overlooking the Hudson River and the NYC skyline to the south…when it isn’t pouring rain…which it was…all night…again.

The following morning was chilly, but lovely. It was windy and clear. We watched the sunrise from the shelter and could see the light bouncing off skyscrapers in Manhattan. On the way up, the previous day, we passed a sign that the shelter would be closed for repairs starting Monday. Around 9am a bunch of ATVs rolled up with Rangers and workers and they promptly started ripping the roof off of the shelter. By the time we moved out, most of the roof was gone. The sign stated that the shelter would be closed for a month, give or take. 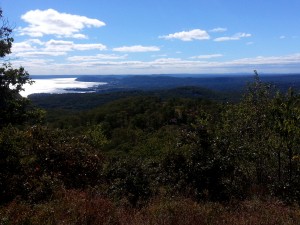 We allowed ourselves time to hike through Tuesday morning if we wanted, but decided to take Monday night to rest up before work on Tuesday. My Dad was kind enough to pick us up just off exit 19 on the Palisades (between West Mountain and Bear Mountain). So we got about 20 miles in, and got to camp 2 nights. 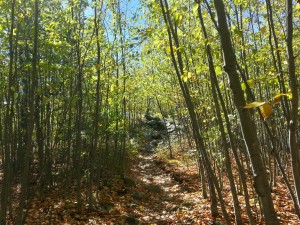 -the fit of a pack is SUPER important

-if you have to camp on the weekends, find a small, isolated site where you cannot be invaded

-a 2 person tent is too small for 2 people (which I knew going in, but I wasn’t going to carry my other, heavier tent)

-I need a LONG sleeping bag, and I apparently sleep best on my stomach while camping

-I AM a camp shoe person, but flip flips are NOT the answer

-My bf is pretty much the best sport ever and never complained once!

I’m hoping to continue to do overnights and small multi-day hikes to fine tune my gear over the next 6 months. My focus is starting to turn towards camp cooking and reducing my pack weight now.

Hiking NOBO on the Appalachian Trail. Nature lover, photographer, balloon hater. Always looking for my next adventure. I'll be writing about my journey from Amicalola Falls to Katahdin. Starting out with my buddy, Krums.