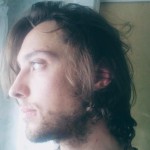 [Video] One Wing in the Fire: An AT Trail Angel Documentary

Rob Bird is what you call a trail angel: Someone who goes out of their way to help hikers along their journey by performing acts of trail magic. He is as dogged as the hikers he supports, shuttling dozens to and from the trail each season and allowing them the luxury of a shower and a bed, all for free. His home is a rotating menagerie of people infected with the brazen notion of hiking nearly 2,200 miles through 14 states.

Watch the film here, and read more about it below.

I had hiked into a small Massachusetts town on the promise of a three-dollar shower at the local gym, and was clean for the first time in a week, when I noticed a few of my fellow hikers standing next to a white van. As I approached, I saw the words The A.T. Friendly Van printed on its side, below a large decal of Casper the Friendly Ghost.

I didn’t get in, but I did stay in touch. Rob spends the better part of the year in Tennessee, and he offered me a place to stay when I got to that point. Sure enough, Casper was waiting for me when I broke out of the woods.

I finished my thru-hike, jobless and nearly broke, but newly inspired to chase a dream I’d let go dormant. I was going to make a documentary.

That winter I took a job in the kitchen of the Pinkham Notch visitor center, the same kitchen I had ordered lunch from when I passed through during my hike. I washed dishes, saved up, and in 2019 I returned to the trailhead to capture the trail angel phenomenon.

I wanted to make a film that AT hikers could show their friends and family and say, “This is what it was like, this guy helped me out.” For me, the Appalachian Trail experience was as much about the things that happened when I stepped off the trail as it was about hiking 2,200 miles.

This project would not have been possible without the graciousness of Rob and the hikers who let me share a piece of their story. Their tenacity and goodwill is what inspired me to see the film through to completion.

One Wing in the Fire  is currently in consideration for film festivals across North America, from the Smokies to Vancouver Island. Watch it, share it, and let me know what you think.