Today marks an unusual blog in that it is the first one since before I set foot on the approach trail that’s being typed on an actual computer as opposed to my phone’s keyboard. I can’t tell you how nice it is not to have to fight autocorrect at every turn, although I have appallingly lost some typing speed in my five month hiatus from using a real computer. I really thought hard if there was any point in my hike I’ve used a computer, but all I came up with was the computer I used at the NOC to print out my Smokies permit. That was AGES ago.

The computer is a luxury provided my dad who, along with my mom, is visiting for a couple of days. I suspect his ulterior motive in bringing his laptop was to make me feel obligated to write this blog, but I can’t complain as my parents have provided a wealth of luxuries in the last couple of days including:

So it’s been a nice couple of days. Let’s look at what got me here.

Currently in Bennington, Vermont at mile 1610.6, meaning I’ve hiked 181.3 miles since my last post. Also, because maybe this is a new, fun total to be keeping track of, I have 579.7 miles until I reach the top Mt. Katahdin in Maine.

I finished up with New York, and hiked through Connecticut and Massachusetts.  While 100 mile markers haven’t been that interesting to me since 1000, and my actual total is slightly off that anyway, I did cross 1500 miles. 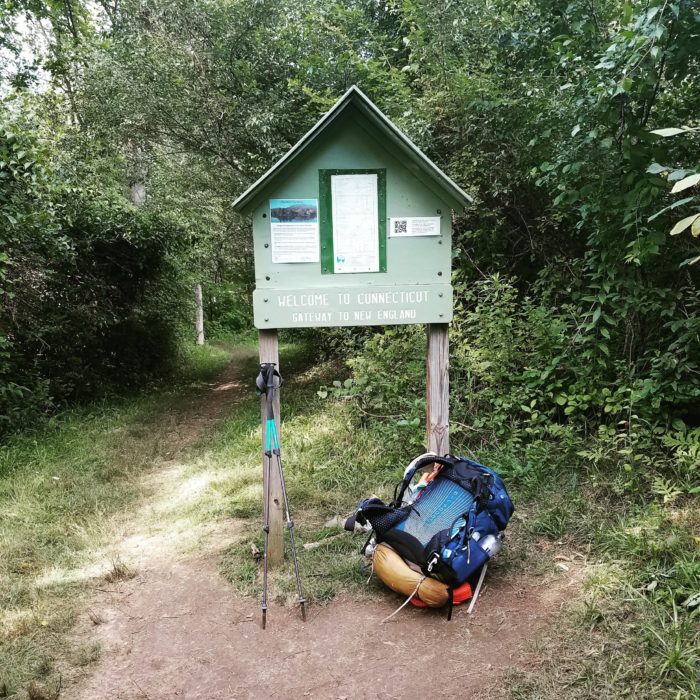 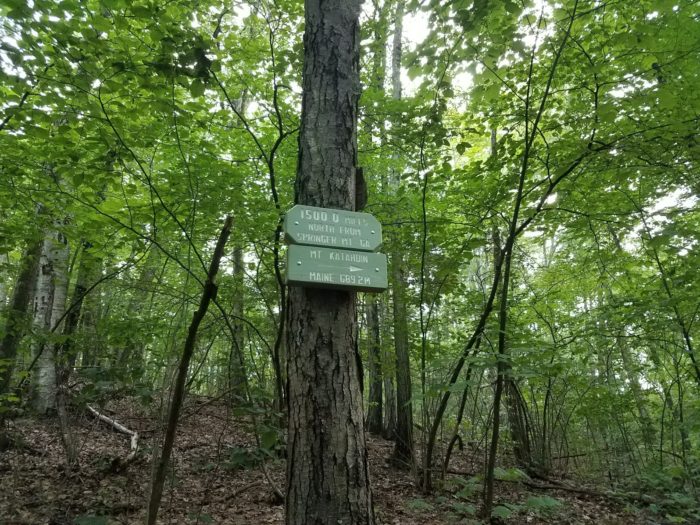 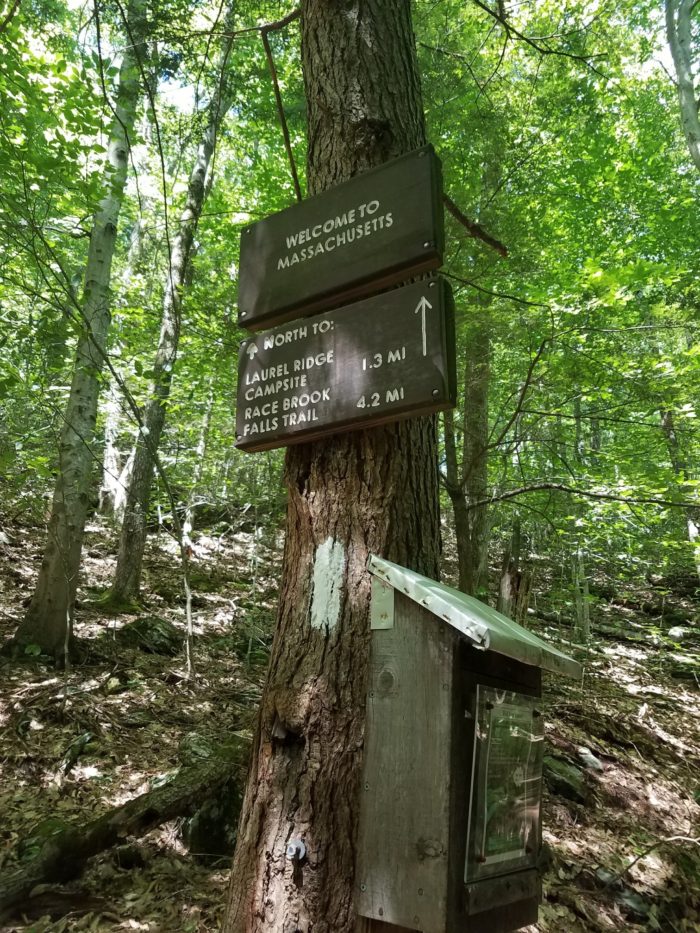 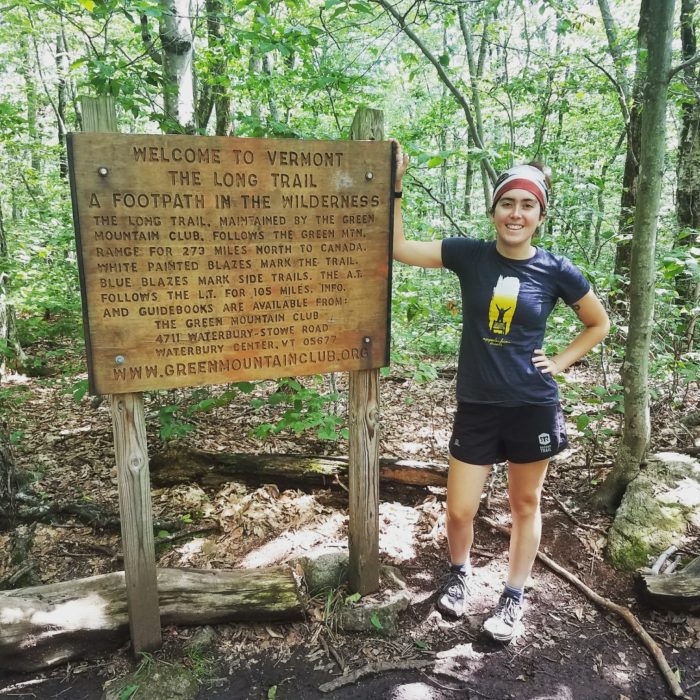 While I wouldn’t call it the worst stretch, I wouldn’t call it a fun one either. I feel like I’d been gliding along happily since Harpers Ferry, basically free from the mental struggles that plagued me in Virginia. I mean, all of my blogs from that point on rated their sections as 8 out of 10 fudge stripe cookies or higher. I actually was kind of under the impression that I was through the most difficult mental aspects of the hike. Sure, it was still a constant roller coaster of up and down mood swings, but that’s the new normal now. And I was on the home stretch.

But then I looked at 1500 miles and realized I still had almost 700 to go. That’s a lot. And the October 15th deadline to summit Katahdin is looming over me. I’ve done the math and know I have time. But I started back in early March (despite the cold) because I’m a natural born worrier and I just didn’t want to be hiking with that deadline in the back of my mind. I also wanted to enjoy myself and take my time, which I did at the beginning. A four mile day because there’s a swimming hole? Zero day because it’s raining? A week of sub-10 mile days because a friend is visiting? Sign me up for all of them. Last one to Katahdin wins. But then my feet imploded and all my cushion vanished.

I was also feeling my body breaking down. Since coming back on the trail after my feet issues, I’ve felt myself getting stronger and stronger. I was blown away by its transformation into a lean, mean hiking machine and I felt like my brain and my body were finally on the same page re: thru-hiking the Appalachian Trail. I remember climbing out from Lehigh Gap feeling like my arms, legs and brain were doing this perfectly choreographed hiking dance as I scrambled over the bouldering cliff face. I felt like someone could have filmed me and set it to a montage of epic music. But somewhere around 1500 mile mark, I felt like the scale tipped and suddenly I was on a sinking life raft with land in sight, just trying to plug the holes so I could make it there.

So what I’m trying to say is that my parents picked an opportune moment to visit.

From Connecticut on, I had been having some serious ups and downs in regards to the miles I could accomplish in a day. Some days I’d whip out 18 while rolling out from camp late and rolling in early. Some days it would take me all day to drag out ten. Those days I felt something strange happening with my body. My arms and legs felt like noodles, I’d get winded on the smallest incline, I’d feel light headed and would struggle to think straight. At one point I was trying to do some basic miles math: total miles I planned to hike for the day minus (miles since breakfast plus miles since lunch) = total miles I had left to hike. I couldn’t do it. I’d get numbers and then couldn’t remember what I was supposed to do with them or what their relevancy was. I couldn’t remember all the numbers I was working with. My immediate paranoia was that I had Lyme disease (it’s a terrible year for Lyme and thru-hikers around me are getting it like it’s the flu. It’s a bit terrifying), but I wasn’t seeing the bulls-eye rash and whatever was happening to me wasn’t consistent. I finally managed to use my addled brain to put together that my good days involved stops in town to get real food. It was hard to peg because I’ve been hungry since Virginia.

This is all thru-hiker hearsay, but I’ve been told it’s basically impossible to eat enough calories to cover the number you burn while spending 10 hours a day clambering over a mountain or two. You’re supposed to be eating 4000 to 5000 calories a day while also watching your pack weight, since a heavier pack equals more calories burned. Thus begins a careful dance of carrying just enough food but not too much, because food is easily the heaviest thing you carry. I was failing this dance.

One day I sat down at 10am to have a snack and somehow ended up eating all the food I had set out for the entire day. It was like my body was working completely separately from my brain. After a very slow two hours that involved me lying down on lots of flat rocks, I sat down again at noon and proceeded to eat every single other lunch and snack item I had in my food bag, leaving just two dinners and two breakfasts to get me through the next two and a half days before my next town stop. Again, it was like my brain wasn’t even in my body while it happened; instead it was just hovering and watching from above, occasionally shaking its head and muttering, “Girl, you are a mess.” The worst part was that at the end of it, I didn’t even feel full. If anything, it was like my stomach had realized it had permission to be hungry.

Finally, I passed a road crossing with a motel near the trail. Someone had commented on Guthooks with a list of food places that delivered to said motel, and in desperation I called one of them to see if they would deliver to the road NEXT to the motel. I’m guessing I wasn’t the first thru-hiker to try such a ruse because they didn’t bat an eye. I wasted an hour and a half of daylight waiting for the delivery with no regrets and then ate, in one sitting, a half a large pizza, 12 jalapeño poppers, a large salad and a slice of carrot cake. I packed out the rest of the pizza to last until I got into town to meet my parents, but then ate it all with my breakfast the next morning.

So that was the state I was in when I dragged myself into town to meet my parents. I ate everything I could find while I waited for their flight to come in, and since they were pretty up to date on what was happening during my hike, they knew I had spent my last stretch starving. What had been Project “Let’s visit with Becky and let her get miles in while also taking a bit of a trailcation” turned into “Let’s see if we can get Becky to gain 10 pounds in the three days we’re here.” 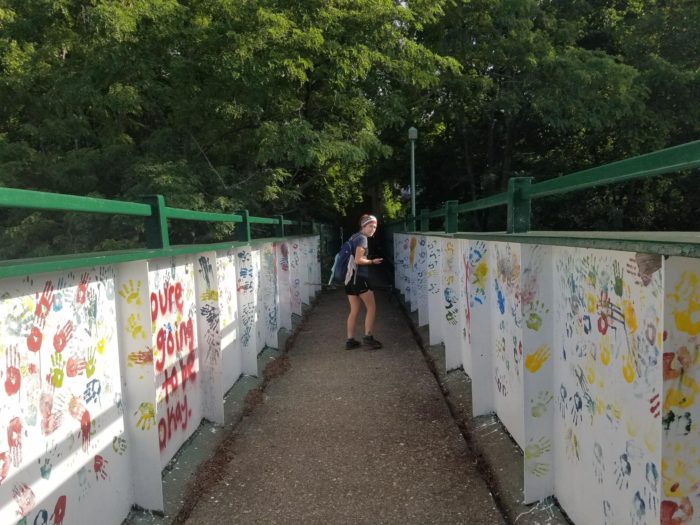 Although miles were still made

It’s been disgusting and amazing and indescribable. I can fill my stomach a million times over and still have this weird little itch whisper “more” from somewhere in my abdomen. My parents have dutifully taken me to gorge myself at Dunkin’ Donuts and Taco Bell and anywhere else my stomach screamed, “THERE, GO THERE,” at.

I wouldn’t have made it through this stretch if it wasn’t for the Running Spring Farm snack stand and the cookie lady, both trail magic mainstays that provided calories in a pinch. I also would like to give a shout out to sobos, who I’m seeing on the trail with more and more frequency. The quick exchange of town info and future terrain that happens whenever I see one is so supremely helpful, I can’t imagine what I did before it.

The bugs in Connecticut were like nothing else. With Massachusetts came actual mountains, which I had realized I was kind of missing during the flat mid-Atlantic. They’ll only get bigger as I go further north and I’m anticipating the Whites with both nerves and total excitement. 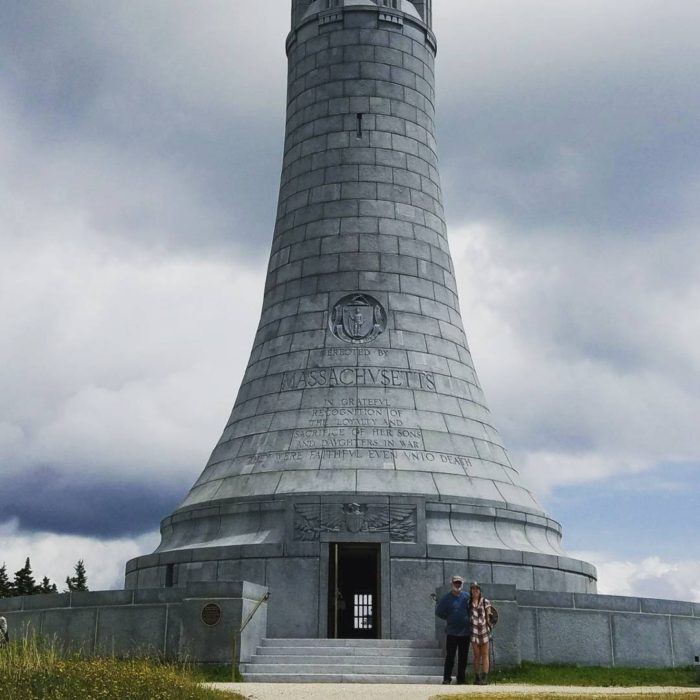 The war memorial on the top of Mt. Greylock in Massachusetts 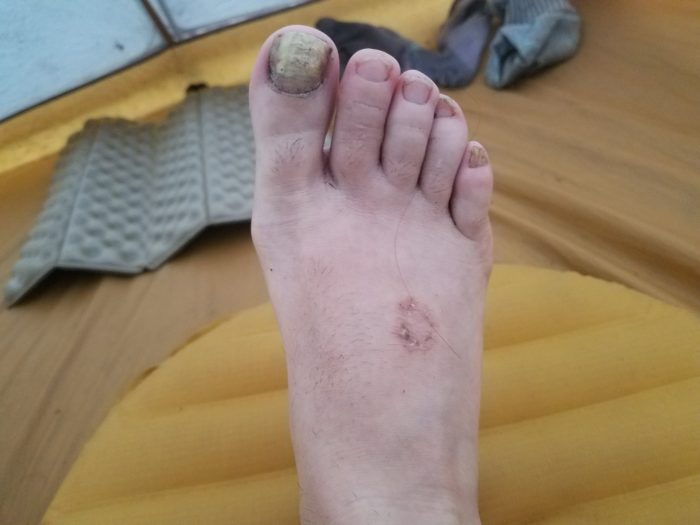 I feel guilty giving this stretch a bad score while I’m showered and fed and laying on a queen sized bed in the same room as my parents, but man did I spend a lot of time thinking I had Lyme Disease. I give this stretch 4 out of 10 fudge stripe cookies.

Those that have started following this blog recently may not know that I’m also fundraising for the International Rescue Committee.  OG readers may have forgotten.  Let’s help each other remember by including a little shout out to them in all ensuing blogs.  https://www.crowdrise.com/walking-for-irc/fundraiser/jeffreybooroojian.  Please consider a small donation to a very worthwhile cause.