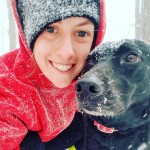 Wetfoot and Arry, Vol. 5: Days Nine and Ten, into the Wilderness

We entered the 100-Mile Wilderness. 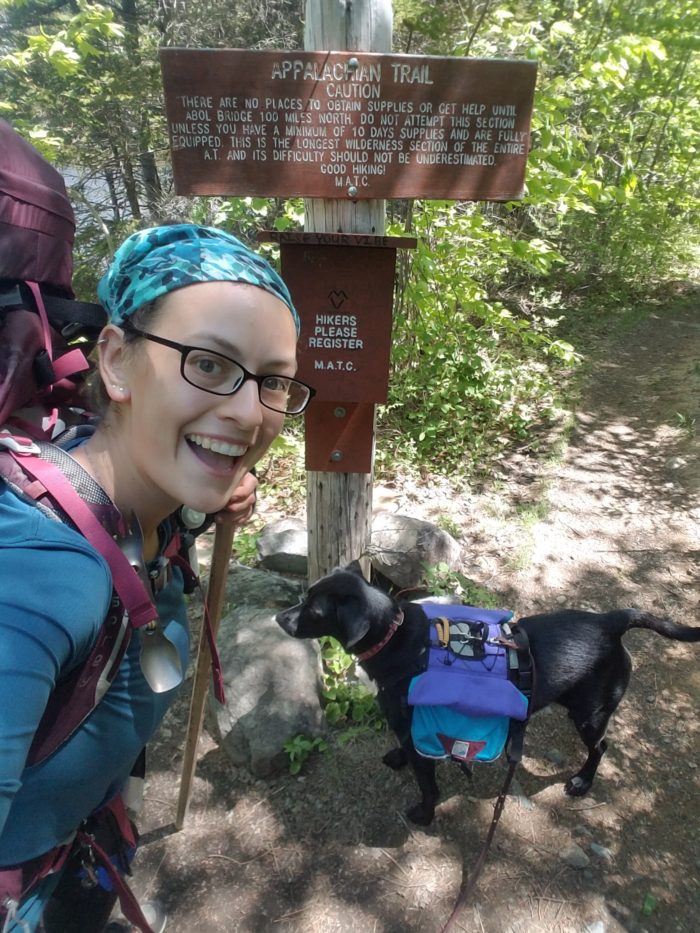 Welcome to the 100-Mile Wilderness.

It was a lazy morning.  I woke up at the normal time, packed up, and ate a delicious breakfast of eggs, bacon, and blueberry pancakes! It was nice chatting with Smeller and Mr. Whiskers, who completed the AT in 2017. Also at the table was Zuzu, who hiked the PCT last year, and Grita, hiking for 30 days with Zuzu. According to Smeller and Mr. Whiskers, the black flies should be mostly gone by New Hampshire. We shall see. 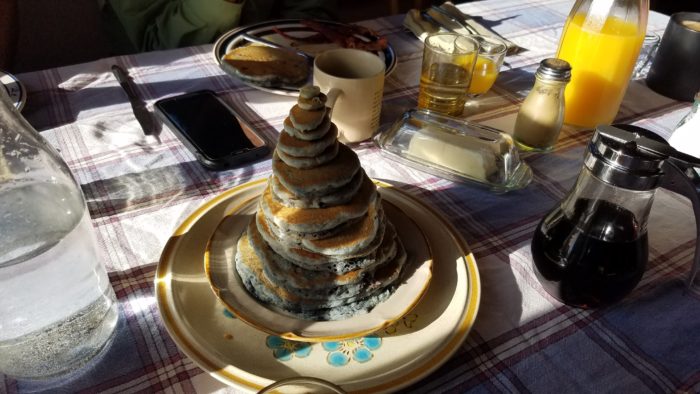 Then it was off to the post office to mail more things I decided I didn’t need. I watched Poet perform a shakedown of a hiker’s pack. A lot of it was good information, although I can’t be quite as light because I carry the dog’s extra items.  I’m sure Poet would not be a fan of my three maps, as he recommended ripping the hiker’s one book in half and only carrying half of it.

All in all we had a great stay at Shaw’s.  Although by 9 a.m. I could tell Arry was getting antsy. I accidentally said, “Ready to go hiking?” and she jumped up all excited a few hours before we were ready to leave.

We said adieu about 11 a.m. At the beginning of the hike there weren’t many bugs out for some reason.  It was a gorgeous day, with a great view of Bear Pond from the ridgeline. I feel like I appreciated the view even more due lack of bugs trying to suck my blood, something you don’t quite realize infiltrates you so completely. That’s when Arry decided we needed to take a break. I didn’t complain. 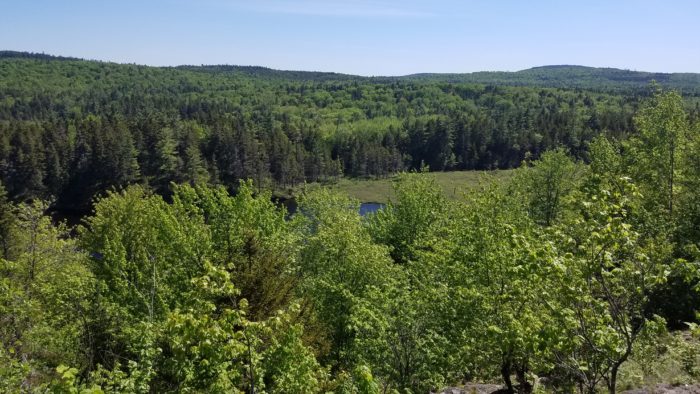 View from the ridgeline.

The theme of the day was roots. There were roots everywhere! You can’t walk in a straight line; you have to jump around on the trail.

Without Arry I would have gotten turned around many more times than we already were! At one point we followed a white blaze down and around to where we were supposed to ford a stream. Instead I thought I saw a clear path up a hill with a white blaze at the top, so we climbed up. Turns out we’d already been there. If only I listened to Arry. She knew we had to cross the stream.

Things got a bit emotional near the end. As we were fording Big Wilson Stream, I picked a spot that was too deep and too fast for Arry to cross. So she wouldn’t. Good girl. I walked across, put my pack down and crossed back again, slipped and fell flat onto my butt. Finally I took Arry’s pack, and we found a spot where she could safely cross.

Once we were across, adrenaline I didn’t even realize was pumping turned off, and my legs felt like lead as we climbed a laboriously long slow incline. 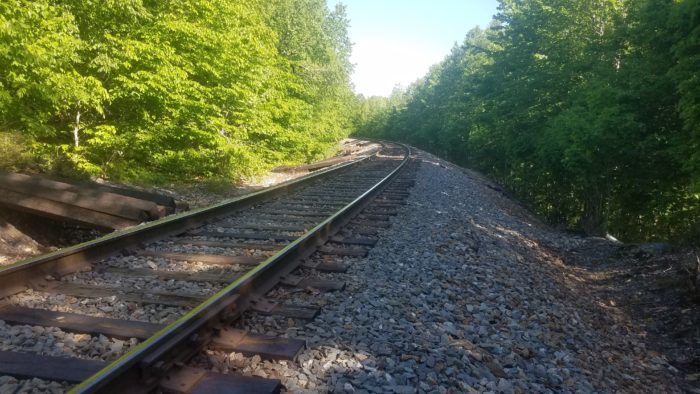 Then we came to the train tracks. They’re still in use as I heard one go by just a few moments ago. Thankfully there were none passing by when we got there.  They smelled like burned wood. Arry dashed across and into the trees on the other side. I called her and she sprinted back out. But then I couldn’t see and I panicked, and called again, looking for her in both treelines. She was standing right behind me!

It was a much harder ten miles than the guidebook made it seem like. But we made it. Now to rest, and take it day by day.

Big miles today; I’m ready for sleep. It is hard to believe that yesterday morning we were eating pancakes at Shaw’s.

We left early in the morning becausethe weather forecast predicted rain about 4 p.m. I have been going back and forth in my head about trying to make it through the 100-Mile Wilderness in less than ten days. My sister is meeting me Friday and we will stay in a hotel and I’ll day hike the summit and ten miles from Abol Bridge to the trailhead. Partly, my concern is about what we will do with the dog on Sunday, as we don’t have a hotel because we need to drive back. I know Arry can handle more than the ten or so miles we have been doing. I figured we would make it to Cloud Pond, and decide there.

The trail out of Wilson Valley was nice and cool in the morning air as we listened to the birds chirping. I didn’t need to use my bug net all day! Part of that I’m sure was due to the impending rain.

The nice walk in the woods ended along Pond Stream, which we needed to ford. Again, I picked a route too deep and fast for Arry. So I walked over, took off my pack, as I had before. But this time I dropped my hiking stick! As I slipped trying to get it, all of my clothes became soaked. But I did retrieve it!

Arry made her way across a much easier section. I’m not sure why I don’t just follow her on these things yet. 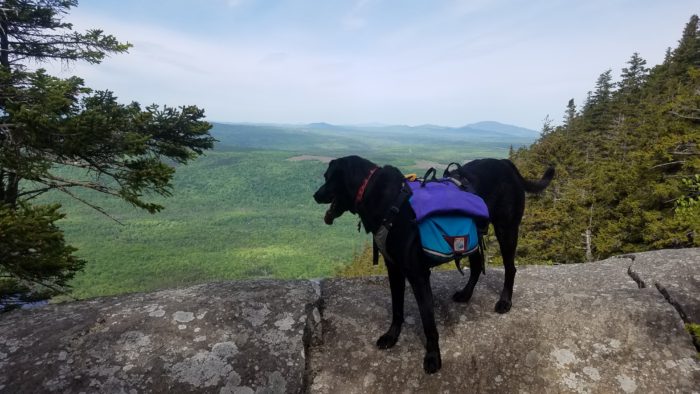 It was a steep climb up to Barren Mountain. There was a gorgeous overlook where we stopped for a short break. At the summit there is the remains of a tower, although what it is remains of I’m not sure. 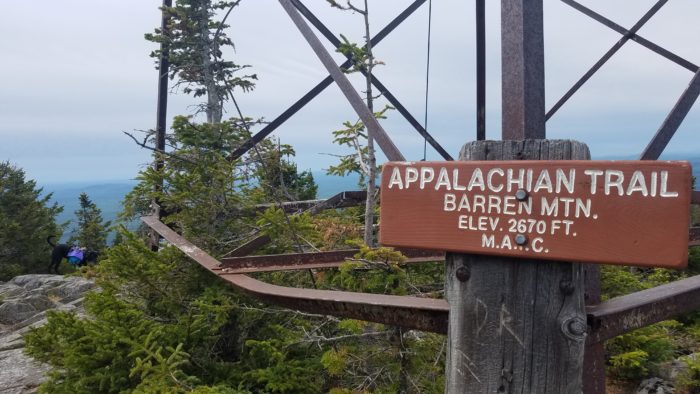 We made it to Cloud Pond by 11. This time, with the impending weather, I decided to push on.  Looking at the upcoming terrain, I became nervous about hiking from Cloud Pond to Chairback Gap in slick conditions. So we pushed. 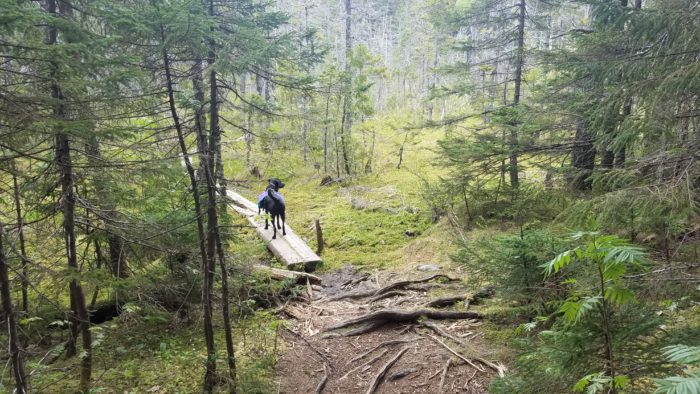 Fourth Mountain bog reminded me of bogging at Camp Cherith of WNY. We tied garbage bags around our legs and walked through the bog as a fun activity. One time we found a snapping turtle! No bogging in this bog; this bog has signs saying please stay on the planks.

We climbed Fourth Mountain.  I could feel the air starting to chill and the wind pick up. 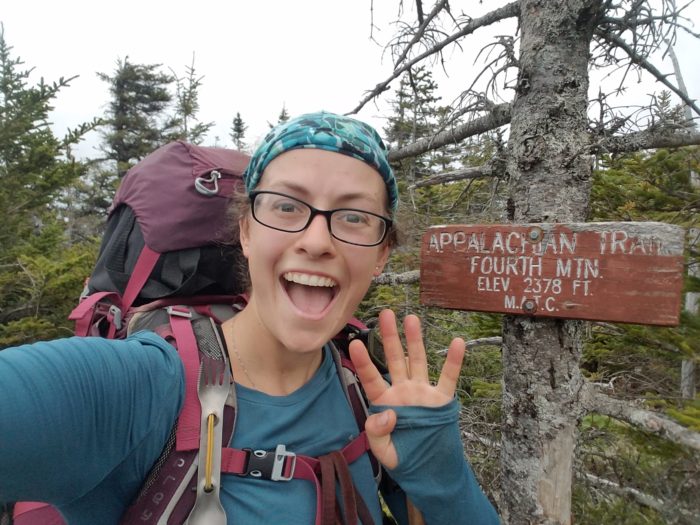 We climbed Mount Three and a Half, and the sky was stark white, compared to blue earlier.

We climbed Third Mountain. And I could feel the fatigue setting in. Arry looked tired, so I took her pack off her harness and attached her pack to mine. 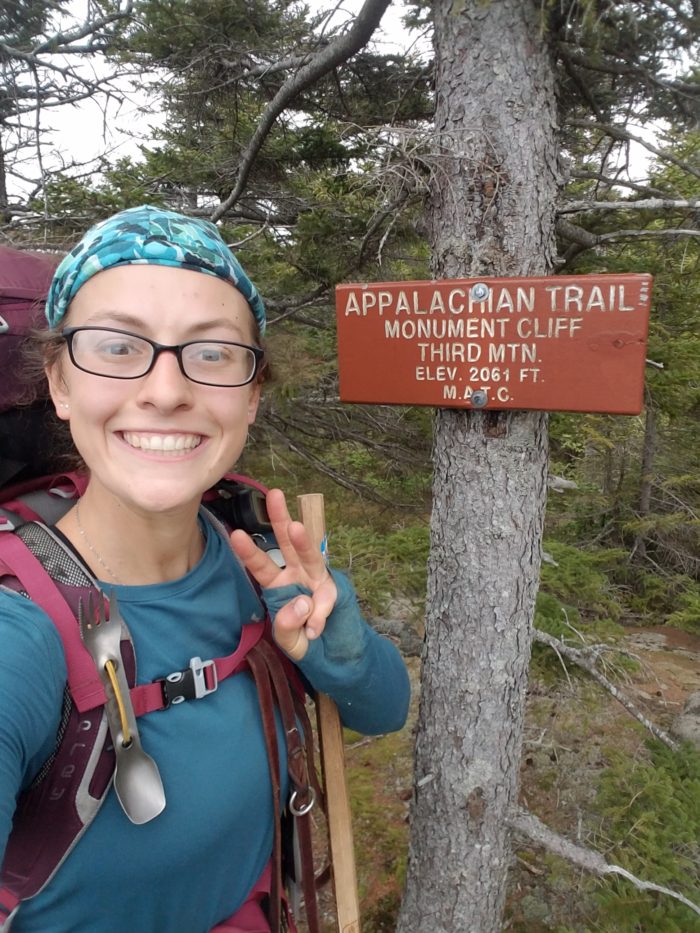 As we walked we met an older hiker. He said he knew the rain was coming, but he was too tired to make it to the shelter. I encouraged him to find a real tent site just a little farther on. I hope he made it.

Before we left, he told us of a dog that he helped get to the vet recently.  The dog had been rapidly losing weight and became extremely lethargic. It is sad to hear, but not all dogs do well on the trail for any number of reasons.  I do and will continue to work hard to make sure Arry remains healthy and happy. It is her hike too after all.

At the spring, before Columbus Mountain, I stopped to fill to fill up water. Jukebox, the ridge runner I met at the Appalachian Trail Conservancy in Monson when I picked up my thru-hiker tag, suggested I fill up there because the stream by the campsite is very algae-y. So I took her advice, and filled up three and a half liters. It was heavy. Reminded me of how heavy my pack was hiking up Bigelow Mountain. 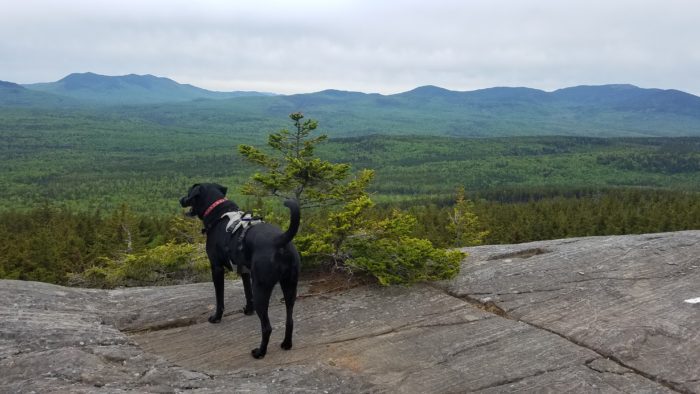 The climb up Columbus (which I guess is Second Mountain?) was slow. I had “I like bananas and coconuts and grapes… that’s why they call me Tarzan of the apes!” stuck in my head. It started spritzing, and I completely missed the summit of Columbus.

But we made it. We made it to Chairback Gap just before the rain. We did 100 miles in ten days! (OK, 99.7 but I’m going to count it.) It is a huge accomplishment and I’m stoked, but also ready for bed.

There are more and more southbound hikers I run into every day. We are sharing this campsite with six, and we passed five others as we hiked. I’m a little worried now that I made the wrong decision. All the SOBO hikers have mentioned a huge boulder section where they had to climb hand over hand. I’m a bit nervous about maneuvering through that terrain tomorrow after all this rain. But I suppose that is part of this experience. Making the best decisions you can and living with no regrets.