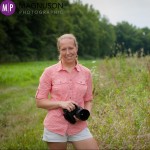 I haven’t posted a trail update here in over 400 miles, but we did keep hiking! Heck, I’m 400 miles behind on our personal blog too, but whatever. The point was to hike or there would be no stories to tell.

Muskrat and I ironed out the initial kinks and got over the shock of starting the trail. We fell absolutely in LOVE with a diverse array of other grubby wonderful adventurers migrating north with us! We hiked, learned, partied, and hiked some more!  There were many many moments of awe and perfection. There were a few moments of anguish too. 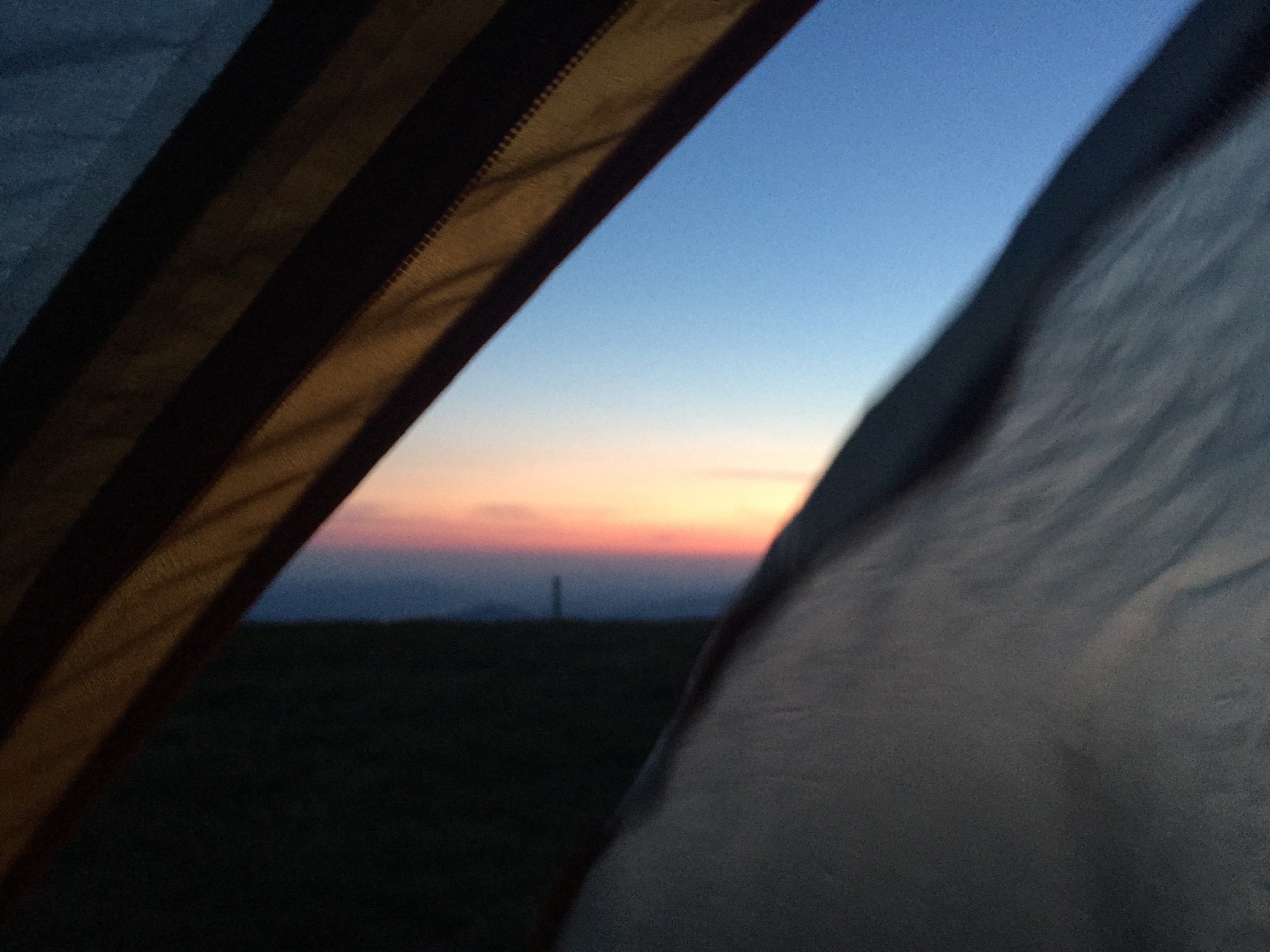 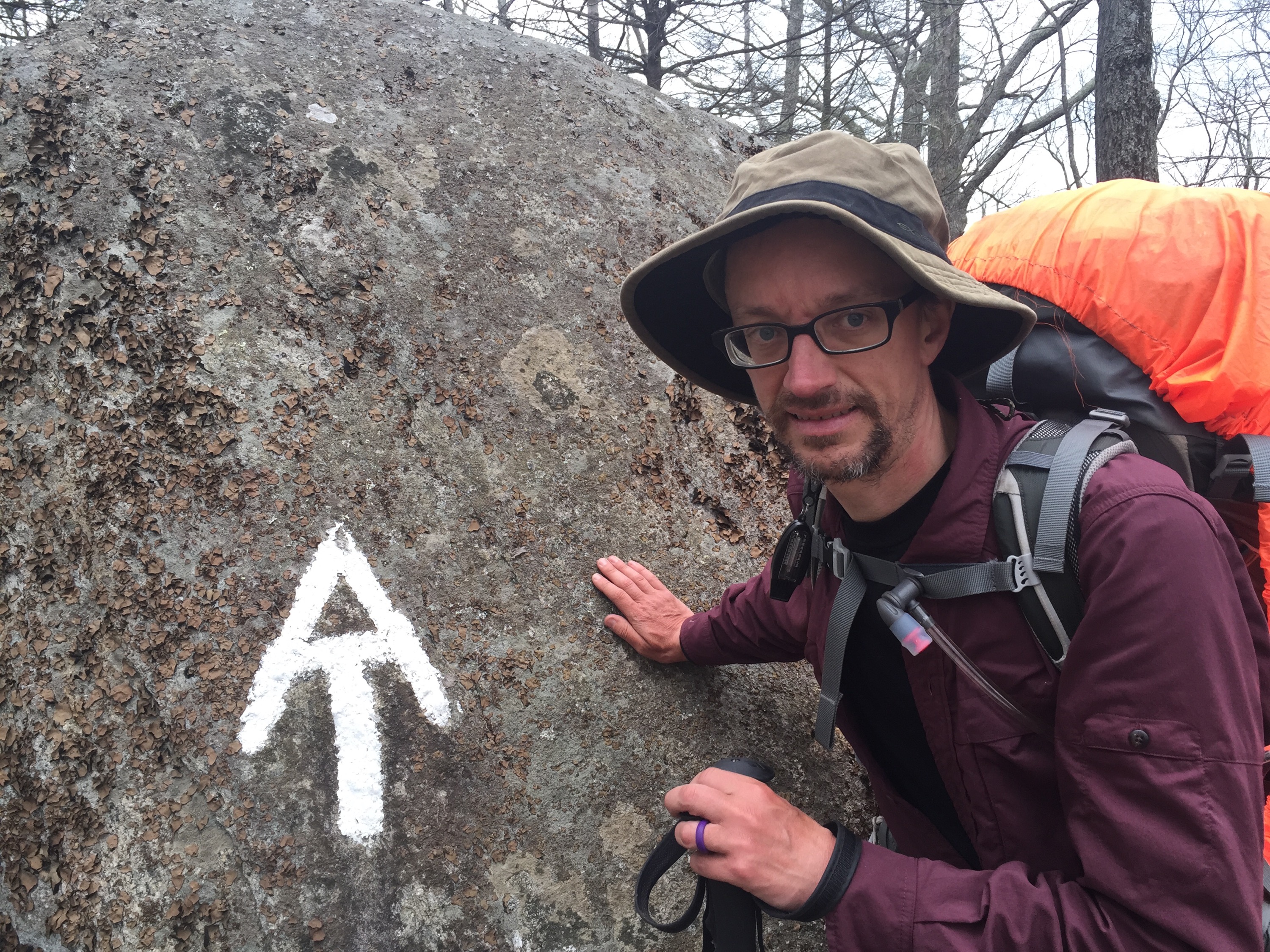 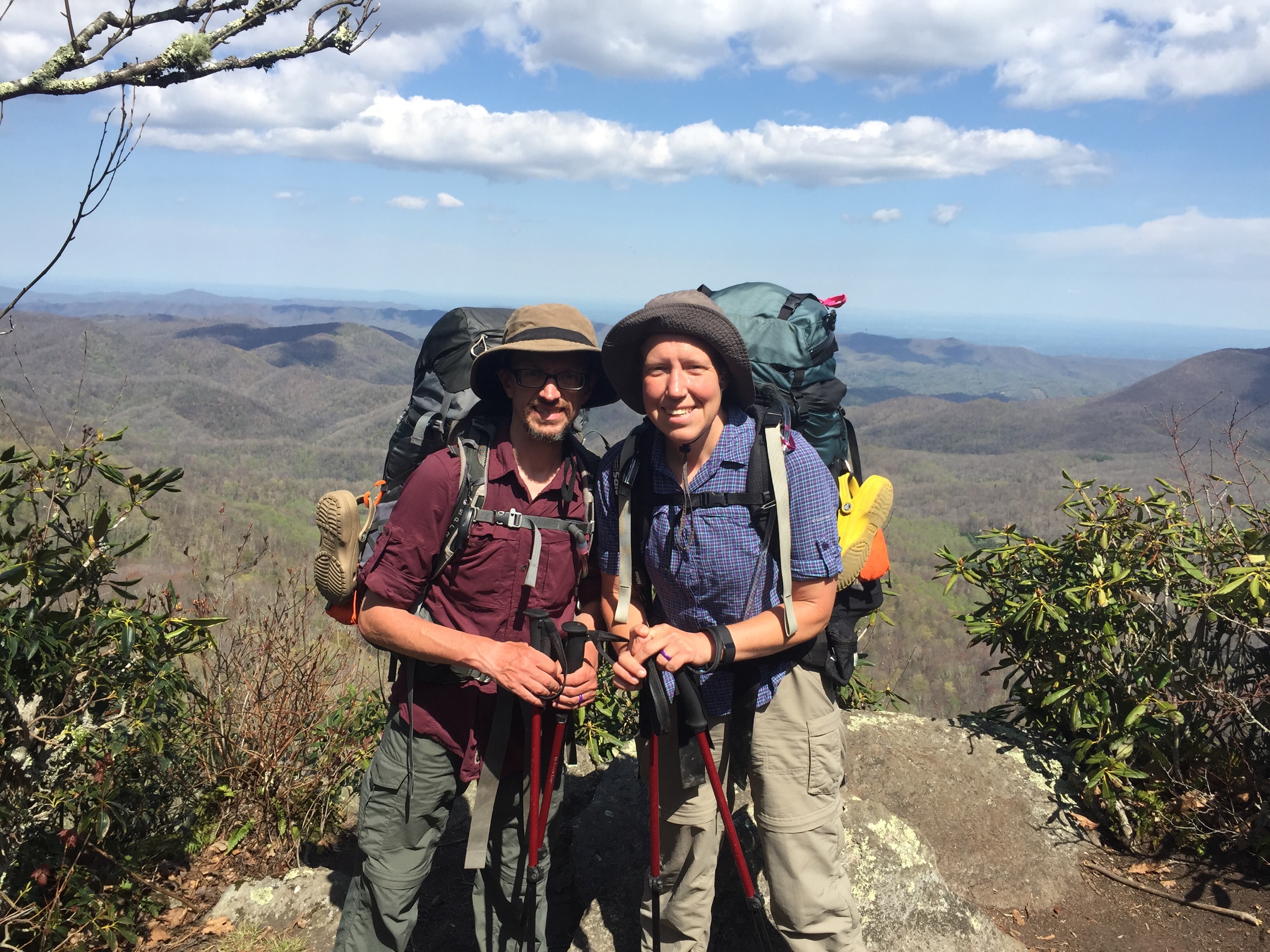 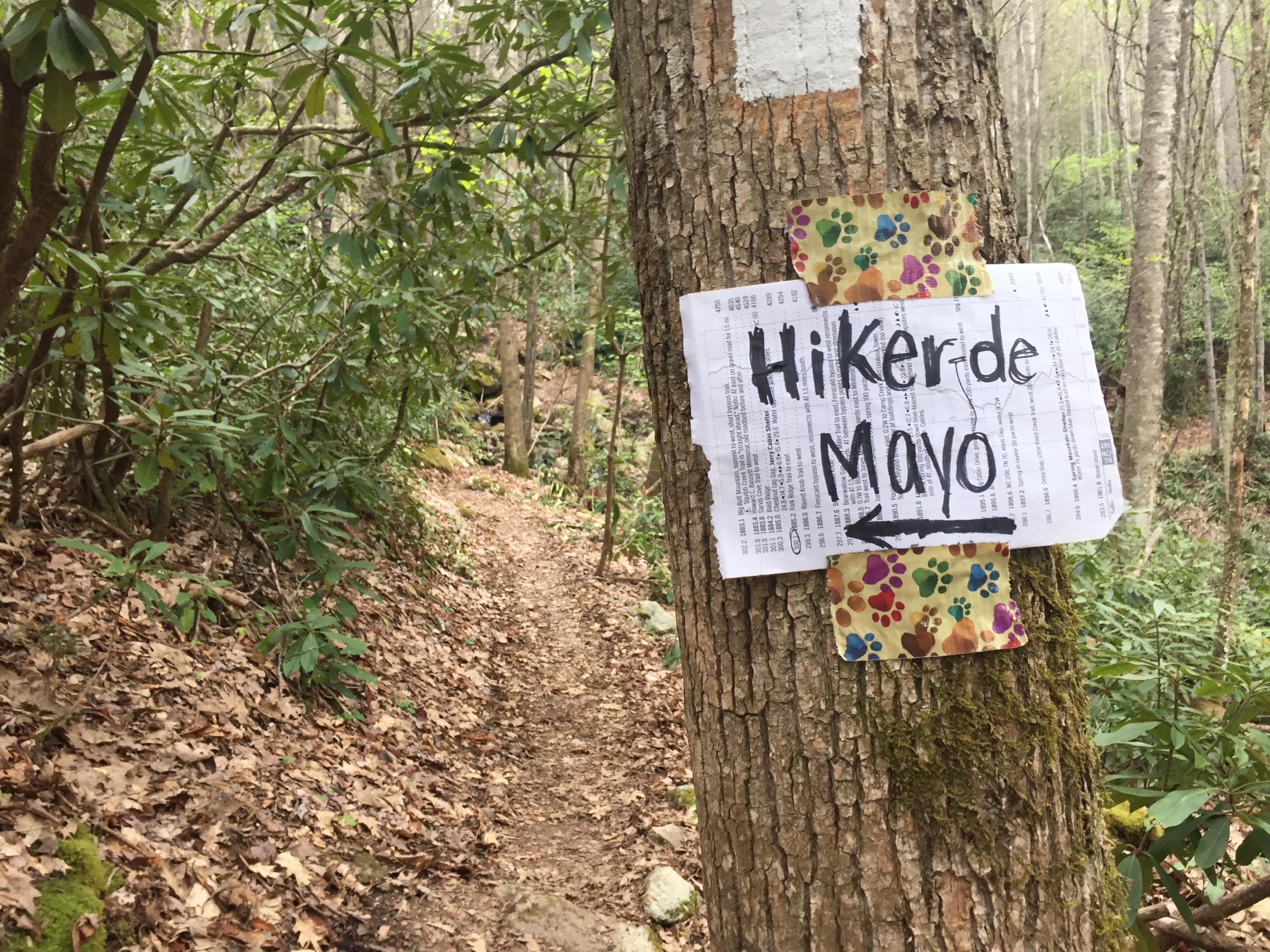 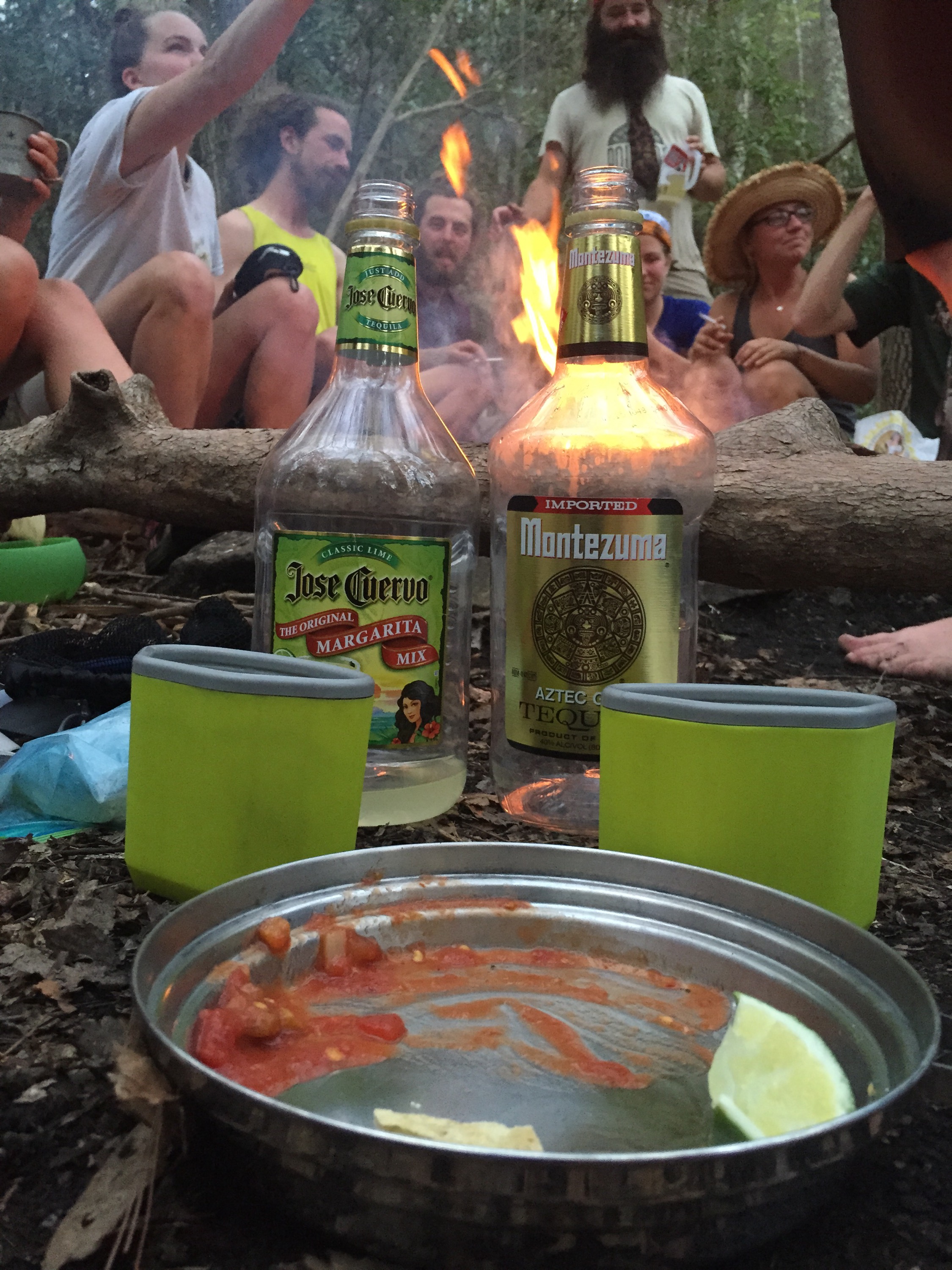 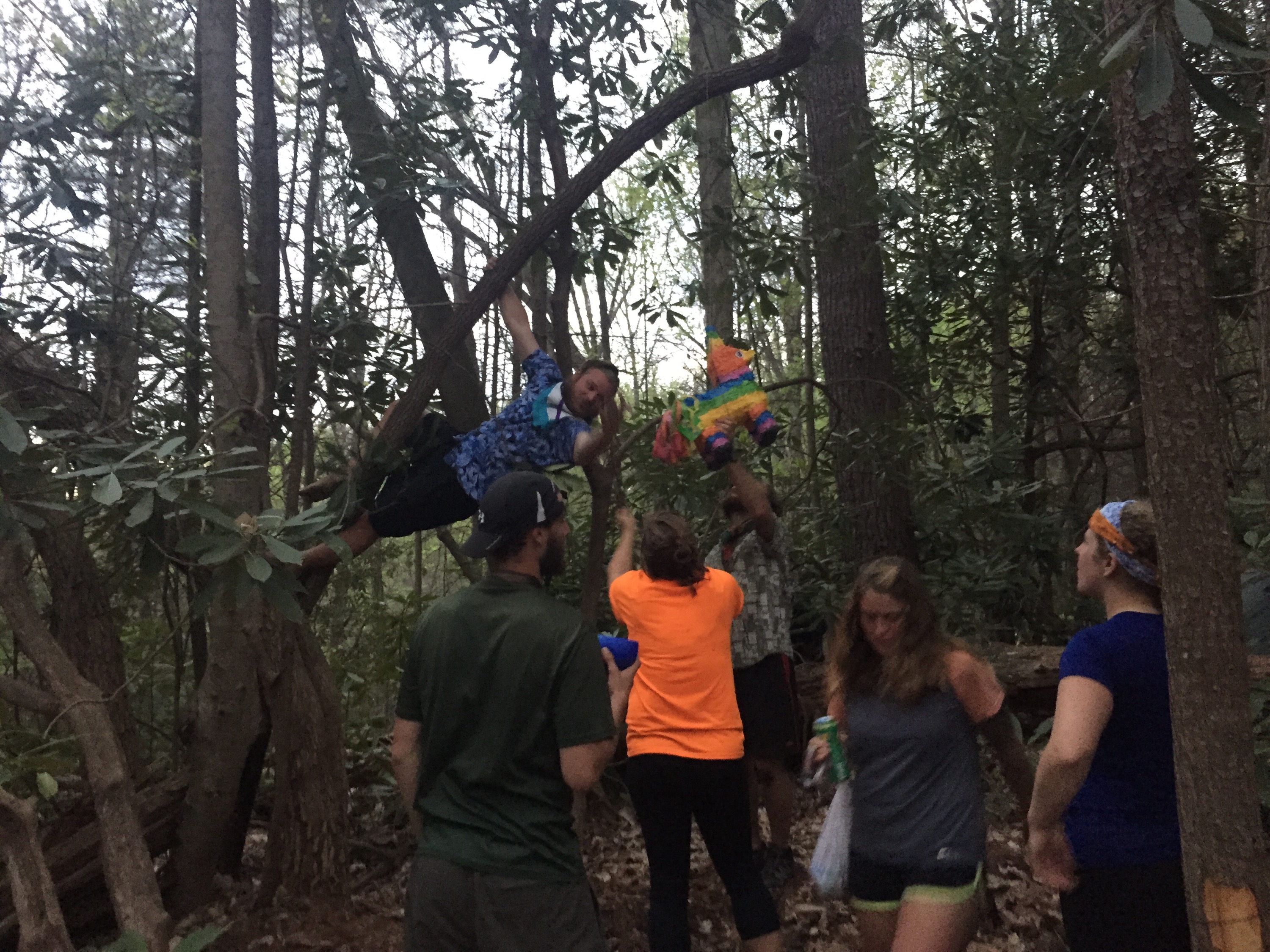 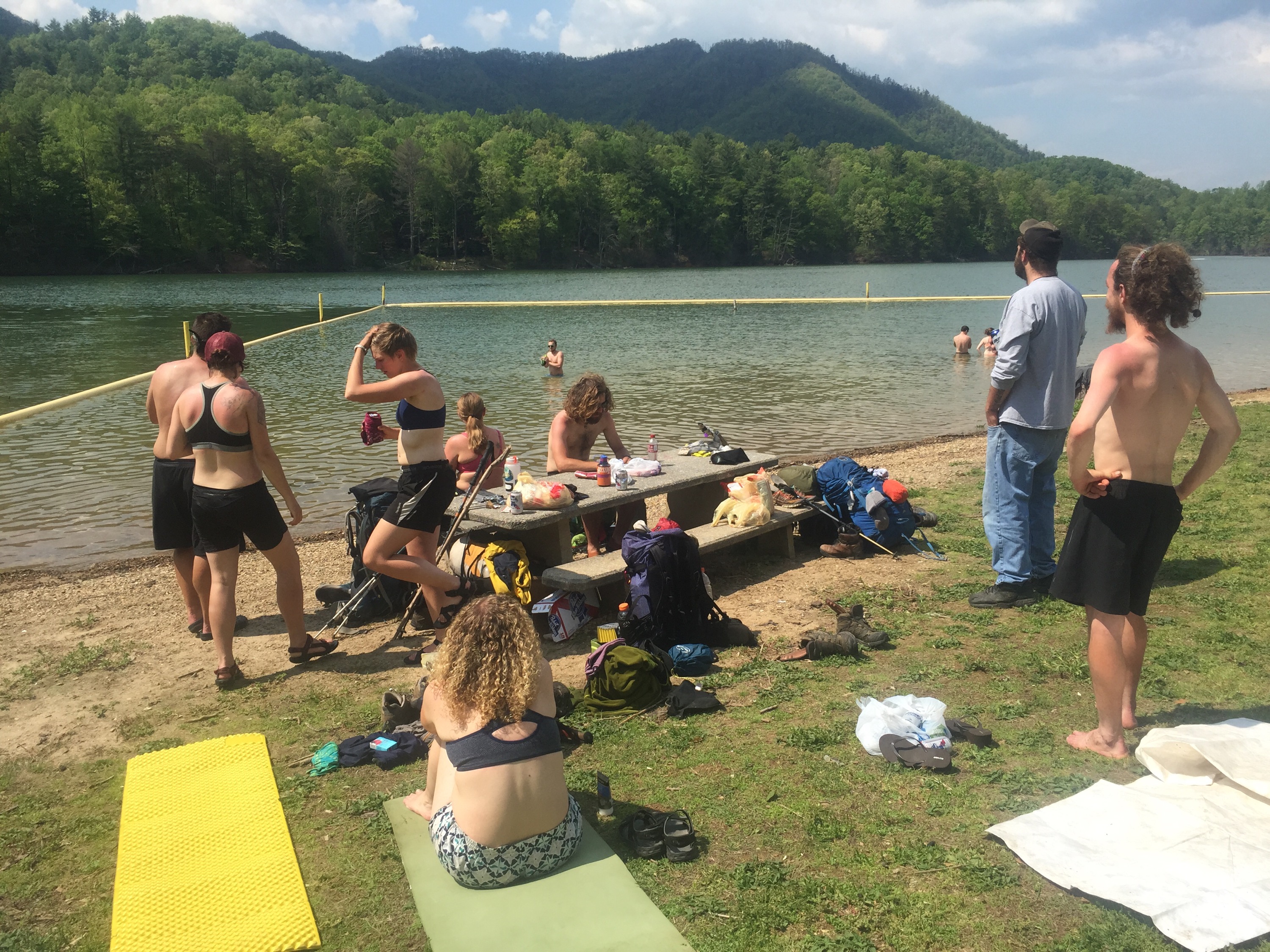 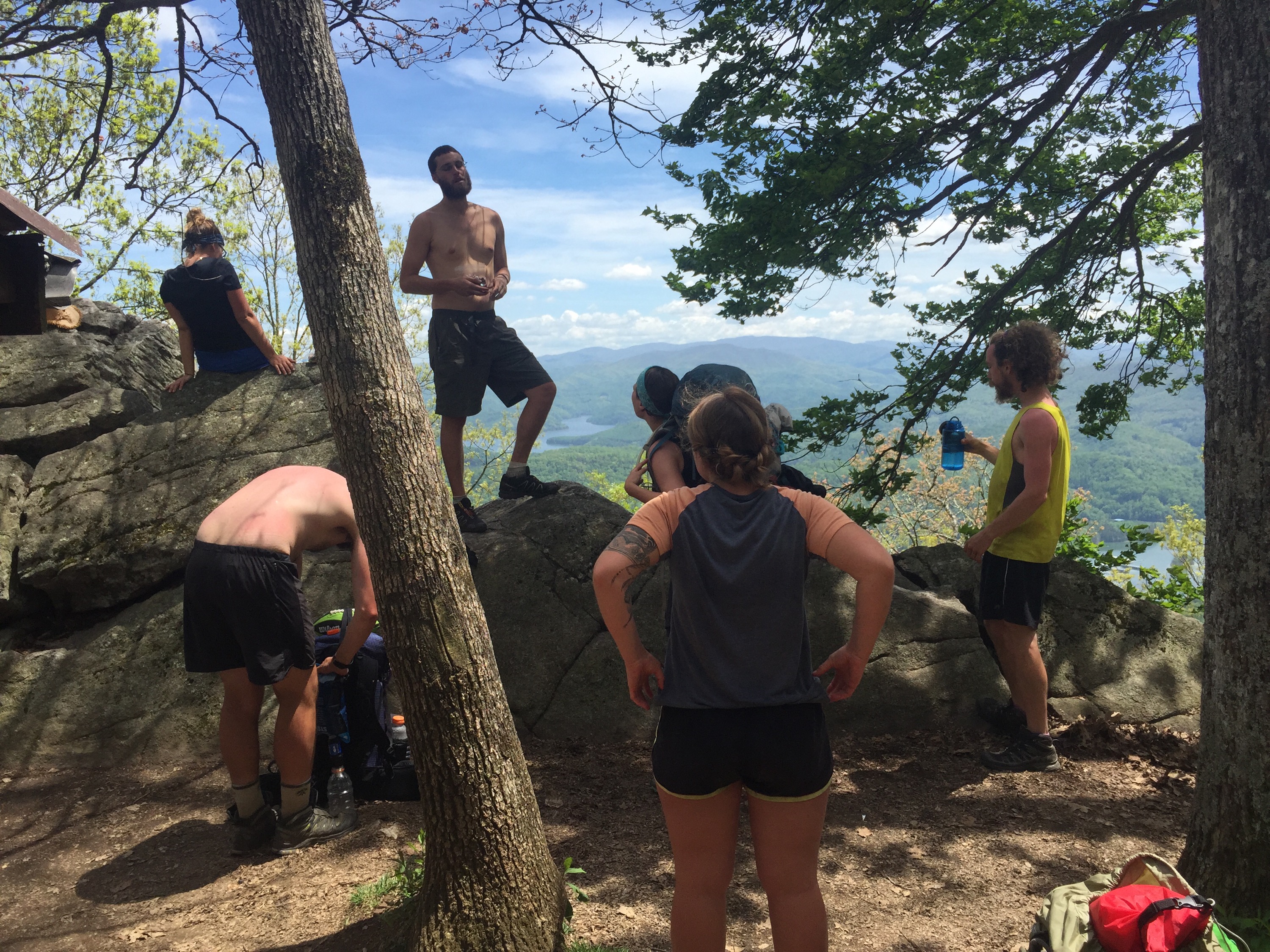 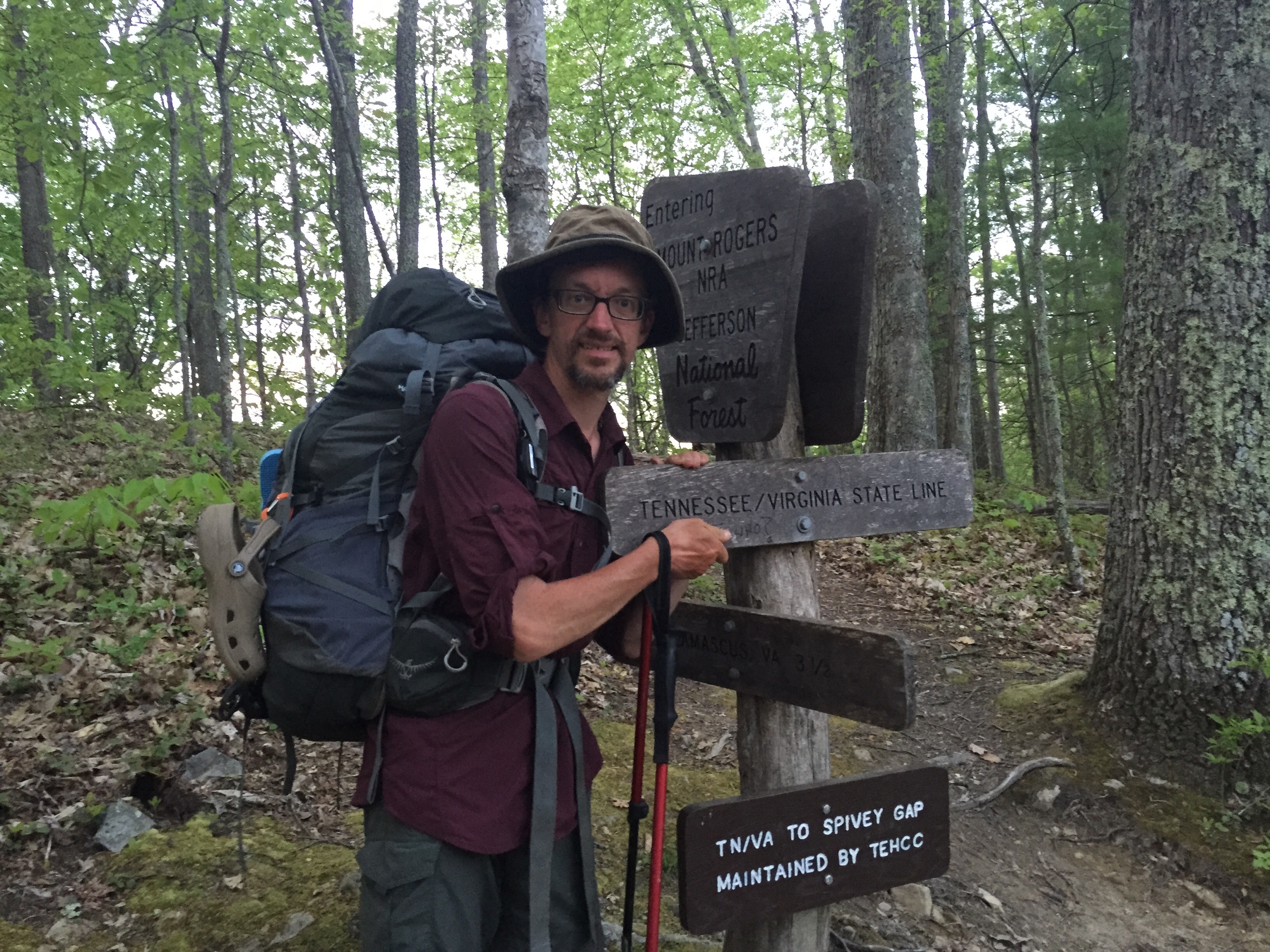 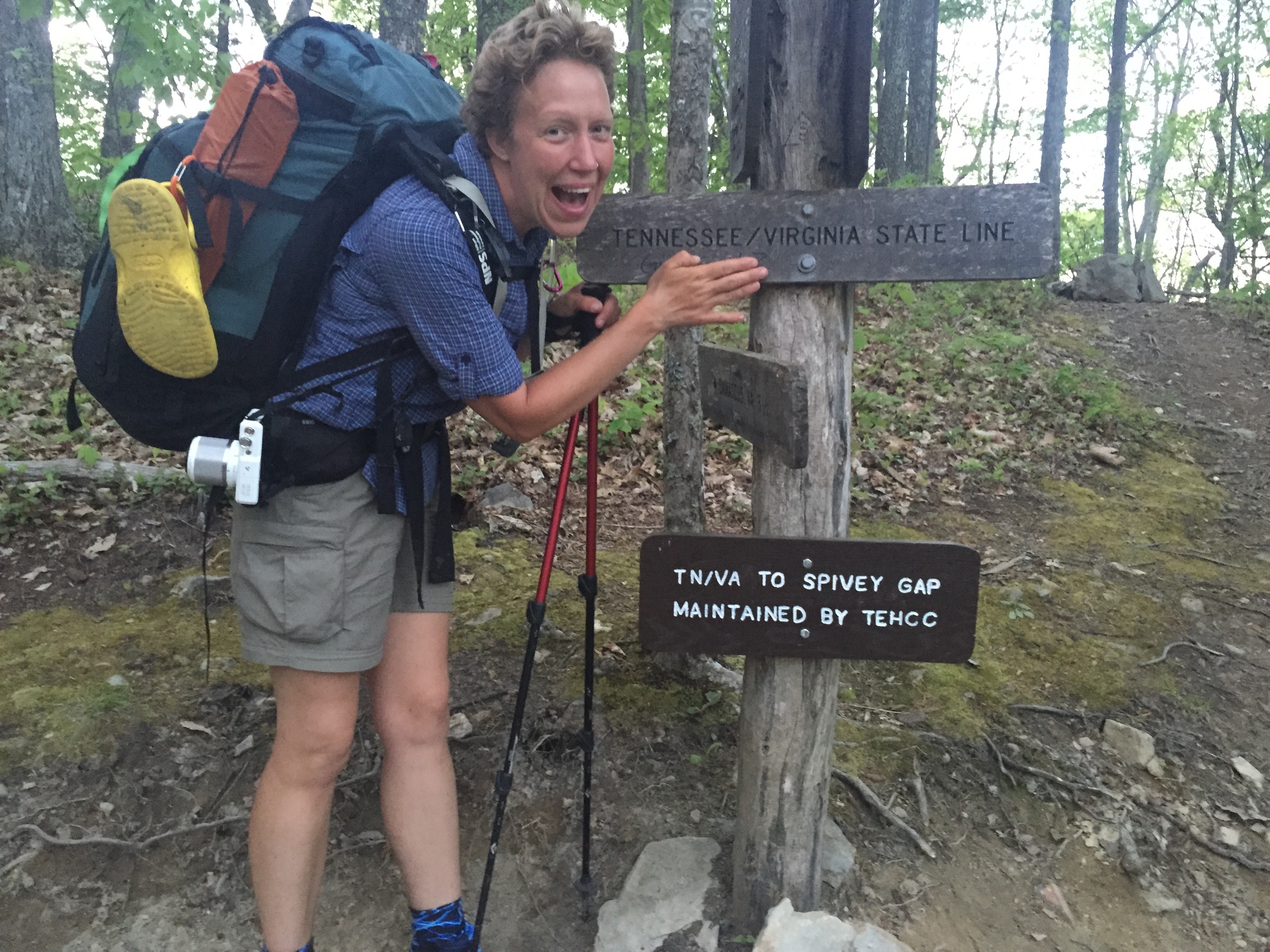 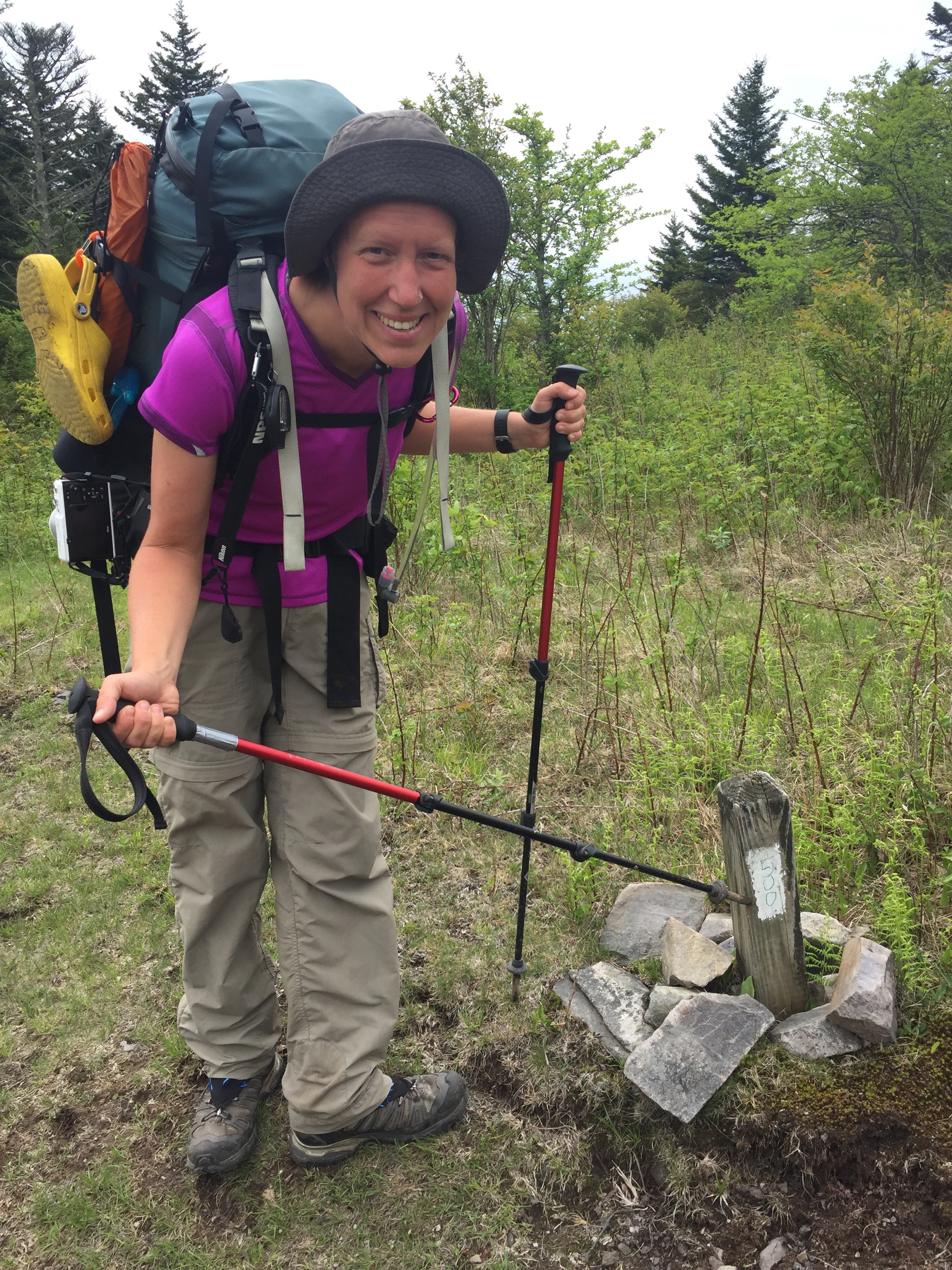 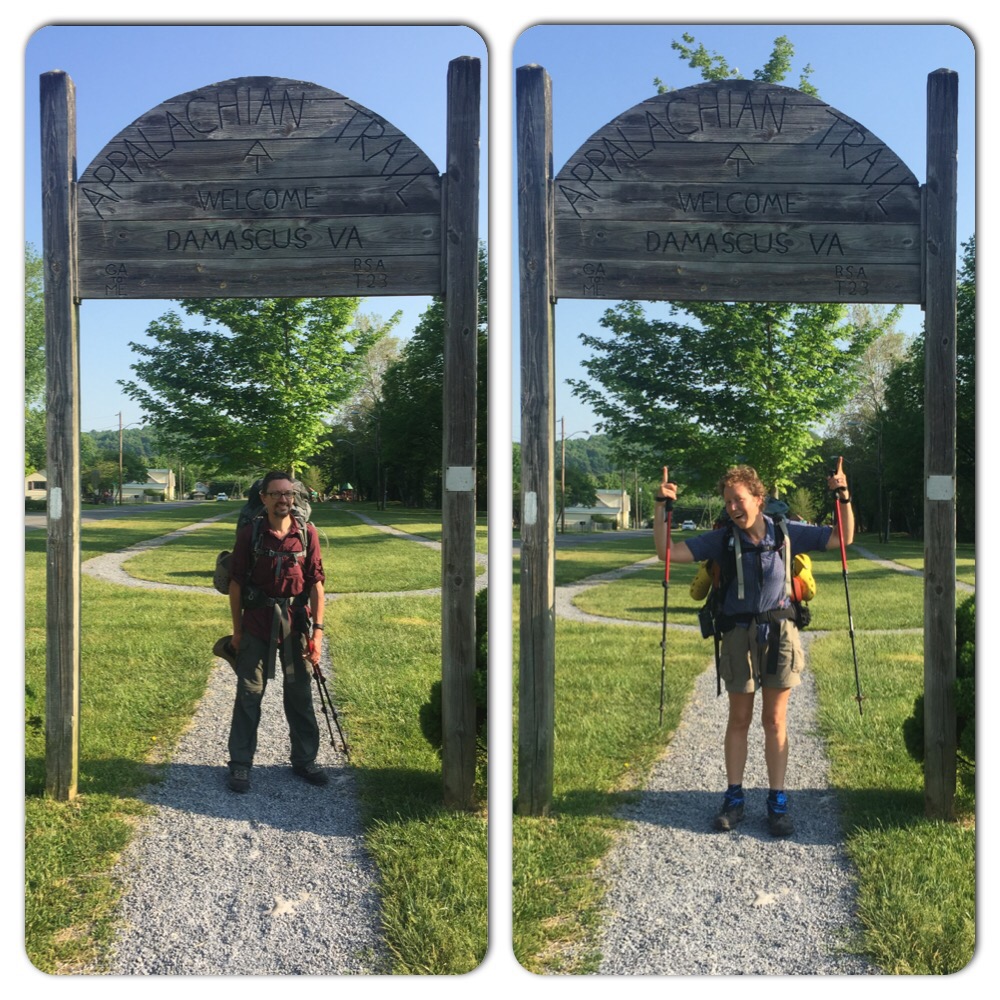 I questioned my sanity in deciding to do this over and over. I went back to my lists and called bullshit on them all. I don’t know what I will gain by completing the trail or why I’m hiking. Those are answers I’ll have at Katahdin, and the only way to unlock them is to walk up that mountain.

Sadly, I don’t know when exactly that will happen.

My husband, hiking partner, and anchor in continuing to place one foot in front of the other towards Maine, badly strained a muscle in his leg after being beset with minor aches and pains since the beginning. This one was more than a hike through it kind of injury.  He limped two days into Woods Hole Hostel, just south of Pearisburg, VA.  We consulted a doctor and took a week off of the trail, working for stay at Woods Hole. 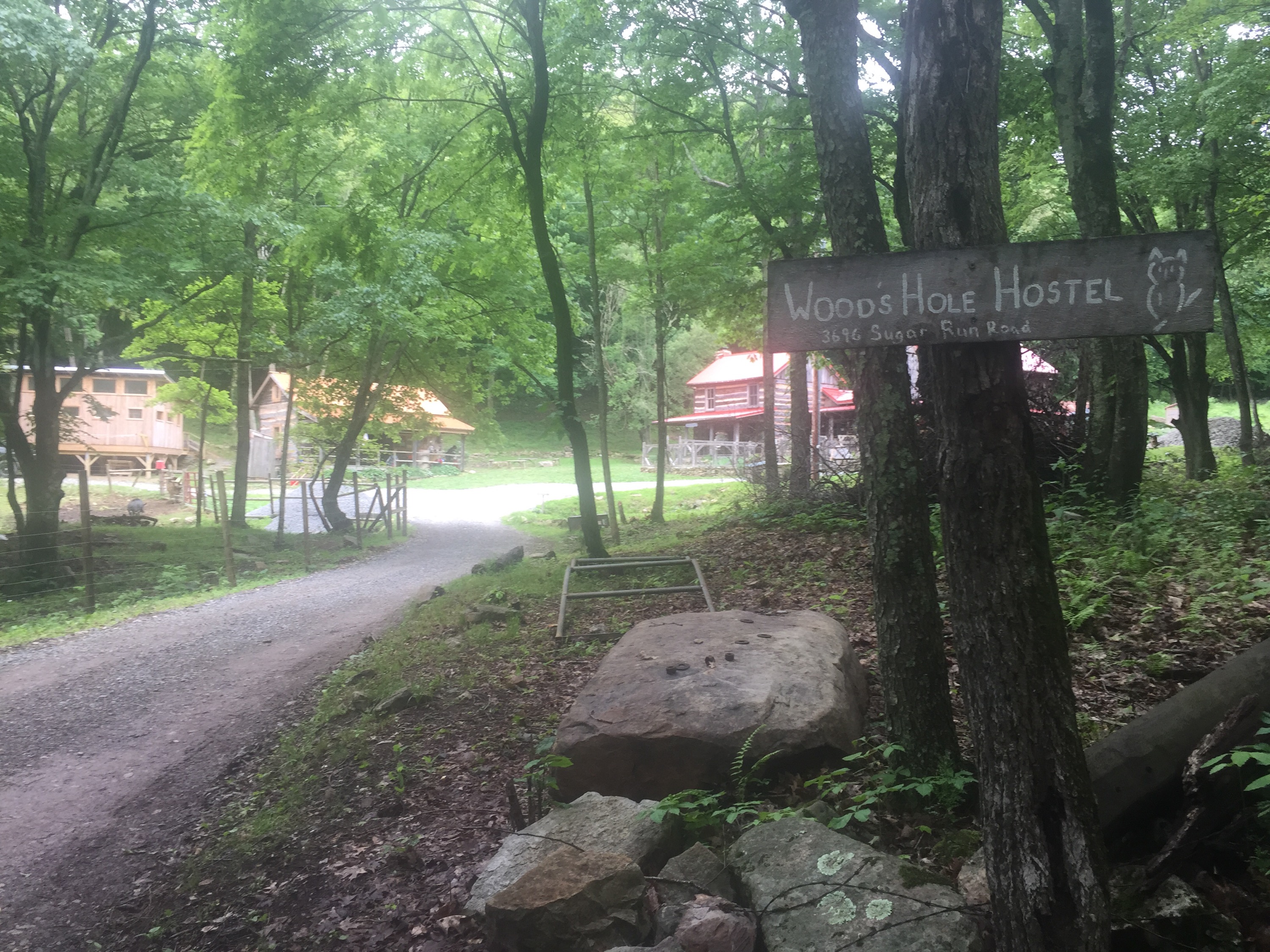 We both thought the rest and ice would be enough. We hiked out after 7 zero days and watching our trail family migrate through and pass by with lots of hugs and well-wishes and plans to meet back up somewhere north.  The trail down from Angels Rest was slick from the previous day’s rain, and Muskrat managed to navigate it well. I, on the other hand, slipped and hyperextended my already sore right knee and limped into Narrows, VA.

Back at the doctor, I was told to rest and ice, use braces, and come back if it got worse.  Discouraged by another delay, we spent three days in rocking chairs on the porch of the MacArthur Inn with a bag of ice on my knee. 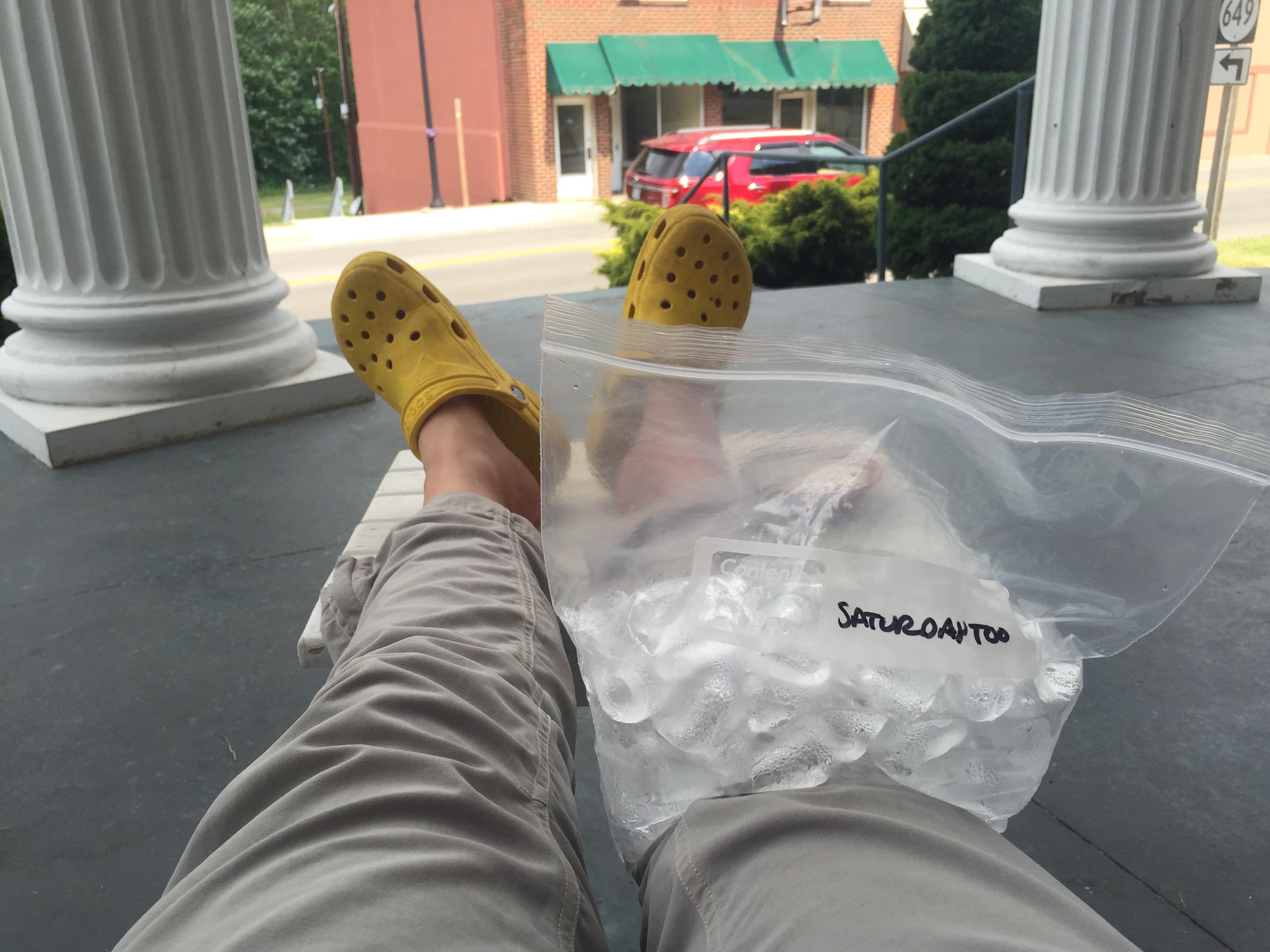 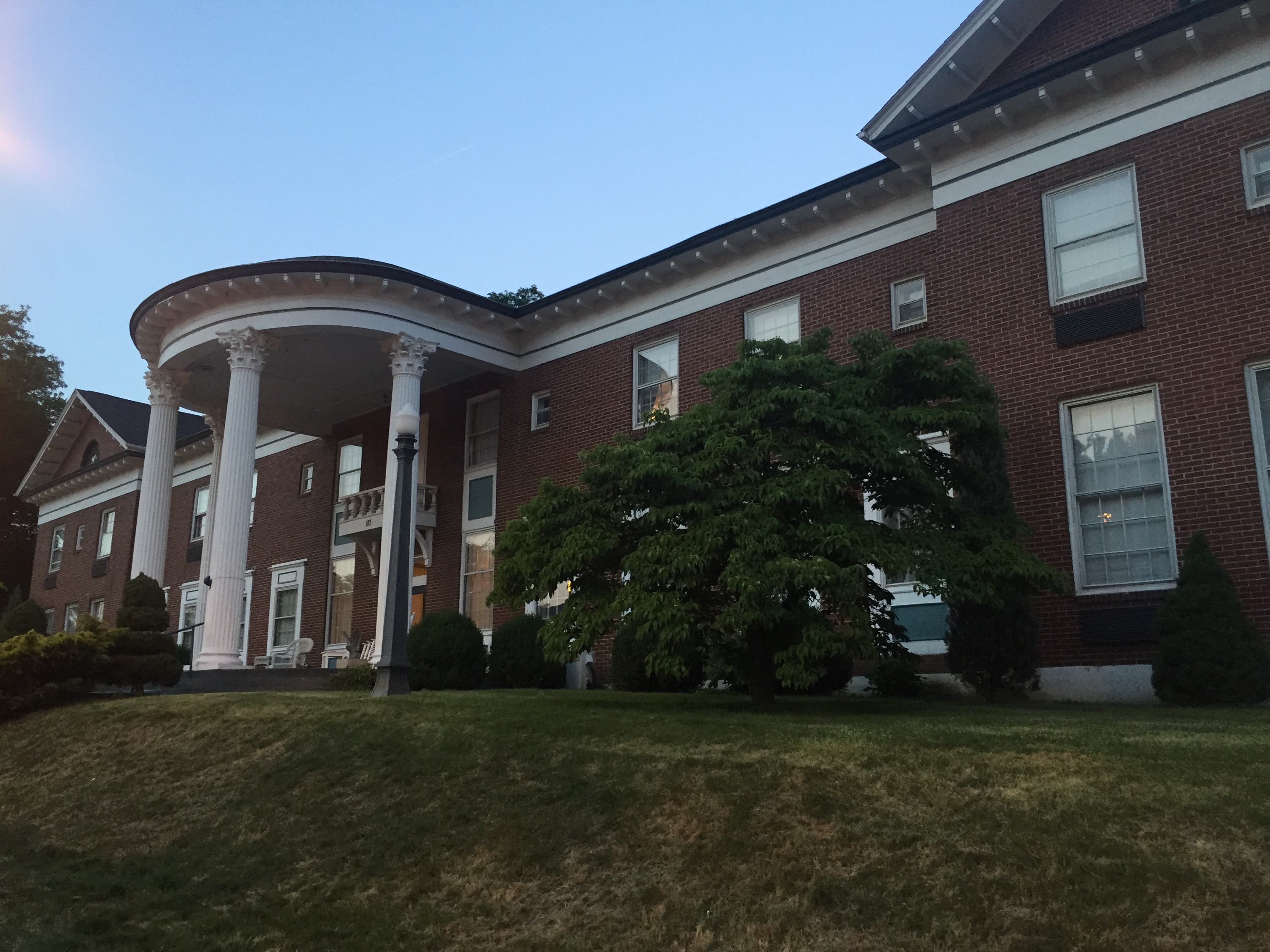 Monday morning was hot and humid, and we set out to hike to one of the campsites beyond Rice Field. My knees felt great with their cushy new braces, and I was so happy to be out that I didn’t even care that it stormed twice.

We made plans to do some slackpacking, marking road crossings in the guidebook and compiling a list of drivers who could potentially assist us. If all went as planned, we could close the gap between us and our trail family by 3-4 days by week’s end.  That’s the thing about plans.

Our second morning out started well. We were covering miles well, aiming for Wind Rock, 18.8 miles away. Our friend would be meeting us at Mountain Lake Road to slack us ahead the next day!

About 9 miles into our day, Muskrat’s leg injury flared back up badly and started to affect his knee. We stopped a lot. I gave him the brace from my left knee. It didn’t help. Slowly, we limped into Bailey Gap shelter.

Nobody else joined us that night. It was a low and lonely point in our hike. The writing was on the wall. Ten zero days hadn’t healed his injury.  We talked about flip flopping, about skipping ahead and coming back to finish this section after Katahdin, but the bottom line was that continuing to hike was hurting my husband.  Neither of us wanted to risk losing a lifetime of future bicycle races, triathlons, backpacking trips, and fun. 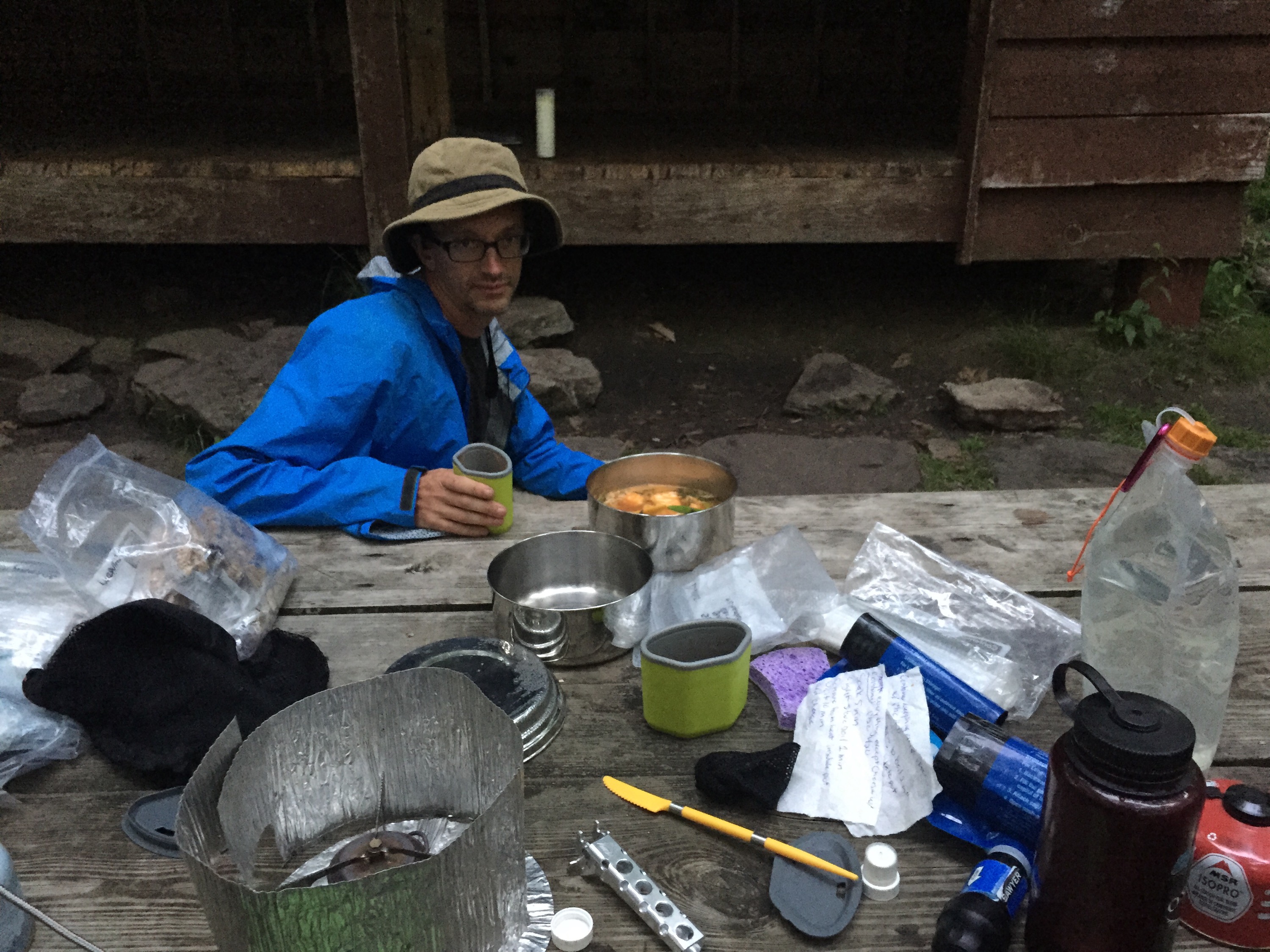 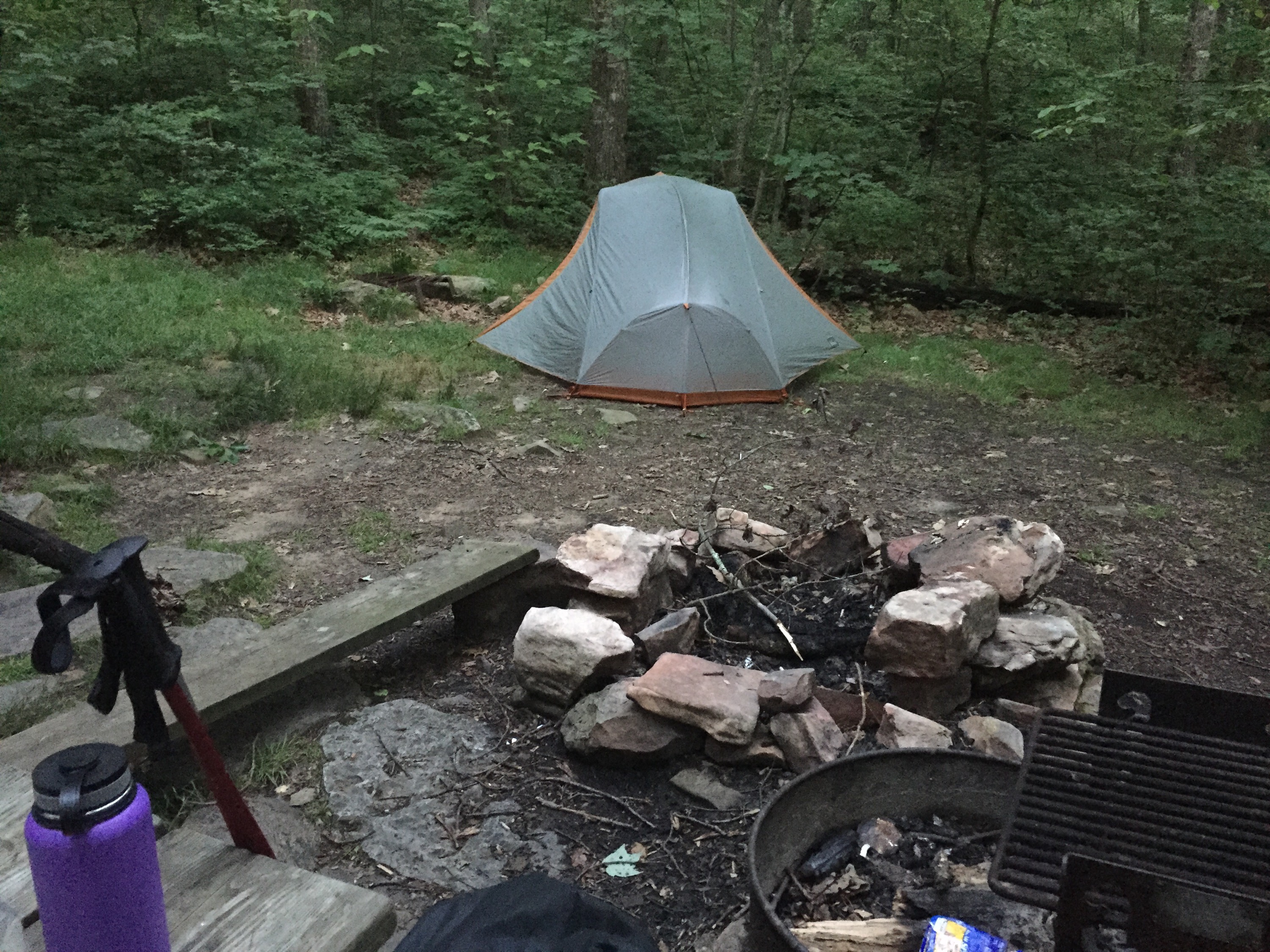 As we sat sadly eating our dinner as the sun dipped behind the trees, we decided that if he was still in this much pain in the morning, we would call off the hike.  I didn’t have phone signal to get a message to our friend about what might happen.

As we were cleaning up dinner in the dark, two headlamps came bobbing out of the dark. Two sweaty runners popped into the shelter area. It was Scott Jurek, on his speed record attempt, having taken a wrong turn off the trail. We got photos with him, and he graciously agreed to take a note for our friend to the road crossing where his wife would be waiting for him.

Even with the excitement of meeting Scott Jurek, the possibility of our last night on the trail being this sad, lonely, painful place didn’t sit well with me.  There were tears, and neither of us slept well.

We hiked out after sunup. Muskrat picked his way carefully and slowly through the rocks. We both acknowledged that this was it.

When it was clear that we were going to be very late for our meeting time with our friend, Muskrat sent me ahead. I hated leaving him, but promised to come back and take his pack as soon as I could.

I hiked faster than I ever had, tears falling, sometimes yelling out to the woods in frustration over all of it. This wasn’t the end we wanted.

When I reached the road, nobody was there, and my note was untouched on a rock.  I sat down next to the note and cried. I cried for Muskrat and for this shitty ending to such an incredible adventure.

When our friend pulled up, Muskrat and I were side by side on a rock, looking like the end of the world was coming. A few hours later we were buying clothes at a northern Virginia Target. A few hours after that, we were having beers with friends in DC after dropping our gear in the apartment in their basement.

Muskrat’s leg still hurts, so I guess we made the right call, but both of us feel a little lost and heartbroken. What blazes do we follow now? We both know we will go back to Mountain Lake Road, mile 662.0, and hike onward. Maybe next spring, but what now? 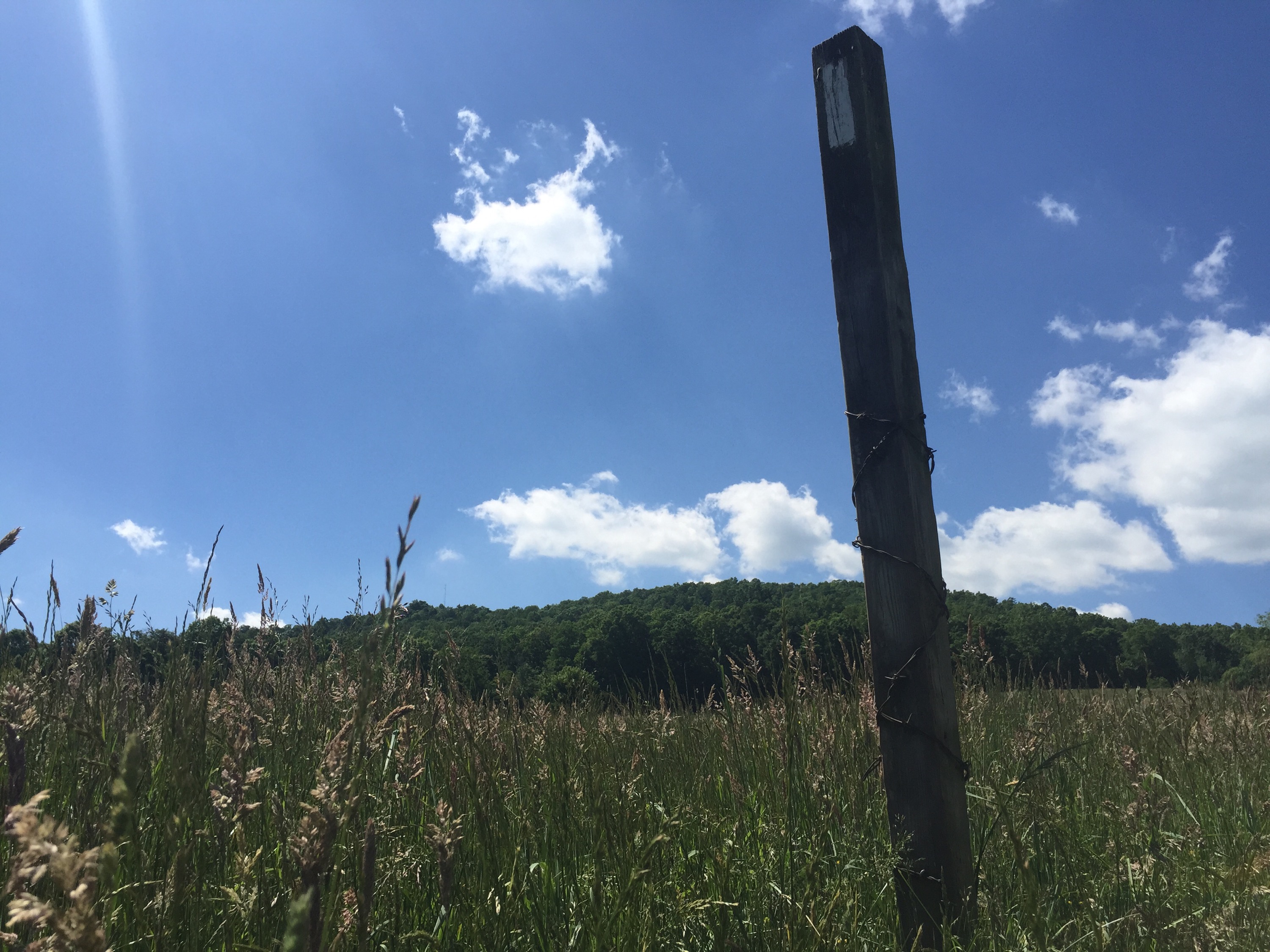 When I felt lost on the trail, I could just look up and find that familiar blotch of white paint on a tree or a rock or a post, and I knew I was where I belonged.  As a wife, I look at Muskrat and I know I am where I belong.  Off the trail though, we don’t have blazes, or a guidebook or a plan.  We have to start blazing some other trail until we can heal and make our way back to the path that has held a piece of my heart since I learned of it at 12 years old.

The 662 miles we hiked were the greatest adventure of my life so far.  The miles that remain will hold their gifts for us until we return, healed, whole, and better able to traverse them.  I know what blazes to follow. They’re the ones that have always burned beneath my skin when I look to the mountains. 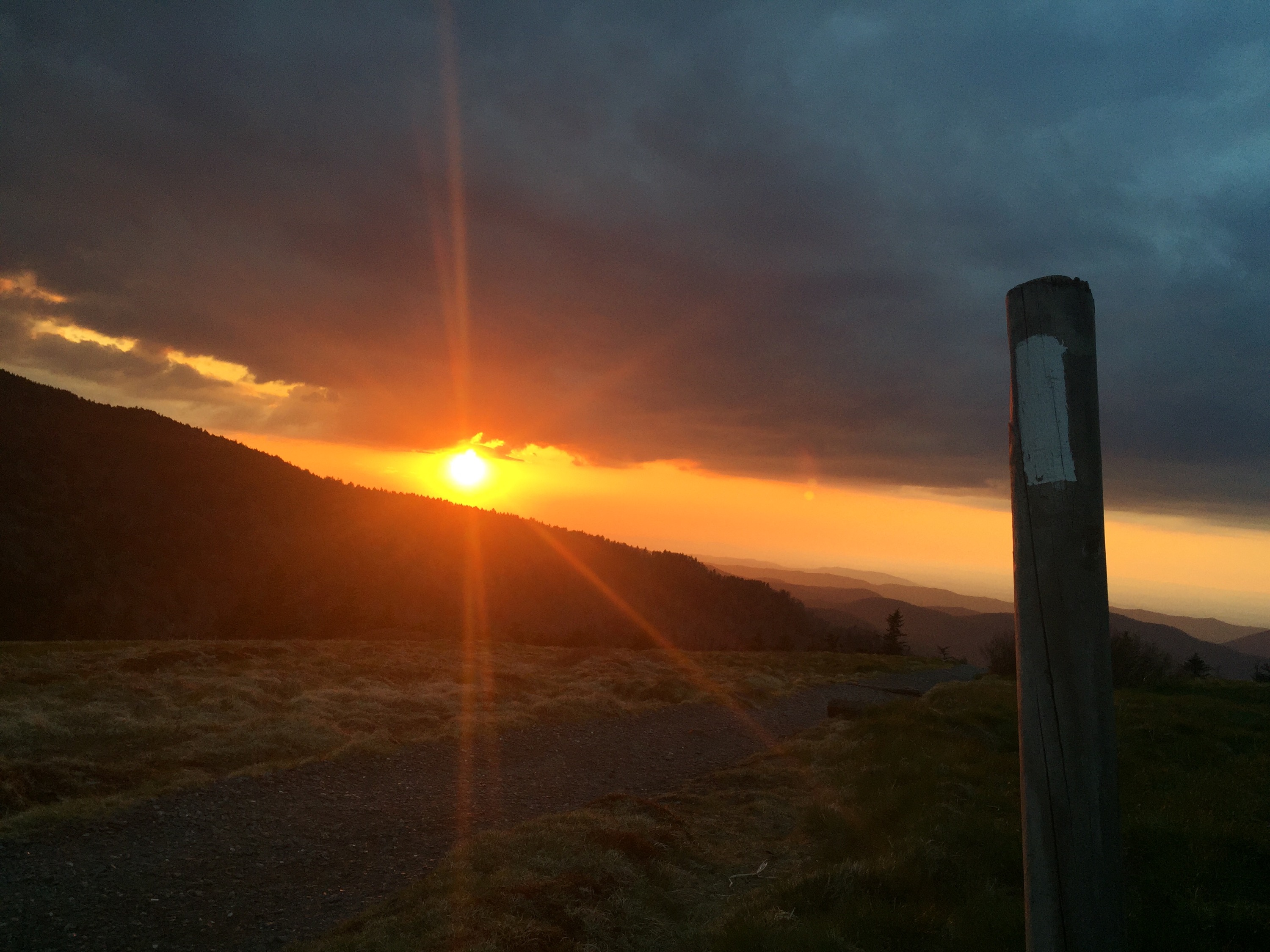 I'm "Ironjen." I'm a 38 year old professional photographer with a triathlon addiction who has always felt most at home in the mountains. My Appalachian Trail thru-hike adventure is the fulfillment of a dream 26 years in the making, and it began on March 18, 2015. It's a punctuation between life in Washington, DC and life in the Rocky Mountains. I'll be hiking with my husband, trail name Muskrat, and we look forward to celebrating our first anniversary in the woods!