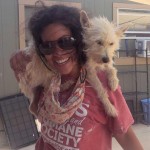 When A Zero Turns Into a Noro

It is now day 24 of my hike, and I’ve only posted one blog.  This is in part due to my natural tendancy towards procrastination, and my lack of desire to type in the woods.  When I have been in town, I have all too often found myself in a daze- ready to eat and waste time, typing updates only coming to mind when we are already packed up and needing to go.  But, I have been writing in my notebook on a fairly regular basis, and so the updates will come.  They’ll just be running a little late.  Hell, I guess I’ve been running a little late my entire life.

So it’s time to rewind.  Let’s see, where did I last leave off?

I had taken my first zero day to rest my knee- everything was going phenomanally.  I laid on the crappy motel bed at the Budget Inn in Hiawassee, my leg raised in the company of alternating packs of ice or a microwave-heated nalgene cantene.  Under strict orders from Nurse Seamster I was not to move around or leave the room other than for fresh air.  This was easy enough, for as much as I would have rather not taken a zero day so early on, and for as much proneness there lies in me towards becoming easily bored and stir crazy, I knew that my knee needed the rest and time to recuperate, now and probably throughout the length of the trail.

By the time evening began to veer its head, I was glad with certainty that my knee was healing and had gained strength from the rest.  I walked but a hundred feet to congratulate myself with Hot Fries and a very tall boy of some good ‘ole PBR from the gas station.  I wandered aimlessly around the store at first.  Small southern towns like Hiawassee are wonderfull in that their variety of junk food and overly processed old school candy is abundant and cheap.  I picked up twenty-five cent candies here and there, got my beer and hot fries and headed back to the room to enjoy them.  We all went to bed early, planning to leave bright and early for the trail.

It was late into the night when I first awoke from the terror-clenching my stomach in pain.  I felt immidiately that I might vommit, but by the toilet I was proved wrong.  I made my way back to the bed in a haze of pain.  Almost as quickly as I lied down I shot back up.  This time, I was not to be let off so easily as the norovirus began to let me know of its sickening presence through a bout of uncontrollable puking and a disturbing case of the runs.  Time seemed to come to a deathaning standstill, for what followed seemed like an eternity of misery.  For a long while, I sat on the disgusting and cold tile floor, alternating between hugging and sitting on the pale green toilet.

When I finally managed to cower my way back to the bed I was surprised that no one but Seamster had awoken from my bodily-armegeddon.  He had heard my defeat, and with a matter of factly tone he patted my back and said “I guess we ain’t going back to the trail today.  What can I do for you?”  There wasn’t much he could do, though.  The fevers began quickly, followed by an awful case of the sweats and chills. It didn’t take long to make the connection.  This was the awfullness I had read about before hitting the trail, this was norovirus.  Soon enough the sun rose, our motel mates left, and Seamster took the other bed.  It bacame one of the worst days of my life.

For the length of the day my visits to the bathroom were constant.  I couldn’t hold down water.  I became severly dehydrated to top everything else off.  My chills were so awful, but everytime I’d cover myself in blankets I’d quickly drenched myself in sweat. And the body aches where nothing to fuck around with- everything hurt.  I felt as helpless as I did as a child with the flu. Basicly, it fucking sucked.   I won’t describe it anymore than I have because it will all just sound redundant.

By the end of the night I was able to take small sips of water every ten or fifteen minutes- enough to help with my dehydration a bit and enough to down som ibiprophin and Benadryll to knock me out for a couple of hours.

The next day I ate a little, and we headed back to the trail. I ended up getting sick again.  We hiked just under five miles in five days.  We took three more zeros and very slowly inched along while my body slowly but surely got better.  It took those days for my nausea and urge to vommit to dissapate.  It was quite the welcoming to the trail, but I am glad to have gotten it out of the way.

I know this is all rather bad news, but there are ups and downs on the trail.  You just can’t let those downs take you out, and you can bet your damn ass I didn’t let the Noro take me out.  The next blog I post won’t be such a downer.  This is my Noro story, and there’s just no way to sugar coat a story that’s drenched in vomit.

It ended up that there were several others who had gotten the Noro while at the Budget Inn, and it has popping up here and there since then.  Crossing my fingers that I won’t get it again, and crossing my fingers for all of the others out there.

My name is Button. I find enjoyment and passion in animal welfare, whiskey, writing songs and venturing through the woods. I am currently hiking Nobo on the Appaclahian Trail.