After years of investigation by authorities and amateur online sleuths, the identity of the deceased Appalachian Trail hiker known by the trail name “Mostly Harmless” has been uncovered. According to the Collier County’s Sheriff’s Office, and as reported in Adventure Journal and Wired, Mostly Harmless has been identified as Vance Rodriguez, a tech worker from Brooklyn with roots in Louisiana.

On July 23, 2018, two day hikers in Big Cypress National Preserve discovered the body of a hiker whose identity would confound investigators for years to come. Found in his tent, the deceased hiker’s body was severely emaciated and weighed only 83 pounds. And while he had no cell phone or identification, his possessions included backpacking gear, food, and nearly $4,000 in cash.

With the help of the trail community, the Collier County Sheriff’s Office in South Florida was able to piece together a narrative going back 14 months and 1,400 miles. The deceased hiker had come from New York to Florida via the Appalachian, Pinhoti, and Florida Trails without, it seemed, revealing his real name or much identifying information to anyone. Known on different sections of the trails as “Denim” and “Mostly Harmless,” Rodriguez stayed in shelters and hostels, hiked alongside other backpackers, and even had his photo taken dozens of times. But beyond his time on the trail, investigators were unable to connect Mostly Harmless with any missing persons reports or existing fingerprint or DNA databases. 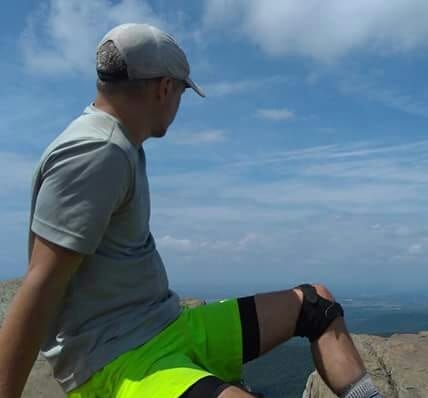 In the years since, the life and death of Mostly Harmless have captured the imaginations of many. Reddit threads, Facebook groups, and online forums dedicated to solving cold cases popped up all over the internet. Online sleuths poured over the details of his time on trail and desperately attempted to connect the dots. The Collier County Sheriff’s Office even released a podcast on the mystery in an effort to bring more attention to the case.

In mid-December of 2020, as photos of Mostly Harmless continued to circulate online, a group of friends in Baton Rouge recognized Mostly Harmless as Vance Rodriguez and got in touch with the Collier County Sheriff’s Office. As journalists received word that the case may be solved, they worked to confirm the identity of Mostly Harmless by talking with old friends, girlfriends, and coworkers of Rodriguez. The first story confirming his identity was published by Adventure Journal just before Christmas. Since then, the Collier County Sheriff’s Office has made the identity confirmation official with DNA analysis.

Who Was Vance Rodriguez?

According to former girlfriends and coworkers, Vance Rodriguez was estranged from his family and suffered from severe bouts of depression. Ex-girlfriends also described a pattern of abuse and emotional instability from Rodriguez, who would often detach from his problems by shutting down emotionally and physically. In April of 2017, Rodriguez left his New York apartment for the last time and spent the next 15 months hiking south. When his landlord gained access to his apartment eight months later, he found unopened food as well Rodriguez’s passport, wallet, and credit cards, suggesting that Rodriguez left in a hurry with little advance planning.

While searching for the identity of Mostly Harmless, the online community that had come together to solve the case created their own image of who they thought he was: probably lonely, possibly depressed, and searching for something in the woods. While these descriptors seem to hold true, the darker side of Vance Rodriguez’s personality takes some reconciliation. But as Nicholas Thompson said in his recent article in Wired, “The many people who met him didn’t sense the dark, brooding, sometimes dangerous person who left Brooklyn. Maybe he did become someone different. Maybe that’s what he’d been seeking.” Read more about what went into identifying Mostly Harmless and the life of Vance Rodriguez in Adventure Journal and Wired.