Everyone wants to hit Springer in March, but I’m here to tell you to consider starting the AT in February instead. Will it be colder? Will it be quieter? Probably, but I would argue that those are good things as long as you’re prepared.

From quiet campsites to warmer welcomes in town, there are many reasons to start the Appalachian Trail in February. I’d even go so far as to say that February is the best month to begin a northbound thru-hike. Here’s why.

Let’s start with the obvious. Between three and four thousand would-be thru-hikers start their hikes at Springer Mountain every year. Most hikers hit the trail between the last weekend in February and the end of April, with the majority embarking in March.

This year, for instance, between 40 and 50 people were planning to start the AT at Springer every day in March, according to the Appalachian Trail Conservancy’s voluntary registration system. Many people don’t register their hikes with ATC, so the actual number is undoubtedly higher.

In contrast, less than 10 per day planned to begin in early February. That sounds a lot more manageable.

While many hikers love the social aspect of the AT, few enjoy the litter, noise pollution, and overflowing privies that come with overcrowding. Socializing is great, but no one wants to have their wilderness solitude ruined by noisy crowds or vie for space at a campsite-turned-impromptu tent city.

The bubble is like a swarm of locusts moving up the trail, leaving nothing but trampled vegetation, poorly buried poo, and empty grocery store shelves in its wake. If you start in February, you’ll probably be able to stay ahead of the bubble throughout your hike. Once you get a few hundred miles under your belt, the crowds will have thinned and dispersed a bit, anyway.

2. You’ll be part of a small, tight-knit community. 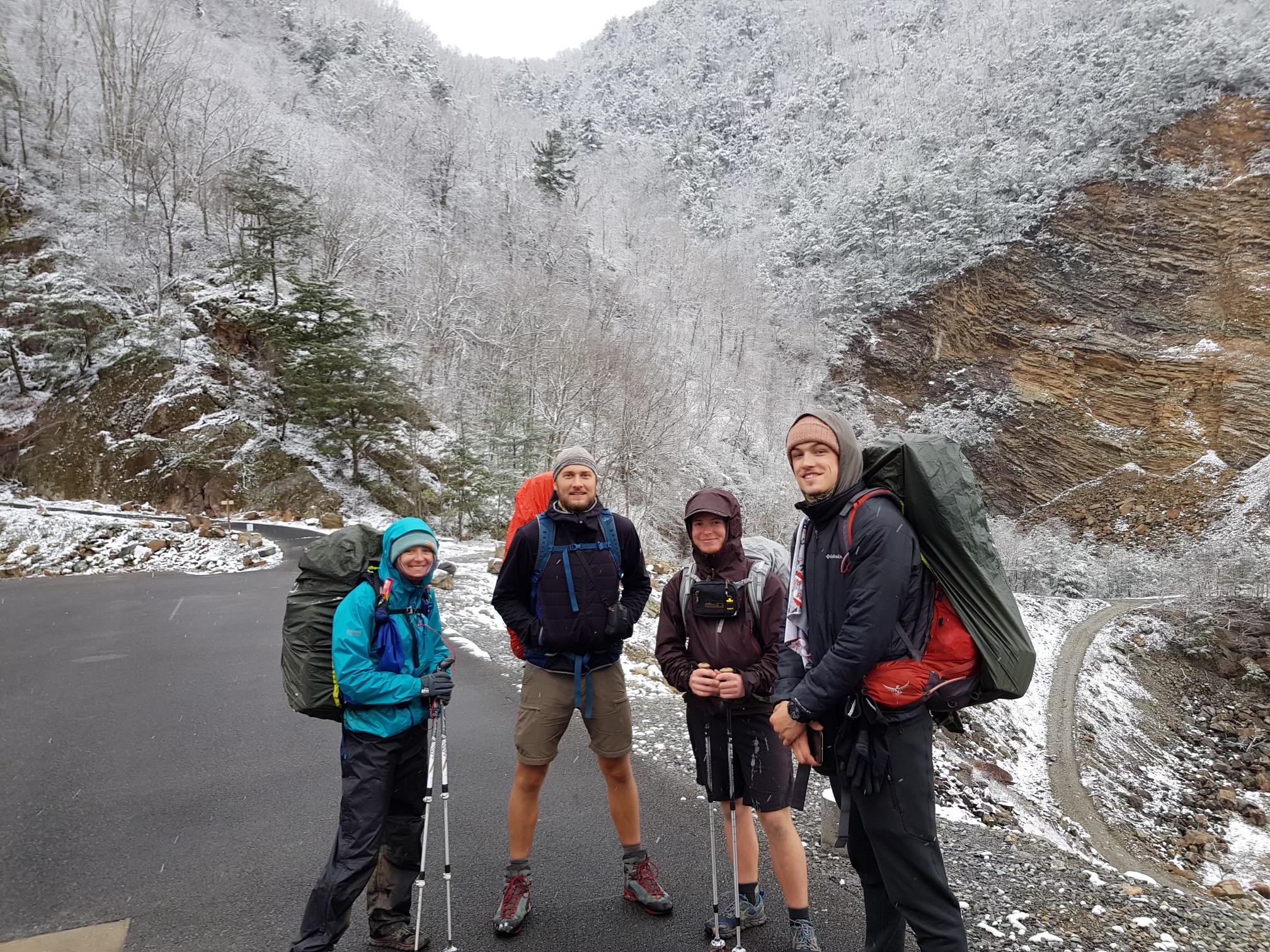 Don’t worry—even if you start early in the season, you won’t be alone out there. Plenty of thru- and section-hikers begin in February. The difference is that you’ll be hiking in the company of a few dozen newly-minted AT hikers instead of a few hundred.

Therefore, you won’t miss out on any of the social or cultural aspects of the trail—and in some ways, starting early may even enhance your social experience. Instead of jostling around with vast crowds of hikers, you’ll be part of a small and tight-knit hiking community. You’ll know everyone out there, and everyone will know you.

READ NEXT – Is a Winter AT Thru-Hike Right For You?

You’ll probably never worry about campsites and shelters running out of space, and you’ll get beautiful viewpoints to yourself. When you visit towns, grocery stores won’t have been picked clean by swarms of hikers, and there will be beds available in the hotels and hostels.

Will there be trail magic around every corner? Not to the extent that you’ll see during the bubble. But there are still plenty of wonderful trail angels out in February, and you’ll continue to run into trail magic throughout your hike. Besides, starting with slightly less free food raining down upon you might set a better precedent for the rest of your walk (so you won’t be tempted to start relying on trail angels instead of yourself).

3. The locals will still be excited to see you. 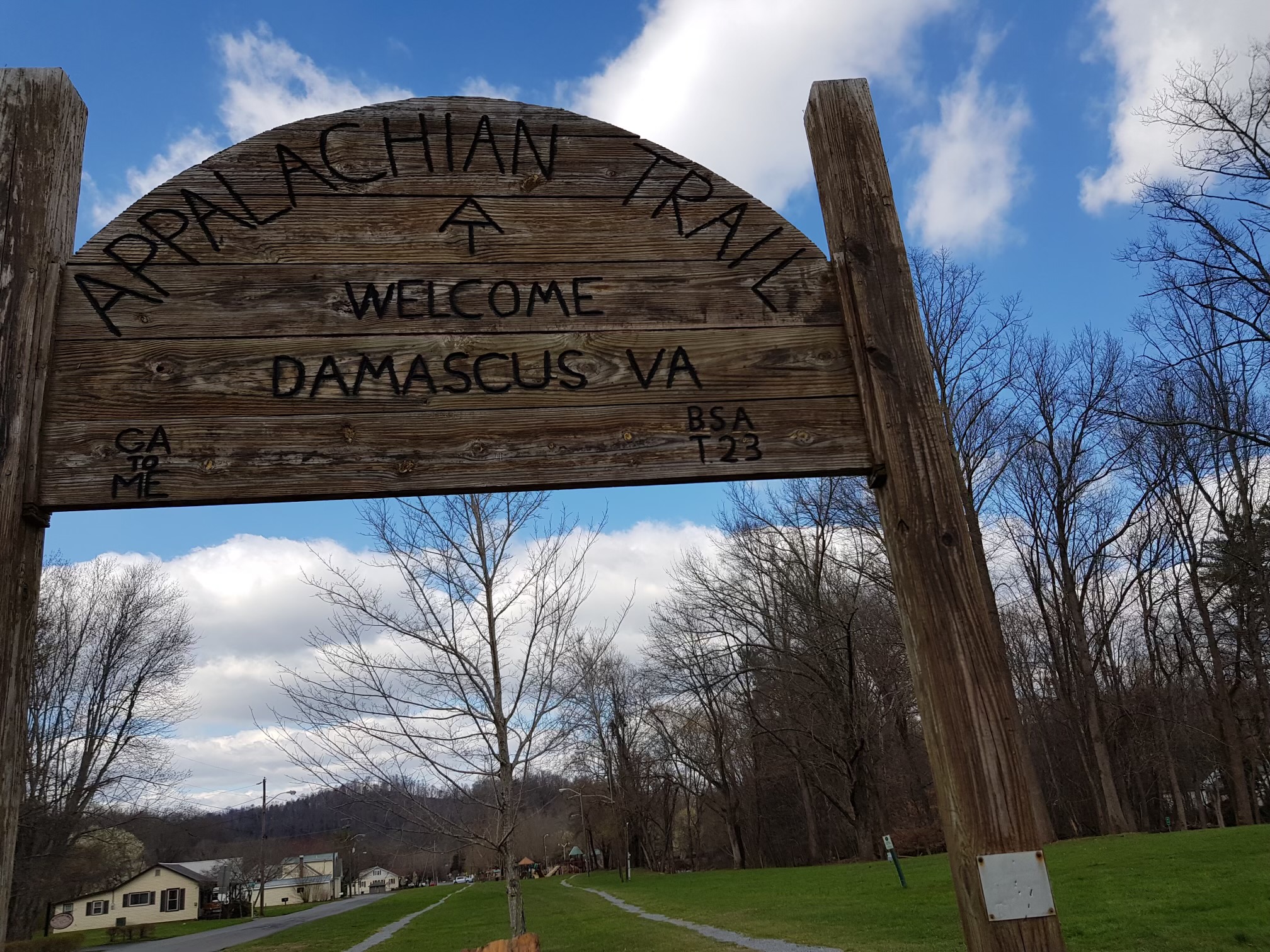 If you start the Appalachian Trail in February, you’ll be among the season’s first thru-hikers. Local businesses will probably be thrilled to see you, in the same way that they’re probably thrilled to see the first green buds of spring after a long winter. Not only do thru-hikers bring an influx of business to local economies, but they’re also integral to the cultural and social life of many trail towns.

Townsfolk will have had all winter to forget the downsides of the dirty, smelly, and (sometimes) incredibly obnoxious hikers who crowded their communities last year. As a result, they’ll probably greet you with open arms and goodwill.

Being among the first thru-hikers on the trail also gives you the opportunity and responsibility to make a good first impression on local communities (i.e. don’t be a jerk and ruin it for everyone else).

The generosity of locals is one of the greatest gifts you can receive as an AT hiker. It’s part of what makes thru-hiking so magical. Being courteous to townsfolk isn’t just the right thing to do for its own sake—it will benefit all the thru-hikers who come after you.

4. The trail will still feel fresh. 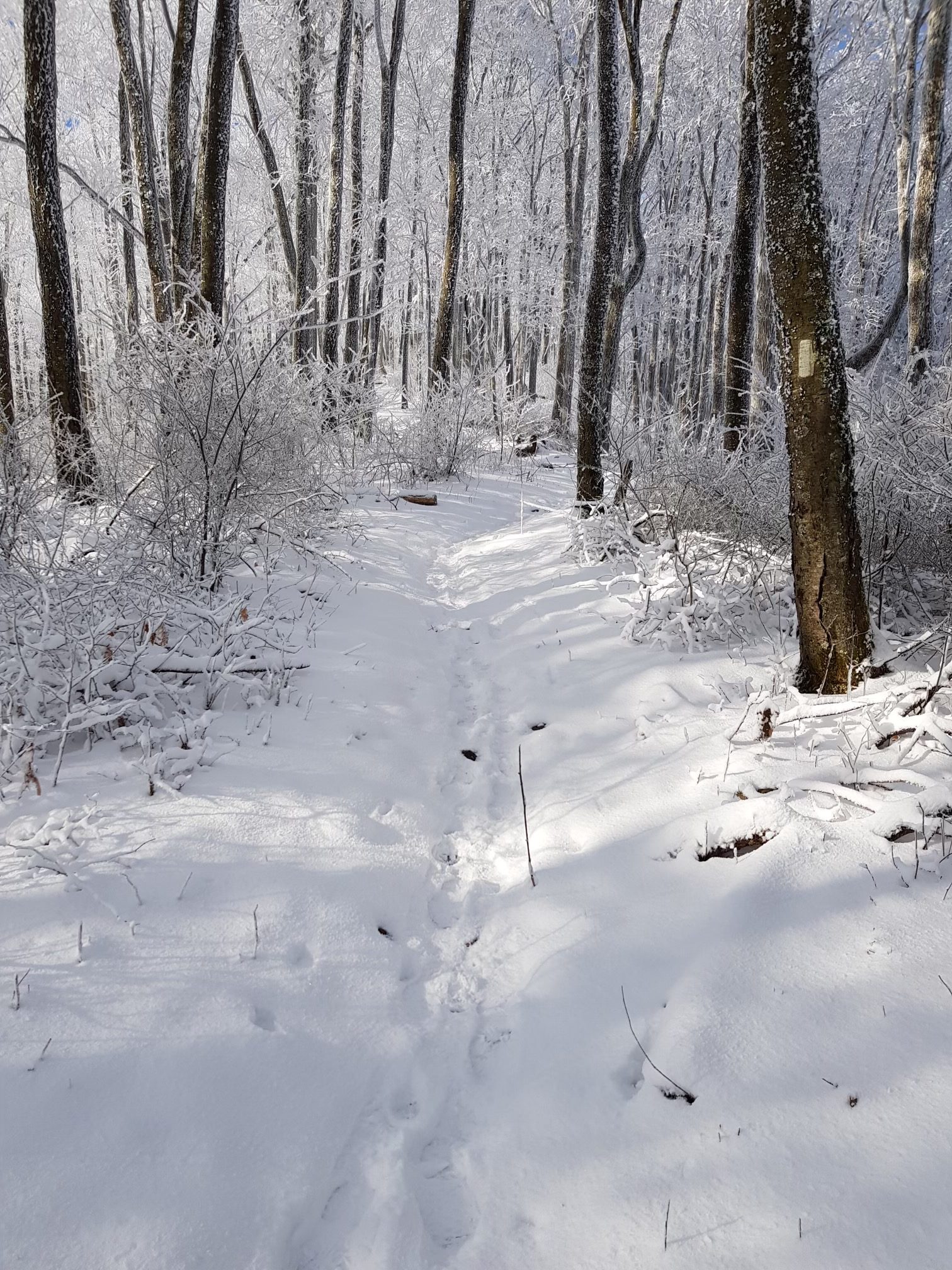 There isn’t much green and growing when you start the Appalachian Trail in February, but the whole trail corridor has a fresh, newly minted feel like the start of a new day. The forest has had all winter to rest and recover from last year’s herds of hikers, and it shows.

Once March rolls around, it’ll be back to trampled vegetation, eroded trails, impromptu campsites, and litter and TP blooms everywhere. After an entire season of heavy traffic, the footpath starts to look distinctly careworn in places.

It’s worth noting that on the flip side, trail crews haven’t always had a chance to get out and clean up winter blowdowns before early-season thru-hikers come through, so you may have to navigate around more deadfall.

Educating hikers about Leave No Trace principles is one way to address this growing problem. Another is encouraging them to spread out. Starting early is better for your wilderness experience, and it’s better for the health of the trail too.

5. The green tunnel doesn’t exist yet. 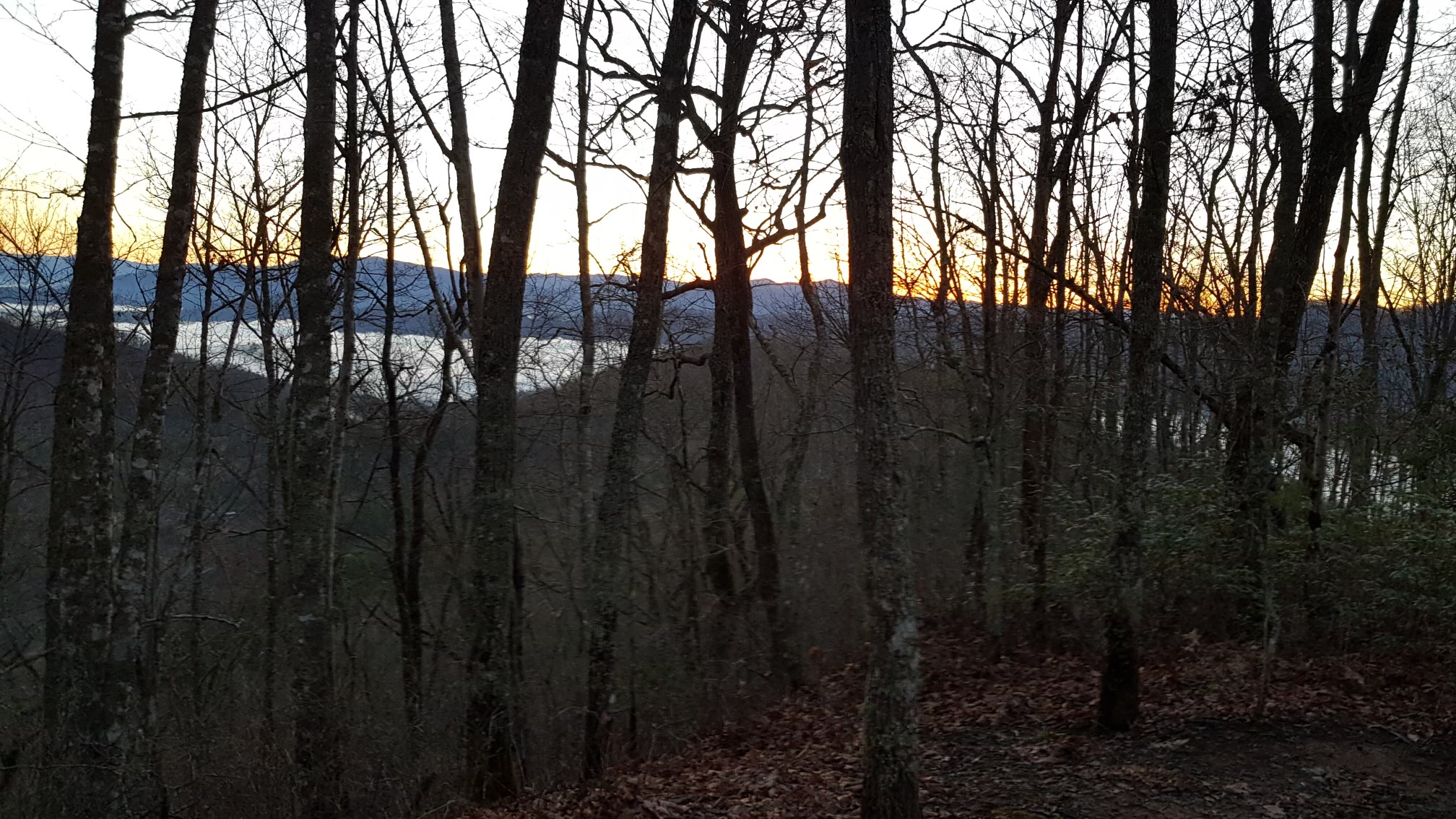 Peekaboo views through bare trees are abundant before the green tunnel fills in. Photo via Harvey “Lotus” Howard.

Aside from evergreen tunnels of mountain laurel, there’s not much foliage to block your view of the surrounding mountains in February. Most of the AT is in deciduous hardwood forest, so you genuinely get socked into a green tunnel of leafy vegetation during the growing season. Although this is lovely in its way, it does mean the AT is notoriously short on views compared to, say, the Pacific Crest Trail.

However, if you’re on the trail before the leaves start growing, you’ll enjoy an uncharacteristic number of peekaboo views through bare trees. For instance, Trek contributor and Triple Crowner Eloise Robbins started the AT from Springer in early February, and she didn’t experience the green tunnel until she reached Vermont.

Remember: more views = less shade, so if you start your hike in February, you should beef up on sun protection, including shades and a decent hat.

6. Snow Is Better Than Rain

SNOW IS AMAZING. Go ahead, try to change my mind.

For another thing, it doesn’t soak through your clothing instantly, drenching you and all your gear the way rain does. By brushing yourself off occasionally, you can often stay weirdly dry.

(Pro tip: keep your shoes in a waterproof bag inside your sleeping bag overnight so they don’t freeze, but put them outside to cool for a few minutes before donning them in the morning. Don’t slog through the snow in warm shoes, because it will melt and get them wet.)

That said, snow can be dangerous if you don’t know what you’re doing. Starting the AT in February means you’re likely to encounter at least some winter weather.

Be especially cautious about the weather in high-elevation regions like the Smokies and the Roan Highlands. Even in the mountains, Georgia weather is sometimes—not always—mild by February. But in the Smokies, you’ll often be above five thousand feet, and freezing conditions will be significantly more likely.

Come prepared with warm clothes and sleep gear, extra fuel, and microspikes. If you’ve never hiked in snow before, take a few practice trips this winter. Make sure you and your gear can handle freezing conditions safely before you commit to an early-season thru-hike.

READ NEXT – Gear Suggestions for an Appalachian Trail Winter Thru-Hike.

Also, don’t be shy about taking a day or two to wait out bad weather. Budget extra time and money for town stays, and carry a little extra food and fuel in the backcountry in case you need to zero in your tent. 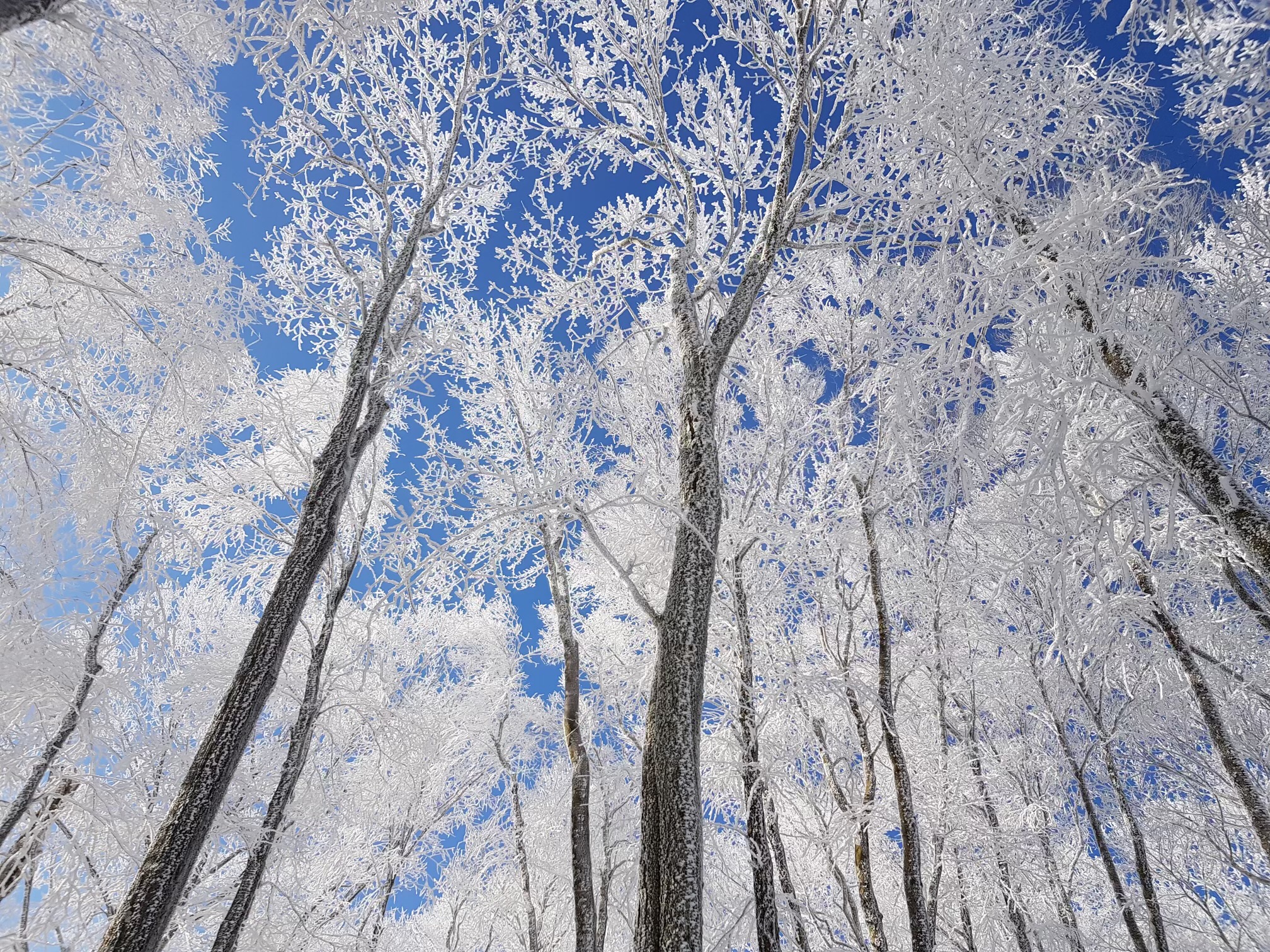 Consider this: the AT doesn’t break 2,000 feet above sea level from northern Virginia to Connecticut. Most March starters don’t hit this stretch until late May or June, by which time the humid, bug-infested hellfires of summer are merrily crackling.

Take it from someone who grew up in Virginia: the heat and humidity of the east coast are horrible. HORRIBLE! By starting in February, you get more miles under your belt before the inferno overtakes you. You may even get through most of the low mid-Atlantic miles before summer gets going.

One note on timing: beware of getting too far north too early in the season. May is mud season in Vermont (self-explanatory). Also, in general, the Northeast can be horrendously buggy in late spring and early summer.

For reference, the blackflies in Vermont, New Hampshire, and Maine are in their glory between roughly Mother’s Day and Father’s Day. The bug situation (blackflies and skeeters included) will calm down a lot by mid-July.

The notorious river fords of Maine’s 100 Mile Wilderness are also more treacherous in early summer, so be careful.

If you can delay getting this far north until late June or early July, you’ll be better off. If you can’t, bring a bug net and a sense of humor, and you’ll be fine.

The truth is, there’s no perfect time to start the Appalachian Trail. It’s a 2,200-mile hike that takes a while to complete, so no matter when you start, you’re bound to run into less-than-ideal conditions somewhere along the line.

If you start later in the season, you’ll encounter more heat and have less time to reach Katahdin before the snow flies. If you start earlier, you’ll have to deal with cold weather and might run into mud ‘n’ bugs up north. It depends on your own goals and preferences.

I advocate for an early start because I love snow and dislike mugginess. Might I encounter some unpleasant conditions further north? Yes, but that’s the future.

Thru-hiking is a long and unpredictable undertaking. I prefer to start at a time that will set me up for success in the early months. I’ll deal with challenges that arise further north as I come to them, but I won’t base my start date around them.

Whenever you choose to start, remember to be flexible and roll with the punches.