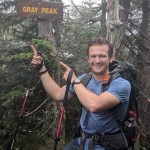 Why I Carried a Heavy Rock Over Five Miles

Yes, I had a heavy rock in my backpack for over five miles the other day. I spent hours researching gear over the last year. I spent so much time going over everything I would need to do to reduce the load on my back. I read articles, tested gear, weighed everything down to the ounce, and I end up accidentally carrying a rock. I guess it goes to show that pack weight is not everything.

How I Did This

At the end of the day every day I need to hang my food from a branch to keep it away from animals. You’d think that I have a foolproof way of doing this that doesn’t involve me struggling to get it right. The other night I chose a particularly bad branch to hang my food from. It was high enough but my rope kept getting stuck. This should have stopped me, but I was determined.

Anyway, after I finally get my rope over this tree branch I attach my food bag. I hoist it up like I am supposed to and fix a stick to the rope. Then I let go and the bag won’t fall. I was going into town the next morning and had only one cereal bar and my food pot in the bag. It was too light to overcome the friction from the rope. Nervous that the bag wouldn’t come down and I would lose it up in the tree, I undid the stick and tugged and shook the rope until the bag eventually came down. I thought about how to overcome this and decided that a heavy enough rock would do. I thought I was being bright when I decided to use a rock and told myself that I would remember to take it out in the morning. Well, you guessed it, I forgot about the rock.

Later that day when I was getting the pot out of my food bag to clean it I found a huge rock. I anticipated I would have unique experiences on the AT, I just never thought that I’d find myself carrying around a huge rock for no reason.

Hey! My name is Scott. On the trail, I go by Aquaman - Long Trail NOBO 2016. I am going to be hiking the Appalachian Trail in 2019 starting from Springer Mountian, GA. Hiking, rock climbing, and trail running have taken over my life in the best way over the last few years. I recently graduated and have been dreaming of the AT for a few years. I don't know where my degree will take me, but what I do know is that I am flying to Georgia in March to start walking!