What do wildfires on the AT have in common with hybrid cars?

I’m still reeling from the number of wildfires on the Appalachian Trail this year. Not only were there an unusually large number of wildfires, the most recent fire, sparking in the Great Smoky Mountains National Park, spread beyond the forest into nearby Gatlinburg and Pigeon Forge, leading to the deaths of 14 people and causing millions in property damage.

Some of these wildfires were triggered by natural events: severe drought extending over nearly than ¾ of the Appalachian Mountains converted our “green tunnel” into a tinder box, strong winds transformed brush fires into forest fires. There were plenty of potential sparks: lightning, arcs from powerlines and equipment, and most commonly, the human element. 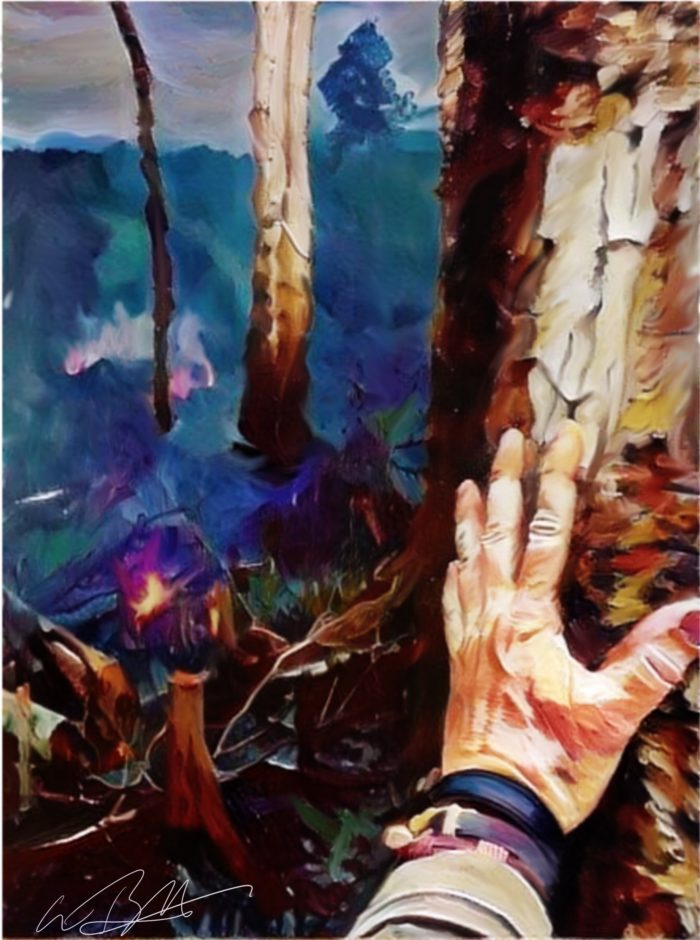 Three years ago, when I found myself on the southern border of the Smokies at Fontana Dam, I was daunted. I was new to hiking in the Smokies. No promises about being gentle on first-timers, Trail gossip was that the Smokies were no joke. I believed the gossip when I saw what I suspected was Shuckstack peak. It was nothing more than a little blip on my guide, but the top keep going beyond the cloud ceiling. Those 70.5 miles of mean-ass mountains were meant to test the mettle of every aspiring thru-hiker. It’s no surprise that the northern border, at Davenport Gap, was reputedly one of the most common stopping points for hikers who realized they weren’t quite ready for another 1900 miles of hiking, especially if these were the type of physical and logistic challenges they could expect. Not going to be me, I thought as I hefted my pack and started climbing.

The initial climb was rigorous, sure, but the views were worth it. On ridgelines, I could look east to see the old wood forests of the Blue Mountains, and west to see the entirely different ecosystem in the Appalachian plateau. There were honest-to-God wild animals, and not all of them were carrying packs. 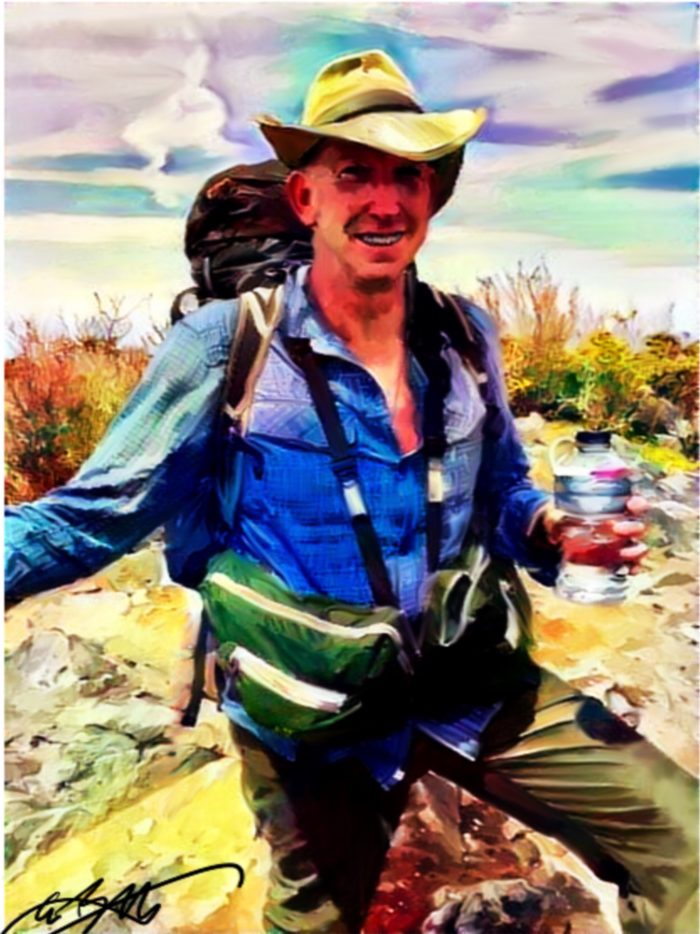 I made it through the Smokies, and beyond. In fact, I’ve returned every spring since. Even though I’m plodding through the same meter-wide stretch of Trail, each year brings new experiences. Whether it’s sipping hot chocolate at Clingmans Dome to watch the sunrise, learning the “tic-check” dance on Rocky Top, or escaping the snow to get trashed on free moonshine samples in Gatlinburg, these are the spontaneous moments that turn into cherished memories. I may grumble about the climbs, or the rocks, or the friggin weather, but in the end, I love the AT.

Back to the problem

At various times this hiking season, 178 miles of AT were closed because of wildfires. That’s nearly 2 weeks’ worth of quality hiking the average hiker would miss out on. Imagine what it would be like to find yourself at Fontana Dam, only to discover that the Smokies were closed because 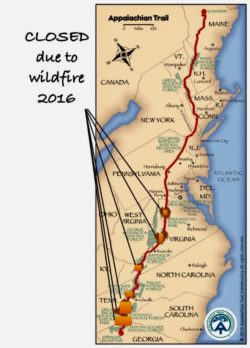 Large swaths of the AT affected by wildfire during the 2016 hiking season. Thank you to the Appalachian Trail Conservancy for allowing use of the background map.

of wildfires. Now imagine that 5 other sections of the southern AT were closed as well. No ride on the knarled tree at Bly Gap, no Clingmans Dome or Charlie’s Bunion, no Lovers Leap, no Hardcore Cascades, no Bald Knob (which isn’t bald), no blueberry milkshakes from Loft Mountain wayside, and… well, you get it. It would be an entirely different experience.

I don’t want next year’s class to miss out on any of the good stuff. So, can I do anything about it?

I am painfully aware of how dry this season was.  I can’t even think about it without sending a shout-out to all Pennsylvania Trail Angels for leaving jugs of water near trail heads. The drought undoubtedly increased the severity of each wildfire. However, fixing that sounds like a climate change discussion, which, while important, is beyond the purview of this post. Ditto high winds (windmill-powered phone chargers at shelters, also off topic, but still deserving of serious consideration, and I’d LOVE to have that discussion).

I understand that fire is a natural (and necessary) part of maintaining the forest ecosystem. While it’s tempting to take extreme measures to prevent wildfires, crop-dusting with flame-retardant fabric guard is probably not the way to preserve our AT. Trail maintainers and the NFS follow a more realistic approach through prescribed burns and felling dead trees. This limits spread of wildfires and promotes more even tree growth. For those living close to the Trail, joining one of these teams sounds like the ideal way to get outside for some sanctioned play with power tools.

Let’s face it, most of the wildfires along the AT this season were the result of careless behavior or outright arson. Arrests have been made. I don’t think that the comments about stringing up convicted arsonists by the balls from bear cables until the trees grow back is necessarily the right way to go (if nothing else, it would ruin the ambiance around shelters), but I understand the outrage.

Careless behavior is something we can address.  Glowing cigarette butts thrown to the side of the trail, campfires left smoldering and unattended, building fires in poorly designed fire rings, starting fires in dry forests on windy nights. These are a few examples of irresponsible decisions that we, as thru-hikers, know better than to engage in.

Some of my favorite nights were spent sprawled around a shelter fire with the tramily. There were cheers when my meticulously erected twig tipi ignited. On the really good nights, there was food (I like my hot dogs well done, and my marshmallows medium-rare please). No campfire signs usually sparked resentment. After all, we were experts right? We knew how to start and control a fire, right? Those signs were for other people. 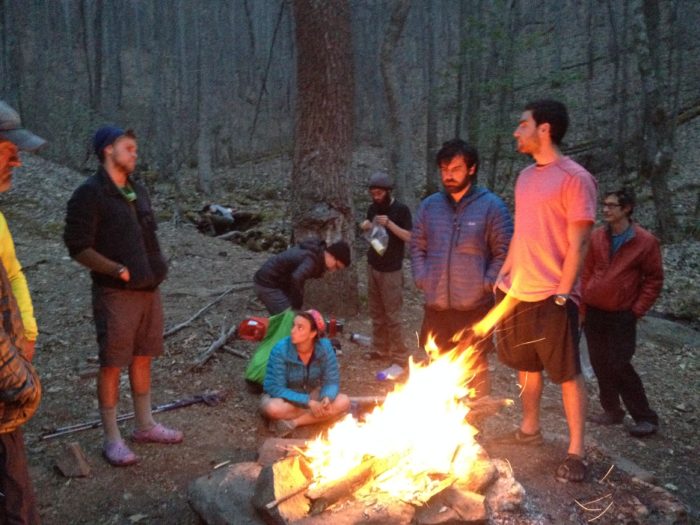 My outer grown-up overruled my inner-child in these cases, but I understand the temptation. However, I don’t like hiking through scorched and scared landscapes. And I definitely don’t like the idea of missing huge swaths of the trail. I’ll give up the campfires to ensure that the Trail will still be available for me, and others, to enjoy.

Great, so I’m committed to responsible fire practices. Now, how do we ensure everyone else is doing the same?

More signs? Stiff penalties for those breaking the rules? More Ridge Runners to ensure compliance? How about an ad campaign to highlight the disastrous consequences of people-sparked wildfires?

One sign to send a message is helpful, a second sign repeating the same will only breed resentment. Decades of research into the correlation between prison sentences and crime rates is weak at best, and results in overcrowding of prisons at worst, so I don’t think that this approach would be any more effective on the AT. While Ridge Runners provide a valuable service, the cost of employing an army of Ridge Runners to monitor us and the Trail is too prohibitive to be realistic. Besides, wouldn’t it begin to feel like they were chaperones at the dance, there to keep us from spiking the punch bowl?

So, what does work?

You remember when hybrid cars were introduced? (Bet you thought the title was just a catchy gimmick to attract your attention, that I wouldn’t be able to find a way to tie it in.) These hybrid cars were ugly and overpriced and most importantly, unpopular. The tax breaks helped boost sales marginally, but what really made hybrid cars a viable option? Cool people started driving them. Not necessarily celebrities, but rather the woman from work that you talk with and respect. Or the guy that t 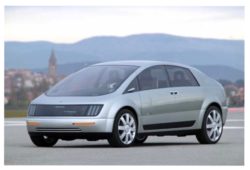 old you with pride as he patted the hood of his silent contraption that it was good for the environment, that it barely used any gas, and that it fit into tiny parking spaces. Now most auto manufactures are producing hybrid cars. Mercedes is even in the market.

If cool people can make something like a hybrid car popular, imagine the impact “cool” people could have on Trail behavior. We might even stop using our food sacs as pillows when hanging bear bags is too inconvenient.

Who are these cool people?

We are the cool people. Thru hikers, aspiring thru hikers, and LASH’ers. Yes, this is probably the only time in my life I get to say that with any semblance of sincerity, but in this case it’s true. You’ve seen the way day hikers and section hikers look to you for guidance, or solicit gear advice, or tricks to avoid another round of blisters. We are the role models, the Trail ambassadors. I don’t know about you, but it feels pretty good to be that guy.

There’s a cost to all this newfound fame. I have to set a good example. This includes fire discipline. Sure, I’ll demonstrate my amazing fire-starting skills, especially when the promise of cooked food awaits, but I also need to be seen ensuring that the fire is out before I crash for the night. And when I’m hiking through an area where fire bans are in effect, I will continue to respect the rules.

I need the AT to be there when I come back, and I’m willing to do what it takes to ensure that the AT I come back to is as pristine as possible. (I can already feel my otherwise unflappable wife cringing at the thought of another 6-month separation, but I promised that we’ll go together on our future hikes.)

Thank you for enduring my rant. Considering the devastation caused by this year’s wildfires, I think the discussion is warranted. There are still blazes to follow. Let’s keep them white (or maybe blue if the mood strikes).