Winter Months and Not Becoming a Permanent Fixture on My Couch

As with most people going for the trail, I enjoy existing outside my comfort zone, though personally, my comfort zone usually does not have the risk of frostbite and hypothermia.

My comfort zone is warm.

What does that mean for training?

I’m starting the Appalachian Trail the spring, so winter training is non-negotiable. That doesn’t make it easier, though, and I work at a local YMCA, where I conveniently have a great facility to work out in year-round in a nice, warm environment. When the sun goes down and I don’t fancy getting hit by a car running on the road, I can pound out some miles on the track or on that adjustable-speed conveyor belt or get some elevation on the stairclimber. Collectively known as the art of working really hard to get nowhere, while watching cars out the window.

Then I heard about the Beast of Burden

No, I’m not talking about The Rolling Stones song, though they did play it at the starting line (I did listen to this song a lot the last two months and realized that when I was younger, I definitely thought the song was about driving around in a “Big Suburban” … but let’s keep that between you, me and a fencepost).

The lowdown: The Beast of Burden is an ultra marathon series with a nearly flat course along the Erie Canal tow path. They offer 25, 50, 100 mile options on 12.5 mile lengths (a full loop was 25 miles), cut-off for 50 miles was 24 hours (because it was on a looped course) and 30 hours for the 100 miles. It sounds difficult, but as far as 50 milers go, it doesn’t sound too bad, right?

It’s near Buffalo in the dead of winter. No better opportunity to leave my comfort zone! 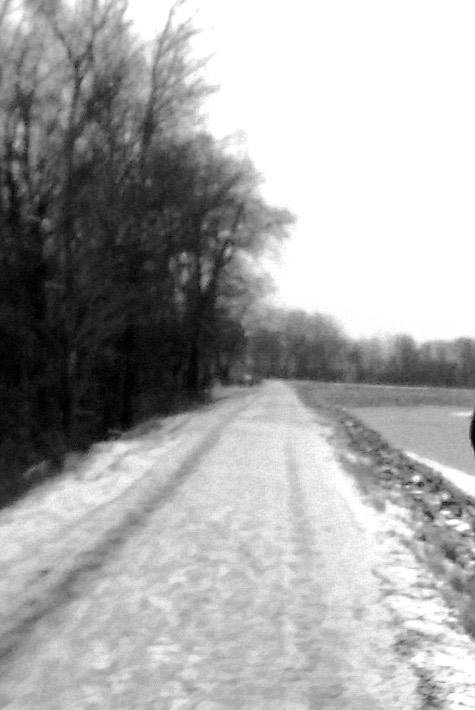 I heard about the Summer Beast (same course, but in August) a handful of years ago, found out about the Winter Beast online, and heard stories about both from a friend who’d been around both events as a volunteer. I researched, picked her brain, signed up, trained, carbo-loaded, finished up other details of preparation until I stood at the start last weekend, looking at the other runners around me, wondering what business I had in their company.

None, I have no idea what I’m doing!

I grew up snowboarding, sledding, picking ravines to slide down (we were weird), but I had never run in the snow, and for that long? I didn’t even know that was possible, especially for me. I’m no Wim Hoff, you know.

The unease and nerves were familiar but more notably, they were 100% my doing; I had decided to do it because it intimidated me, and there it was, staring me in the face.

The intimidation factor was what intrigued me, and made it hugely dynamic. The unpredictability of the weather required me to attempt to mentally and physically prepare (in theory anyway) for anything between zero and fifty degrees, including all forms of precipitation because Mother Nature doesn’t care if it’s race day and you have to run with ski goggles to keep ice pellets traveling at 40mph out of your eyes.

It ended up being right around 30 degrees, dipped a bit after dark, with flurries the entire time and about two hours of heavier lake effect right in the face. I had a great race — much better than I predicted — and though I felt like puking for the last six or seven miles, my recovery was speedy and painless for the most part. Facebook did capture the moment right after finishing, though, as they shuffled me into the tent and took my a picture in which I look like I was smiling through some pretty severe pain. I was. It was temporary.

Even though I couldn’t climb stairs very well the next day (or do anything … I mostly slept), those nerves, the prep, all of it, was so totally worth it to realize 50 miles in snow was not nearly as bad as I thought it’d be. Training through the winter doesn’t have to mean driving through the snow to get to a gym for me anymore. 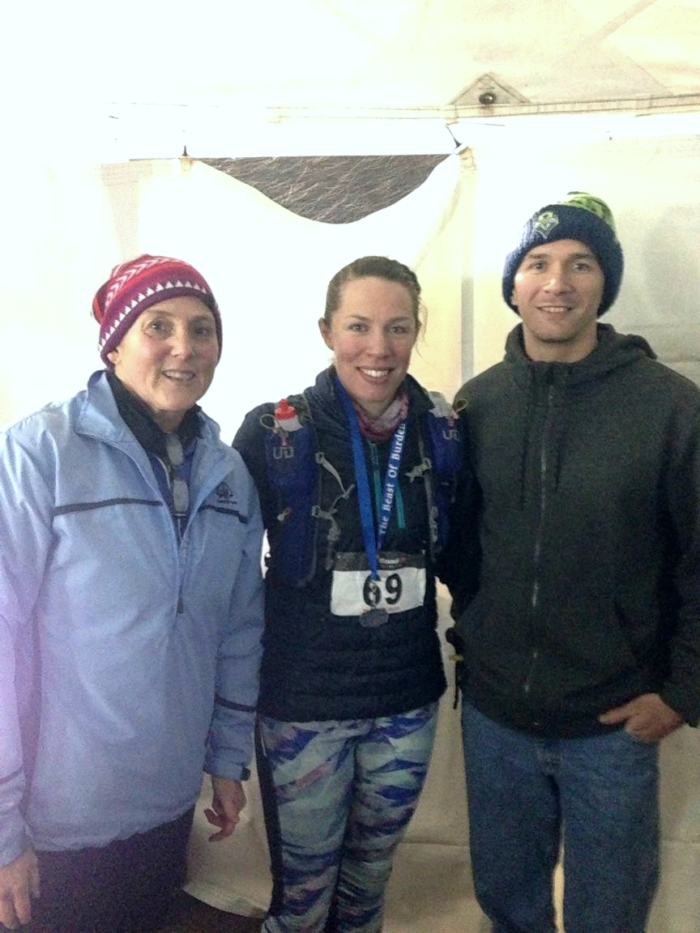 These two are awesome pacers.

Relativity is a wonderful thing, and I plan to continue training outside through the rest of winter and spring until my start date. Not exclusively, but damn often.

For you gear and/or running nerds out there:

I ran the first 25 miles with:

I did almost a full wardrobe change at the half-way so I ran the second 25 with:

*We had to have a hat and facemask, but I did not run wearing them because they made me too hot.  I sweated through my first jacket by the end of 25, but I was moving and it didn’t get me noticeably cold. The most consistently comfortable temperature-wise were my feet; least were my hands.  It wasn’t cold enough that I had issues with my water freezing, but I know runners have had that in the past.