The Appalachian Trail Conservancy has joined the calls for justice for America’s black citizens as turmoil fed by a black man’s death during an encounter with Minneapolis police roils the nation’s cities.

The ATC, while acknowledging that the Appalachian Trail—the institution it works to preserve—is not racially or ethnically diverse, said that it has worked to make the trail more inclusive, and will continue to do so.

“Justice, equity, diversity, and inclusion must be the cornerstone of everything the ATC does,” the organization said in a statement from Sandra Marra, its president and CEO. “We will continue to undertake training, we will educate our Trail-wide community, we will diversify representation among our staff, our Board, and our volunteers and visitors. We will continue to reach out to Trailside communities, addressing issues around race, ethnicity, and inclusion—including making the Trail and Trailside communities safe, open, and welcoming spaces for black hikers. We will invest—with time and money—in change.” 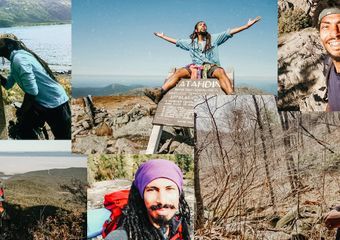 Backpacking in America as a Person of Color: Hikers Share Their ExperiencesJust a couple miles past the Mason-Dixon line during his Appalachian Trail thru-hike, Daniel White, aka The Blackalachian, and a female hiking partner decided to camp at Pen Mar Park. Just after dark, a group of white men riding motorcycles…Read More

The Appalachian Mountain Club, the largest outdoor organization in the Northeast, and the Pacific Crest Trail Association also weighed in on racism in America.

“I hope you’ll join me and all of AMC in condemning the racism that lives today at the very forefront of our society,” AMC CEO John Judge said in a statement. “Let’s work now more than ever with love for one another, prioritizing every other person’s well-being as we would our own. Our planet and our one human race depend on it.”

“We are committed to discussing this within our community and determined to take meaningful steps toward change,” PCTA  Executive Director and CEO Liz Bergeron said in a brief statement.

The ATC’s Marra noted the recent events that led to protests in cities nationwide following the death of George Floyd, 46, on May 25.

“We have seen the recent and tragic deaths of black men and women—Breonna Taylor, Ahmaud Arbery, and George Floyd—generate anger, frustration, resentment, and protest. We have seen, not just in the past few weeks but throughout the history of outdoor recreation, black men and women try to enjoy the outdoors only to have the police called on them while birdwatching (Christian Cooper), to have a gun pulled on them while picnicking (Jessica and Franklin Richardson) or to have been shot while going for a run (Ahmaud Arbery). We know these are only a few stories among many where black men and women have been systematically marginalized and targeted.” 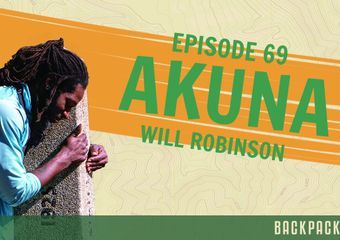 Backpacker Radio 69 | Will "Akuna" RobinsonIn episode 69, we are joined by Will Robinson, AKA Akuna. Akuna is an army veteran, the first known African-American male to complete the Triple Crown, and an all around awesome guy. We talk about his experiences in managing chronic…Read More

“We have heard the voices of many—in the cities and beyond—calling for an end to this widespread injustice and racial violence,” Marra continued. “We have heard the call for a more equitable, inclusive, and peaceful future. Through the anger, sadness, and frustration, we have seen and felt the urgent need for justice, particularly for those who have been pushed to the margins. We, as a Conservancy, join those voices and demand justice but we also recognize the problem exists in our own community.”

“As we have learned throughout the course of this pandemic, the A.T. is not a separate reality from the rest of the world. The need for justice is just as relevant in the Trail community. The A.T. is not racially or ethnically diverse. It is not accessible to people from low-income communities. It is not always a safe place for women. And, it is not relevant to many people we consider to be part of the next generation. We recognize this must change. We recognize we must orient ourselves and the broader Trail community to justice in its many forms — environmental, social, racial, and economic.”

“We feel justice comes in the form of action. We believe action can make meaningful change. We are committing to making the A.T. and the broader Trail community a space that is inclusive, open, and safe for all.”