AZT Passage 31: Still Near Flagstaff and Having a Nice Time 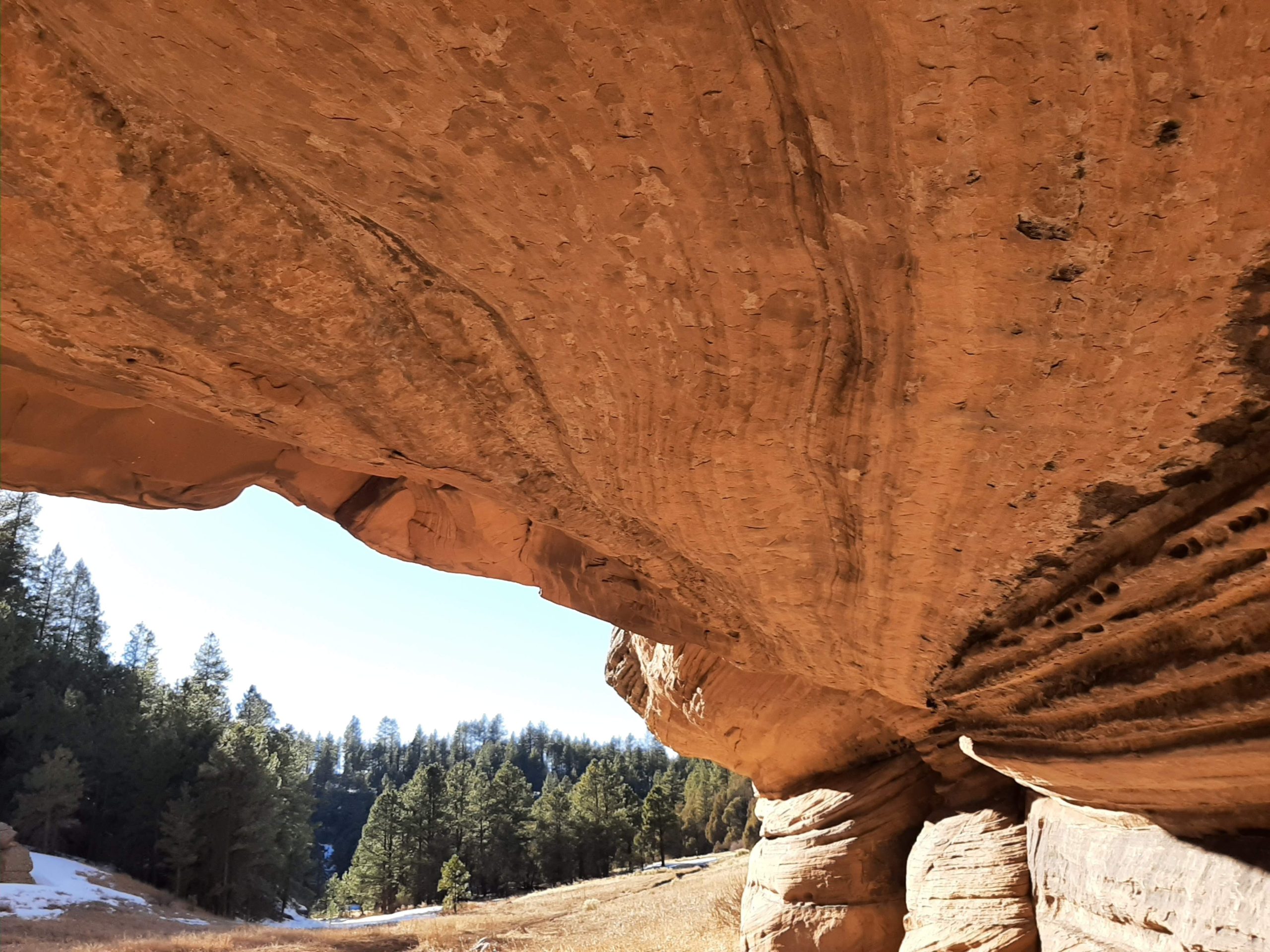 The view from the base of Fisher Point. As you approach, you’ll be able to see more of the scale and texture of the rock that makes up Walnut Canyon.

I’m not sure why, but I was surprised to find a (relatively) little canyon just outside of Flagstaff. This is despite the passage’s name literally being Walnut Canyon. I came to a point where the trail started moving downward with views of tree-covered cliffs and had to thoroughly adjust my expectations.  For the better, I think. This is a lovely little passage, not too far from the city that, from the northern end, looks like it’s doing nothing until it quite abruptly does. 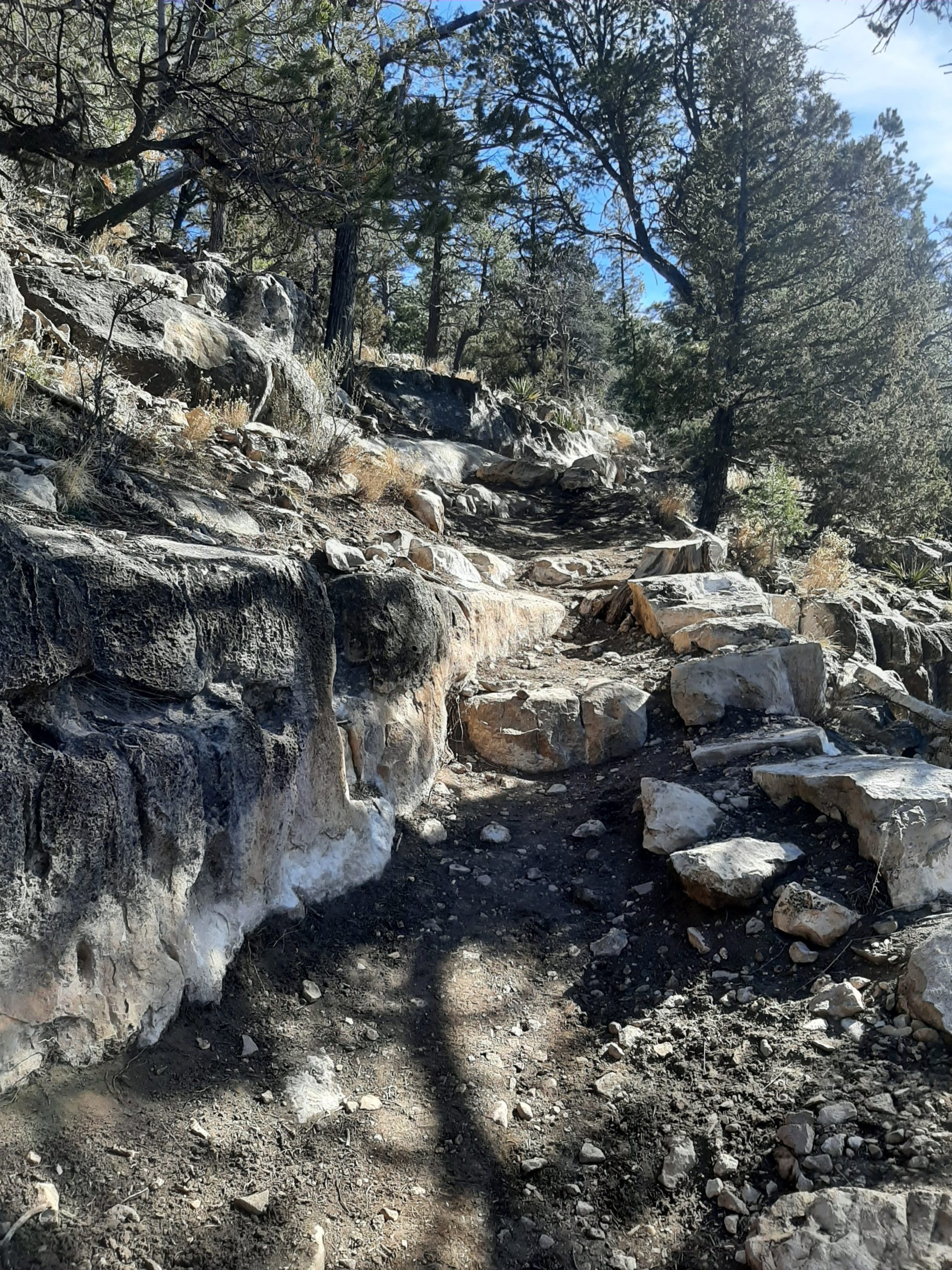 A rocky stretch of trail toward the northern end of this passage. To the right is a bit of an overlook. 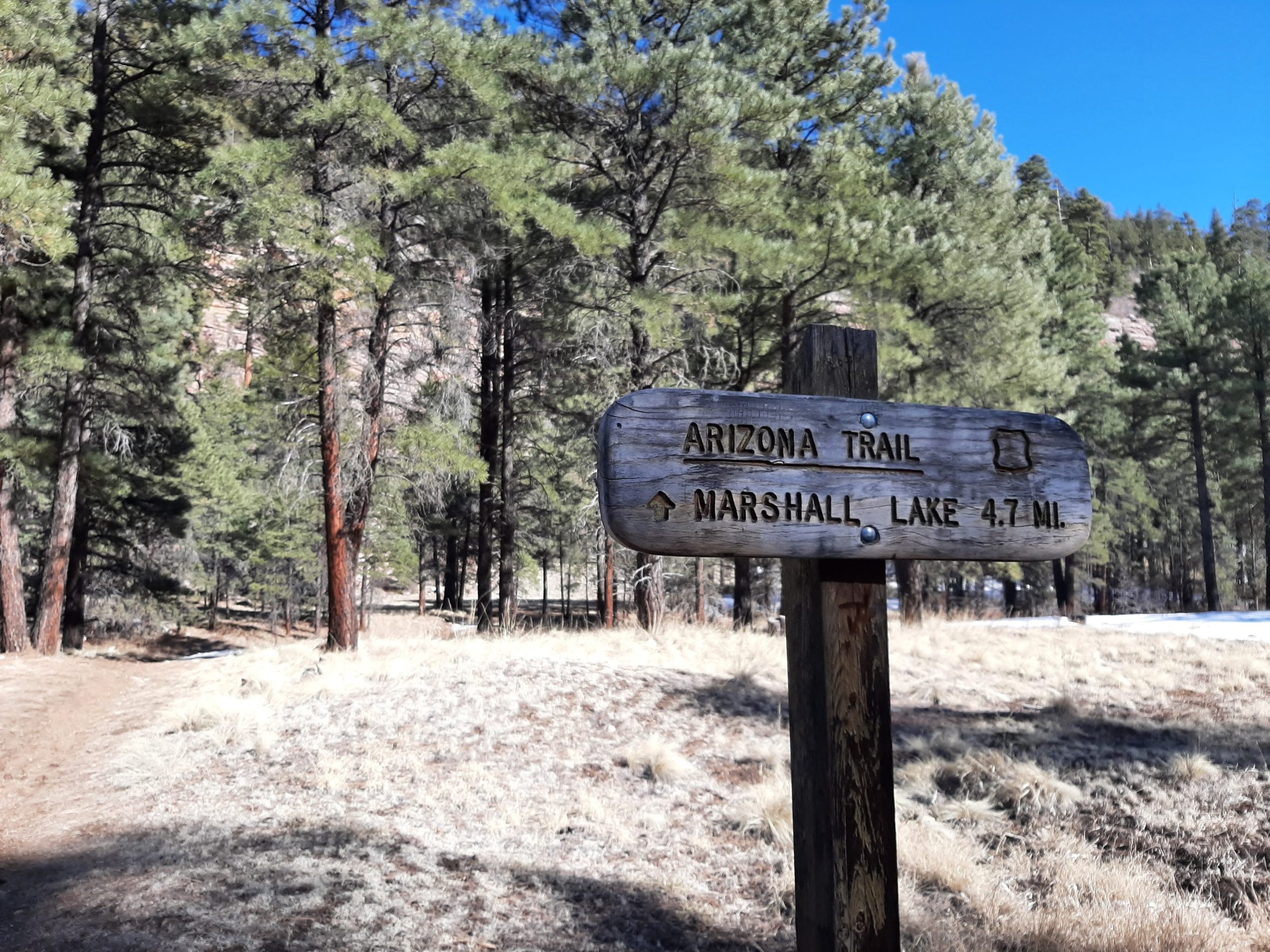 At the intersection of AZT 30 and the Sandy’s Canyon Trail. Fisher Point and access to Passages 31 and 33 is roughly 2 miles further north.

To reach the northern end, head east on Interstate 40 just below Flagstaff. The trailhead is just off the Cosnino Road exit. Two immediate right turns lead to a frontage road where there is space to pull over and park. The AZT crosses this road about half a mile in.

The passage officially ends at Fisher Point, which is not accessible by car. You’ll need to park at either Sandy’s Canyon Trailhead or Canyon Vista Campground (about .3 miles further south) off Lake Mary Road and hike in using a connecting trail. It’s very clearly marked from both points and will take about four miles to get to Fisher Point, but the trail connects to AZT Passage 30 about 2 miles in.

Either N-S or S-N works for this passage, though I think most points of interest are closer to the southern end. If you’re day-hiking, I’d probably recommend starting at either the trailhead by Walnut Canyon National Monument or the connecting trail at Sandy’s Canyon.

It’s right there in the title: Walnut Canyon. This is the sort of trail it’d be great to take non-hiking visitors on, since the trail is so gentle and the scenery so good. Good enough to draw you forward, trying to see what’s coming next. Honestly, I think I was just delighted to find another canyon. Don’t know what it is about tall views, but they’ll get me almost every time. 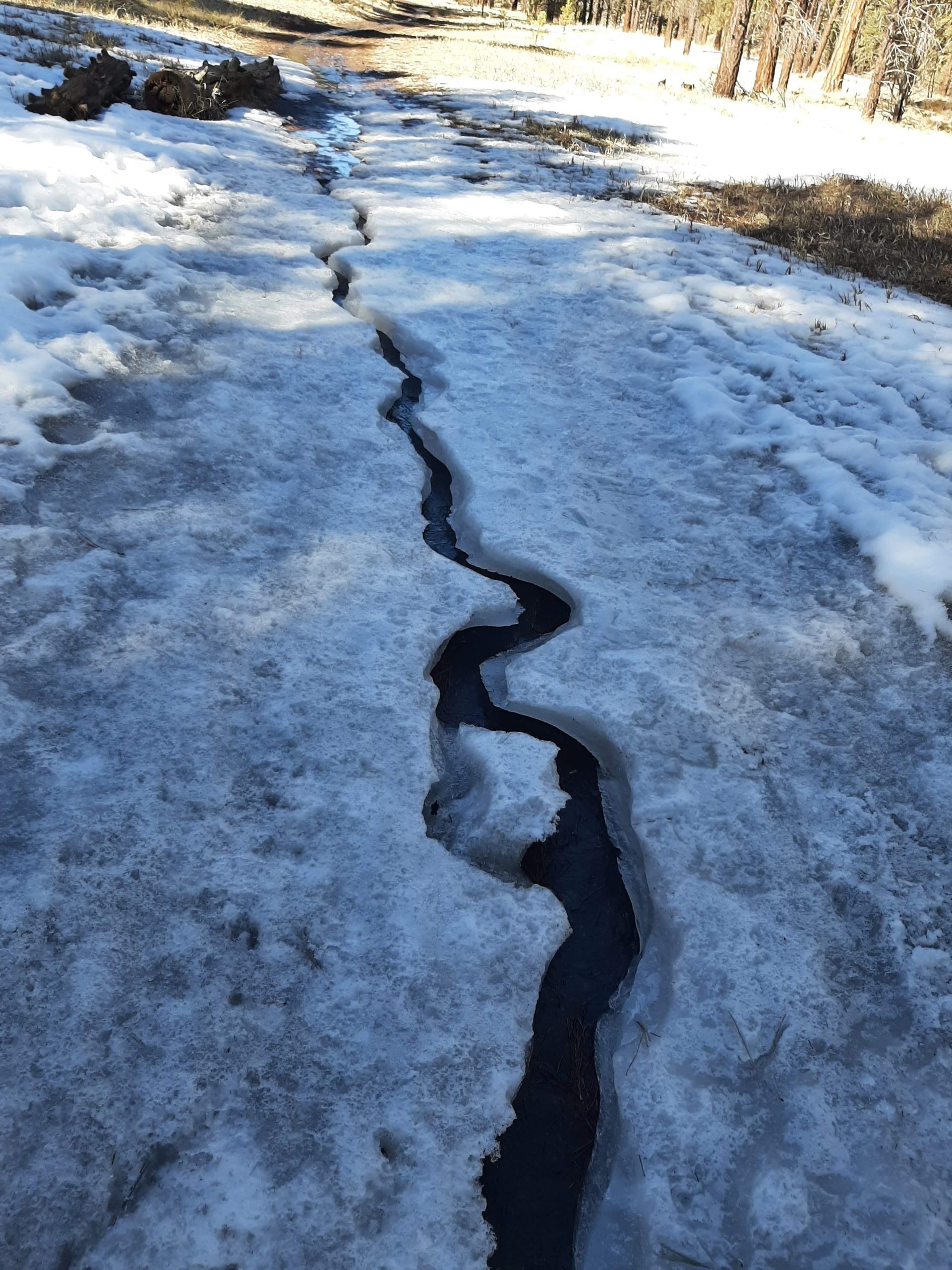 As much as I love spring, it does mean you’ll have to deal with both ice and mud while hiking. For whatever reason, the stretch of trail just below Fisher Point is particularly bad.

This is still in northern Arizona, so there will be seasons, but not much humidity. There are a few (small) open stretches along this passage, so you’ll have to deal with whatever weather there is. I don’t think it’ll be too much of a problem most of the time.

Again, this trail didn’t feel too difficult to me, so you probably won’t need to pack any special gear. I will say that there was a lot of mud and ice when I was there, despite the warm weather. Especially that first slope after the Sandy’s Canyon trailhead was slippery in a way that I wasn’t sure I’d be able to get up it again. So if you have crampons, a pole, or anything along those lines, I’d recommend bringing it along for winter hikes.

This section is still too close to Flagstaff to allow camping along most of its length. Its southern end, however, is only about three miles from Canyon Vista Campground. It’s only seasonally open (roughly May to October) but it has restrooms, water, and easy access to the trail. 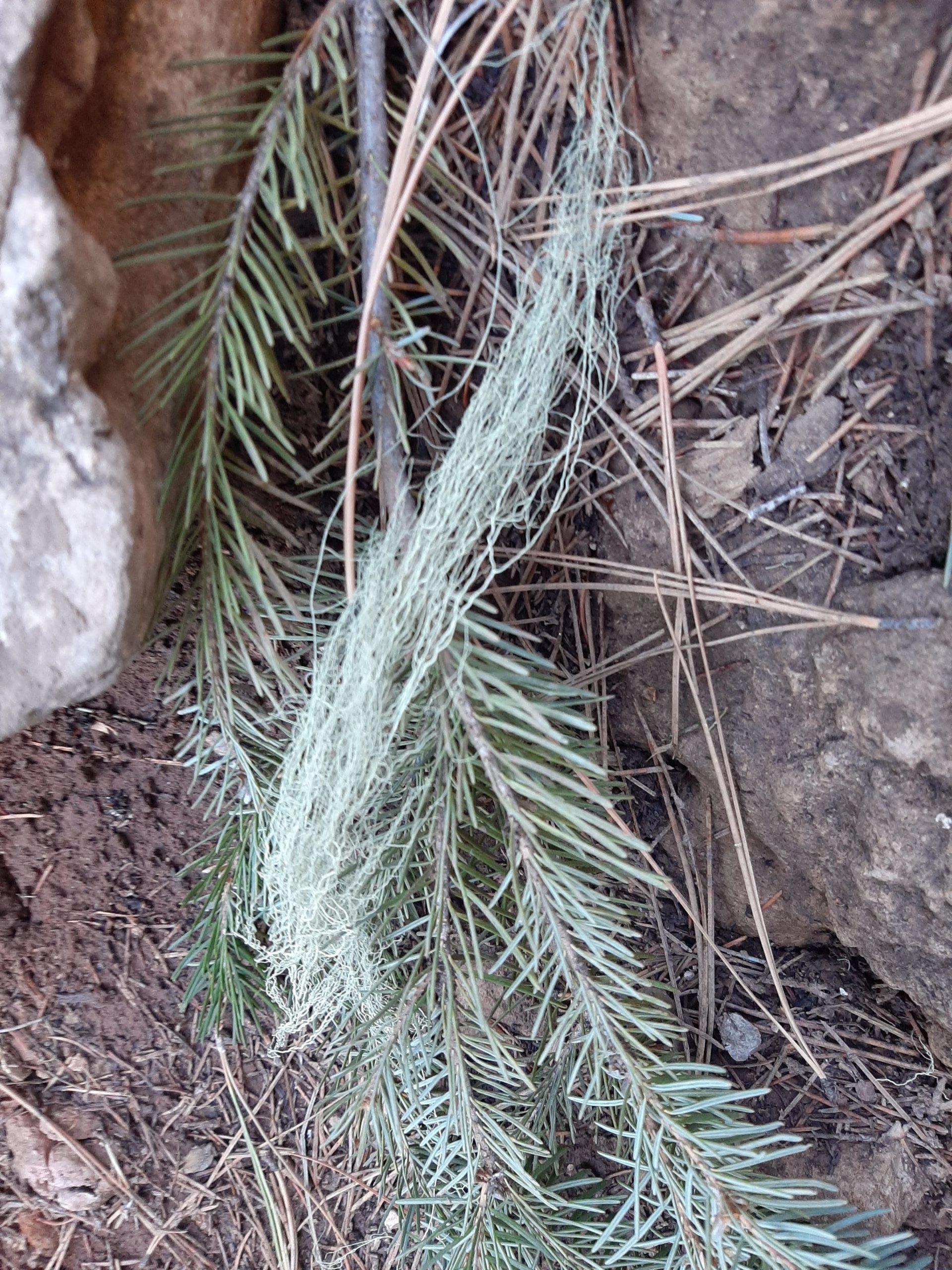 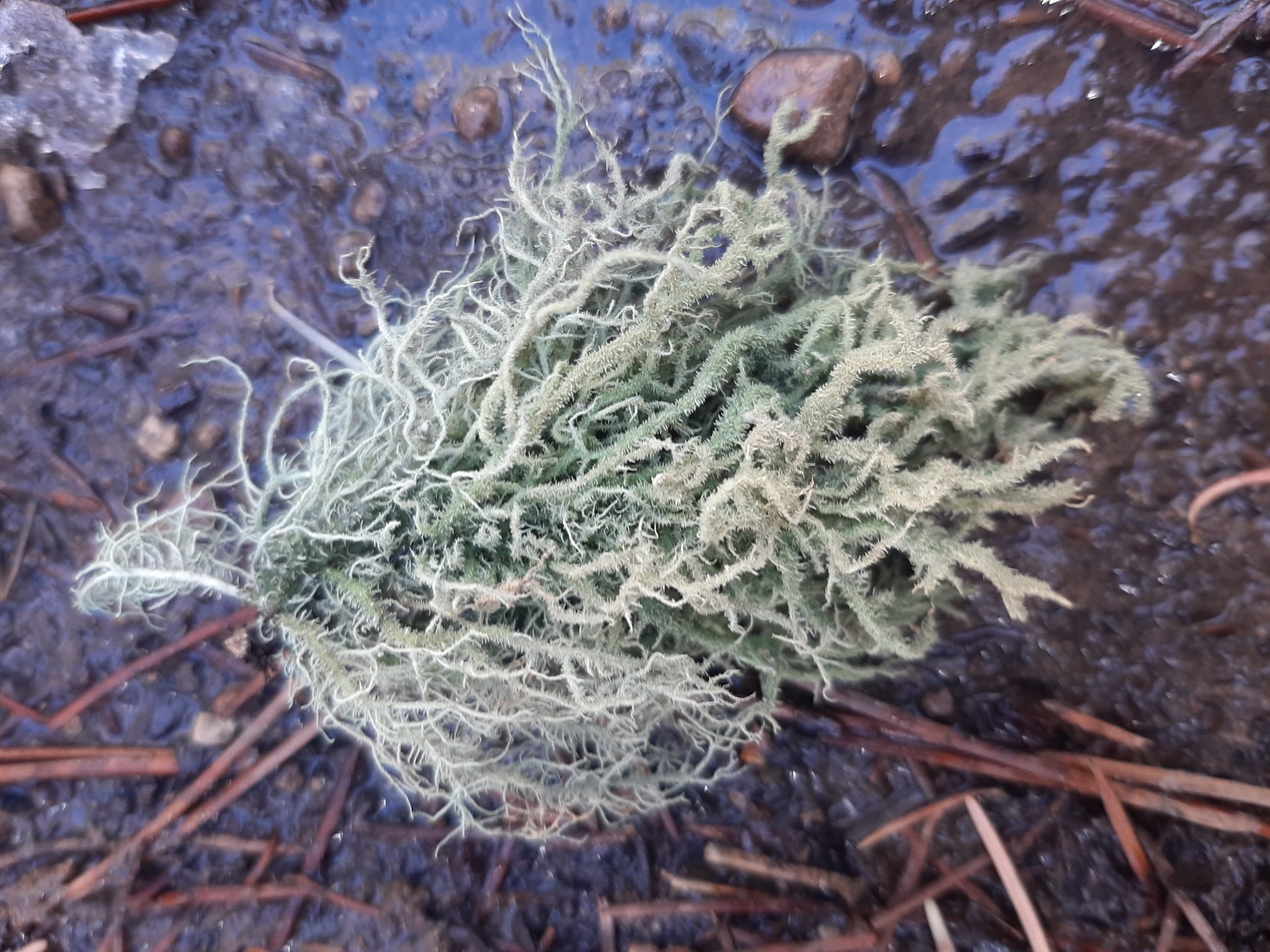 We’re back to plants, specifically all the varieties of lichen to be found along this passage. Here are a couple I managed to see.

Even though I’ve lived in the area for a while now, I’m still surprised by how many interesting things are happening just a little out of the way. Walnut Canyon especially was one of those for me on this passage, and I’m sure if I were to do a little more research there’s a fascinating historical and geographical background to it as well. Here’s an overview of some of those landmarks to keep an eye out for.

As with Picture Canyon in the last passage, Walnut Canyon used to be a home for the Northern Sinaguans who left behind traces of their life in the area.

You only skirt the edges of the canyon on the Arizona Trail, but this passage still allows you to experience it from a variety of angles. There are a number of viewpoints and a short section that, to me, felt reminiscent of trails heading into the Grand Canyon. Less steep of course, but the exposed rock along the trail was lovely. The AZT also travels fairly close to the official Walnut Canyon National Monument (between 3 and 4 miles from the Cosnino Road trailhead, the trail crosses a paved road. This leads to the monument’s entrance).

Visiting the monument itself requires an entrance fee, which will give access to a couple of small trails, views, and interpretive information. I didn’t have the time to do this, so I can’t say much more. It’s definitely on my list to return to, though.

An Assortment of Lichens

Lichens are a category of plants that I know even less about than usual. They are also the plant group I’d most like to know more about. So I’m not going to try and be scientific, but I will say that this passage has a variety of lichens, especially as it passes Walnut Canyon. It seems like there are a lot more than usual.

Some are ones I’ve seen occasionally throughout this project–colored splotches crusted on pale rocks, tangling felted clumps running up the sides of trees. Others–pale clusters with a much larger, ribbon-like structure, hair-like wisps hanging in rows from empty branches–are entirely new to me. And as you may have guessed from the descriptions, I am here for all of it.

Fisher Point is listed as the connecting point between Passages 30, 31, and 33, though the viewpoint is most squarely in this passage. The exciting thing about Fisher Point for me, though, was actually the lower end. As you come out from a mild descent, there’s a clearing with the other passages branching out. In the opposite direction, an unrelated dirt track runs through the base of Walnut Canyon (about 3 miles). The canyon from this angle is this tower of exposed lightly lined stone, blocking most view of what’s ahead. At its base, a shallow opening,  Through it still has remnants of graffiti, wandering near this shelf allows you to more closely see the texture and scale of the canyon’s foundations. 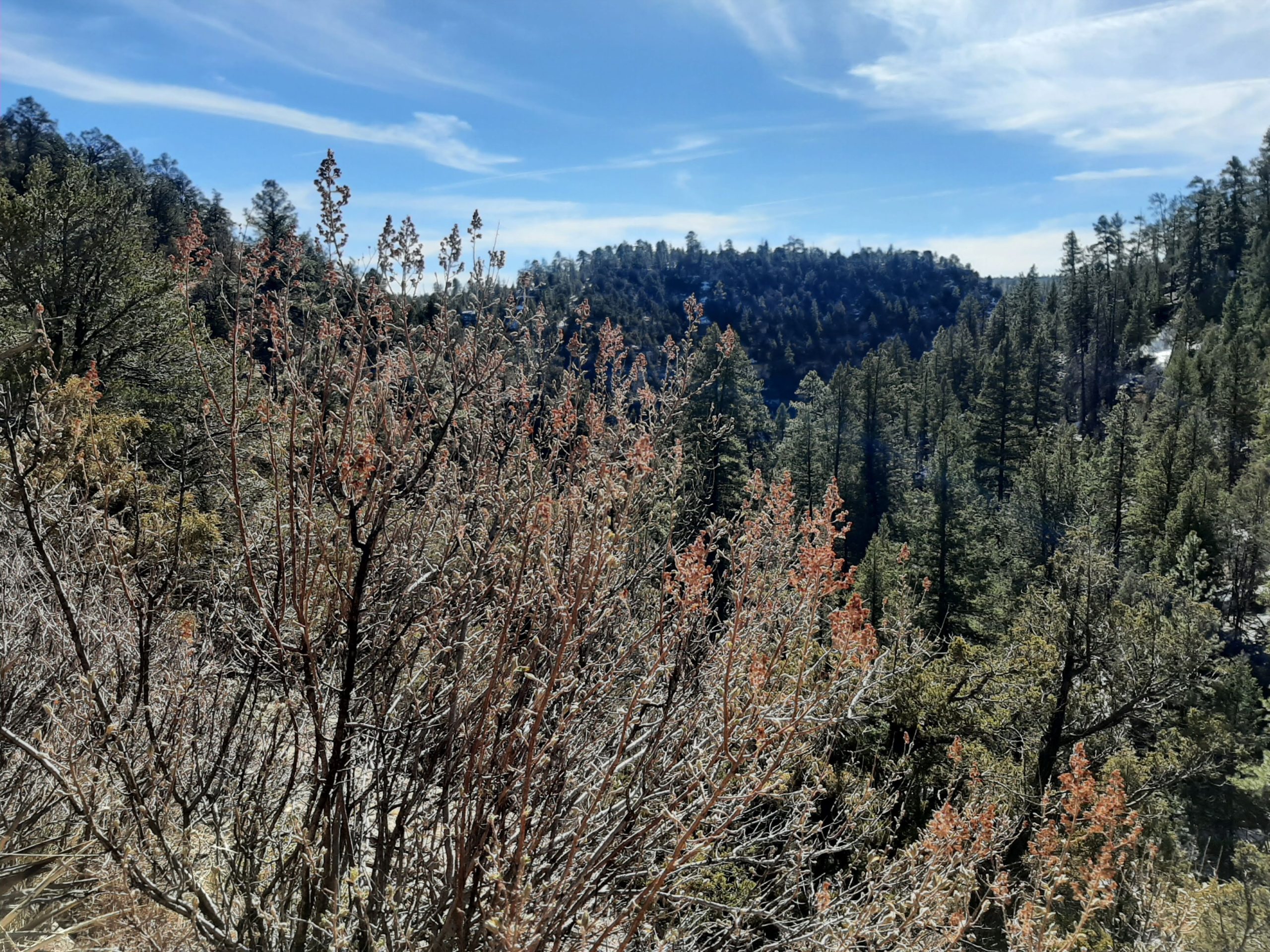 Here’s one of the first glimpses of Walnut Canyon as you’re coming from the north. Though forested, it still manages to convey its scale.

Most of the water sources for this passage are found toward the southern end. As far as I can tell though, there aren’t any reliable ones, and of course, anything you find will need to be filtered.

You can detour to get supplies from Flagstaff, but if you’re thru-hiking, other sections will be much closer. Taking Passage 33 from Fisher Point (it’s marked Flagstaff on signs), for example, will bring you through the center of town. 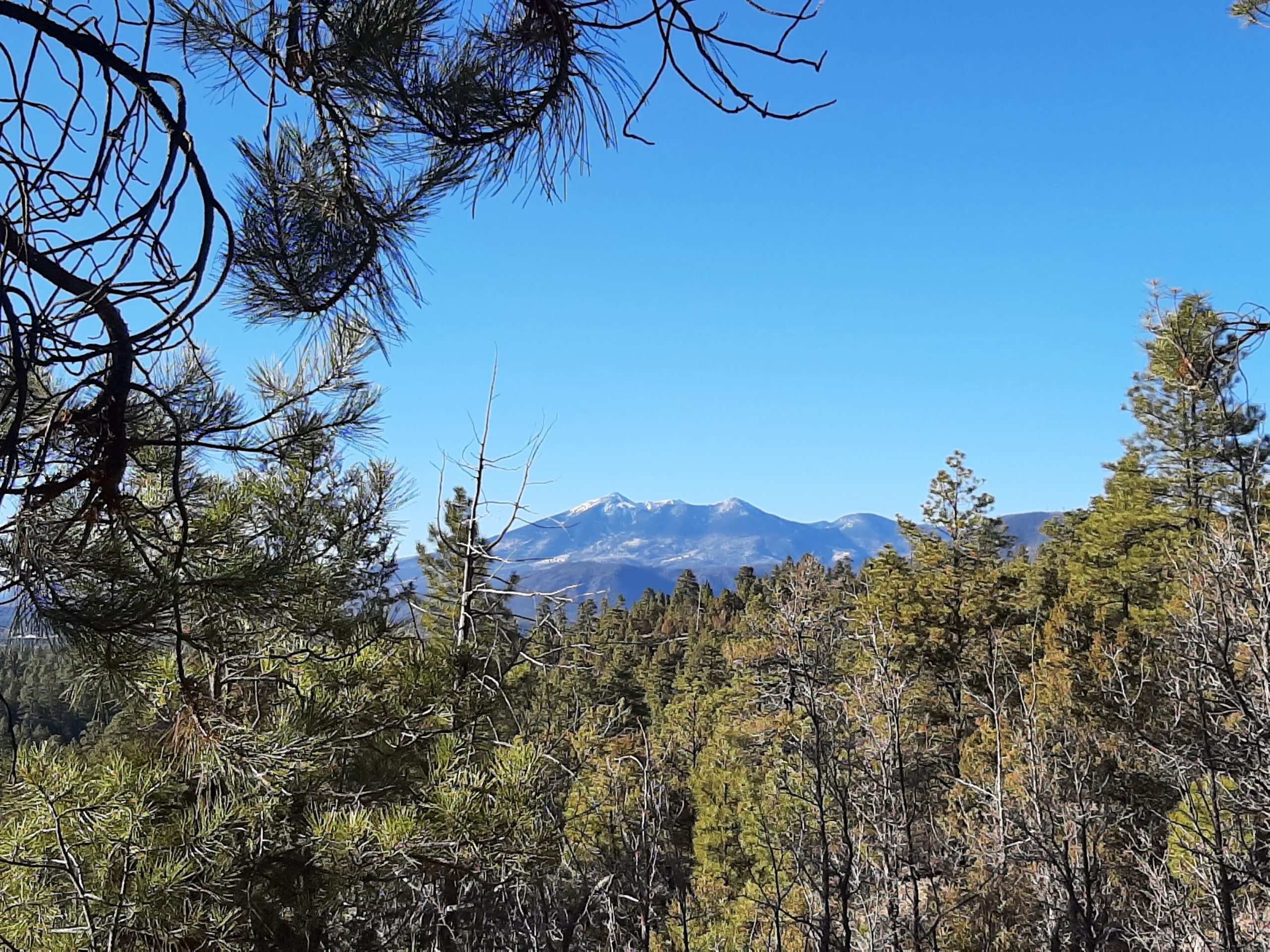 Yes, you can still see the San Francisco Peaks throughout this passage. This is toward the southern end, a welcome reminder that I am, in fact, making some progress.

This isn’t the showiest section of the AZT, but I did really enjoy it. It seems almost designed for day hiking–short exploratory trips with friends and a picnic lunch. I had a chill time hiking it and sometimes that’s exactly what you need.

Thanks as always for reading!

A quick programming note: I’ll be switching to a monthly posting schedule for the spring, since work is picking up at the same time the passages are getting both longer and further away. I still want to be able to give this my best effort, and I need a little more time to thoroughly hike each section while maintaining the writing quality. The current plan is for this to be temporary, and I’ll be sure to keep you updated as I know more.

I hope you’ll continue on this with me—we’ll pick up in April with Passage 30. Until then, happy hiking.