The following is a guest post courtesy of Paul Magnanti of PMags.com.

rel•ic rĕl′ĭk
n.
Something that has survived the passage of time, especially an object or custom whose original culture has disappeared.
From The American Heritage Dictionary of the English Language, 5th Edition.

During the recent COVID epidemic, many people took to the wild places to find isolation, solace, and recreation when traditional recreational outlets were closed.

No after-work drinks at the local watering hole, no sportsball at the local arena, and no munching of popcorn and slurping fizzy sugary beverages at the air-conditioned cinema.

But the woods beckoned. And people went.

And various corporations, always eager to make a buck no matter the situation, marketed their goods for the burgeoning outdoor market as lifestyle ads in the typical fashion. The latest SUV parked by a lake with a campfire present, outdoor magazines with barely disguised promotional pieces portrayed people around the campfire with the clothing or gear discussed in the advertorials. In an apt Venn diagram of consumerism, many ads represented camping, vans, and expensive lifestyle goods as simpatico and all part of the outdoor experience.

But while these ads may influence the culture to a certain degree, the ads work because the culture already associates campfires as part of the outdoor experience in many ways.

And it is an association we need to end in the backcountry.

Campfires belong in the past as part of the outdoor culture.


Why do we want to end this once treasured part of the backcountry outdoor experience? There are many reasons we should view campfires in the same way we view burying garbage, cutting down pine boughs for bedding, or trenching around tents – as a relic, something not done and not part of 21st-century backcountry culture. 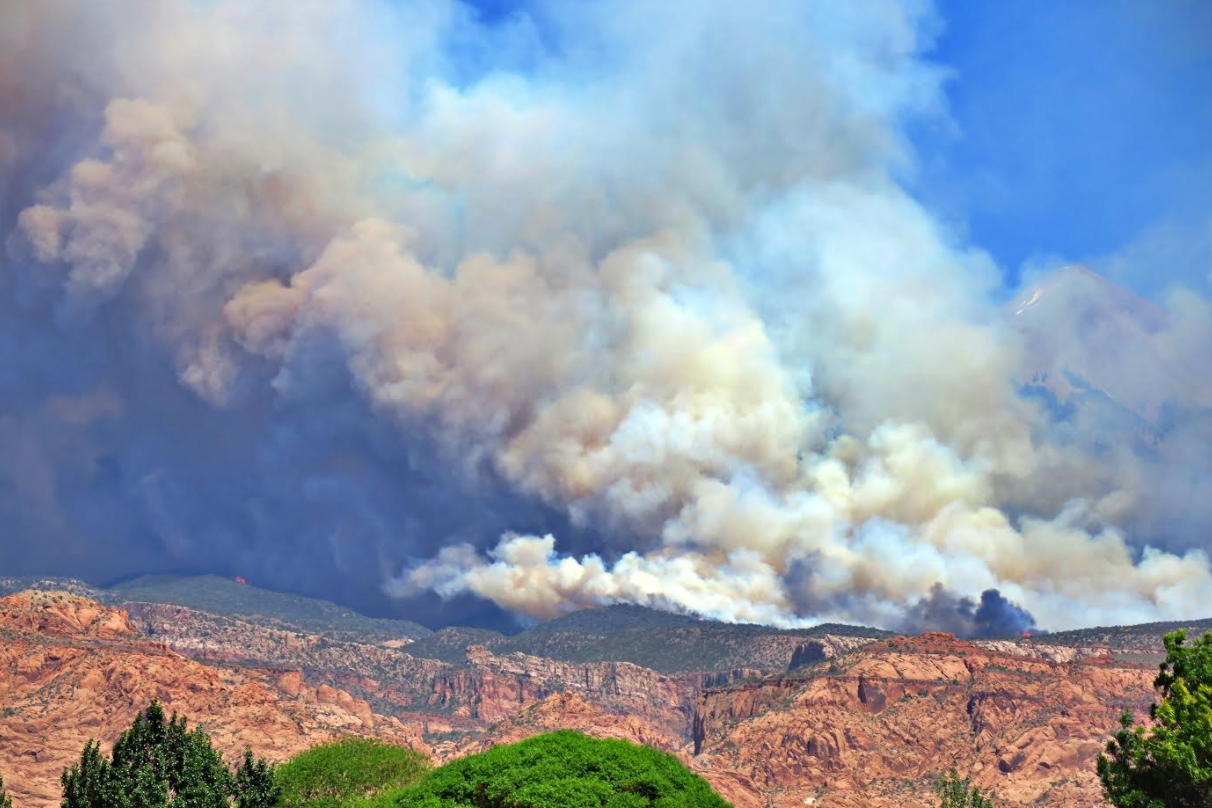 The Pack Creek Fire, as seen from my mailbox about five miles away, was started by an unattended campfire.

The world’s getting hot and drier overall. The Western US currently sees itself gripped in its worst drought in over a thousand years. Such areas as the Pacific Northwest see themselves with its heatwaves and dry conditions, and even ordinarily wet regions of the East Coast see themselves in unprecedented situations. In simple terms, the word’s becoming a tinderbox. One where one stray spark or unattended campfire can, and in some cases already has, caused fires of unprecedented size and strength. Including five miles from my home.

We are not throwing gasoline on the fire. But we are starting fires where they don’t belong. 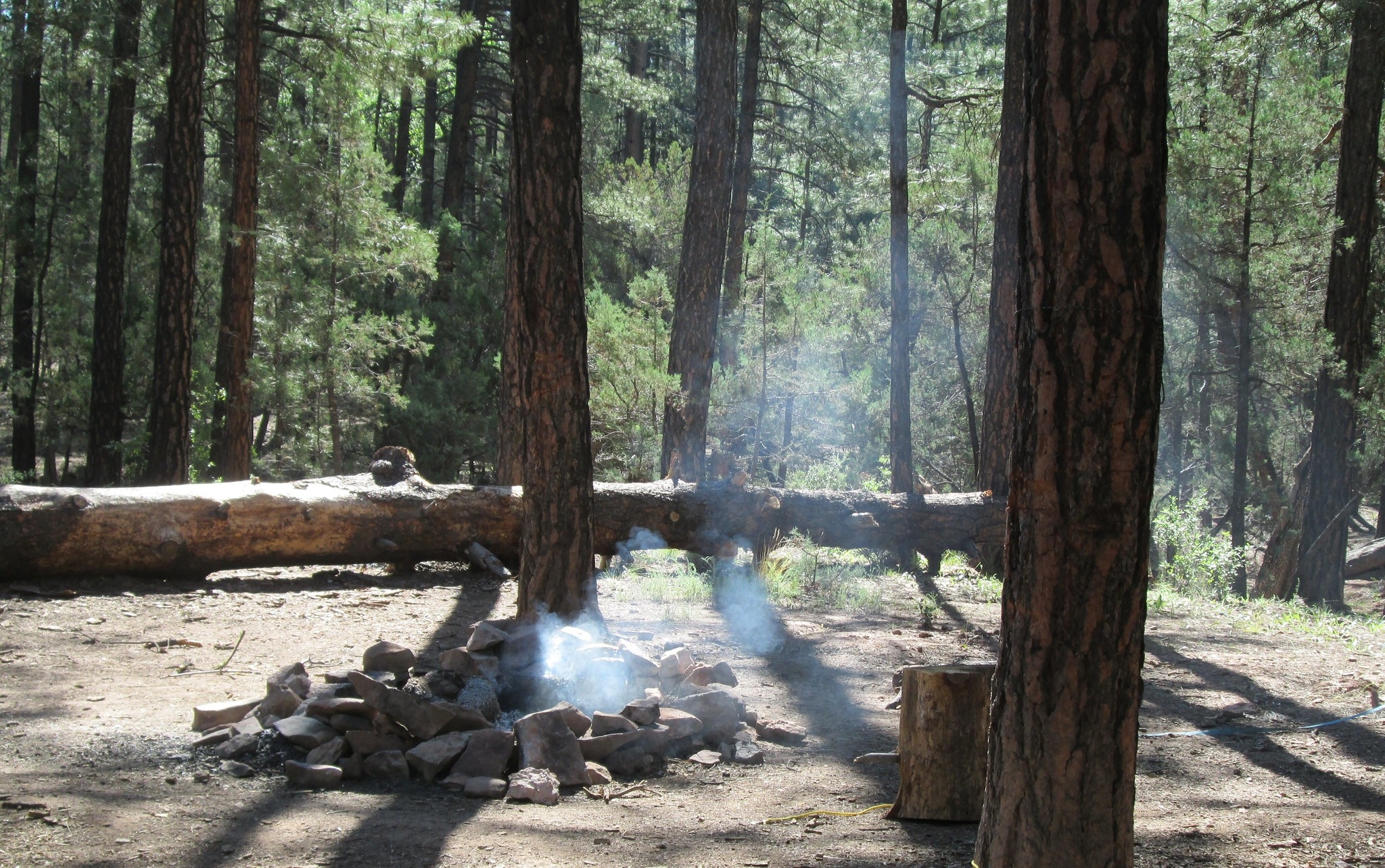 In the Western US, campfire bans typically get put in place every summer and often well into fall. And well-used areas, regardless of location, make starting a backcountry campfire illegal due to population pressure, resource scarcity, the fragility of an ecosystem, or many other reasons.

Despite the illegal nature of these backcountry campfires, it does not stop people from making campfires.

This lack of adherence to the bans is a shame because: 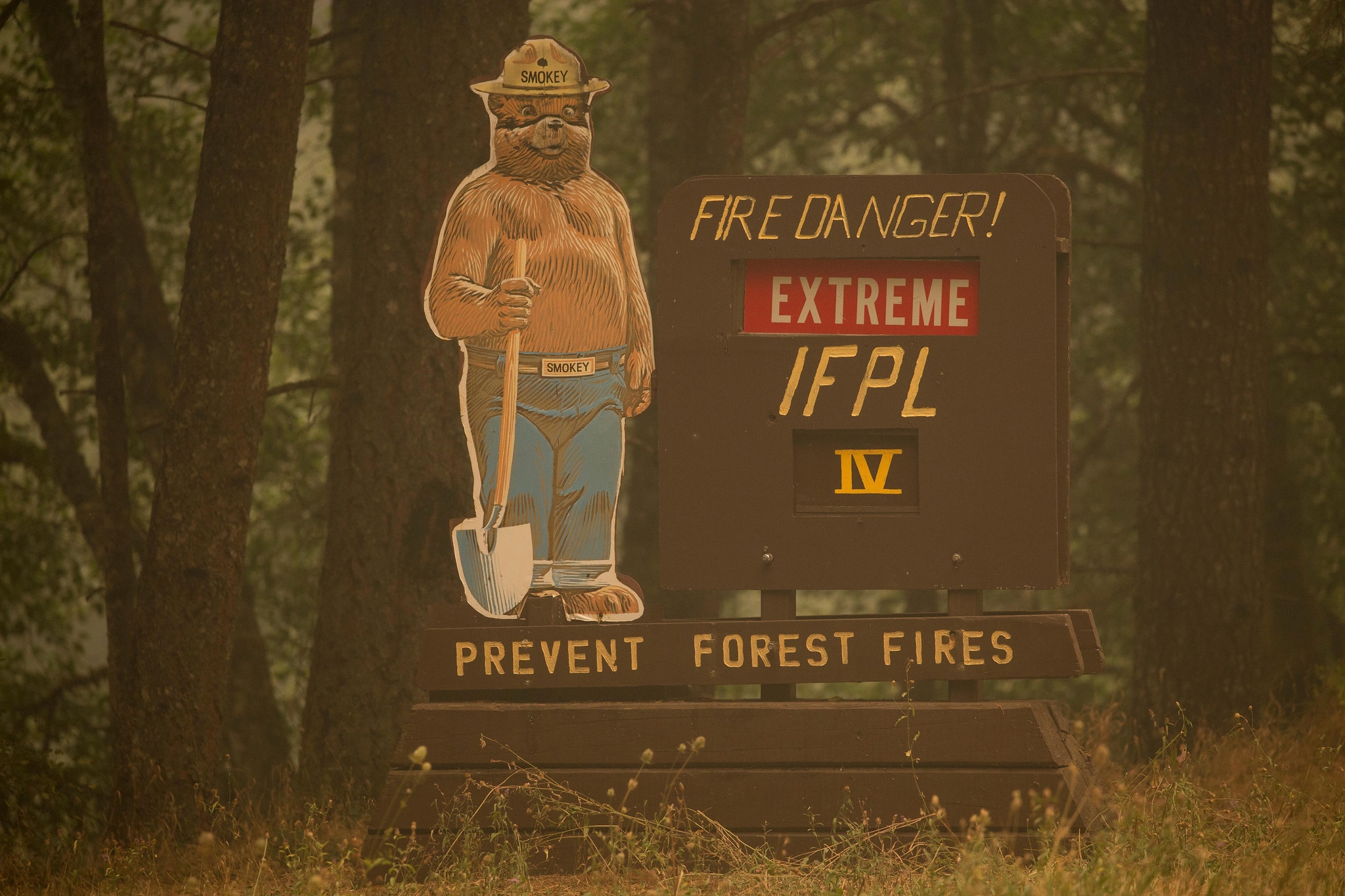 Despite claims to the contrary about lightning, peer-reviewed articles show that nearly 90% of wildfires get caused by humans as of 2020. Even more sobering, 92% of large fires (1000+ hectares/ 2400+ acres) get started by humans in the Western US as well.

And per the National Interagency Fire Center statistics, nearly 20% of fires caused by humans started as campfires, closer to 30% if you count the burning of garbage. That’s about 700,000 acres, or one Rhode Island, a year. 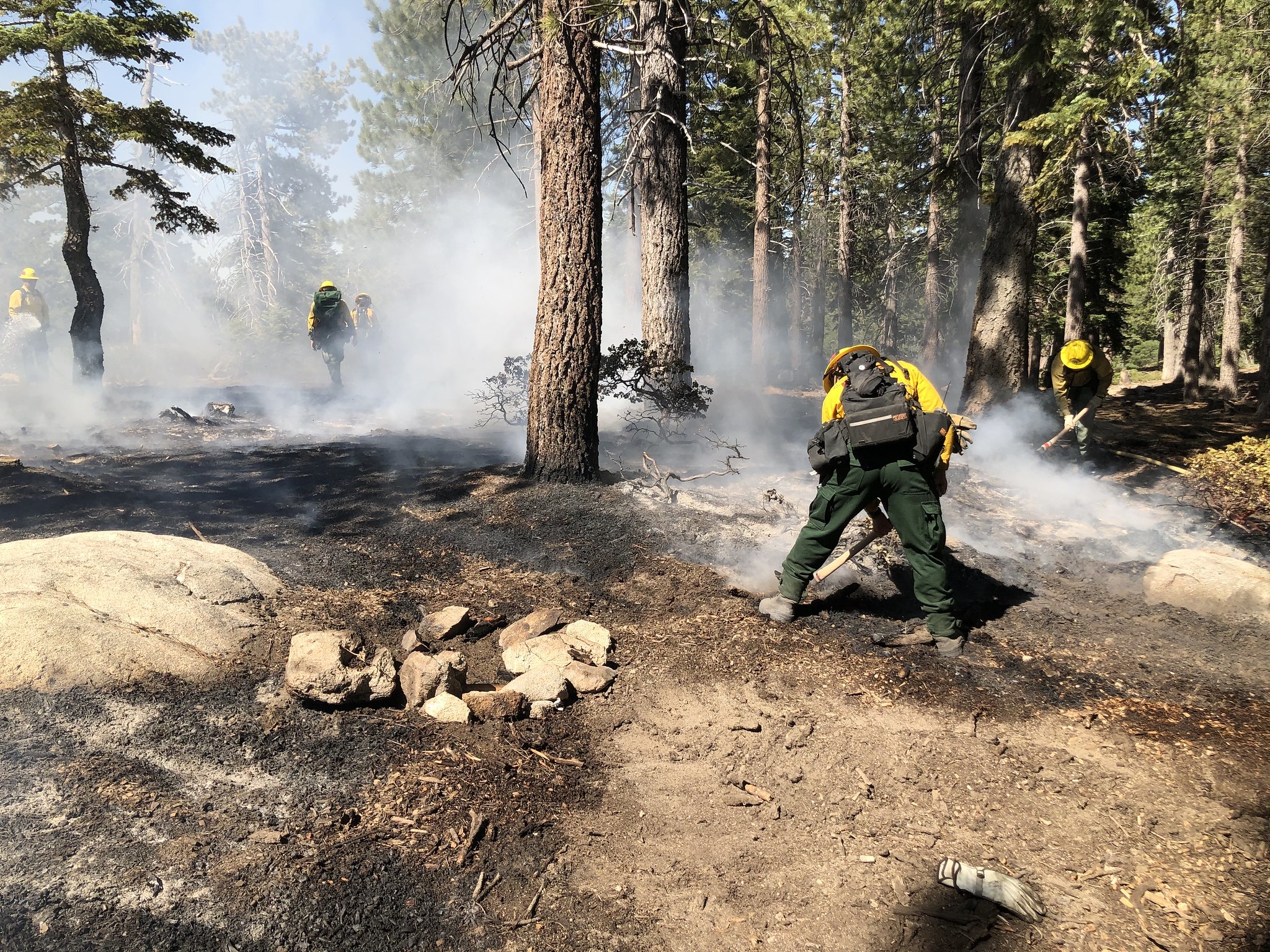 Though the folks at Leave No Trace (LNT) still talk about minimizing campfire impacts as part of their fifth principle, I think in 2021, LNT and backcountry campfires aren’t compatible concepts. And LNT needs to update the principle as well.

Besides walking in tinderboxes in many places, even on the East Coast more and more, by building a backcountry fire, you scar the ground and ruin the mineral content, blacken rocks, and take wood needed for the local ecosystem.

In high-use areas, every time you grab wood, you increase the browse line. The amount of downed timber gets further and further away from a campsite. You create social paths (erosion) in addition to marring the local ecosystem and promoting localized flooding.

You are very much leaving a trace.

Campfires take up a lot of time. 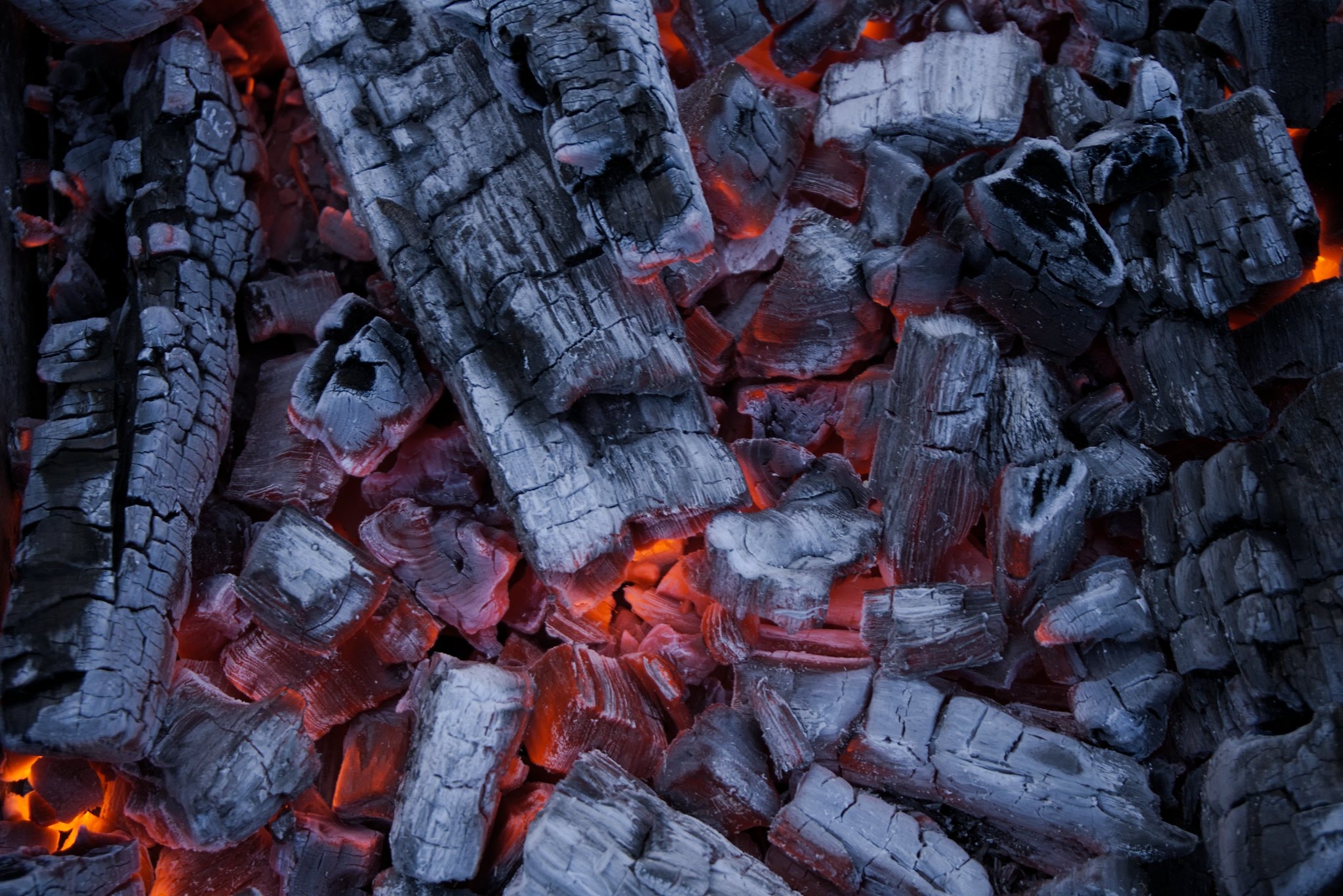 Building, and then putting out, a fire correctly takes a lot of time. Photo via.

Gathering the wood, lighting it correctly, keeping it stoked, and (crucially) burning the wood to ash, stirring in water, making sure the ash is cold to the touch. Then dismantling the fire ring with the now blackened rocks, placing them away from your campsite, and dispersing the ash means a lot of work. Something very few people want to do correctly based on the many campfire rings, some with still-hot ashes, I often find in the backcountry. And in the desert, besides wood being a scarce item, water ends up deficient for putting out a campfire properly.

Many people seem to like campfires. Many people also seem not to enjoy the work required to have one and put it out correctly. 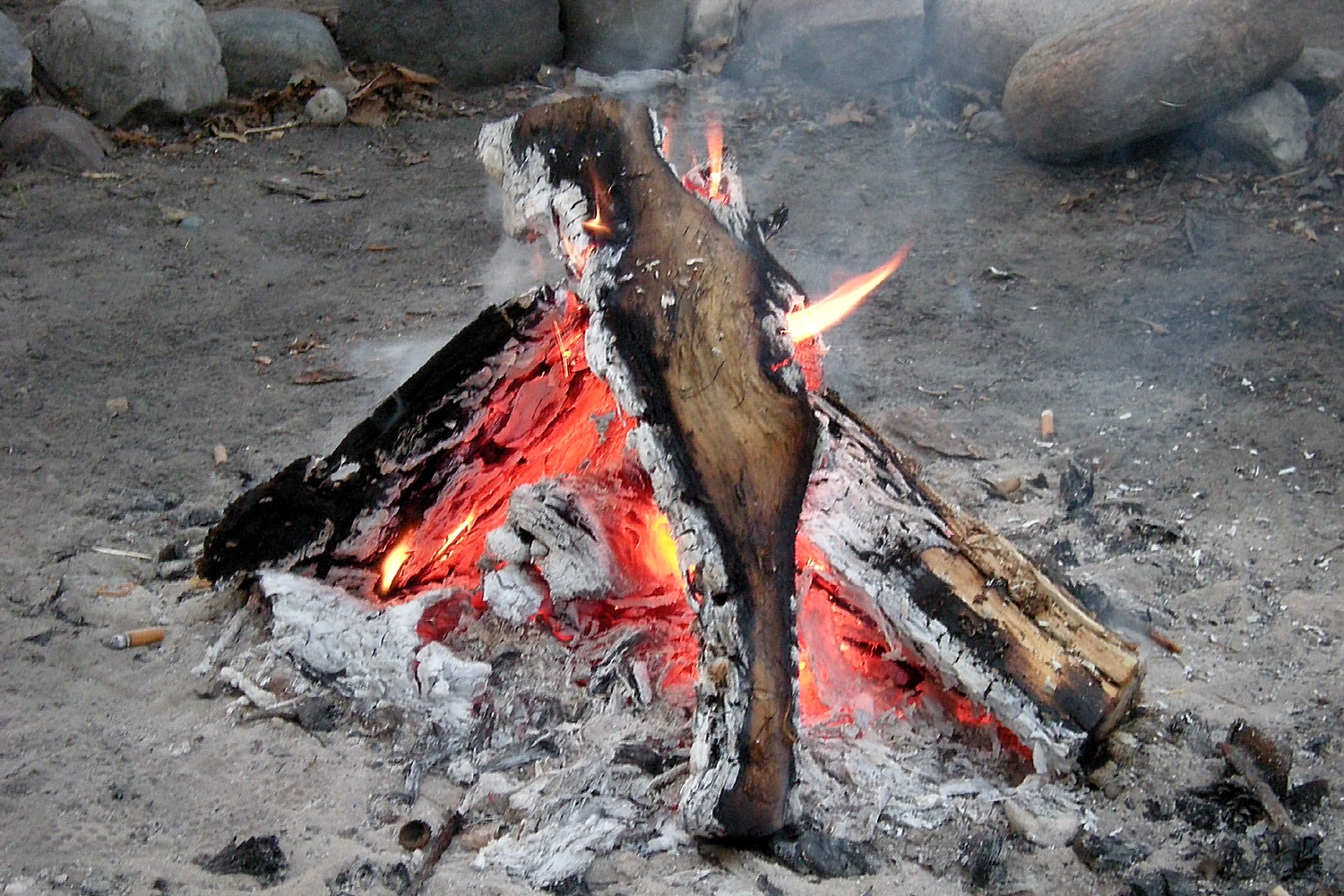 King James I famously wrote about tobacco use in 1604 and stated that it is “a custom loathsome to the eye, hateful to the nose, harmful to the brain, dangerous to the lungs, and in the black stinking fume thereof, nearest resembling the horrible Stygian smoke of the pit that is bottomless.”

It sounds like campfires to anyone who yelled: “Red Rover, Red Rover” or similar to shift smoke during camping trips. Some, or many, always get watery eyes, coughing fits, dry throat, etc. Why? Because breathing in smoke and dry air all night ain’t healthy in plain language.

The trope of “HYOH” gets used a lot to justify actions that impact others. When you make a campfire, you often impose your hike on others, especially on popular trails such as the Appalachian or Pacific Crest trails.

The aesthetics of campfires can ruin the backcountry experience in many ways. 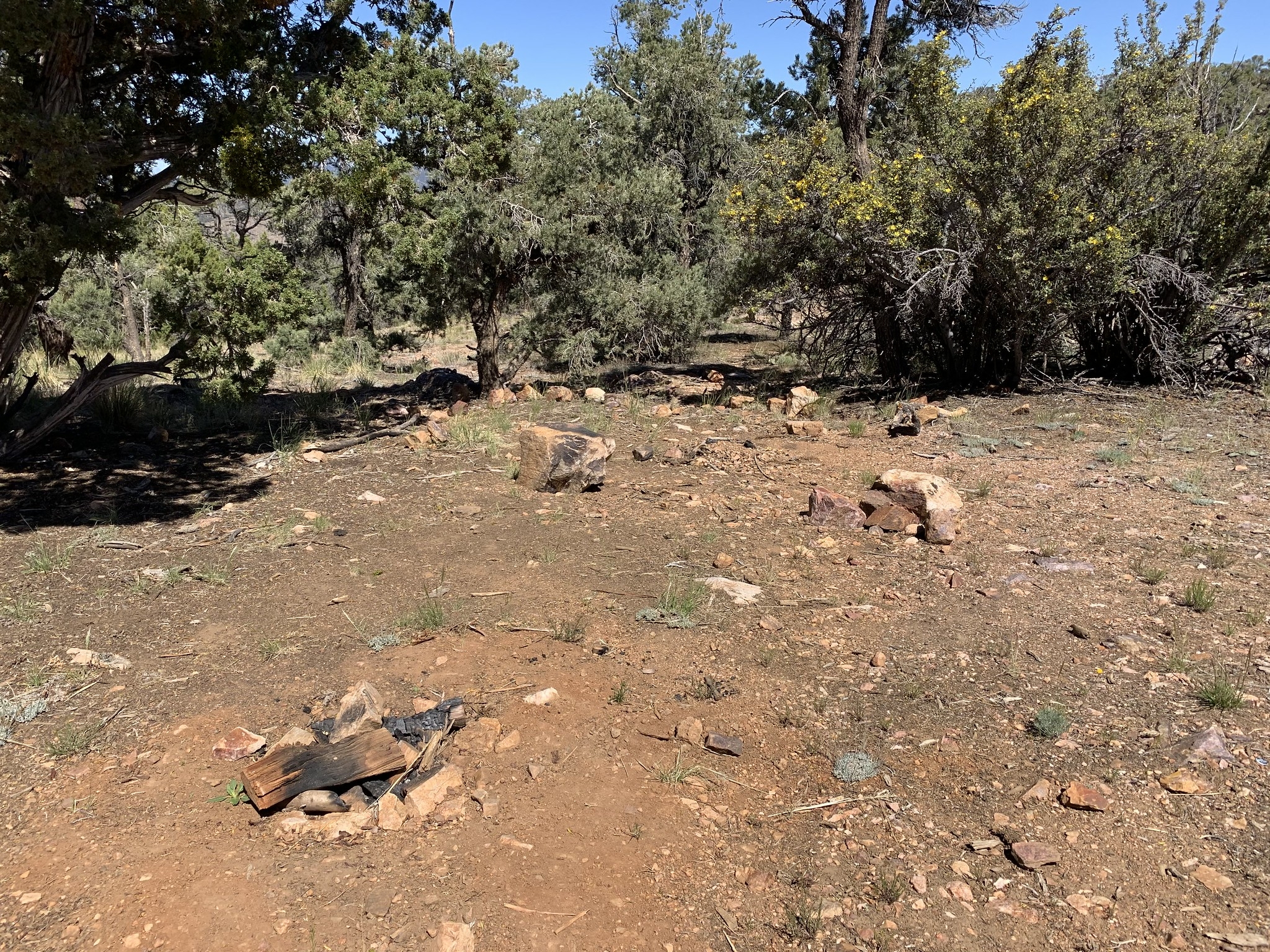 When you build a campfire, you often block out the natural world. For our distant ancestors, a campfire kept “things that go bump in the night” away.

But we concentrate on the flames and not the natural world by making a campfire. We don’t notice the night sky with its bright stars and the Milky Way above. The brilliant night sky also inspired our distant ancestors. And it’s a sight increasingly rare in our modern times with more and more light pollution. Why ruin this backcountry gift with a campfire?

And, much again like our ancestors, you also tend to pay less attention to the sounds and sights of what is outside the campfire circle. You do not see the moonlight on the mountains and are less likely to hear the coyotes yipping in the distance when your focus is within a small circle.

And, much like campfire smoke, you force others to “Hike my Hike, Damn it!” when you make a campfire and potentially ruin the night sky and other delights of nature for others.

Do campfires even work in an emergency? 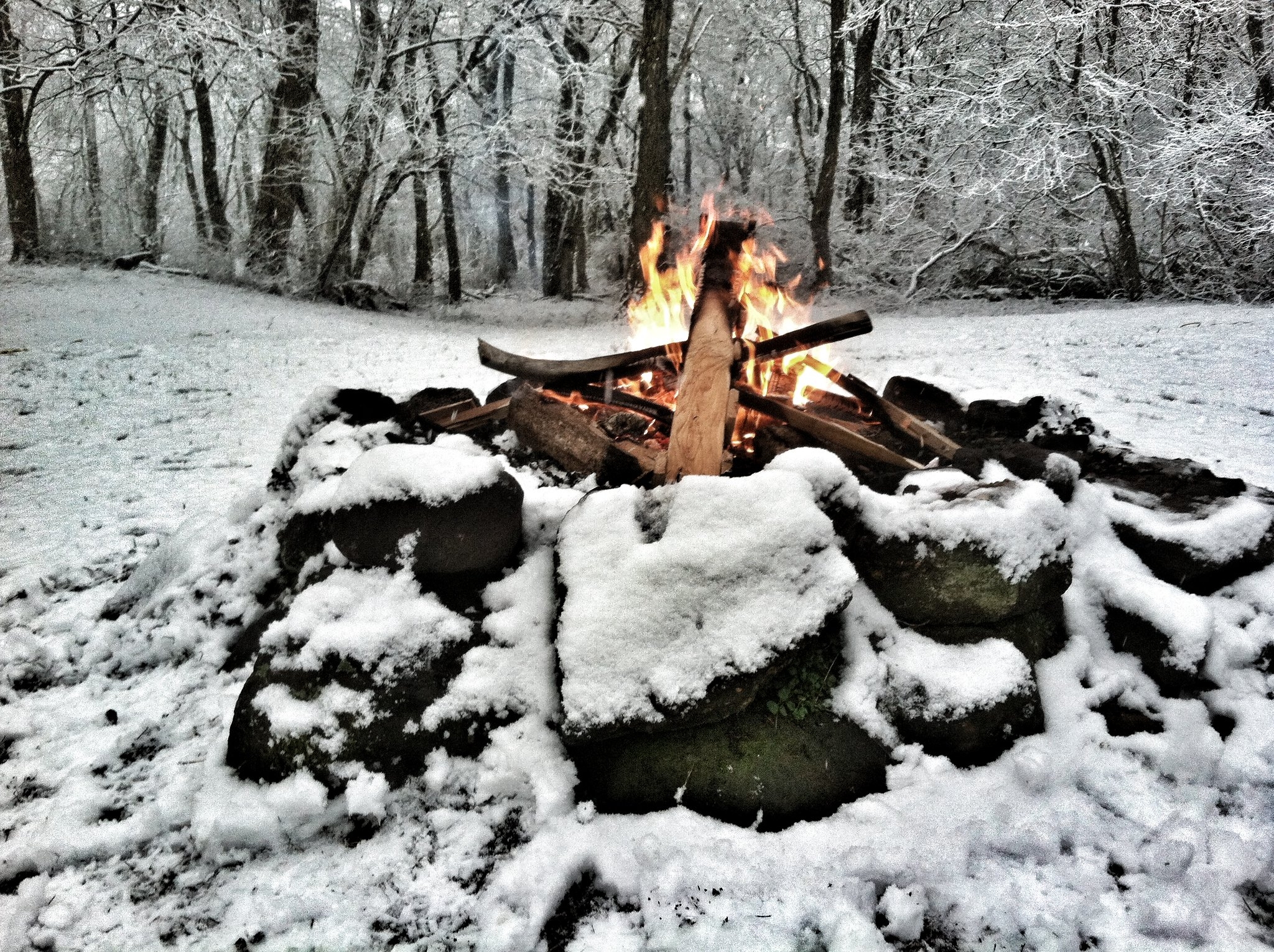 More importantly, a campfire does not efficiently put out heat. Old cowboy movies to the contrary, an efficient fire requires more than just building a “tipi” with no way to capture the heat. People well versed in bushcraft build a lean-to or even place their fire in front of a natural rock enclosure for a source of warmth that requires relatively less wood and efficiency.

And the large bonfire you see in many ads? It does create warmth for sure. But it uses wood at a prodigious rate and, again, does not seem environmentally friendly, in addition to challenging to start in an emergency. 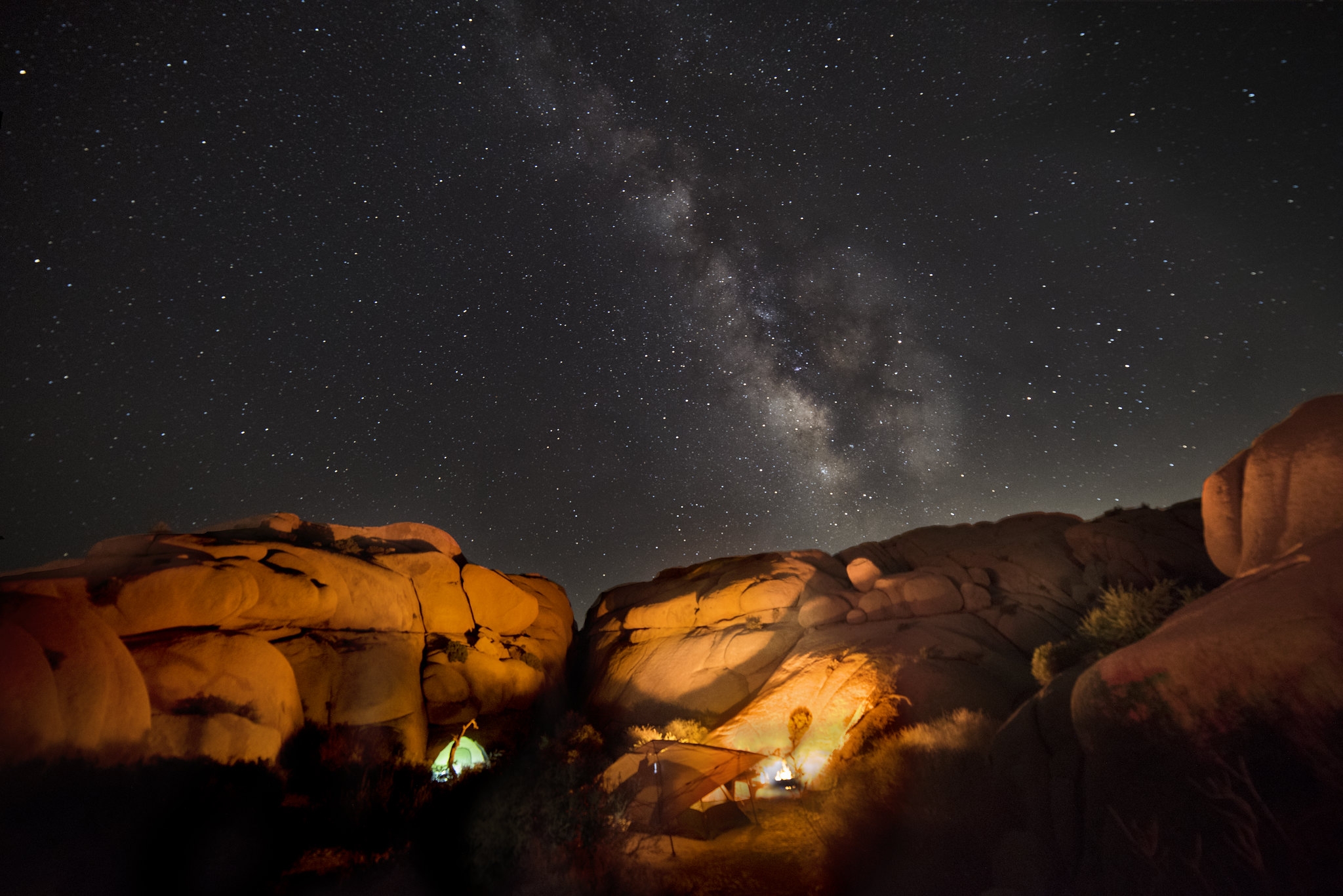 It’s all fun and games until someone’s tent catches fire. Photo via.

Lastly, there are the practical aspects of why a backcountry campfire does not work well in 2021 – Gear damage. A stray spark from a fire or even a rock that bursts from the heat (notorious with river rocks) can turn your $500 DCF wonder-tent, $300 puffy, or $200 rain jacket into a pile of melted goo or dispersed feathers. Do you want to sit so close to the fire that you might get a little warm at the expense of gear damage no amount of duct tape will fix?

Campfires worked better with the wool and cotton clothing of the John Muir era, not so much with our ultralight wonder gear.

Campfires had their place in the past with different gear, backpacking methods, a lower population base, and a different world altogether from 2021.

If you must have a campfire, make one in an established campfire ring in a front country campground. There is a nostalgic component of campfires that many people enjoy at times, myself included. Sitting in a campground before a backpacking trip, on a comfy camp chair, while enjoying some cold, adult beverage with close friends certainly makes some share of fond memories. But in the backcountry, I can’t make a campfire anymore in good conscience for the reasons I detailed. And I often decline to build one in front areas now, too.

We all evolve in our views and actions. We often take different gear for different trips or goals. And ideas we held at 17 differ from what we carry at 37. As well they should.

In the same way, I hope more of us evolve away from the need for backcountry campfires. We can talk nostalgically about the importance and the ritual of campfires in our outdoor past. But recognize they belong to a different time and circumstances.

Let us look forward to being responsible and appreciate the backcountry conditions we face in 2021. And not continue to do what we have done in the past, but which no longer works in the present. And certainly not in the future.

Let’s get away from backcountry campfires and redefine what’s important about the backcountry experience.

You, others, and the backcountry we all share will appreciate it. 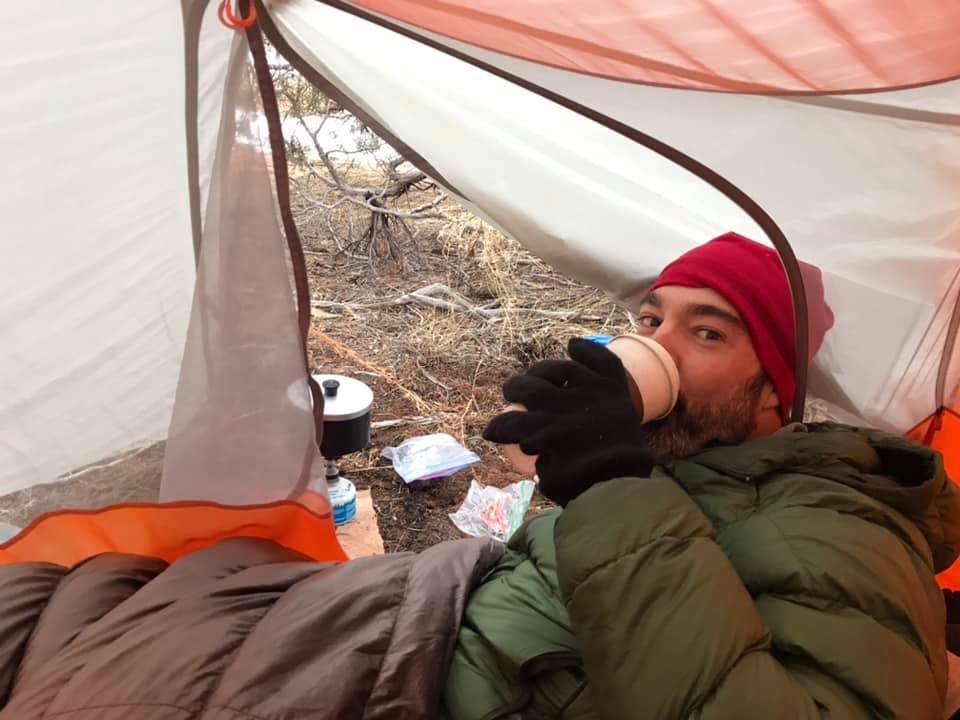 The name’s Paul Magnanti or Paul Mags for short. I’ve done my share of long walks over the years, but my real love is getting out as much as possible here in the Moab area, usually with Joan – my way awesome partner.