Bagging the 4,000 Footers During Your Thru-Hike

Before my thru-hike, Boston was the farthest north I had ever been.  I knew of Mt. Washington and the Presidential Range, but I didn’t even know what state they were in.  When we were still in North Carolina, another hiker, Goat, was talking up the “Four-Thousand Footers of the Whites.”   Having grown up in East Tennessee, where the highest ten peaks are above 6,000 feet, I was initially unimpressed.  Summitting all forty-eight 4,000-footers in the White Mountains seemed commendable due to the quantity of peaks, but I didn’t immediately add that to my bucket list.  Yet the New Englanders I hiked with (especially Gentle Spirit) just kept gushing about “The Four-Thousand-Footers” as if my Great Smoky Mountains (yes, the word “great” is part of their official name) paled in comparison.

Well, they were right.  Although their altitude is lower, the northern latitude means the mountains in New England break the tree-line, a phenomenon that’s absent in the mountains of Tennessee.  And because these mountains protrude above the tree-line, the views from the peaks are spectacular.  The Smokies will always be my first love, but I completely fell for the northern Appalachians, especially the Whites.  And so, I added “Summit the Four-Thousand-Footers” to my bucket list after all. 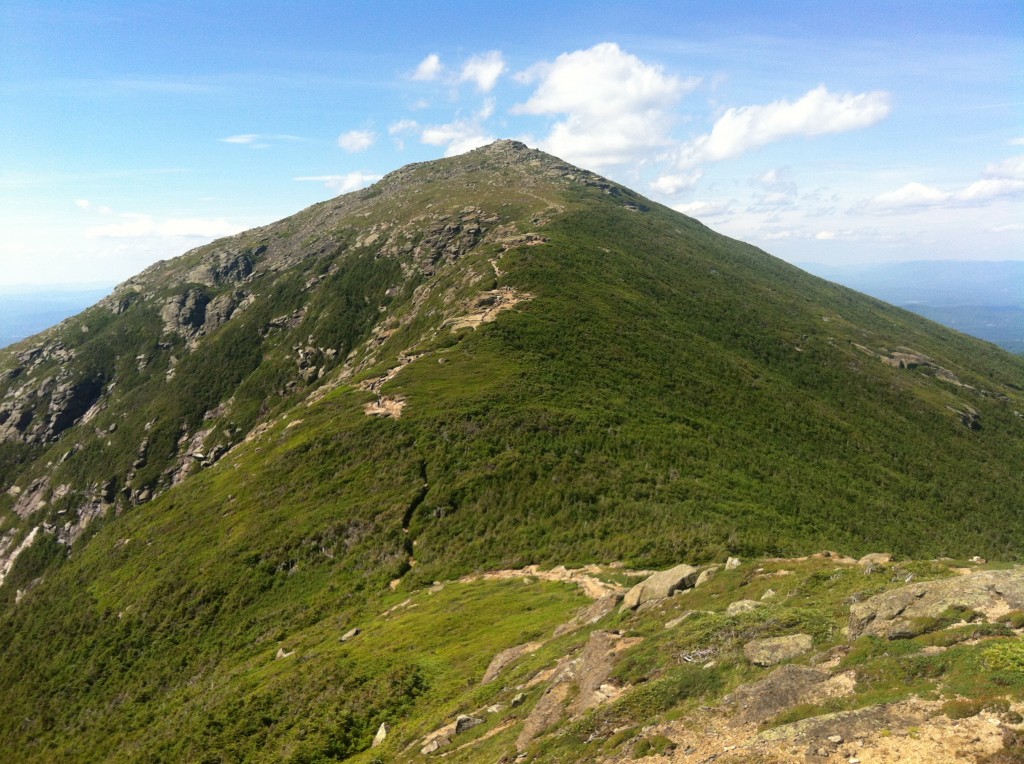 For example, The Whites’ Franconia Ridge replaced The Smokies’ Mt LeConte as my favorite place on earth.

Three weeks after my thru-hike ended, I still can’t stop thinking about the trail and about adventures to come.  Since I love spreadsheets almost as much as I love mountains, I worked up a list of the peaks I had summitted on the AT.  In the process, I discovered that the Appalachian Trail also traverses many of the peaks on two longer lists: the Four-Thousand-Footers of New England and the One Hundred Highest Peaks of New England.

I wish I had taken all the spur trails, but unfortunately I didn’t.  I really regret not taking the 0.1 side trail to Zealand; my friends who took the side trail said there isn’t much of a view, so I recommend hiking it en route to a better view instead of going out of your way just to do that one.  I climbed Old Speck the same day as I did Mahoosic Notch (the toughest mile on the AT, which took me 2.5 hours), so I wasn’t in the mood to do an additional 0.6 miles off the AT.  (Old Speck is worth hiking again, though, so it’s all good).

For the sake of future 2,000-milers, I created this chart which lists these peaks, their location on the AT (including spur trail lengths and directions), and which AMC lists they are on.  Also, make sure to check out the AMC website for their official information and application.

Have questions or additional advice on peak-bagging during your thru-hike?  Write a comment below.