Becoming an Adirondack 46er with My Daughter: Cascade and Porter

My daughter proposed that we become 46ers.

46ers are individuals who hike each of the 46 High Peaks in the Adirondack Park in New York State. We began the endeavor over a week of hiking at the end of July into August 2018.

On the first day, we hiked a total of four peaks over two separate hikes, pairing the mountains two and two. We climbed to the peaks of Cascade and Porter in the morning, and then Street and Nye in the afternoon. The trailheads for each hike were about 14 miles apart.

The Adirondack High Peaks is a geological phenomenon. The close proximity of the 46 peaks gives the Eastern High Peaks an almost carnival-like atmosphere. The order in which to hike the mountains is a topic of much debate and discussion among accomplished and aspiring 46ers. There is, however, near unanimous agreement that Cascade and Porter should be the first two, and of course hiked together.

An Inauspicious Start to a Grand Adventure 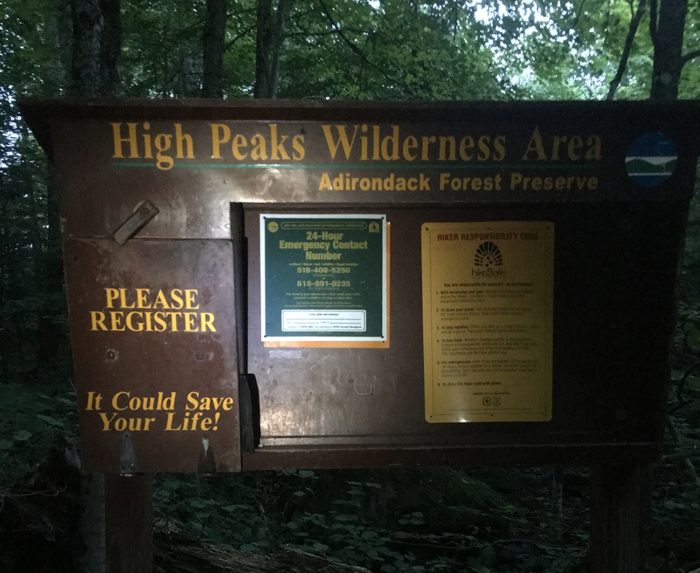 Having spent a restless night in the car at the trailhead, we were eager to get started. It was still dark at 5 a.m., but we got dressed and ready. Two cars pulled in as we were heading out. And two more arrived by the time we were down a ways from the road. There is limited parking at the High Peaks trailheads, one of the logistical challenges with which visitors to the High Peaks Wilderness must contend.

A roadside trailhead always has a deflated casualness that detracts from what wonder lies ahead. It takes some time to shake off the shadow of the looming road before I feel truly immersed in the woods. My daughter’s enthusiasm helped accelerate the transition between our anticipation and the enterprise.

The trail leading up to Cascade was well worn—as well worn as any trail leading from a roadside trailhead. The weather was gray, but I put that up to it being before sunrise. The weather in the park recently had been ideal for hiking, and I foolishly did not expect poor weather. We made good time across the flat and rolling trail to the start of the actual ascent. The mountain was forgiving as a first High Peak, which is probably why most people who hike but a few of the 46 have all done Cascade. The trail was like any other north-eastern mountain wilderness—it was rocky and rooted, which always requires careful attention to where you place your steps. Although Cascade is considered one of the easier hikes in the 46, it was hard enough that it might dissuade weekend warriors from venturing deeper into the wilderness.

A Hint at What Lies Ahead 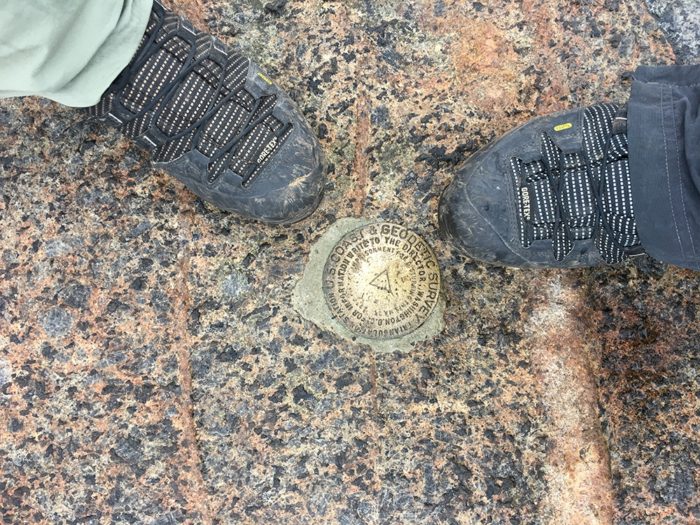 Moving at a good clip, we made it to treeline in just over an hour. Cascade has a rewarding final summit ascent across a granite bald, up a relatively gentle incline. My daughter, who has done most of her hiking in the flatlands of England, yelped with glee when we emerged from treeline.

We made it to the summit just in time to catch a glimpse of the valley to the east before we were consumed by cloud. We had a short snack, took a rubbing of the summit marker, snapped photos of the cloudy views, and made our descent across the slab just as the rain started. It figured. My Appalachian Trail thru-hike, that I completed the year before with my teenage son, was dominated by poor weather. I held onto the slim hope that the theme would not continue this year. We descended into tree line, and back to the trail junction that led northwest toward Porter.

Not Every Peak Is a Blockbuster 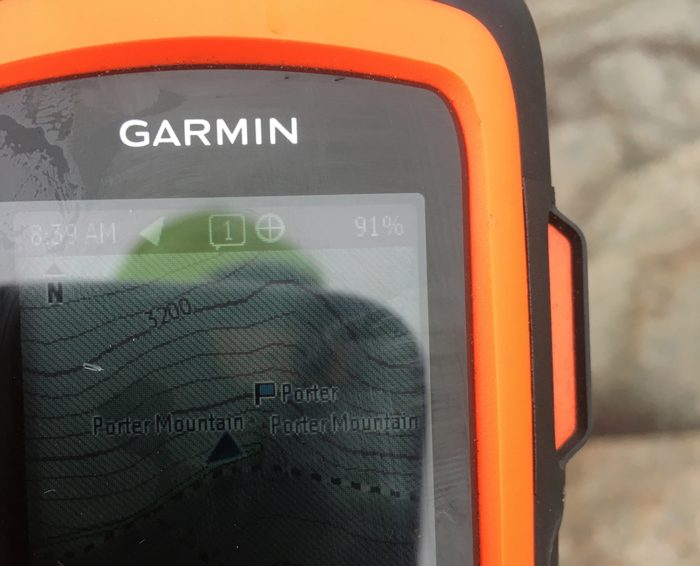 The hike to Porter was unpleasant. The pine trees and other foliage encroached the trail, brushing our arms and legs, quickly soaking us through. It was clear that Porter was not as popular as Cascade, and often orphaned by those not peakbagging. After an hour of hiking, and only after starting to descend the other side of the mountain into a closely wooded valley, did we realize that we had missed the summit. We backtracked several times, employing our two GPS devices in consultation with our two maps and compass, before deciding on the high point. However, even after our calculations and determining the most likely high point, we remained conflicted as to whether we had decided on the correct one.  So, not as to miss the summit, we made sure to reach each one in turn to confirm that we, in fact, bagged the summit before returning to the trail junction and descending back to the highway.

It has been my experience from hiking in the Adirondacks in the past, that getting lost, even if only for a brief time, is a part of the experience. So our back and forth on Porter was a good introduction to my daughter’s first high peaks—because we were sure to get lost again.

Ready for What Lies Ahead 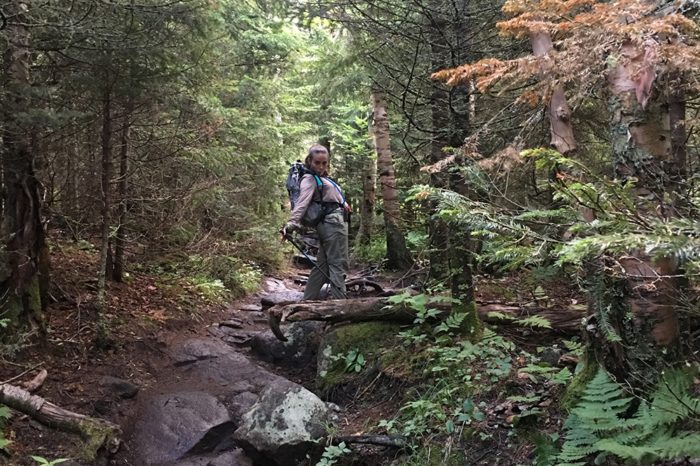 The descent was more technical and seemed longer than the climb earlier in the morning, which is often the case when adrenaline and enthusiasm has given way to fatigue—not to mention our frustration on Porter.

On our way down, we passed throngs of day hikers, young families, and tourists dressed inappropriately for hiking. As we passed, they each smiled, asked how far it was to the top, and groaned at the answer. By the time we returned to the car, the road was lined bumper-to-bumper with parked cars as far as we could see.

“Two down, 44 to go!” announced my daughter. We bumped fists and climbed into the car to head to the next two mountains we hoped to hit on the day.

The mystique and glamour of hiking mountains is often tarnished by the grit and effort required. In the Adirondacks, majestic open summits and sweeping vistas are as common as closed, tree-shrouded peaks, where the only way you know you’ve reached the top is by finding a weathered sign – if your lucky.

The adventure and the glory are found in the spaces between the swift boulevards down in the valley and the highest points up on the mountains. The reward is in each step, up or down, that carries you to somewhere new. Luckily, my daughter was reveling in the grit, and was eager to lead us on.