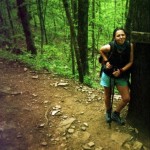 Beyond Walden: 10 Hidden Gems to Read on Trail

From Wild to Walden and Appalachian Trials to A Walk in the Woods, certain books seem to come up over and over among the literary on trail. (My trail name is Librarian, so maybe I had these conversations more often than most.) The classics are classic for a reason, but they’re not the only good books around. From fiction to biography to essay, here are some less-traveled, outdoor-themed reads to keep your sense of adventure fresh. 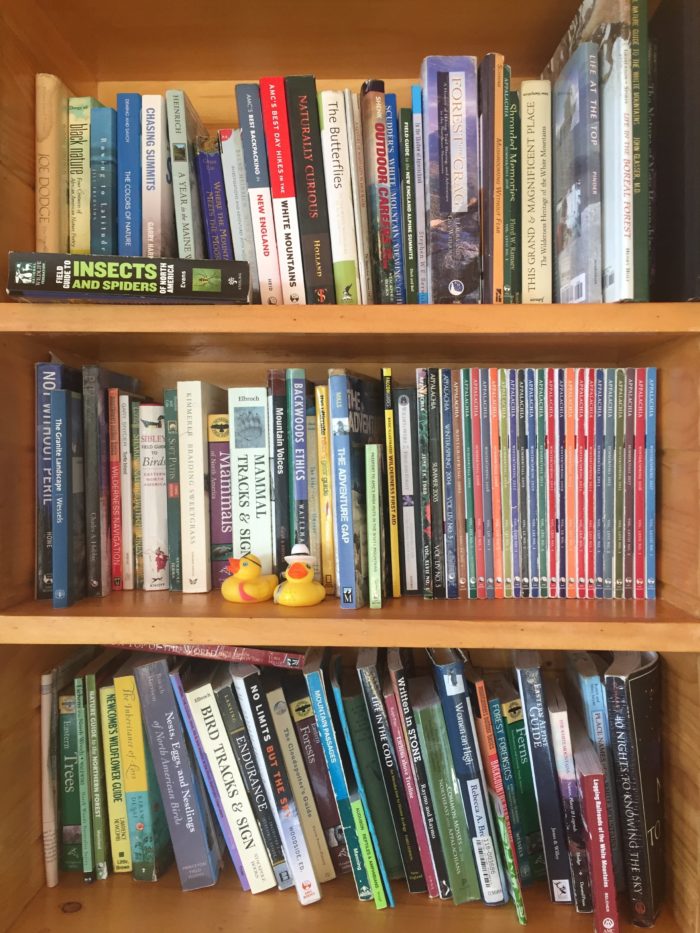 1. The View from the Edge: Life and Landscapes of Beverly Johnson by Gabriela Zim

Maybe you’ve never heard of Beverly (“Bev”) Johnson – I know I hadn’t. The adventurer was part of the first all-female ascent of El Capitan, as well as being a search-and-rescuer, heli-skier, and all-around cool outdoors-lady. The View From the Edge provides a glimpse of Yosemite’s legendary Camp 4 during the 70s, when climbing was tough, equipment clunky, first ascents up for grabs. Bev held her own, and detailed her exploits in letters to her family: “the morning went uneventfully except Bruce sank up to his neck a couple times and had to save himself with his ice ax.” The small-press book is tough to find except online, and the editing leaves a bit to be desired, but the book provides an engaging profile of an unsung hero in the world of climbing.

2. On the Trail of Genghis Khan: An Epic Adventure in the Land of the Nomads by Tim Cope

Weighing in at over 500 pages, this one might be more of a Kindle selection than a stuff-into-your-pack deal. But it’s worth it. Tim Cope’s adventures across the Eurasian steppe—from Mongolia to Hungary entirely by horse—capture the spirit of nomadic life. Giving up financial security, a relationship, and over three years of his life, Cope details his own journey as well as a significant amount of history. From the Mongol empire to the post-Soviet present, Cope’s account of the Eurasian journey rings true from halfway around the world.

This may be “the most controversial novel ever written in Canada,” according to the Canadian Encyclopedia, so… take that as you will. Lou, a young librarian, is hired to document the literary donation of an estate that happens to be situated on a remote island. But this is just the premise for the strange relationship she ultimately develops with a large bear on the island, and her broader journey of renewal and healing. Okay, there’s probably a very niche audience for a novel about a woman who moves to a remote cabin and begins a…. shall we say, companionship, with a bear. But then again, Shape of Water may have increased recent demand for interspecies liaisons. 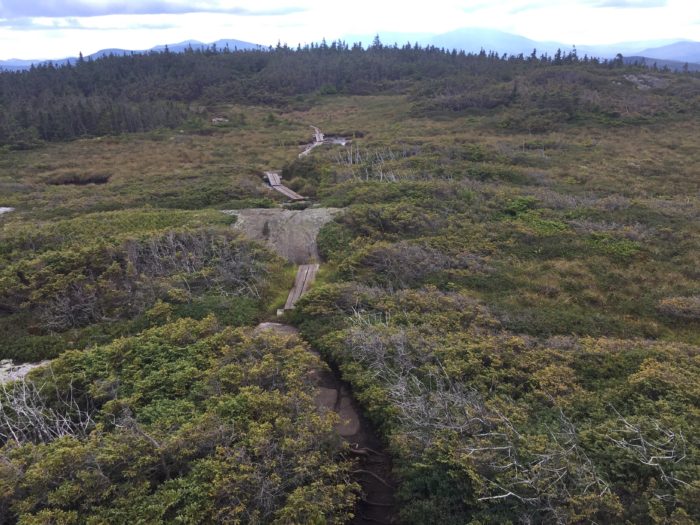 4. Whereas by Layli Long Soldier

I did a lot of thinking on trail about the history of the land I was crossing over. This included listening to An Indigenous Peoples’ History of the United States on audiobook—another recommendation that didn’t quite make this list, since it was mostly historical—but worth a read. In that vein, Layli Long Soldier’s poetry provides a sobering, but beautifully rendered, take on American history (and present) from a Native American perspective, with nods to the landscape of the American West.

5. Signs Preceding the End of the World by Yuri Herrera

It’s said that in every great story is a quest of some kind—either someone goes on a journey, or a stranger comes to town. This is Yuri Herrera’s timeless take on a modern quest: immigration. The novel follows a young woman, Makina, crossing the US-Mexico border in search of her missing brother. She must cross illegally, and encounter various good and bad actors along the way. The book is short and sweet, action-packed but thoughtful, with a hint of the mystical in the landscape of the Southwest and Mexico.

6. River of Doubt by Candace Millard

Theodore Roosevelt may be best known for establishing the US Forest Service and many of our early national parks, as well as for the huge number of big game animals he bagged in an expedition to Africa. But his final voyage, an expedition with the goal of mapping a river in the Brazilian Amazon, nearly killed him. Roosevelt’s adventurous grit will come as no surprise to history buffs, but this account of his last expedition, and life-threatening health issues, is a real inspiration (and some perspective) for those times when you’re getting eaten alive by mosquitoes.

Denis Johnson’s novella about a logger in early twentieth-century Idaho is both gripping and dismal at its outset. When a man’s wife and child die in a fire, he is left to come to grips with life beyond the tragedy. For all the initial drama, internal conflict ultimately drives the plot and carries its emotional weight. This can be read in one sitting, but the world Johnson conjures is absorbing and unforgettable.

8. Point of Direction by Rachel Weaver

Who says dirtbags don’t need a little romance in their lives? In this quick novel, a young couple gets the kind of caretaking job that hikers and transients dream of stumbling across: a lighthouse on a remote island in Alaska. But over time, strange events and a potential haunting take their toll on the relationship. Rachel Weaver has an MFA in creative writing from Naropa University, and prior to that worked for the Forest Service in Alaska. Suffice to say, she knows this landscape well and infuses it into the soul of this work. 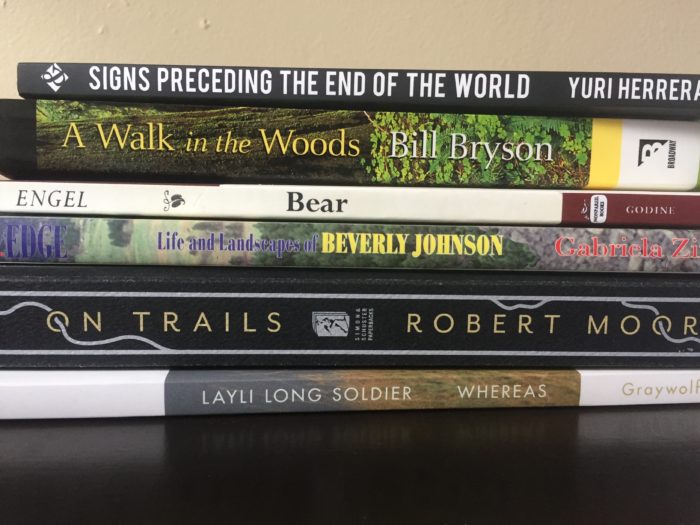 Yeah, yeah, everybody has read Into the Wild and Into Thin Air. But this lesser-read collection of some of Krakauer’s earlier essays is still very much worth delving into. Containing bite-sized narratives about mountaineering everywhere from the French Alps to Devils Thumb, Eiger Dreams will inspire you to keep pushing, whether you’re a seasoned hiker or a total trail newbie.

As hikers, many of us are familiar with the fine line between dedication and obsession. William Finnegan falls decidedly on the obsession side of the line in his own lifelong pursuit: surfing. For his beguiling depiction of his relationship with the water, he won the 2016 Pulitzer Prize in autobiography. That caught the attention of the literary world, but should be on the radar of the outdoor community, too. This book includes the author’s travels, friendships, romances, and winding career arc, but the main dish here is surfing, everywhere from Hawaii and California to South Africa and Polynesia. Surfing is the thread that holds Finnegan’s life together and gives these events meaning and resonance.

Hey all – I’m Marina, aka Librarian. Native Rocksylvanian, 2017 NOBO AT thru-hiker, 2018 TRT thru-hiker. In college, I studied creative writing and archaeology and ended up on some amazing projects in Tanzania, Mongolia, and Peru. (The nomad gene is a very real thing.) These days I'm an MFA candidate at Pitt, getting outside as much as urban life allows!