The Big Bend 100: The Newest Long-Distance Trail in Texas

The newest trail in Texas, the Big Bend 100, looks to give the Lone Star State a strong long trail of its own. The new route highlights everything the area has to offer with mountain peaks, low-lying canyons, sandy desert paths, and plenty of desert heat.

When most people think of Texas, they cannot help but imagine flat ranchland, cowboy hats, and pickup trucks. It’s fair to say the state is not known as a hiking destination. Even this website has taken a few shots at one of the longest trails in the state, the Lone Star Trail, which Zach Davis and the Real Hiking Viking famously bailed on, and another Trek article describes it this way: “the scenery would be mostly flat and boring, there would be snakes and spiders…” But, two Texas-based hikers made a plan to change this, and to do so they headed to the Big Bend region.

The Big Bend area, in far West Texas, combines both the national park and Texas’ Big Bend Ranch State Park, covering more than one million acres of land with some of the highest mountain peaks in the state. Despite being in the desert, Big Bend National Park is home to bears, mountain lions, and more bird species than any other national park in the country. The park sits in a county three times the size of Delaware, with a population of less than 10,000 people. To the south, the Rio Grande divides Texas and Mexico, and the only wall occasionally dividing the two are the 1,500-foot-high rocks of Santa Elena Canyon.

Combining the two created the perfect backdrop for a long trail. 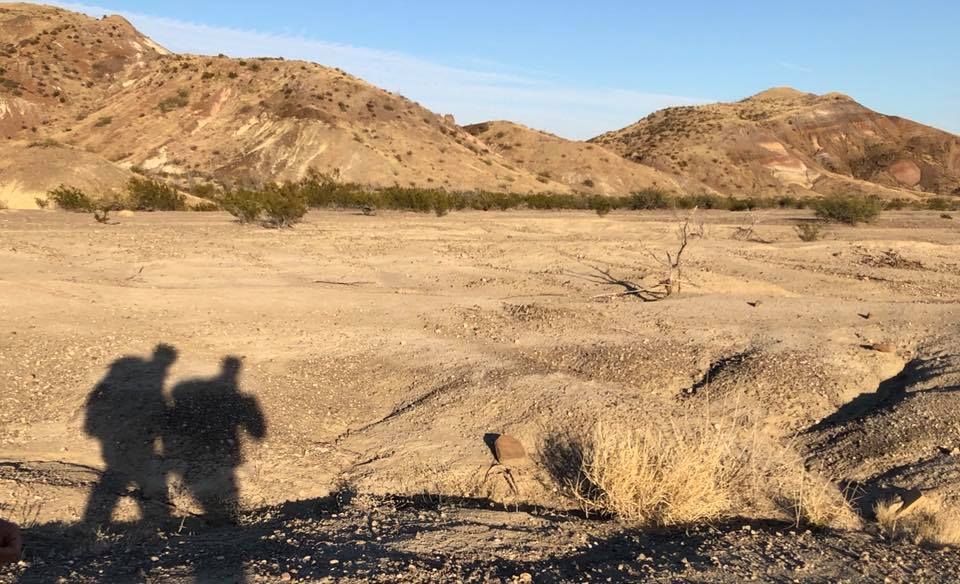 “When my hiking partner Ky tossed out the idea of hiking a long trail over New Year’s, we realized there wasn’t one in Texas that really stood out,” says Anna Claire Eddington. She and her hiking partner, Ky Harkey are the masterminds behind the Big Bend 100. In January 2018 they set out on the end-to-end trail using mostly pre-existing trail to hike across the region. “Creating a trail that connected Big Bend Ranch State Park and Big Bend National Park struck us as an almost magical combination of all the things we love.”

Eddington is a former national park ranger, and Harkey works for the Texas State Parks Department.

“It’s an idea I’ve kicked around for a while,” says Harkey. “I had a firm geography of the whole area and there’s nothing keeping someone from walking across this whole thing.”

Even after spending years in the region guiding trips, Harkey still went and solicited feedback from those who knew the area best. Together they came up with a hike that would start in the state park, cross into the town of Lajitas, and then into the national park. The original plan had them crossing the entire national park, but they decided to end at the crown jewel of Big Bend, the Chisos Mountains. All said and done, the trail managed to pretty much come out to a perfect 100 miles. 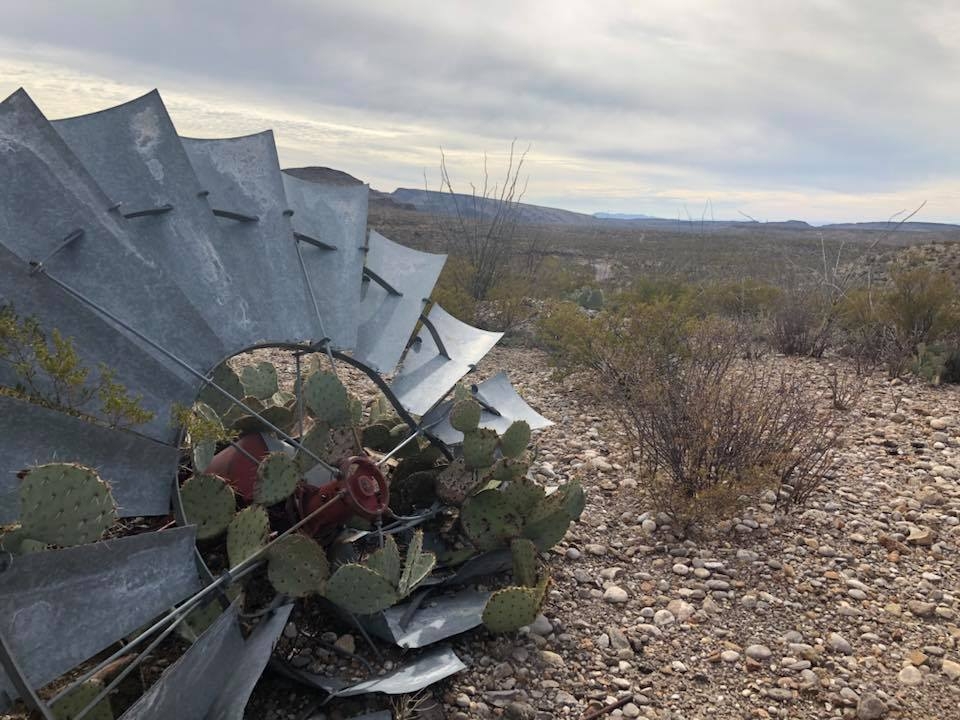 The Big Bend 100 is not without challenges. The combination of rough terrain, lack of water, and permitting logistics all add to the difficulty of the trail.

The trail runs through canyons, desert sand, historic areas, and mountain trails. Harkey says some of that will slow down even the most experienced hikers “in terms of objectively difficult trail segments; one day we walked a 12- or 14-mile day, a lot of it in the sand.” 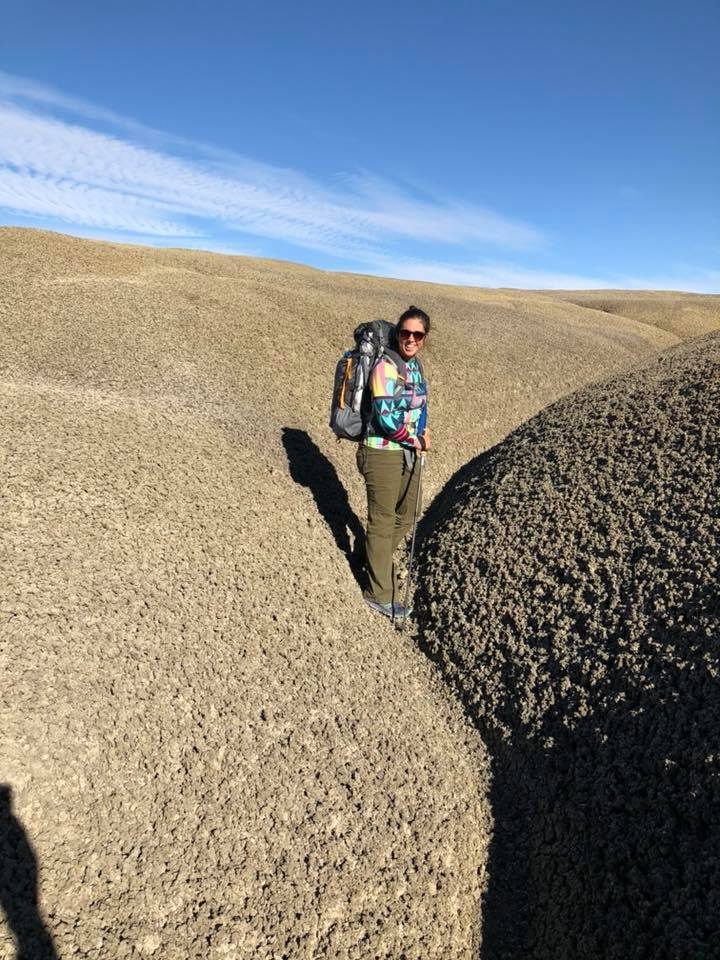 Overall, about half the trek is on actual trail, about 29 miles are on dirt roads, and a difficult 14 miles follow a sandy arroyo. That leaves most of the trail marked, but there are a few segments of route finding between trails.

There are plenty of payoffs, like the final climb into the Chisos Basin, dramatically changing landscapes, a chance to see ancient rock art, and visiting a historic bunkhouse in the state park where hikers can spend a night

The next challenge for hiking the Big Bend 100  trail is making sure you have enough water. Relying on certain water sources can be risky due to the dry climate, so having a backup plan is recommended. Harkey says he laid out the plan for a ten-day hike, focused mostly around water sources. “People can change these days up, but the water sources to me seem obvious, unless you want to carry more water.”

“Desert hiking requires a good deal of planning and foresight regarding water,” added Eddington. “Unlike other long trails, you can’t assume that there will be water along the way and that you can just hike until you’re tired and pitch camp there.”

Harkey and Eddington combined a number of small streams in the state park to keep a water supply, but saythat  if there wasn’t a recent rain, you cannot count on it. You’ll have another option halfway through when you pass the town of Lajitas. In the national park, it’s best to cache water at popular spots hikers use for Big Bend’s trails, such as Homer Wilson Ranch.

Water concerns are also what makes this trail a popular destination from November to April. In the summer, the area easily reaches triple-digit heat. 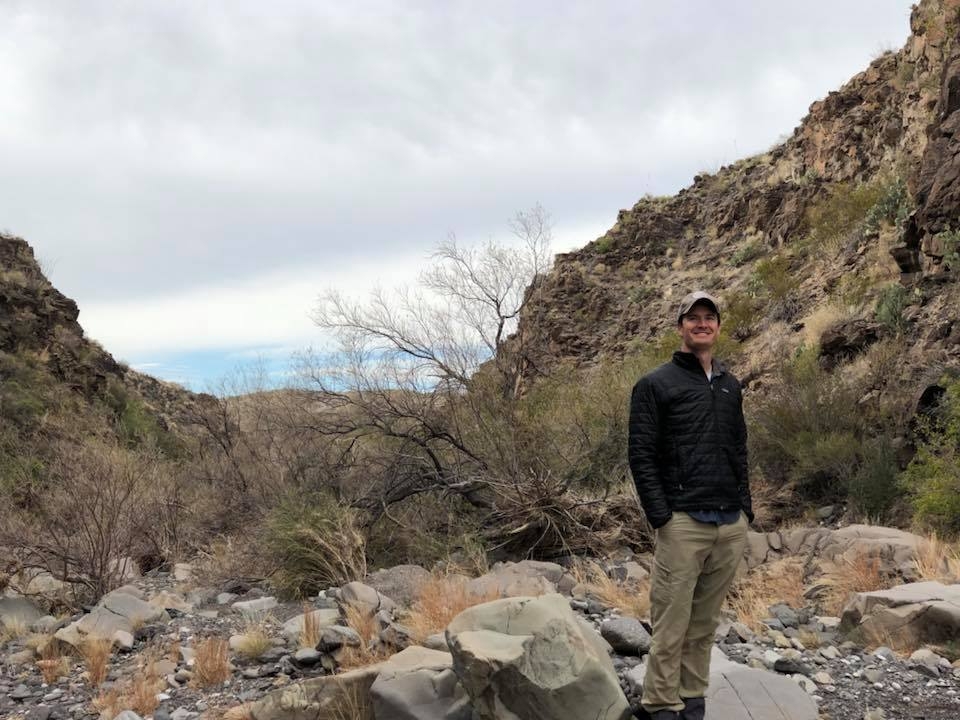 Permitting can also present its own issues. In Big Bend National Park you have to get your backcountry permits the day of your trip. In order to simplify the trip, a friend was able to meet them once they entered the national park, and drive them to the Panther Junction Ranger Station so they could get permits. The situation is a little easier in the state park, which allows  reservations ahead of time.

“(The Big Bend 100) is  logistically involved … it’s fairly doable for anyone who’s spent a fair amount of time backpacking,” says Harkey, “but (Eddington) and I have both been backpacking instructors and we were getting worked. It is not like the Appalachian Trail, where you just follow the blazes.”

“Take your time,” says Eddington. “There is so much to experience out there! If you’re a confident backpacker the idea of 15-mile days might seem easy, but hiking in the Big Bend is different.”

After their first successful trip, Eddington headed back to the trail with a group from Gossamer Gear to complete the first half again, and to see it for a second time. “I was hiking it with a few folks and I felt a lot of anxiety around the trail—was it anything to write home about? Was it as hard as I remembered? Would other people fall in love with that desert landscape? It was everything I remembered it to be and more.” 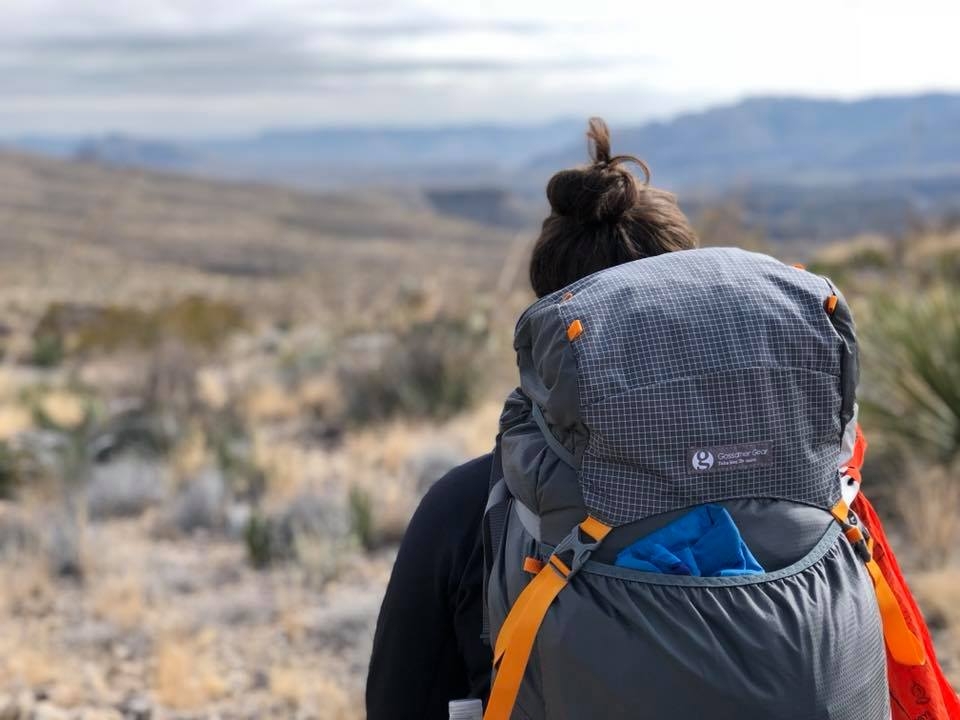 The trail has yet to be recognized by any official park service, but if more people head to the region, Harkey hopes that changes.

“I challenge anybody to find a more spectacular 100-mile section of backpacking in Texas because I just don’t think it exist” says Harkey. “And tell me a better 100-mile stretch to do on New Year’s Eve anywhere in the country. Utah stuff, Arizona stuff can be pretty cold so it strikes me as one of the better around ten-day trips in the country for the winter.”

If you’re interested in traveling to the Big Bend 100, get ready to spend some time in a car. The closest decent size regional airport is in El Paso, TX, and about a five-hour drive. From Austin, TX, the drive can take close to eight hours. Be sure to have a backup plan when it comes to water, and do your research into backcountry camping for both parks.

All photos courtesy of Ky Harkey. For additional information and more planning tips about the trail, you can check out Harkey’s website