Adventure Ready: A Hiker’s Guide to Planning, Training, & Resiliency is a guidebook written by two seasoned long-distance hikers to help others plan and execute their hikes. By making smarter decisions about planning and safety, as well as physical, mental, and emotional health, you can go from simply finishing a trail to crushing it. 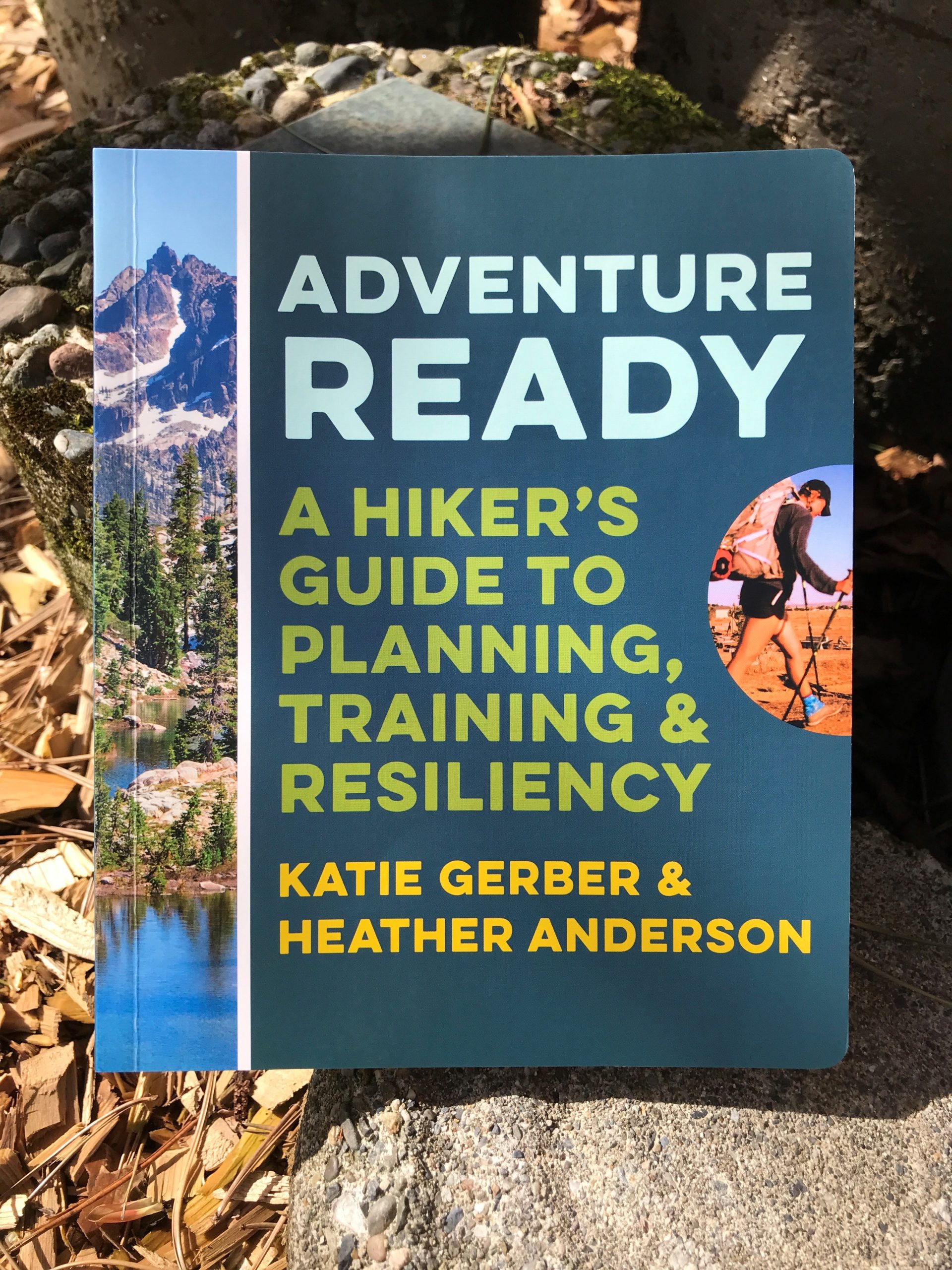 Adventure Ready At a Glance

This book is a one-stop shop for all general long-distance hiking advice. It has nine chapters: planning, gear selection, backcountry safety, navigation, creating a resilient body, nutrition, physical preparation, mental and emotional preparation, and reintegration. Each of these chapters is divided into sub-chapters. The advice is interspersed with helpful diagrams, colorful photographs, and engaging anecdotes. Some of the chapters are written by Anderson, some by Gerber, and some by both. The chapters written by one author usually include asides from the other. 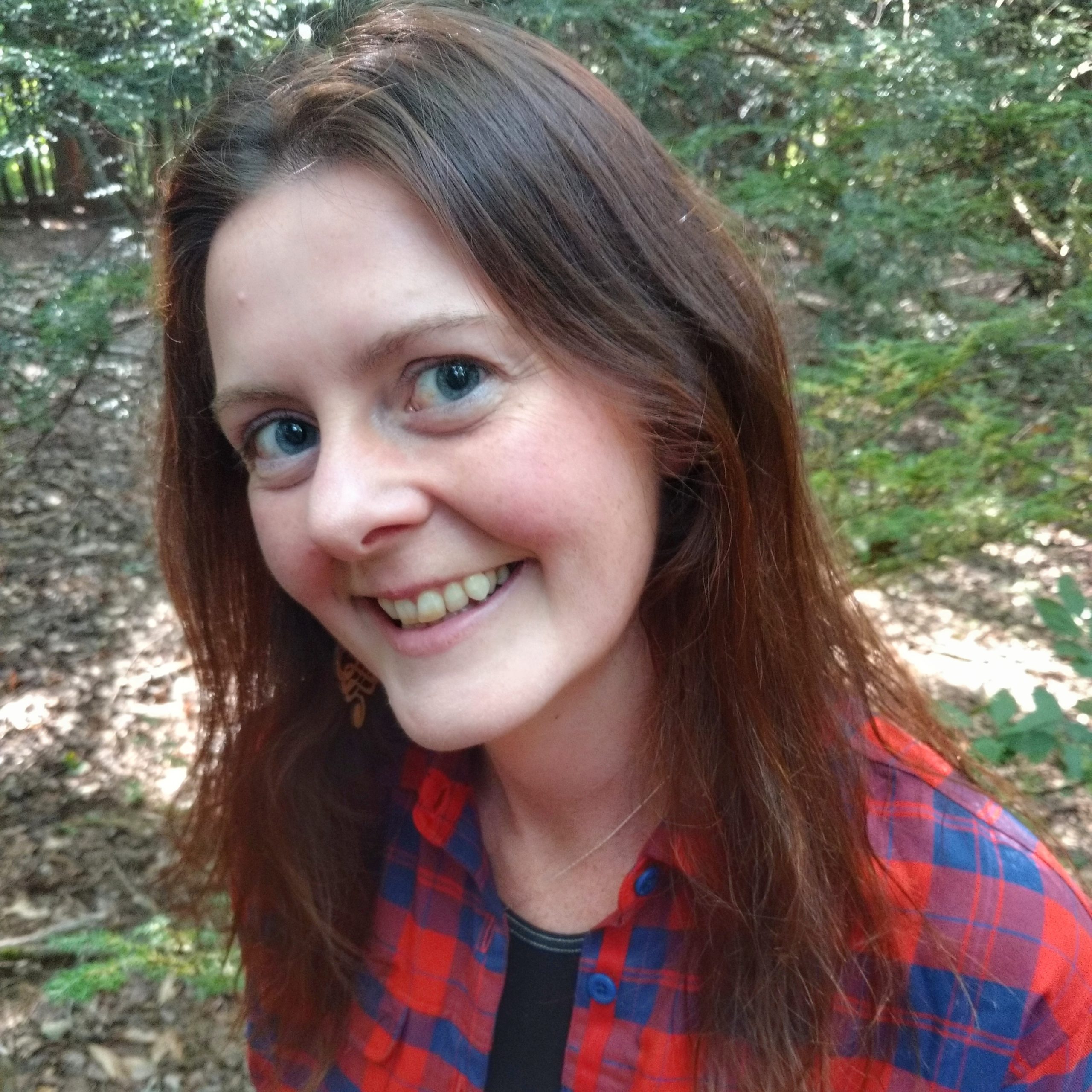 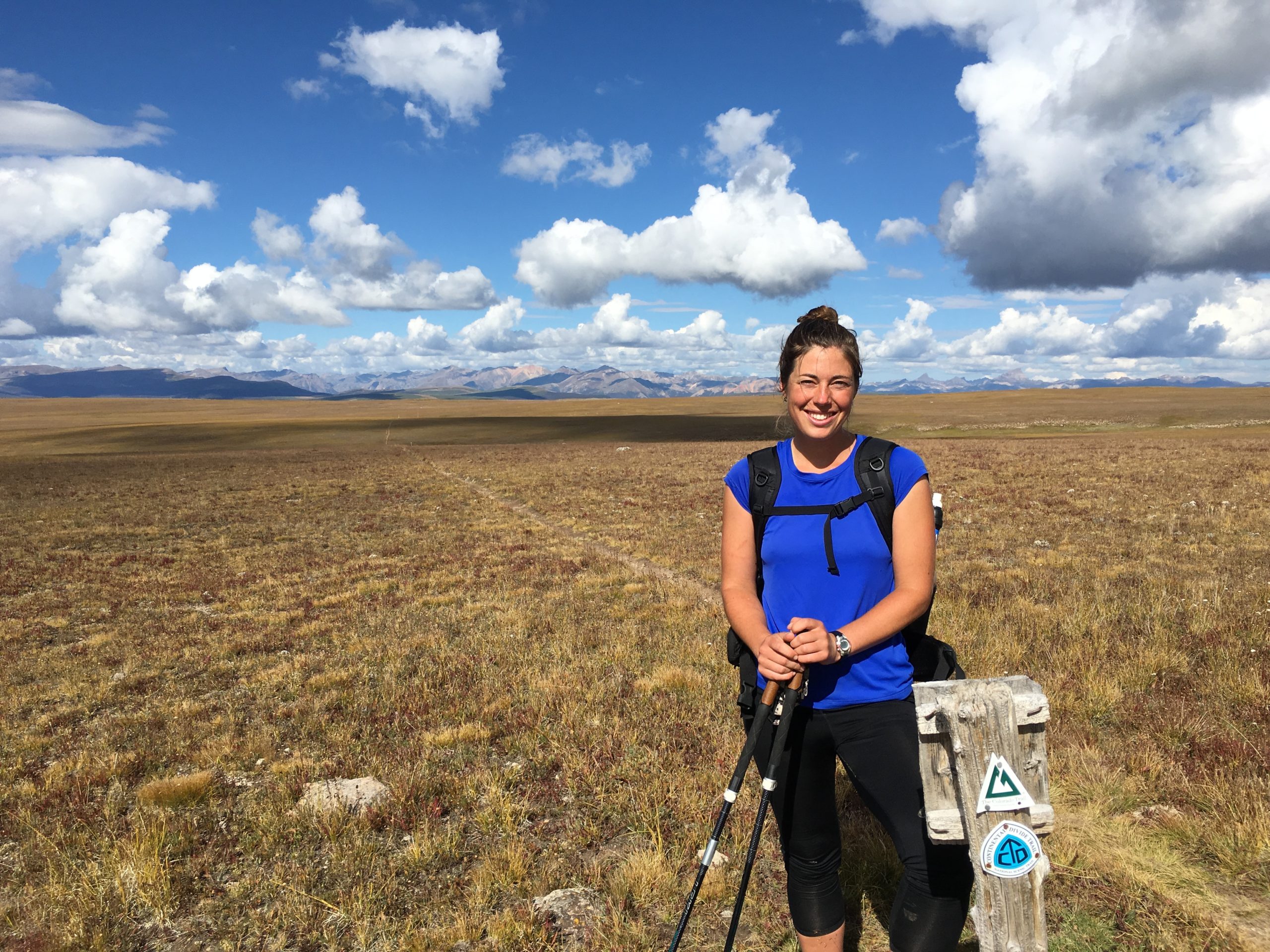 This book is co-written by two super-celebrities in the thru-hiking world. Between the two of them, they have hiked over 50,000 miles.

Heather Anderson is a triple triple-crowner. She has hiked the PCT, CDT, and AT three times each, completing one triple-crown hike in a single calendar year and setting self-supported fastest known time (FKT) records on the PCT and AT (she still holds the self-supported FKT on the PCT and the female self-supported FKT on the AT). She has also hiked countless other trails. Anderson is a certified personal trainer and was the 2019 National Geographic Adventurer of the Year. She’s published two memoirs, been interviewed for The Trek, and been featured on Backpacker Radio twice.

She described starting her PT business after her first FKT on the PCT “because I knew that there (were) a lot of people who wanted help with…physical preparation.” Personal training was a way for her to share that information and experience. Anderson has been backpacking seriously since 2003, almost 20 years and half her lifetime ago. Now, she says she’s finally at an age where “I actually…have done a lot and I have wisdom to share,” she said.

Katie Gerber has thru-hiked the PCT, CDT, Oregon Desert Trail, Wind River High Route, and a 600-mile section of the AT. She has certification in nutrition and herbal medicine and has taught clients one-on-one and in larger groups. She’s also written for The Trek and been featured on Backpacker Radio.

Gerber described “wanting to immerse myself in (the world of long-distance hiking).” When she was off trail, that meant “sharing information resources with other hikers…that’s why I started my blog.”

Anderson’s background in personal training and Gerber’s background in nutrition made them a natural pair to write a holistic book of advice. The collaboration “gave (us) each a chance to work on topics that…we each felt…passionately about or had…expertise in,” said Gerber, while still allowing the authors to generate ideas together and contribute elements that the other may not have thought of. Anderson agreed. “You have a built-in…backup to your content,” she added. “It’s…almost like a second editor. It’s really nice.”

Anderson had dreamed of being a writer since early childhood and has previously published memoirs about her PCT and AT FKTs. This is her first guidebook and Gerber’s first published book. It was based on Gerber’s Adventure Ready online course, where she and Anderson began their collaboration after being connected via a mutual friend.

They were both drawn to helping other hikers by sharing information and techniques that had helped their hiking. Both discovered the importance of diet, training, and mindfulness over the years after experiencing serious mental and physical crashes post-thru-hike. “We just want to help people get out there and be healthy on the trail and have a good time,” said Anderson. Gerber added that she wanted to help people make long-distance hiking a sustainable part of their lives.

The biggest strength of this book was that it consolidated everything you need to know about long-distance hiking into 200 pages. The page design of the book is also very engaging. The colorful pictures, charts, and blurbs greatly enhanced my reading experience. While the content doesn’t substitute for trail-specific research, it gives a comprehensive overview of how to approach training, nutrition, resupply, navigation, and all other things thru-hiking. Much of this information is theoretically available online. But it’s so widely scattered across dozens of forums, blog posts, videos, and Instagram captions that sorting through the noise can be overwhelming. 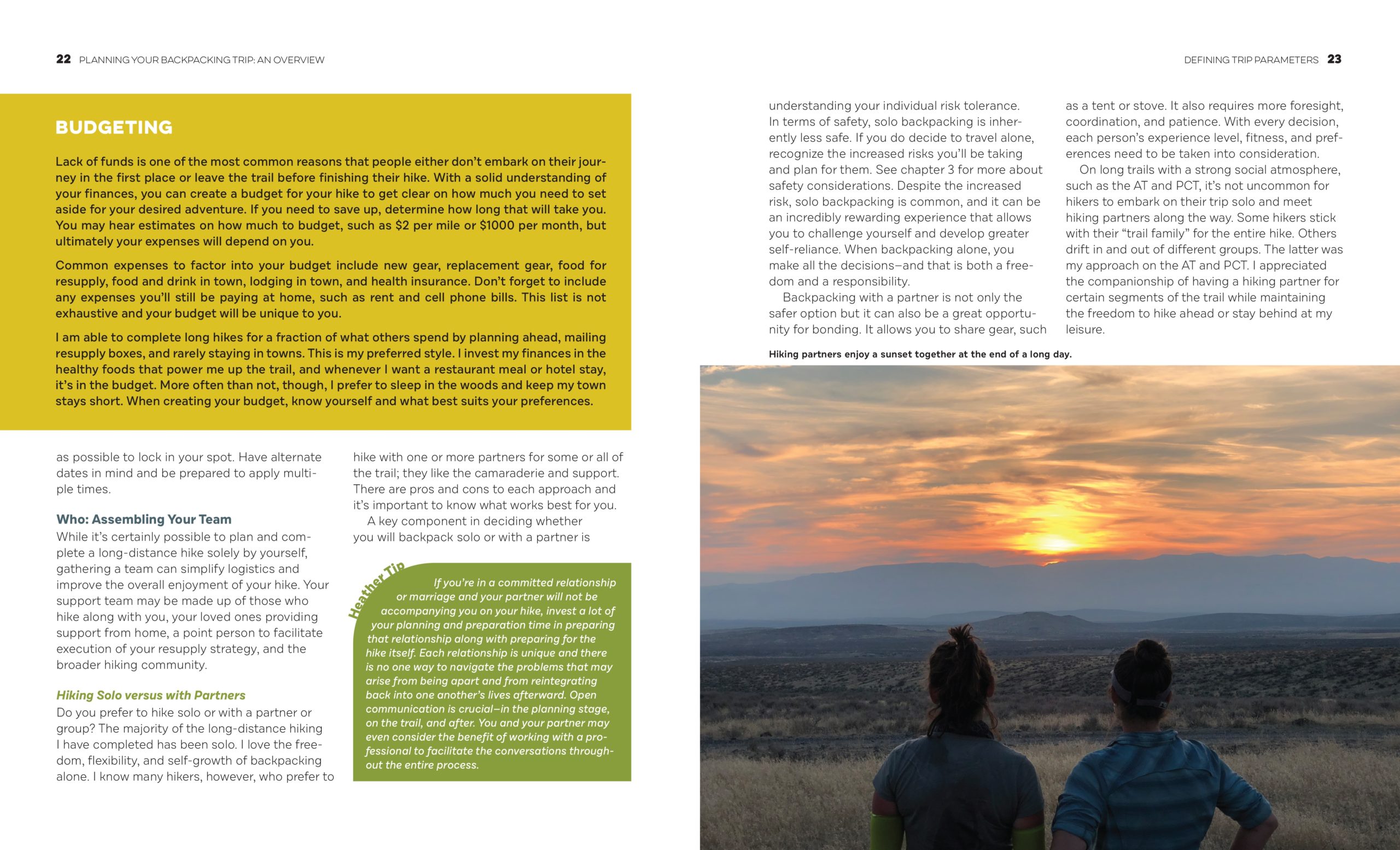 A sample page from Adventure Ready, complete with beautiful pictures and engaging design.

I know that before my PCT LASH, I felt so overwhelmed by the deluge of online information that I stopped researching altogether and decided to just wing it. Gerber described wanting to provide centralized information for people who are “getting…bits and pieces of the process and information in different places.” And while my hike did ultimately turn out OK, I know it could have turned out much better if I had had access to a book like this to read through before leaving.

They wrote the book not only for first-time backpackers, but also those with more experience. Anderson said Adventure Ready would even be appropriate for individuals who “completed a thru hike…and were like, ‘well that could have gone better…there’s room for growth here.'”

Gerber agreed, describing thru-hikers she had met who, although they completed their hikes, ended up “extremely depleted or exhausted…it had really taken a toll on them.” She continued, “if they wanted to feel a bit better next time, (our book has) some tips that maybe they didn’t pick up the first time around.”

The book also provides a more reliable source of information than unvetted blogs and forums. Remember, don’t believe everything you read on the internet. There’s plenty of bad advice floating around out there: for instance, that it doesn’t matter how you fuel your body; that you’ll “hike into shape” so it’s not important to train before trail; or that it’s normal and good to take “vitamin I” (Ibuprofen) daily for aches and pains. In contrast, Gerber and Anderson are experienced professionals. They have tens of thousands of miles under their belts and degrees and certifications in nutrition and personal training. By getting advice from Adventure Ready, you’ll know you’re getting advice that works for a wide range of people. 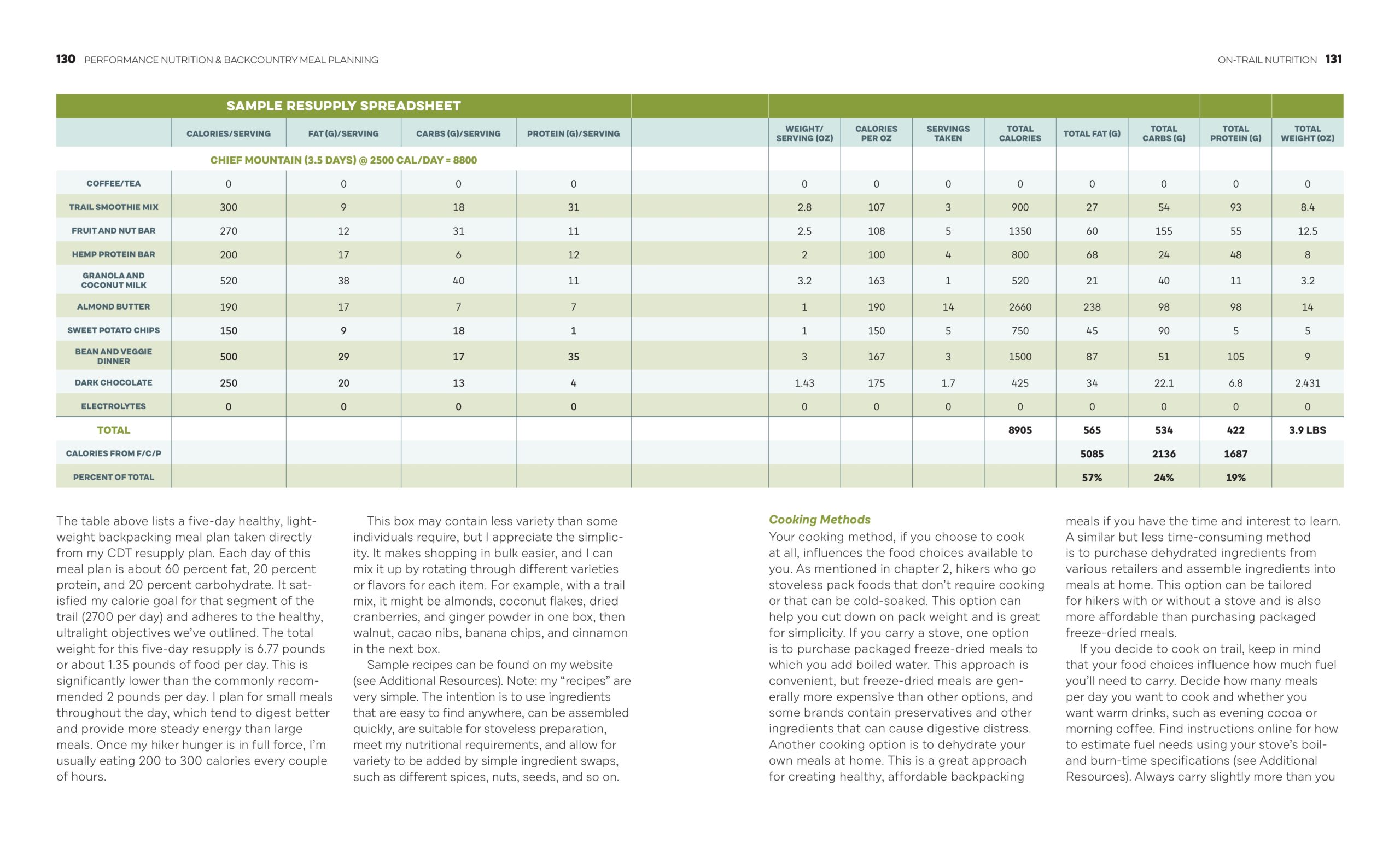 A sample resupply strategy chart from the book. Items are broken down by calorie number and macronutrient distribution. Charts like this are common in Adventure Ready.

The book also discusses mindfulness practices meant to help with resiliency, especially in transitioning to and from trail. Though more and more people are talking about the importance of a thru-hiking mentality in finishing the trail, I have not seen many discussions of methods for easing post-trail acclimation. The discourse I’ve seen has more frequently dismissed post-trail depression as an inevitability instead of providing exercises and other advice to help an ill-adjusting hiker improve their mindset.

READ NEXT – Post Trail Depression: It’s Not What You Think

Anderson spoke about the importance of including this chapter on mindfulness. “As…hikers and people who’ve been in the community for a long time, we know a lot of people struggle with…reentry from a long trail…it can be very serious…I’ve had multiple people over the years that I’ve met or corresponded with that have told me about people they know who committed suicide because they couldn’t handle the reentry…it’s a real problem that doesn’t get talked about very much in the hiking community.”

“I also felt it was really important to include that..reintegration chapter,” said Gerber. “Though there is more conversation around it, which is wonderful, I think there aren’t as many…solid techniques that are being discussed. She continued, “I’m glad that it’s out there because I think that’s one of the things that people silently struggle with.”

Some Sample Advice from Adventure Ready 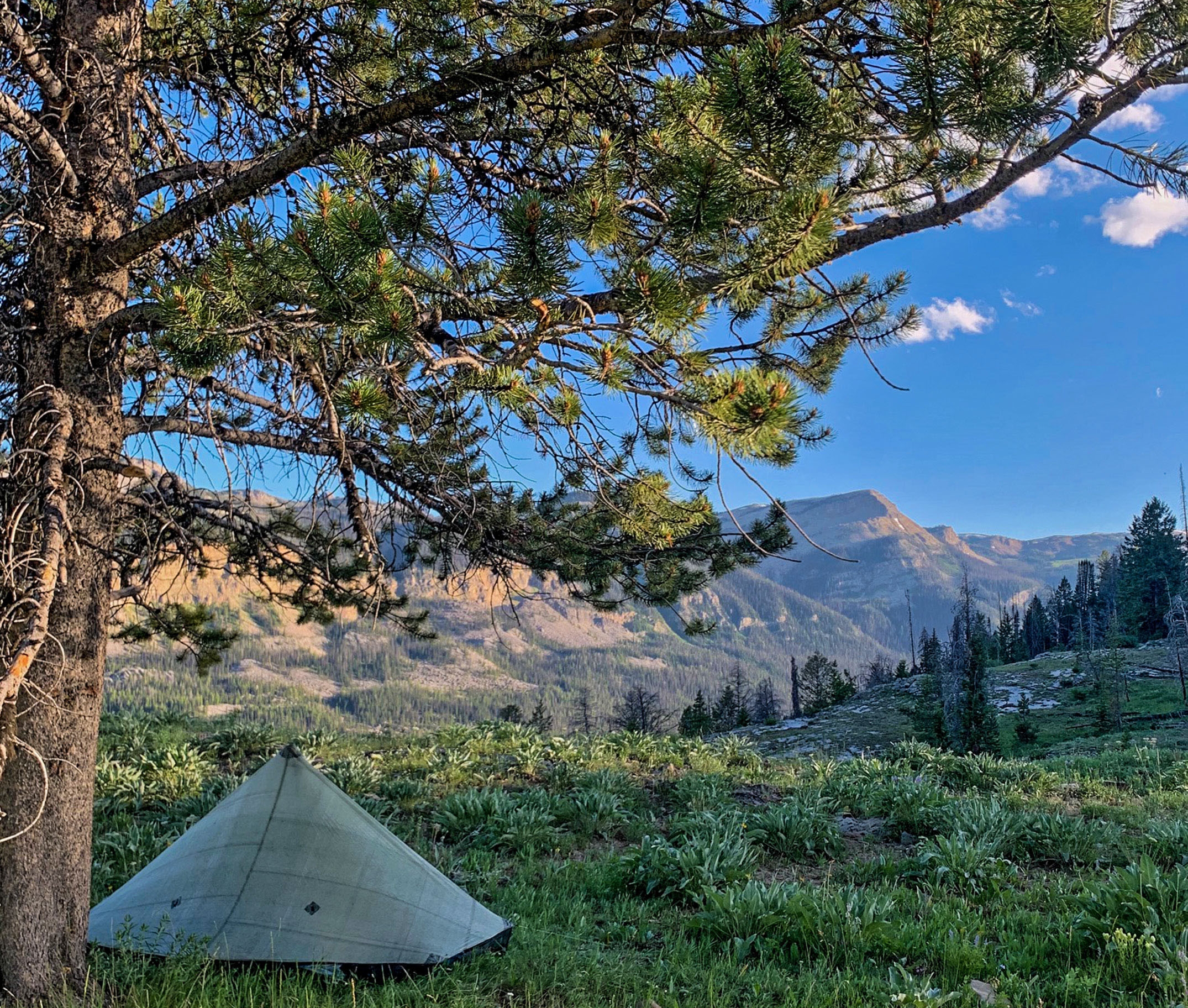 An idyllic campsite on the CDT in Wyoming. Photos like this grace many of Adventure Ready’s pages.

Individuals who are already deeply immersed in research and thru-hiking literature may find this book a little too introductory. As an avid reader of The Trek and listener of Backpacker Radio, I already knew a lot of the general information in the book.

That said, it is helpful and impactful to see it all laid out neatly in front of me. I certainly absorbed it better than if I’d had to cross-reference, say, three different articles and four different podcast episodes. Some of the more granular details on nutrition and particular training exercises were also new to me. This book also articulated things that I had only subconsciously realized and gave adept explanations and background.

Adventure Ready is an excellent resource for anyone who wants to improve their backpacking game, from newbies to thru-hikers. It will appeal to both people who want a general overview of the topics, as well as those looking to get more granular. I know that I will try to implement some of the training, nutrition, planning, and mindfulness techniques on my next trip.