Hiking from Home: A Long-Distance Hiking Guide for Family and Friends

It’s tempting, when considering Juliana Chauncey’s new book, Hiking from Home, to resort to that annoying, overused tick of the social-media age, I see what you did there.

The book is subtitled A Long-Distance Hiking Guide for Family and Friends, and Chauncey (aka Chaunce), podcast co-host (Backpacker Radio), ginger-haired dynamo, and veteran of thru-hikes on the Pacific Crest Trail and Appalachian Trail, more than meets that burden. 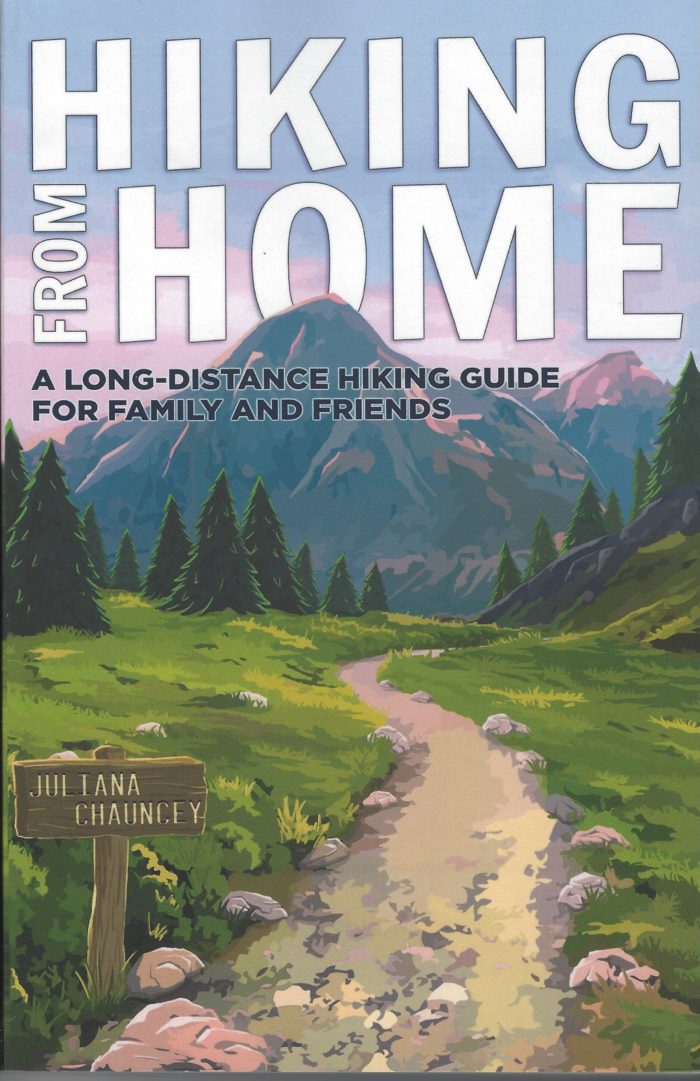 So far as I know, she’s the first author to have written a volume expressly aimed at those doomed to remain in the “synthetic world” (pithy expression courtesy of popular YouTuber and Triple Crowner Jessica “Dixie” Mills) while someone they love toddles off to walk a few million steps and sleep in the wilderness for five or six months.

Chauncey has single-handedly eased the burden of would-be hikers, who may now simply hand this detailed explanation of long-distance hiking to baffled friends and family, sparing them the necessity of defending their “crazy” decision in the years, months, weeks, and days leading up to their trek.

“As someone who’s important in your hiker’s life,”—I love the way she uses “your hiker,” as if we, the few, the mad, are akin to cute, much-loved, but perhaps slightly daffy, pets—“they need you, too,” she writes. “They need those closest to them to understand that what they are doing is on a level beyond what may seem like a vacation in nature. They need you to understand that there will be times they need to kick and scream about how they hate the trail, while not wanting to give up or quit. Regardless of the long trail, no one gets through it alone.” 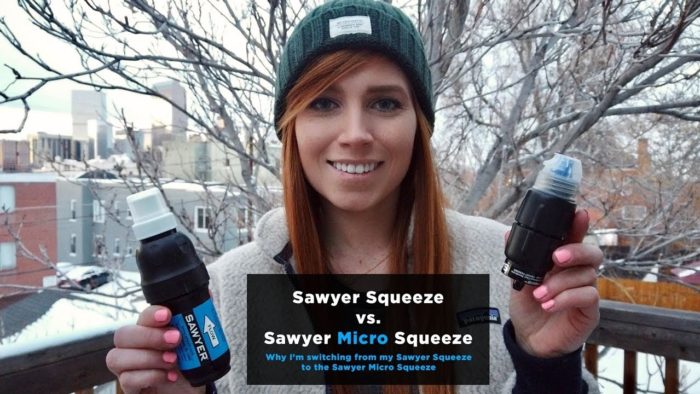 Ah, but here’s where Chauncey gets sneaky: Her highly useful guide for the perplexed, as it were, also happens to be an excellent primer for the would-be hiker herself, as useful as anything else out there. Those who have completed a long hike will continually recognize in her advice to loved ones things they wished they’d known before setting out on their first long-distance trek.

So, if you are pondering your first long-distance hike, you should definitely read Hiking from Home before passing it on to Mom, your spouse or your significant other. It’s jammed with excellent advice, not just from the author, but in scores of quotes from both hikers and their supporters at home.

Chauncey uncorks this effervescent bottle of chatty sagacity early and lets it breathe for more than 200 pages. Under broad headings such as “The Basics,” “Logistics,” “Safety,” and “Support,” she systematically initiates readers into a sort of thru-hiking novitiate. She hits the questions hikers are sure to get, including such Greatest Hits as “Where will you go to the bathroom?” and (usually spoken in horror), “You aren’t going alone, are you?”

“Guy or girl, parents worry, because they don’t hike themselves. They worry about the ‘alone’ factor,” says hiker parent Rob, 34, of Ohio. “I just tell them, ‘Look, he’s not alone. He’s with someone every night, he’ll develop a group of friends and he’ll hike together with others eventually.’ Even if that doesn’t happen, he’s still surrounded by people. There were only maybe five nights that he camped by himself.”

The section on safety addresses everything from “Trail Culture and Community” to “Wildlife Encounters,” “Hitchhiking,” common illnesses and injuries, and “Concerns for an Older Hiker.” She cites current scientific data and lets readers in on long-running discussions among hikers on topics both large and small, in a tone both frank and soothing. 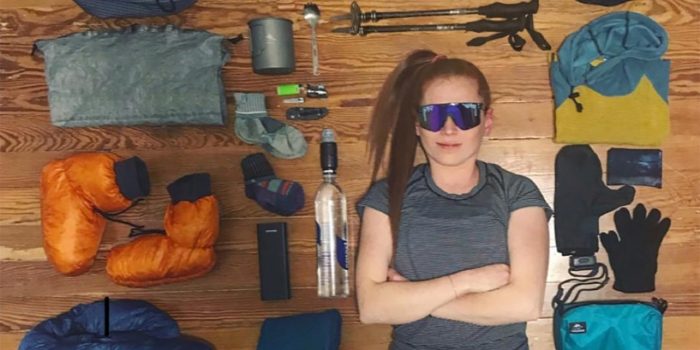 For example, in answer to the perennial question of whether a hiker should carry a firearm, she doesn’t tell anyone what to do, but candidly points out that:

Chauncey provides gear lists, sensible advice on how to send resupply boxes and even tidbits of psychology. Citing We Need to Talk: How to Have Conversations That Matter by Celeste Headley, for example, she describes the difference between a “shift” response—“a hallmark of conversational narcissism”—and a “support” response that makes room for continued conversation.

“Hiker: I’m so bored, it’s hard not to check the time constantly.
“Supporter: Yeah, work has been so dull, too. It is hard.”

“Hiker: I’m so bored, it’s hard not to check the time constantly.
“Supporter: More so than usual? How do you normally pass time?”

For my money, Zach Davis’ books, Appalachian Trials and its PCT doppelganger, Pacific Crest Trials, are practically required reading for any would-be hiker of long trails (and not just because Zach is Big Boss Man of The Trek). But Chauncey—Davis’ Backpacker Radio sidekick, a pugnacious Robin to his beer-drinking Batman—also does a great job of preparing hikers for the mental challenges of the trail, which many, perhaps most, successful long-distance hikers report are more daunting than physical or logistical obstacles.

“Helping your hiker think positively and remember why he or she started the trail is extremely helpful” when he calls home in a funk, ready to quit, she writes. “When needed, let your hiker vent for as long as needed, and help assess the root problem and potential solutions.”

And throughout, Chauncey tips her readers off to the kind of hard-earned wisdom you usually only get from walking the miles.

“What is the allure of stripping down to life’s basic necessities and living austerely?” she writes. “Why walk from town to town when we’ve built roads to connect them? Or give up a warm bed to sleep on the cold, hard ground? Why would grown adults dig 6-inch holes and imitate cats in a litter box when flushing toilets exist?”

Chaunce actually asked more than 100 long-distance hikers why they do it, and after sifting their deeply personal answers arrived at this powerful, and powerfully true, answer: “They need to.” 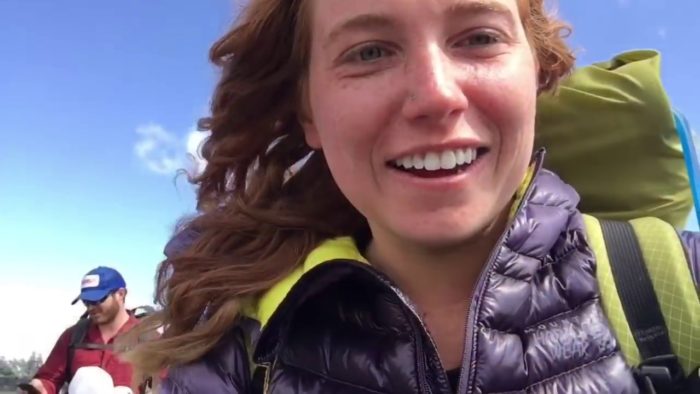 All this is just a sampling of the cornucopia of wisdom readers will find in Hiking from Home, a gleefully … What? Crafty? Subversive? … Trojan Horse of a book, written for “family and friends” but moonlighting as a comprehensive guide to prepare new hikers for their coming adventure. Like those drawings that look like either an old crone or a young beauty, depending on how you look at it; or maybe hiding your cat’s meds in a meatball.

This book was *not* donated for purpose of review