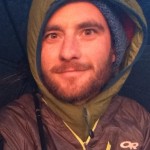 As of August 17, even more of the blaze-stricken Pacific Crest Trail was closed due to wildfire.  With the Caldor Fire rapidly expanding, the US Forest Service has restricted access to an area southwest of Lake Tahoe that includes a portion of the PCT and Tahoe Rim Trail (TRT).  In total, over 54 miles of the PCT is off-limits, from Blue Lakes in the south (mile 1066) to Barker Pass on Tahoe’s western rim (mile 1120).  With this additional closure, roughly 334 miles of the PCT are currently closed due to active wildfires.

As reported on InciWeb, the Caldor Fire erupted in the evening of August 14 and has quickly grown to over 62,000 acres, pushed by south westerly winds and encouraged by extremely dry fuel.  The explosive nature of this fire has forced the closure of the entire El Dorado National Forest, effective August 17-30.

Read Next: How to Stay Safe While Hiking During Wildfire Season

Impact to the PCT

Although the fire has yet to reach the PCT itself, the closure includes the entirety of the Desolation Wilderness, which holds the ridiculously beautiful Lake Aloha among other regional highlights.  At this point, the PCT pretty much parallels the closure boundary, dipping in and out of the restricted area as it rides the mountain crest around the western shore of Lake Tahoe.  The popular trail town of South Lake Tahoe, typically accessed from where the PCT meets Echo Lake or Hwy 50, will be inaccessible from trail except by dramatic detour. 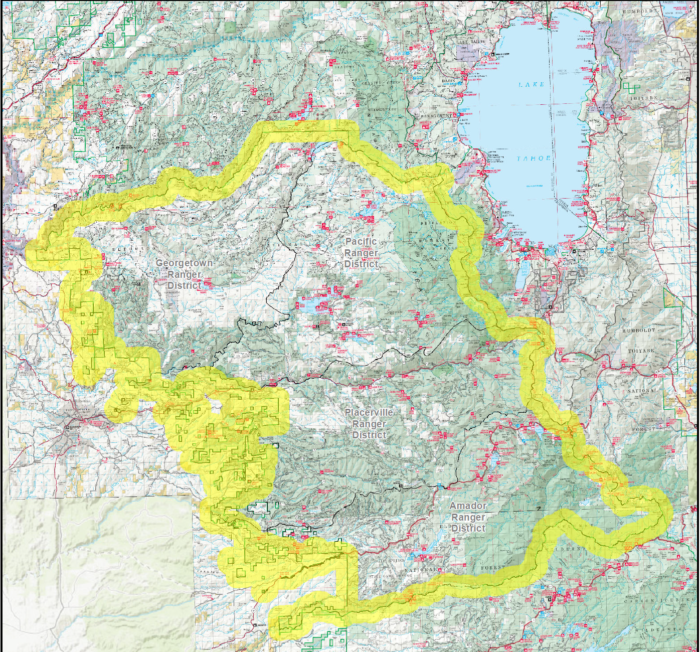 Closure boundary due to the Caldor Fire, as of August 17. Photo via

While the bulk of PCT thru-hikers traveling nobo have already passed through the closure area, this new fire is still a huge blow for anyone nearby, including TRT hikers.  At this time, residents around densely populated Lake Tahoe are not in danger, but thick smoke may be hazardous, especially to those exerting themselves outside (i.e. hikers).  Full containment is expected by August 31, which is good news for sobo hikers on the PCT who have already needed to perform hitchhiking gymnastics to avoid fire closures farther north.

Read Next: Wildfires, Reroutes, and Records: The Future of PCT FKTs

The Dixie Fire is still raging around the PCT midpoint and has potentially wiped out Drakesbad Guest Ranch, famous among thru-hikers for their lunch buffet.  The blaze now stands at a whopping 662,000 acres, and is still growing.  Lassen Volcanic National Park is completely closed to the public, and one third of the park has burned.  Fire mitigation efforts have focused on saving structures such as the park visitor center.  Full containment is estimated for September 30.

The PCTA has adjusted their recommendations, now suggesting Burney Falls rather, than Old Station, as a likely spot to rejoin the PCT if hiking north.

Above all, Owen loves burritos. They are the reason he wakes, the reason he hikes. His hunger drove him the length of the PCT in 2015, the CDT in 2019, and scatters him to wild places worldwide. An engineer sometimes and hiker trash always, he lives to experience, understand, and help the Earth. www.hikefordays.com