One of the universal characteristics of people who love the outdoors is that we enthusiastically lean into discomfort.

The outdoors community is mostly white, which has allowed us the privilege of being able to avoid broad and open discussion of social and racial issues. Racism and violence against Black people go beyond the outdoors in America, but that doesn’t excuse non-Black members of the outdoor community from recognizing and fighting it.

No, you cannot escape society’s problems in the outdoors. The outdoor industry generates billions of dollars in consumer spending across the US each year, and creates millions of jobs. Nothing so expansive and integral to the US lifestyle can be exempt from the current social narrative. When angry comments say to “leave politics out of the trails,” it’s apparent the people standing behind these comments have never had to experience discrimination based on the color of their skin, background, sexual orientation, or anything that might set them apart from the majority of people seeking solace in the outdoors. Privilege is the ability for us to escape to the woods and “tune it out,” the writers of this post included. Admitting that doesn’t make us bad people, but it means we need to be more open to understanding that not everyone has this privilege. We need to utilize our voices and platforms to generate change. 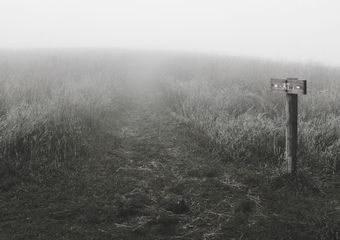 Our Pledge to Do BetterInequality and the outdoors During a time when society can't agree on the shape of our planet, not even the most conspiracy-minded would argue that the outdoors is a diverse space.  Our 2019 AT thru-hiker survey, which had 365 respondents,…Read More

We, as a community, need to do better. We can stop contributing to the noise and start amplifying the voices of those who have been silenced for too long. Fighting racism and injustice can be deeply uncomfortable, but haven’t we been practicing that all along?

“Fighting racial injustice in America is an endurance sport. It is going to take time and sustained focus, to galvanize out communities. Being tired is not enough. The race can be won, but it requires dutiful action from all of us.” – Marielle Hall

Let these resources serve as the start for what will hopefully be a tipping point in our community. We want this list to grow. If you have any additions you think should be added, please comment below or message any of our social media accounts.

Ask yourself questions about how you can use your voice to make the outdoors and hiking community a safer, more inclusive space for all.

Reconstruction: This four-part PBS series explores the transformative years following the American Civil War, when the nation struggled to rebuild itself in the face of profound loss, massive destruction, and revolutionary social change.

Recolor the Outdoors: Despite the rapidly changing demographics of the United States, the outdoors remains a non-diverse space. In his TED talk, Alex Bailey discusses the lack of engagement for many communities of color due to safety, access, relevancy, and representation.

Reclaiming Our Time: Black Faces, White Spaces & the Possibility of Us with Dr. Carolyn Finney: Look at how the natural environment has been understood, commodified, and represented by both white and black Americans

The Trauma of Systematic Racism is Killing Black Women: In this TED Talk, T. Morgan Dixon and Vanessa Garrison talk about the driving force of their health nonprofit GirlTrek. They are on a mission to reduce the leading causes of preventable death among Black women by building communities of women walking together outdoors.

The Unlikely Thru-Hiker: In 2012, Derick Lugo set out from NYC to thru-hike the Appalachian Trail.

Barbara Hillary Commencement Address: The epitome of resilience, Barbara grew up in Harlem and in her late 70s, after surviving cancer, became the first African-American woman to reach both the North and South Poles.

The Blackalachian’s YouTube Channel: Follow Daniel White, an African-American thru-hiker and cyclist who most recently showcases his 2019 hike of the Camino Del Norte.

Merrell’s YouTube Channel: This footwear company sponsors underrepresented outdoor athletes, including people of color, LGBTQ folks, and members of Indigenous communities, and showcases them on their channel.

Just Mercy: This film is currently available for free to encourage education about systemic racism.

When They See Us: Streaming on Netflix. Five Harlem teens are falsely accused of an attack in Central Park.

Explained | The Racial Wealth Gap: Senator Cory Booker and others discuss how slavery, housing discrimination, and centuries of inequality have compounded to create a racial wealth gap

These articles are a good start to understanding different points of view and the systemic exclusivity across the industry.

The Melanin Base Camp Guide To Outdoor Allyship: An incredible, must-read guide for white people. Privilege, self-awareness and action as outdoor allies.

Five Ways to Make the Outdoors More Inclusive: A must-read for anyone looking to use their voice to make the outdoors a safer, more inclusive space for the BIPOC and LGBTQ+ community.

A Guide to Indigenous Land Acknowledgment: An important guide to understanding the longstanding history that has brought you to reside and recreate on lands, and to seek to understand your place within that history.

Backpacking in America as a Person of Color: Hikers Share Their Experiences: Hikers of color share their stories and opinions about what it’s like to backpack on America’s long-distance trails.

Why Black People Should Take Up Space in the Outdoors: The basis of a discussion for why Black people deserve a louder voice and a bigger space in the outdoors, both in the industry and through recreation.

The Outdoor Industry’s Inclusion Problem: Marinel De Jesus reflects on the lack of inclusion she saw after attending the 2018 Outdoor Retailer show.

Going It Alone: The story of Rahawa Haile, a queer African-American woman who decides to solo-hike the Appalachian Trail from Georgia to Maine during the political climate of the summer of 2016.

‘Bad Things Happen in the Woods’: The Anxiety of Hiking While Black: Three African-American hikers describe fears and stereotypes they have faced–and why they love hitting the trails.

Outdoor Industry: We Don’t Want Your Hashtags, We Want Action! Actions outdoor brands can take to show their  long-term commitment to fight racism.

Something About Black Fear

Policing Black and Brown Bodies in the Outdoors

How to Speak up About Racism in the Outdoors

Books: Further reading for when you want a deeper dive

The Adventure Gap:Changing the Face of the Outdoors

Rooted in the Earth: Reclaiming the African American Environmental Heritage

White Fragility:Why It’s So Hard for White People to Talk About Racism

The Rise of the American Conservation Movement: Power, Privilege, and Environmental Protection

Dispossessing the Wilderness:Indian Removal and the Making of the National Parks

Stamped from the Beginning:The Definitive History of Racist Ideas in America

Between the World and Me

For more reads, Time has compiled this list of books to read about anti-racism.

Put on one of these podcasts to hear from the BIPOC and LGBTQ+ community.

“Miss Buchanan’s Period Of Adjustment” on Revisionist History: In Season 2 Episode 3, we hear about the Browns, the family behind Brown v. Board of Education, perhaps the most well-known Supreme Court decision in history.

“Black Girls Do Bike” on Better with Bikes Podcast: Black Girls Do Bike started as an online community, but quickly blossomed into a proud voice of some of the most underrepresented and underserved groups in the cycling community.

Will “Akuna” Robinson on Backpacker Radio: The first known African-American male to complete the Triple Crown talks about his experiences in managing chronic pain, how hiking interfaced with his PTSD, what it’s like hiking through rural America as a black man.

“Finding Black Joy in the Outdoors” on Outdoor Voices:  An avid climber, hiker, and outdoor leader, Brittany Leavitt tells how the outdoors play a role in helping her heal through grief and asserting her identity.

“The Power of Storytelling” on She Explores: Melanin Base Camp founder Danielle Williams discusses the power of storytelling to educate people on the ways people of color and LGBTQ+ persons experience the outdoors.

Code Switch: Being Outdoorsy When You’re Black or Brown

Can’t get out there and protest? Don’t know how to help spread the word? Here is our list of organizations and social justice efforts to learn about, follow, and donate to. Don’t have the means to donate? You can still learn about these organizations and their efforts, volunteer, and read their stories.

Diversify Outdoors: This collection of small business owners, BIPOC and LGBTQ+ outdoor influencers, and outdoor businesses came together in 2018 to start helping diversify the outdoor industry and community.

SoulTrak Outdoors: A non-profit that connects communities of color to outdoor spaces while also building a coalition of diverse outdoor leaders.

Youth Outside: An Oakland, CA-based and BIPOC-led organization dedicated to connecting youth to nature by eliminating barriers, providing resources, and promoting outdoor programming.

We Got Next: Amplifies individual stories of adventure and activism from communities that have been underrepresented in outdoor and environmental spaces.

Black Outside: Working to reconnect black youth to the outdoors.

Outdoor Afro: Connecting and enhancing Black leadership in the outdoor industry and community.

Big City Mountaineers: Getting underrepresented and economically challenged youth into the outdoors.

Color Outside: Helping Women of Color get outside in an inclusive, empowering environment.

Greening Youth Foundation: Connecting under-represented youth and young adults in Atlanta, GA to the outdoors and jobs in conservation.

Run with Maud: Ahmaud Arbery was jogging in his neighborhood in Georgia when he was gunned down and killed. Three men face charges in his death. Support efforts for justice by signing the petition or donating funds.

Equal Justice Initiative: This nonprofit works to challenge racial and economic injustice, and provide a voice for underserved members of the community.

Seirus: Owned and operated by people of color selling cold weather and sun protection gear, like gloves and face masks.

Coral Cliffs: One of in indoor climbing’s best kept secrets in Ft. Lauderdale, FL. Owned & operated by a Black woman.

Brooklyn Bell Design: Graphic designer and artist whose work is inspired by her passion for the outdoors.

Become more in-tune with the experience of BIPOC and marginalized people in the outdoors. Aside from aspirational outdoors photos, they’ll promote calls to action and ways to help straight from the source.

Outdoor Diversity Pledge: Pairs leading outdoor brands in one-on-one relationships with inclusion advocates to advance representation for people of color across the industry.

Native Lands Map: Know what indigenous land you’re living and recreating on and research what groups occupied those lands.

Special thanks to Elise Ott for helping compile these resources; feature image via Maggie Slepian