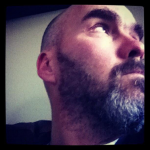 I’m going to keep this one brief. This goes along with the how and the why. I have for years posted on social media about the cancer and the journey as they call it. I can say that the idea to thru hike is not specifically about the cancer, but of course everything is about the cancer, meaning it has an influence on every decision moving forward, in the background. But I’ve decided to stop posting about it on social media, and I expect my writing from the trail won’t have a lot to do with it, except for maybe if I write that I need to leave the trail for a couple weeks to take care of some of that cancer business. I like to think of this as “changing the story”.
The AT has always fascinated me, the idea of a path running the length of the Appalachian mountains, cut through wilderness, yet close to civilization.  I have some idea of how it came to be but I need to find out more about how they strung it all together. I’m considering the doing because and just because, there is a lifelong desire, a fascination, it’s the true American pilgrimage. On top of that is an urgency and a curiosity of seeing whether I can physically do it, the cancer comes in there, will it change anything within my physical being? cancer comes in there, will I find peace with where I am and the uncertainty of the future? cancer comes in there. And so let that be that, no more talk of it. It’s there but I don’t need to write about it.

I am an illustrator. I draw pictures for magazines and newspapers, commercial clients and institutions. You’ve likely seen my work. I will be taking a break of sorts from career, but I will also likely need to come off trail if say one of my long term clients needs something. That’s the only way I can do this. Take a train back to Balt from Port Jervis or Bear Mountain, or wherever I find myself, do what I need to do. I also have two children still living at home and my wife, I expect that I won’t be able to go three months without seeing them. This is of course the biggest hurdle and why I may never get past Front Royal (I’m starting at Rockfish Gap,VA).
My expectations are to do some visual reportage from the trail, some drawing. I think my plan for this is to use an I-pad Pro, I’ve already found the I-Pad to be about the weight of a paperback or two, so one I-pad instead of a journal/sketchbook, pens, and a couple books seems to make sense. You can store a virtual library on the I-pad. The charging is logistic but the pad seems to run pretty long on a charge. I would need to carry a battery brick anyway. I’ve fashioned a sort of cushioned sleeve for the I pad to try and keep it protected, weighs nothing, next to nothing. I’m aware that my weight considerations may change as I move up the trail.
I expect I’ll do a fair amount of writing as well, although the daily routine may end up being me walking all day, eating then collapsing. My body will already be slowed and I will try to take the time I need to draw and rest and write. I have likely mentioned that I don’t expect to be able to do this all at once, I expect to string it together, north, then south. Nothing to prove, no badge, no thru hiker label, just me walking north.

The next and third posting will not have the word cancer in it. Changing the story. I need to end with this disclaimer; this journey is all planned with a caveat, that I have some hurdles before it becomes a reality. Could easily be postponed, rescheduled, whatever. Not an actual hike until I’m moving, but I expect to begin moving in April.

Since writing this a couple weeks ago I had a pretty severe immune system reaction to an immunotherapy drug I was taking. It was a clinical trial, so there is always this risk. I should say this was round two of the sever reaction. Back in mid January I developed a drug induced pneumonia, which is called pneumonitis. That triggered an irregular heart beat, that’s called atrial fibrillation. That bouncing heart rhythm lasted a month straight and only subsided as the prednisone, a steroid, took hold. It seems the second round was triggered by the prednisone level being reduced, called tapering, the immunotherapy drug seeing an opportunity-launched another attack. This is essentially my body attacking my body, the drug is the trigger, I have not had it since early January. Anyway, this second round involved a rash that over the course of two days covered my entire body, scarlet dots coalescing into matts of red, it rages still as I dose up on Prednisone. The rash was alarming enough but it was coupled with a worsening pneumonia. This put me in the hospital for a few days where I had numerous tests, the potential for real trouble was high so they wanted to monitor me. Now I am home with another months worth of drugs, which means all potential start dates are pushed back at least that long. I had expected to be doing some training sections by now and it’s a good thing I wasn’t in the woods when this thing launched.

I never had a stringent plan to begin with, very fluid, I was going to just do what I could do, and that is still the plan. I may still be able to start from Rockfish Gap in April sometime.

And the next posting will not have the word cancer in it.

Planning a flip flop thru hike in 2021. I'm an illustrator, a father and husband, and lastly a cancer survivor, or rather cancer patient/survivor. The last part is the least of who I am. Aside from drawing for a living I've restored some houses here in Baltimore, I tend to take on things, obsess over that project then move on. Those were things I've always wanted to do and so I did them. Currently customizing a Ram van as a camper, part of the new and yet to be defined obsession. As opposed to houses which are stationary and represent indoors, the van and the plan to hike are the opposite, in motion and out of doors. I've done some hiking and I have some gear. I've hiked with my now grown boys, I have three of them. We've hiked in Virginia and New Hampshire, New Jersey and Massachusetts, stretches of the AT in Maryland a few times, we've hiked up and around Harpers Ferry too many times to count. That's a special place. I'd tell them of the AT and how it's always fascinated me, describe the idea of a thru hike and tell of friends who have done it. I've done a Presidential traverse, once solo and once with two of my boys and a couple of their friends. I've done some winter mountaineering stuff in the whites as well, with guides. Spent lots of time day hiking in the hills around Camden Maine, another special place. I realized I will never really get an opportunity to thru hike unless I create that opportunity, and so I shall. Lastly, I cannot commit to more than a start at Rockfish Gap and see how it goes, and if it goes I'll keep going.