After arriving in Lyle I enjoyed a great dinner, made new friends, and closed the bar with the owners of the Lyle Hotel, where I was staying. Unfortunately, as the night drew to a close, I started to feel like crap. After going to bed I knew that I had a full-blown cold—name a cold symptom, I had it. I got a few hours of sleep, partially from being congested, and partly trying to figure out what to do. Do I keep going? It would be three days, pretty much in the middle of nowhere, until I reached The Dalles. If I continued, could I do a 16-mile day, a 26-mile day, and a 22-mile day? Or do I rest up in Lyle, get better, and cut out that section. I decided to see how I felt in the morning and go from there.

I woke up feeling horrible—it was full blown and I didn’t want to leave the room. While I could have done the 16 relatively flat miles to Wahkiacus, what would I do then if I felt even worse? I think there’s a big part of me that would have gone for it if I hadn’t already cut out the Panther Creek to White Salmon section, but I promised everyone going into this that as a solo hiker I would make smart, safe decisions, and the only choice was to stay, rest up, and continue on the next day farther down the trail. 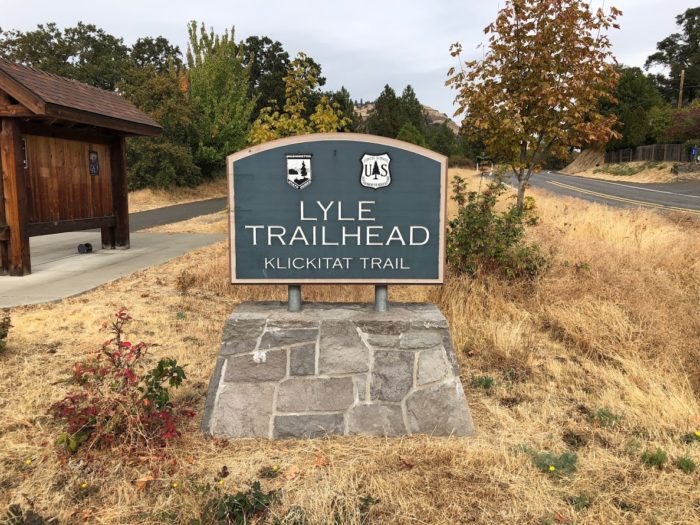 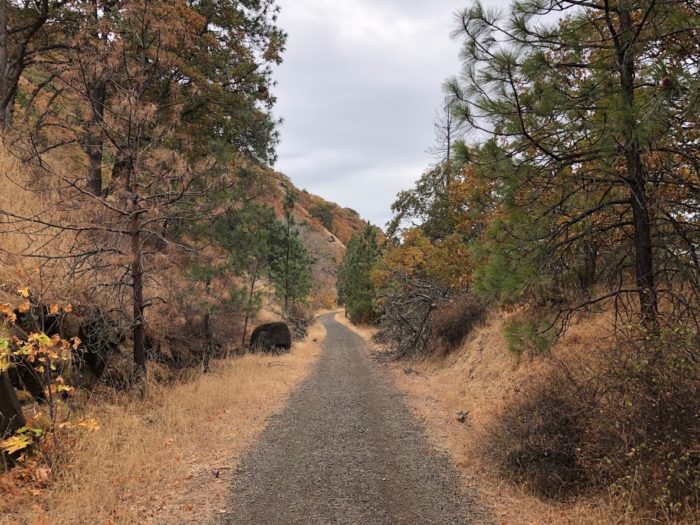 I booked an extra night, rested, then had a little bit to eat, and decided to get some fresh air and at least walk the first mile or two of the Klickitat Trail. It was pretty frustrating, such a beautiful and easy section of trail, and I wouldn’t be doing it. However, I knew I would come back and do it someday. I turned around a little past Klickitat County Park, watched a bit of the Seahawks game (they lost), heated up a Backpackers Bistro Mexican beans and rice meal, took some cold meds, and called it a day.

Zero Day No. Two – Catch a Ride from Lyle to The Dalles

Still not feeling 100 percent, but good enough to camp. I texted my new friend Elmo, who graciously was able to give me a ride across the river to the nearest campground I could find to The Dalles, which was Memaloose State Park. On the ride over we talked about the Chinook Trail, and the possibility of the CTA coming up with an alternate, shorter route that would cut out the Klickitat Trail and about 50 miles of road walking in Eastern Washington and Oregon. Instead, one would go from Lyle to The Dalles, then continue west to Portland. He dropped me off at the park as it started to rain, and I promised him that I’d send him some surf tunes from my record label to use in some of his rock-climbing videos. I set up camp under a tree, made a fire, and rested up more to try to kick this cold once and for all. 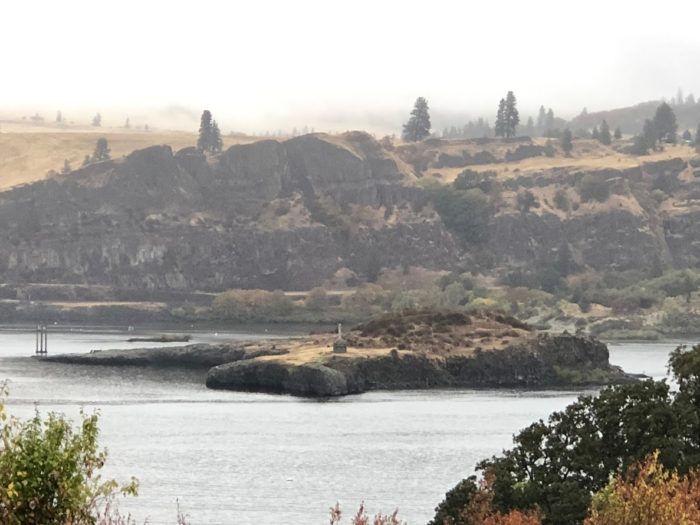 Knowing I had a fairly short day of hiking, I had breakfast and packed up camp around 8, then hit the highway. Yes, because Memaloose Park is split in half by Highway 84, and I was on the river side with no access to the other side, I had to walk on the shoulder of the highway toward Mosier. Thankfully, this section had a wide shoulder and for most of it I was able to walk on the other side of the guar rail. After 1.5 miles I reached a tunnel that went under the freeway on Rowena River Road, which would then allow me to access the Old Columbia River Highway. I made my way down a steep slope, dropped my pack over some barbed wire, and then lowered myself down to the tunnel. From there I walked through an orchard and met some workers. I was worried that I was trespassing, and might be in trouble, but they said that while there isn’t public access it wasn’t a big deal and told me how to get through the front gate. Really nice guys, although they thought I was a little crazy to be hiking so far.

Having reached the road, I made my way through the town of Mosier. I had hoped for a coffee and cinnamon roll, but everything in town was closed. I rested a bit at the site of their farmers market, then continued on west out of town to meet up with the Historic Columbia River Highway State Trail. I passed a local who suggested a nice shortcut trail, which featured great views of the river and avoided about a half mile of road walking. I met up with the paved trail, which climbed uphill to the Mosier Twin Tunnels. This is definitely the highlight of this section—cool tunnels reinforced by wood beams, with peek-a-boo views of the river in a couple of sections. 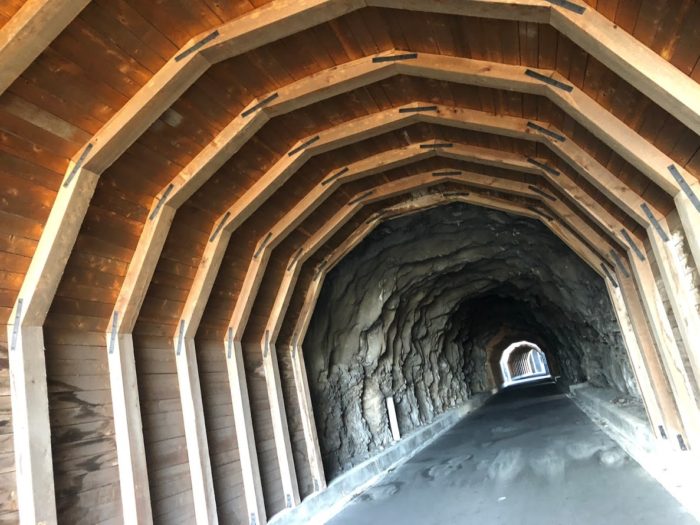 For most of this section, about seven to eight miles, I was able to walk on the dirt and gravel shoulder, avoiding the unrelenting pavement. The views of the Columbia River were amazing throughout. I arrived in Hood River about 12:30, anxious to check in at the Hood River Hotel, take a shower, and get some food. Feeling up for a beer or two, I decided to hit the local microbreweries and get a pint at each one. I started off at Double Mountain with a Black Irish Stout and a veggie pizza, then continued on to Big Horse brewing for a Cornucopia corn lager, which was pretty amazing.

Later met up with Elmo, his wife, Ozy, and their three kids at Pfriem Brewing for an amazingly fun evening of conversation, great beer, and delicious food. It was awesome to get to know them and I hope that our families can get together soon. They’re such great people. Capped off the evening with a schooner at Ferment Brewing, completing my brewery tour of Hood River (skipped Full Sail, which you can find in just about any grocery or convenience store), and then called it a night. This would be my last town day for a while, before heading south to Mount Hood.