God speaks to each of us as (s)he makes us, then walks with us silently out of the night. These are the words we dimly hear: You, sent out beyond your recall, go to the limits of your longing. Embody me. Flare up like flame and make big shadows I can move in. Let everything happen to you: beauty and terror. Just keep going. No feeling is final. Don’t let yourself lose me. Nearby is the country they call life. You will know it by its seriousness. Give me your hand. 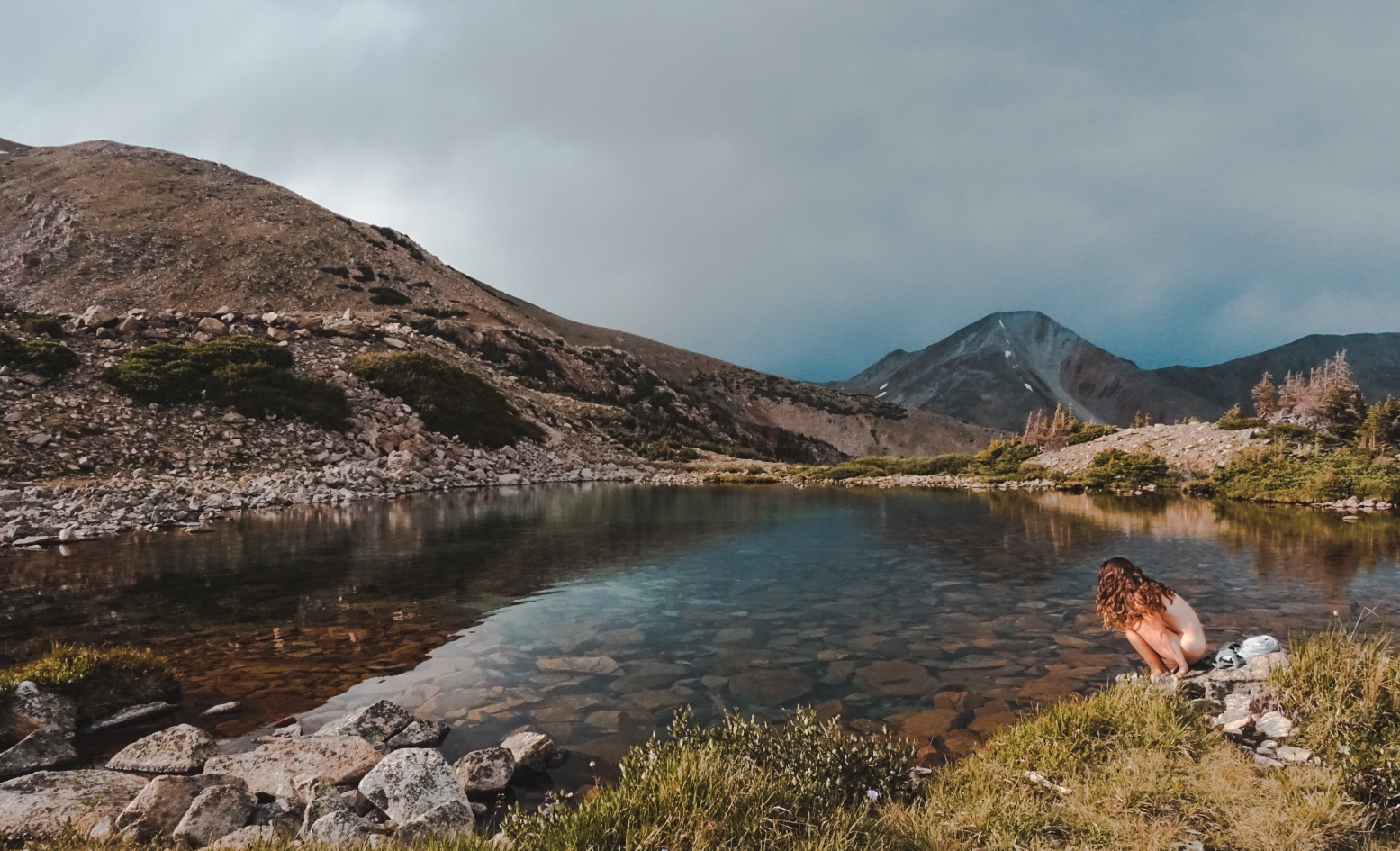 I peered into the glassy surface of the water and saw a dim shadow of myself careening over the lake. My body, naked and marbled with a multitude of tan lines. My hair, a dark mess of tousled curls, evoked the artistry of nature’s uncivilized designs. The bottom of the lake was spangled with rocks, each engraved by intricate, endlessly looping mazes. Embellishments made by microorganisms as they established their own trails; their own pathways to nourishment, procreation, and other stops along the continuum of existence. I searched the underwater world for leeches or some other sign that I should not enter, but I found none, and stepped into the lake. I submerged my thighs, then my stomach, and braced myself as the extreme cold crept up to my clavicle, filling in the empty spaces created by protruding bones. Oxygen rushed painfully from my lungs and airways. I gasped, a series of desperate little inhalations, in an attempt to regain my breath. An instinctual, animal fear welling up inside of me. Get out, it urged. Get warm. My extremities throbbed with the constriction of my capillaries. My teeth chattered then clenched. My resolve vanished and I turned back.

The rising sun was still too low in the sky to provide much heat, so I struggled into my crusty clothes and prepared to start hiking.

“How are you feeling this morning?” Matt exited the turquoise pool without betraying signs of the intense discomfort I’d experienced.

“You really scared me last night,” he said softly. I looked up at him. Saw the concern in his pale eyes and clenched jaw. I felt touched and guilty in equal measure.

The previous day, and the days preceding it, had been a gauntlet. My body was beginning to bow beneath the pressure of constant physical strain. As the trail cruised at altitudes between 8,500ft and 10,000ft, my body consumed approximately 30% more energy just to perform homeostasis, let alone to hike 25 miles day after day. Coupled with the persistent rain and perpetual cold, I could feel my muscles fatiguing without proper replenishment and rest. I hadn’t packed enough food and I could hardly stomach eating the food I had packed. Light-headedness and bouts of nausea had become frequent occurrences, but that wasn’t surprising or even problematic. Those were foreseeable circumstances that could be endured.

What Matt was referencing, and what I hadn’t prepared for, was a series of bizarre allergic reactions. As I laid in my sleeping bag the night before, my sinuses and throat had swelled so dramatically that breathing became a laborious chore that had to be performed manually. I wheezed the thin alpine air with concerted effort and wondered uneasily if I had contracted covid. Matt, who was indisputably more prepared for medical emergencies than I, administered two benadryl tablets and promised that I probably wouldn’t suffocate in my sleep.

“I can’t believe you don’t carry benadryl, or like, any medicine at all. Imodium? Ibuprofen?”

“I have a tube of neosporin, leukotape, and a bottle of hand sanitizer,” I defended myself.

“Please,” I could feel the motion of his eyes rolling beside me. “My pack is lighter than your pack and I’m prepared. You don’t even carry gloves. You use a ‘sock mitten’…and you only have one! One sock!”

That stung. I resisted the urge to exhaust my precious oxygen on this argument although I felt very confidently that his pack was not lighter than mine. Like it matters, my bruised pride consoled itself.

“You have quite the collection of medications over there, hmm?” I asked.

“My mom is a pharmacist.”

“Oh? Well that doesn’t exactly make you a pharmacist but thank you for the benadryl. What’s your mom like?”

“Smart. She graduated at the top of her class but she’d never grandstand about her own intelligence. She’s kind. Good-hearted. The sweetest person I know.”

I felt a pang of homesickness for my own mother.

“Is she the one who loved you so well and made you so sweet?” I teased.

A closed lipped smile turned the edges of his mouth upward and he replied with an unselfconscious, “Yes.”

My eyelids fluttered as my faculties became sluggish and my limbs grew leaden. The benadryl was metabolizing.

In reply, Matt placed soft kisses on my head and closed eyes. On the verge of sleep, I had the sense he was watching me and making sure I was still breathing. The final figment of thought or feeling that crossed my mind before dissolving into slumber was that strange mixture of gratitude laced with guilt. The notion that to be cared for is to be burdensome. That vulnerability is weakness and weakness is contemptible. 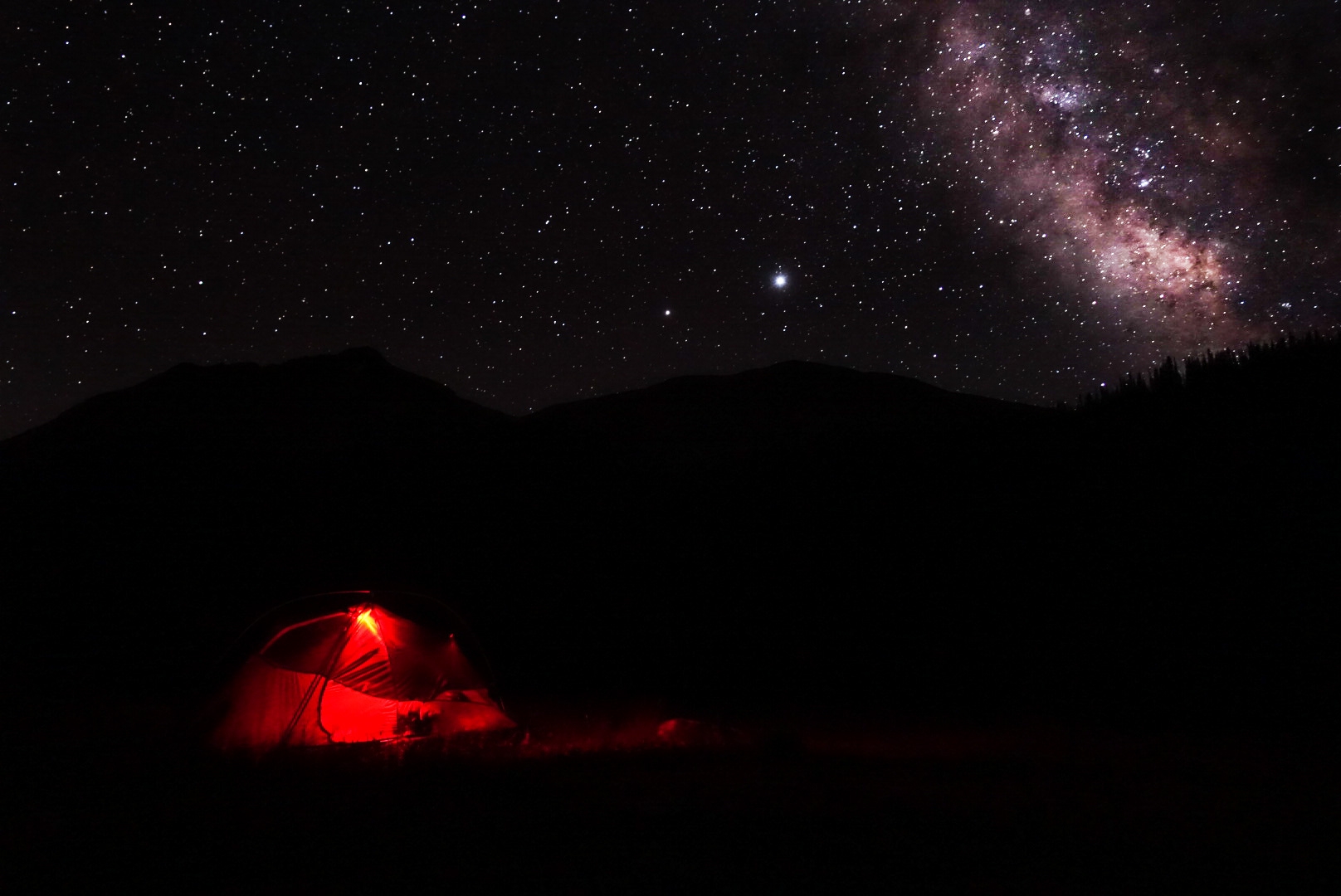 “I’m sorry I scared you,” I offered as Matt dressed beside the lake, “but I’m good.”

And I sincerely believed, by sheer force of will, that I would be. I tied my altras, joylessly ingested a Kind breakfast bar, and started climbing to the highpoint overlooking the lake. When I started up the pebbly path of switchbacks, I instantly began wheezing and became breathless. My sinuses were swollen, causing painful pressure in my head, and resulting in the sensation of drawing air through two disintegrating cardboard straws. Is this asthma? Is it the altitude? Am I sick? I retrieved a packet of almond butter from my hip belt pocket, squeezed the contents into my mouth like fuel into a tank, and blared Black Sabbath’s Master of Reality album in my headphones. Okay, I mentally steeled myself, it might blow but we’re doing this.

I started walking, slowly, but I didn’t stop. I would like to think summiting that mountain, summiting any and every mountain, might be a small personal accomplishment accompanied by a sense of triumph. In reality, I can hardly recall the relief of reaching the top of an excruciating climb except to say that it feels like, well, relief. Not victory, not even satisfaction, but the long awaited absence of a previously present suffering. Blissful alleviation experienced in every cell within my lungs, my legs, and my spirit. The paradoxical fullness found in willful, self-imposed deprivation. I stopped, turned to inspect my view, and gazed over the contours of ridgelines I’d traveled in the previous days. As far as my eyes could see, I had walked further.

I wonder if… I pulled out my phone, turned off airplane mode, and learned that I had service for the first time in days. Butterflies bathed in stomach bile fluttered, flickered, and frenzied within my abdomen. My breathing halted as my fingers, bewitched, dialed Luke’s number. I stared vacantly at the sea of gray and green I’d left in my wake as the phone pressed to my cheek rang without response. Maybe…

“Bell!” His voice, husky with warmth and affection, filled the line between us.

“Hey! Luke! How are you? Happy belated birthday!”

“Thank you! Thank you for your letter. I, uh, have something crazy to tell you.”

I waited for him to continue speaking. Waited for my astonished mind to grasp the reality of conversing with Luke in real time.

“We finished the season early. I just got home. I’m back in Arizona, Bell! I can come meet you in Colorado.”

A maelstrom of emotions assailed me like an avalanche. My orientation suddenly scattered as the weight of my actions, the confusion underlying my own choices, came bearing down on me over the course of a single conversation. Conflicting desires warred within, forming elegant knots I had no hope of untangling. I longed to see him. To rekindle what the onset of the pandemic and our abrupt separation had snuffed out. What I myself had extinguished in my fear and uncertainty. Yet I felt so far from him and so changed since we had last been together. What would happen if he came to Colorado? Would we spend a few euphoric weeks together, playing at something more permanent, before separating again as our respective paths carried us in different directions?

Luke was off to California for a new job. I was off to St. Louis for an AmeriCorps program. Were we delaying an inevitable end? Was what I was doing with Matt any different? Was it possible that something as profound as love could be essentially dictated by timing, happenstance, and chance?

“Luke, I’m so happy you’re home. To be honest, I have a lot going on here. I think…it would be best if you didn’t come to Colorado.”

I could feel his confusion and surprise. I could hear the hoarseness creeping into his voice as he tried to comprehend my request.

I swallowed, sighed, and noticed the crisp air on my tear-streaked cheeks. In an astounding act of cowardice I said, “I just…need some time.”

With that, we ended our call. For a while, I was a statue. I stared vacantly into the air, suspended in the sound of his voice, and shivered with the sobs that seized my diaphragm. Eventually, I started walking again. Perpetual movement forward; the requisite constant of long hikes, harrowing journeys, and time. One foot, then the next, no matter what. I called to mind Rilke’s words, “No feeling is final. Just keep going.” Keep going. 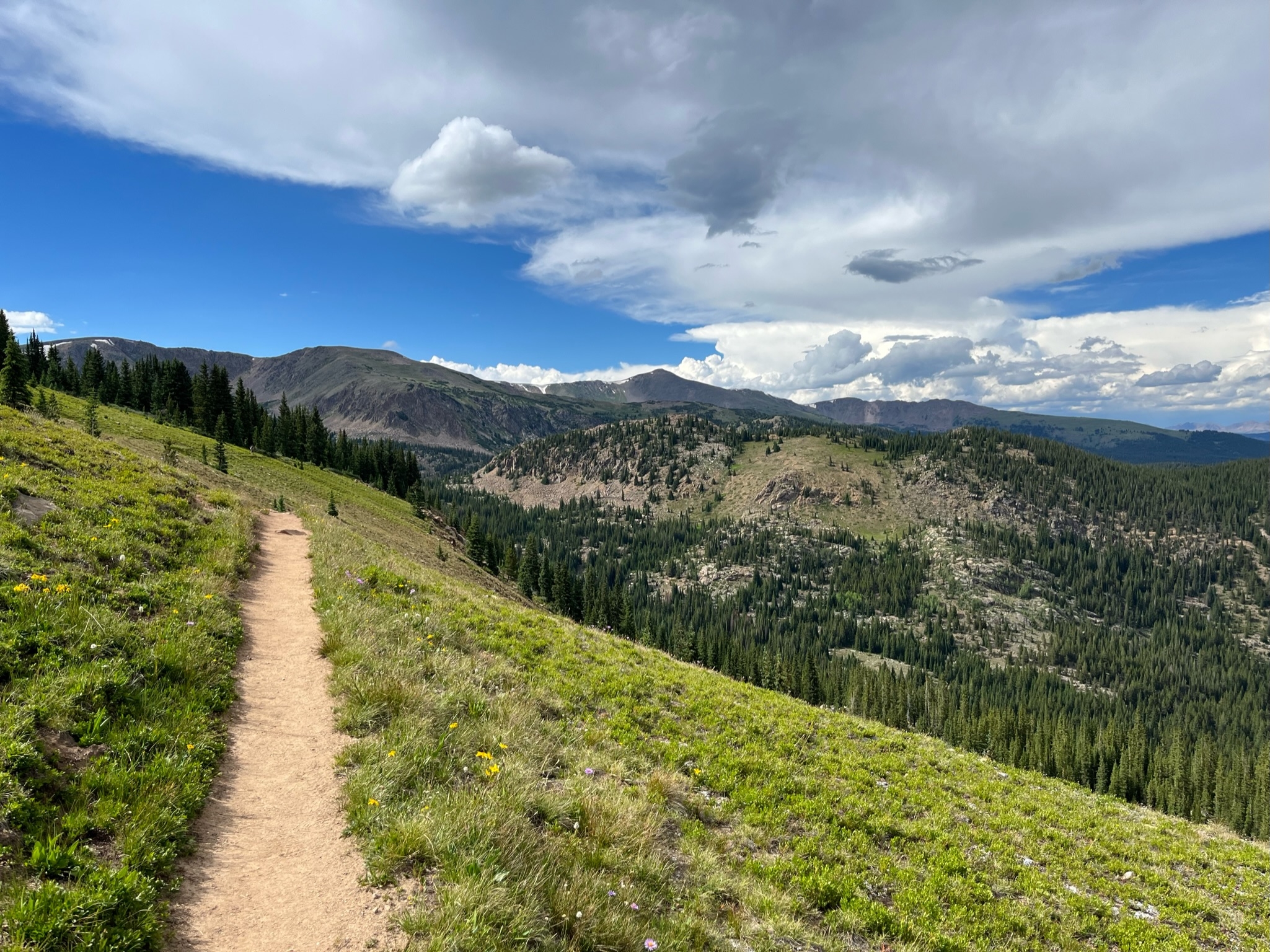