Colorado Trail: Salida, I love you. 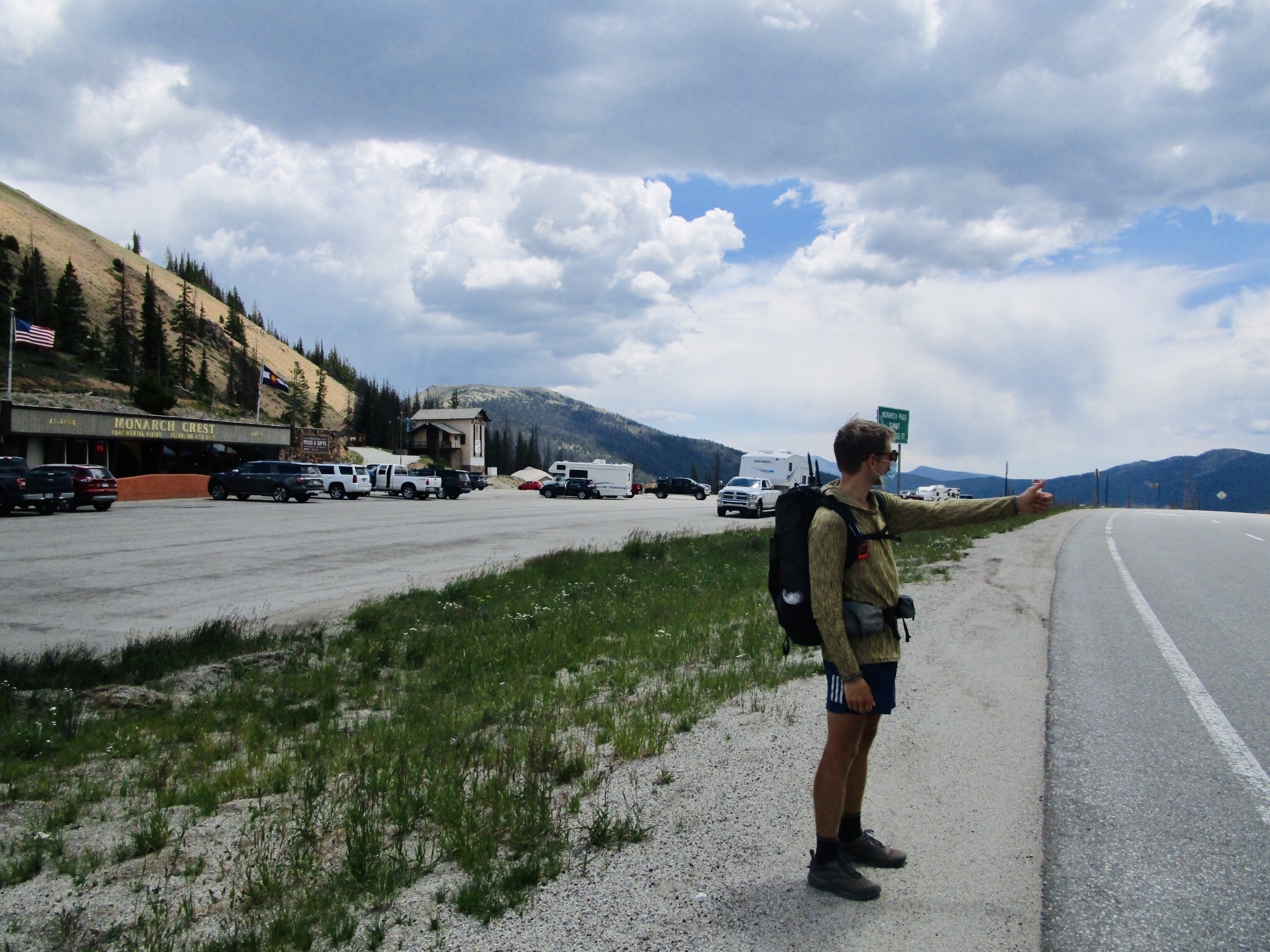 I relish the epicurean sense of indulgence that follows deprivation and asceticism. Backpacking is gratifying, intensely introspective, and demanding on many different levels. It is relieving to counterbalance that mode of being with moments of playfulness or outright hedonism. To live, however briefly, among the wild things in rugged places outside society’s purview can provide a tremendous release. To escape the pressures of your own performance, others’ preconceptions, and encounter a new version of yourself.

Salida sits on a plain circumscribed by three separate mountain ranges: Sangre de Cristo, Mosquito, and Sawatch. The easy access to trails and elevation gain attracts a plethora of mountain bikers while the Arkansas River, which surges straight through the heart of town, attracts whitewater enthusiasts. Even during the summer of 2020, the eclectic storefronts and local establishments hummed with the energy every small town hopes to inspire. The descriptor that comes to mind is groovy. Salida, I decided, was one groovy, funky, rad little town.

Brian, who had recently been renamed Big Spork, had arrived in Salida almost a full day before Matt and I.

“What have you been doing?” I inquired.

“Well, I met these river guides and I camped out with them. They are, like, some of the coolest people I’ve ever met. Anyways, they took me on a rafting trip with them. We ate some mushrooms and I, like, fell in love with the river and with this place and…I think I live here now. Yeah, I think I might stay here.” 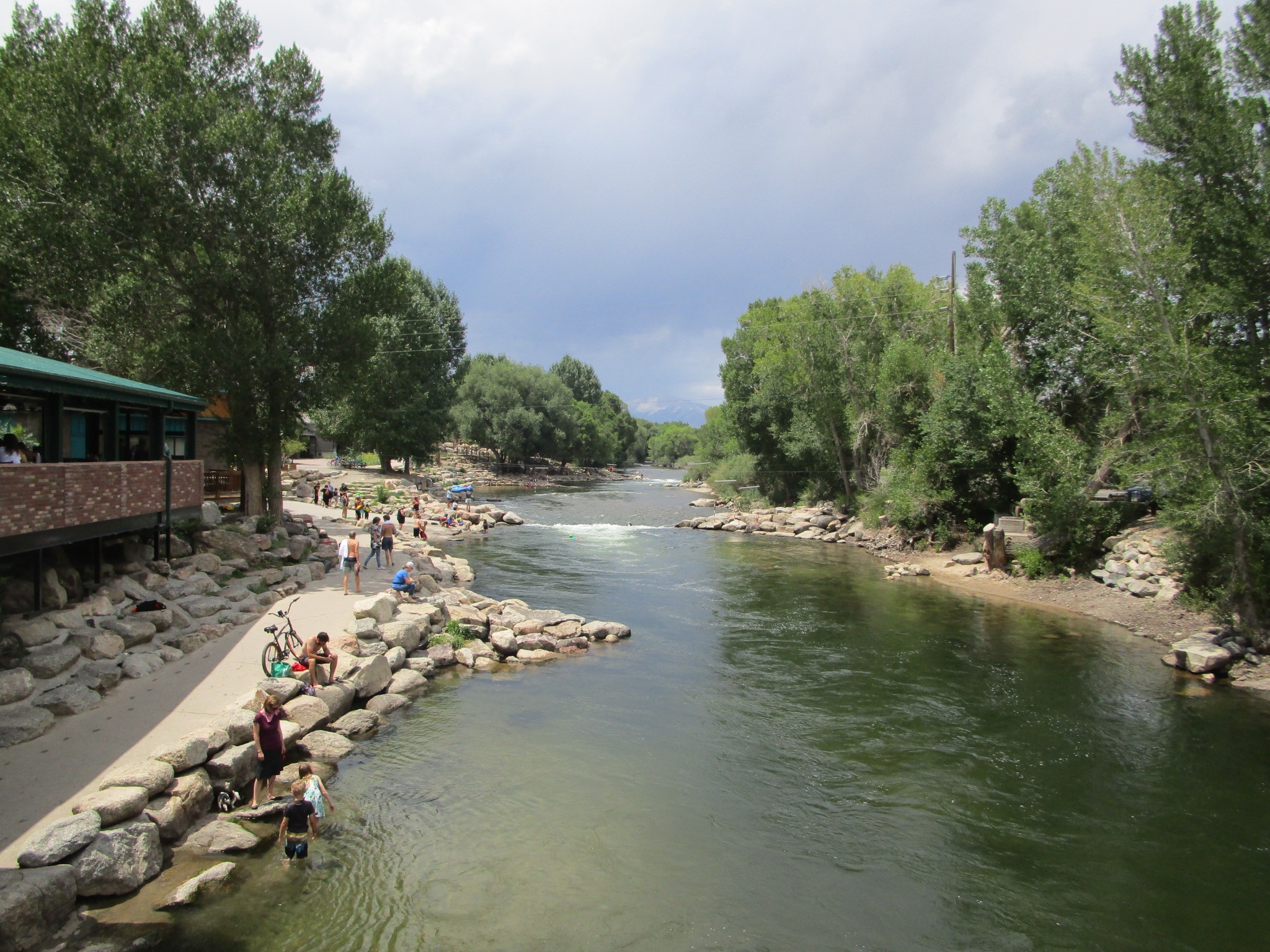 A hostel called Simple Lodge became our base of operations for chores and mingling. Simple hosted a variety of dirtbag guests and I felt incredibly appreciative for the liberal gathering space it offered for nomads, seasonal workers, and wanderers. There were all sorts of thoughtful touches from loner clothes to a hiker box of communal food items. I cannot overstate how important establishments like this are for backpackers and anyone who wants to access the outdoors in a way that is not cost prohibitive. Curly haired K had made her way there along with cobalt-eyed Chomp who strummed skillfully at a guitar in the corner.

As I sat in the common area, my phone vibrated with an incoming message from Matt who was seated across the room from me. My eyebrows raised reflexively, our eyes locked for an instant, and I read: I’m going to tie you up tonight. A devious smile wound up the corners of my pursued lips as I felt anticipation rousing my pulse, my breath, and my dilated pupils. It would have to wait. I was wolfish with hunger.

The next morning, I sat beside the Arkansas river as white feathered tuffs rained down from on high as though everyone in Salida had made dandelion wishes all at once. Chomp had just received a job offer in Alaska with the Jesuit Volunteer Corps and he needed to leave the trail immediately. I drank my coffee, stared into the rushing river, and thought about his situation. I contemplated how unexpectedly things–jobs, people, tragedies–arise in our paths and consequently redirect our courses. I was afraid, and perhaps secretly hopeful, that Matt and I’s courses were changing. That we were falling into orbit with one another. Though neither of us had acknowledged the possibility that our trail-bound fling might be anything more than that.

Matt, K, Chomp and I spent Chomp’s last day on the Colorado Trail romping around Salida like the dirty, blissful dirtbags we were at that time. We donned life vests, a publicly provided amenity, and threw ourselves into the water to gleefully flail through the rapids. After drying out on the grassy riverbank, I walked to a nearby thrift shop called Ruby Blues. Even though I couldn’t afford to carry unessential items, I longed for a costume change from my olive green compression shorts and gray sun hoodie.

At Ruby Blues, I found a gorgeous scarlet flapper dress with ornate beadwork and tassels. Hanging on the rack, it seemed absurdly high-end for my purposes, but it fit me like a glove. I changed into the dress immediately, unconcerned with the fact that I was still wearing dirty trail runners and a buff which doubled as my facemask. I waltzed out of Ruby Blues feeling the way I would when I was a little girl playing dress up. Even if I looked ridiculous, I didn’t need an occasion to feel elegant and ostentatious. I was young, healthy, alive. What more reason did I need to celebrate?

As I headed back to the river to meet my friends, I passed by a young girl–maybe 8 or 9 years old–walking down the street with her father. Her steps halted as she looked me up and down with an approving expression that read, “Nice.” That interaction was all the validation I needed.

But when I reached the group, Matt’s astonished reaction was even more pleasing.

“Look at you!” He exclaimed, nearly tripping over himself as he rushed over to envelop me.

His gaze was glittering with something like adoration and affection. As though the sight of me in my red dress brought him such sincere delight he couldn’t keep from laughing. I was elated by his reaction, a little sheepish, and stunned that he would gush so effusively over me in front of our friends and fellow hikers. If anyone wondered about our feelings for one another, Matt resolved their curiosities when he sauntered up to me, twirled me on his finger, and clutched my waist like I was his prom date. I sense Chomp politely averting his eyes while K’s rolled to the back of her head.

When I left Salida, I had planned to leave the dress in the hiker box so that someone else might enjoy it. But early the next morning, Matt took the dress to the post office and mailed it home for me. He wanted me to keep it. To wear it and perhaps be reminded of those blissful couple of days in Salida. He returned to the Simple Lodge with bagels and coffee which he offered to me while I was still supine in bed. His generosity and thoughtfulness had a strange, overwhelming effect on me. Like his reaction to me when I arrived in my flapper dress, I was grateful yet oddly wracked with guilt. I felt an intense urge to apologize even as I struggled to locate the source of my remorse.

I think I felt uncomfortable accepting his kindness because I felt uncomfortable expressing, or even accepting, my own needs. Besides, in my experience, such generous gestures are rarely given freely. They are usually accompanied, however subconsciously, by the expectation of reciprocity. I felt embarrassed that Matt had extended himself on my behalf, even in that small and inconsequential capacity. The impulse to apologize for myself plagued my thoughts as I packed my backpack and readied myself to return to the trail.

Someone at Simple offered us a ride. We popped out on the pavement at Monarch pass and went immediately to the opening in the trees that we had exited a couple days prior. We walked for about forty minutes before we realized we were going north instead of south. After two miles in the wrong direction, we grudgingly turned around, and I sensed Matt’s mounting aggravation. Heard it in his breathing and the way his feet crunched aggressively over the earth.

After a few minutes of stiff silence Matt abruptly asked me, “To what extent is your attraction to me about me and not about your need to prove to yourself you could have me?”

I stopped walking, struck with a hideous pain. My already anxious mind began spiraling inward and downward, rethinking the things I had said and done. Truthfully, it was a poignant and difficult question.

There was a stretch of time where I would throw myself recklessly into affairs with improbable endings. I gamefully chased down one hopeless tryst after another. The more ill-fated, the better. I’d drive across the country, craft the loveliest letters, and materialize adventures to win affection and distract myself from myself. I wound each intimate encounter into a glittering garland of union and yearning, though lacking in love and sincerity. Although, I loved who I was when I was falling haphazardly into love, even and especially a false iteration of love.

My field of vision would fill with the most alluring qualities in my lover’s possession. Attraction made me curious, dauntless, and invincible. Enticing fascination, becoming someone else’s fixation, nursed my mania. My talent for seduction nourished some source of power that I found intoxicating and indispensable. Am I cruel for admitting that?

What did Matt want me to say? That my attraction to him was incorruptible against my own egoism? That what I felt for him was noble and selfless? Did I owe him that? Did I owe him any explanation at all?

“I don’t know,” I admitted. The sting of impending tears throbbed behind my eyes and radiated to my temples. I fixed my gaze on the motionless tops of nearby ponderosas, wondering at their serene upward steeples. Weighed down by the gravity of defeat, I sat down in the dirt. “How is anyone supposed to know something like that?”

Matt moved to sit behind me and gently guided my shoulders backward to rest on his knees. Even in his confrontation, he managed to be exceedingly considerate whereas I felt myself growing cold. Retreating.

“I’m sorry,” he offered, “I know that isn’t a fair question, it’s just…what do you want here?”

Sometimes it feels easier to have conversations like these when you’re not faced with someone directly. Driver and passenger staring into the windshield. Walking side by side or even single file. I appreciated that I couldn’t see Matt’s face. That mine was hidden from his probing blue gaze.

“I like you. I…like the way you think. I mean, the way you search for beauty everywhere you turn. I like the sound of your voice. I like your company which feels…peaceful. But yeah, I wanted you to want me.”

We sat there in silence for a while before we both stood up and started walking again. Not satisfied but pacified, Matt moved on.