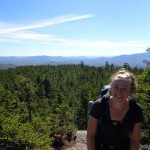 Tested by Snow on the CDT Through the San Juans

The San Juan Mountains were intense, beautiful, frustrating, rewarding, difficult, and awesome. They were somehow both exactly what I expected and nothing like I expected. 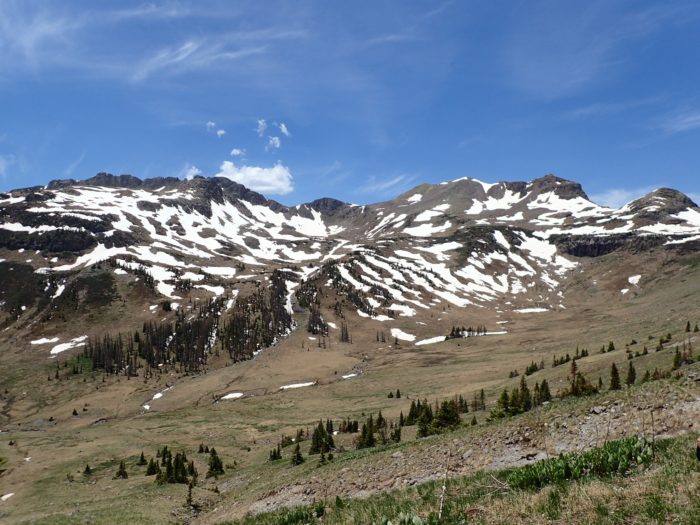 The San Juans are to a CDT NOBO what the High Sierra are for a PCT NOBO. They are our first real high altitude mountains, it’s still early enough for significant snowpack, and the section is considered one of the highlights of the trail. At the same time, the trail can be challenging and dangerous, especially in years with significant snow. 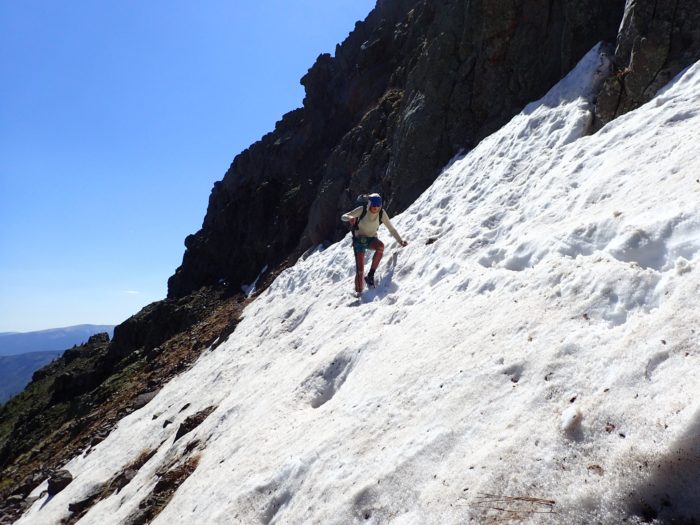 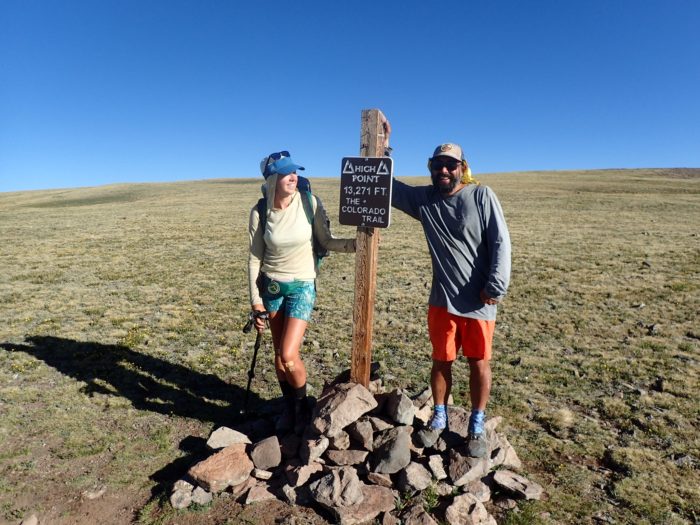 We left Chama on June 4 and entered the San Juans. We climbed up over 12,000 feet in elevation on the first day, enjoying the views of the many mountain peaks all around us. Snow patches were intermittent and not difficult, but the ground was still saturated from all the snowmelt. By the afternoon on the second day, the terrain became steeper and the snow traverses more difficult. Postholing became the main challenge as we worked our way down and across numerous small traverses of soft snow. They were challenging but not too difficult, and we didn’t use our ice axes or Microspikes. 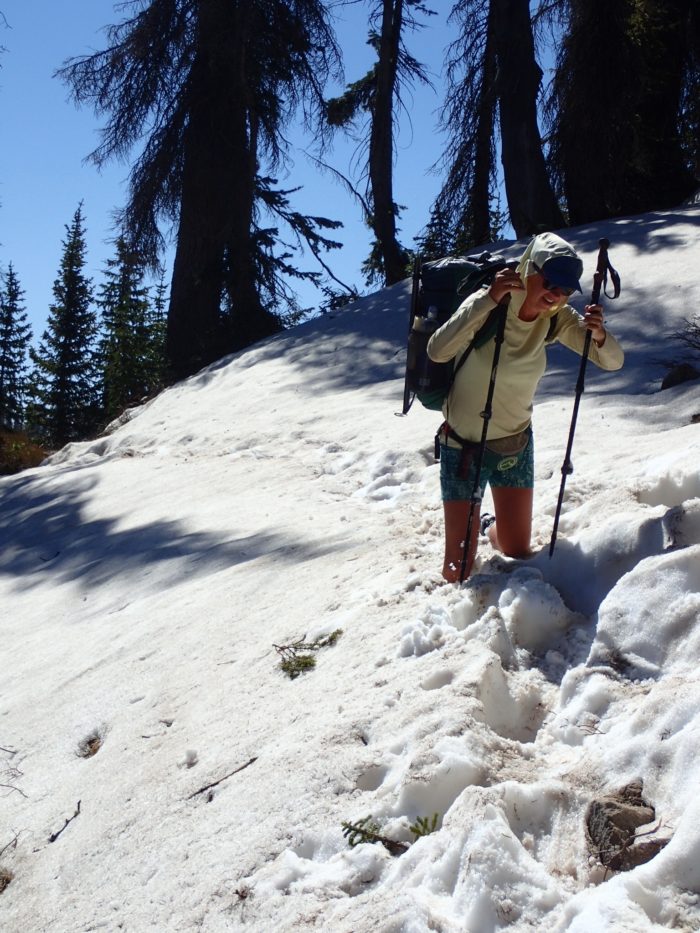 Our third day proved to be our most challenging and intense day of the section. About halfway across a steep traverse, a couple was coming back toward us, visibly shaken and too scared to proceed. The angle of the snow was too steep to see where the trail went from our vantage point, but we turned back with them to solid ground to look for a different route. We found a higher route, still a steep traverse but a seemingly safer run-out. Piñata and I offered to go first and cut some steps. It wasn’t long before we realized we’d made a mistake. On the steep, mashed potato slope it was impossible to cut steps to hold our weight. Progress was slow and tiring, and eventually I had to self-arrest a couple times until I could turn over and glissade the rest of the way down. Piñata did a little better than I did, but at the bottom we were both numb, bruised, and bleeding. Not only that, but we’d wasted nearly an hour, and the trail that we’d avoided didn’t even look that hard. We learned a lesson about taking a look for ourselves, but also that a trail with steps already well cut into it is usually the best way to go. I also gained a little extra appreciation for my ice axe. 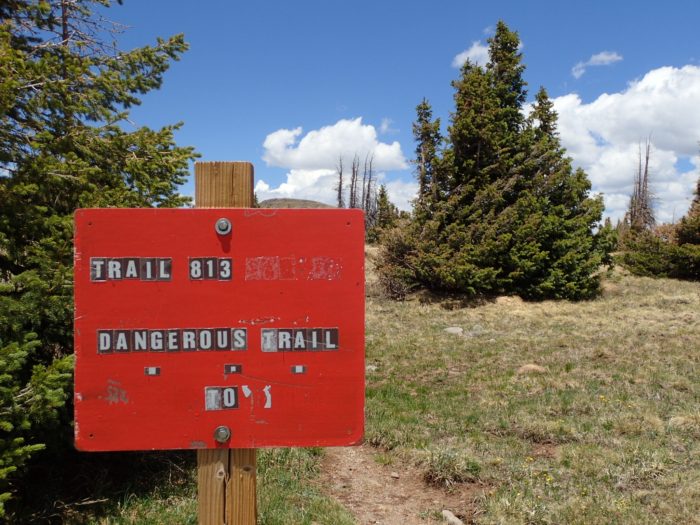 The day remained difficult. Not because of snow, but because of the trail. Blowdowns were everywhere, sometimes in piles. We climbed over, under, and around dozens of trees on oftentimes steep terrain. Other times we were above the treeline, high up on narrow, eroding ridges clinging to the side of a slope so steep that a simple slip could have deadly consequences. These ridges went on for miles as we got blasted by gusting winds. I’m sure the views were great, but I was too nervous to look up. When we finally found a spot to stop and eat lunch, I cried. I think this is the first time a trail has brought me to tears, but the CDT has done it. After a break and some food I felt much better, and we pushed on through a few more sketchy ridge walks to make it to the road to Pagosa Springs. 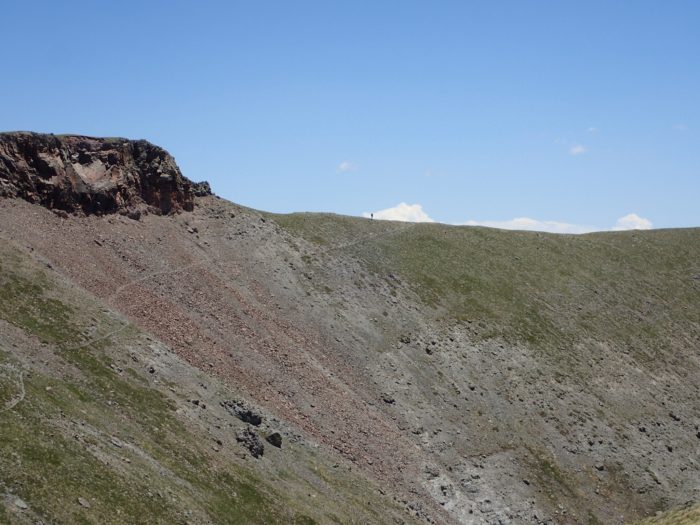 The mountains remained challenging through the Weminuche Wilderness, but we found this section slightly easier than the South San Juans. Blowdowns and overgrown trail remained a common occurrence, and the ups and downs were ruthless. The trail rarely dropped below 11,000 feet, and we climbed over 12,000 feet multiple times each day. We had many exposed high ridge walks with gusting winds and amazing views. 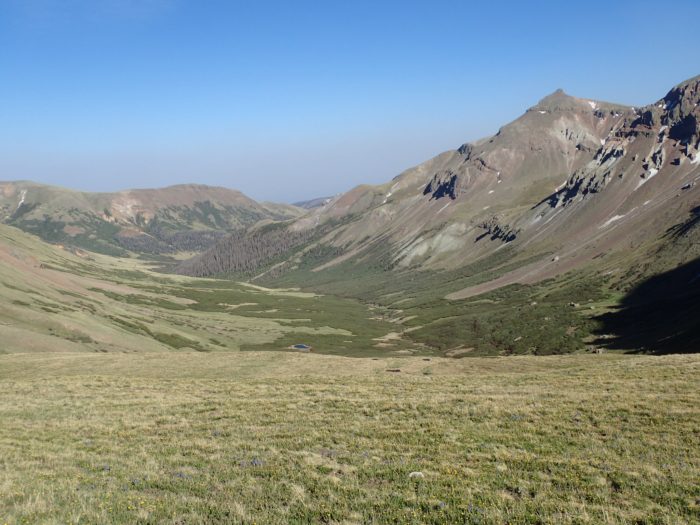 The only significant snow during this segment was along a section called the Knife’s Edge. We were nervous about how hard the steep slope would be, but found the snow segments not incredibly difficult. The trail itself was less exposed and not as “knife-edgy” than a lot of what we’d already done in these mountains.

On our fourth day in this section, we were walking through smoky skies with ash raining down on us. We wondered how far away the wildfire was, and hoped it wouldn’t affect our hike. Fortunately, the air cleared the next morning. However, the day we got to town we found out the forest behind us was closing. We made it through just in time. 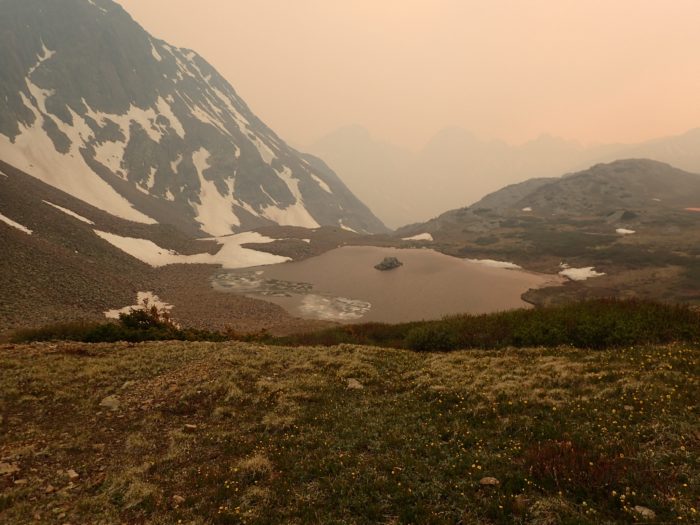 By day five, we joined the Colorado Trail. We still had tons of steep ups and downs to do, but the trail was less overgrown and better maintained, allowing us to move a little faster than the past few days. The trail took us to our highest point yet, at 13,271 feet, before dropping down to Lake City. We took a zero in town to rest and recuperate from this demanding section of trail. 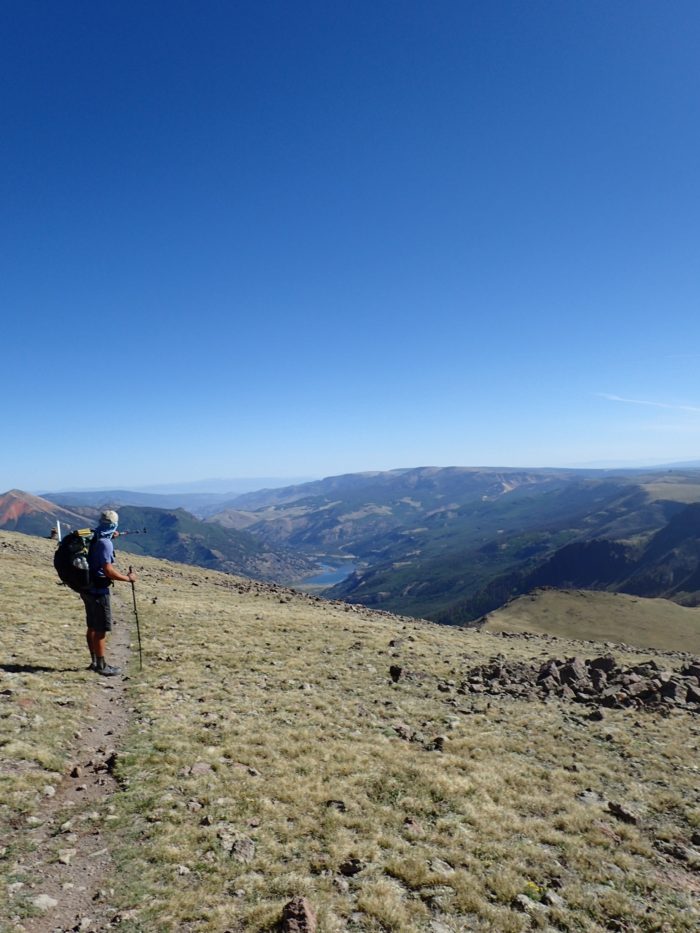 In the end, I think I enjoyed the San Juans less than most, mainly because I was in pain most of the time. My glissade and self-arrest in the early portion left me sore and with limited range of motion, particularly in my left leg. It just made the views less enjoyable and the climbs less satisfying. However, getting through a mentally and physically tough section is still a rewarding and satisfying experience. I already notice I am more confident on exposed traverses and on steep snow. Now that we’ve made it through this section my body feels stronger and less sore. Piñata and I both really feel like we’ve hit our stride lately. We’re excited for the rest of Colorado.