The night before leaving for the CDT, I struggled to get everything done.

I hadn’t sorted food into my resupply boxes, let alone actually put all the things I planned to bring in one place.

I spent time saying goodbye to friends, and got home at 9 p.m. to have a last home-cooked meal. My mom made spaghetti and meatballs in honor of my trail name. After dinner I got down to business packing and putting all my boxes in order, including extra food and a box of “maybe” items. (Extra gear, hiking clothes, spare journals, and so on.) 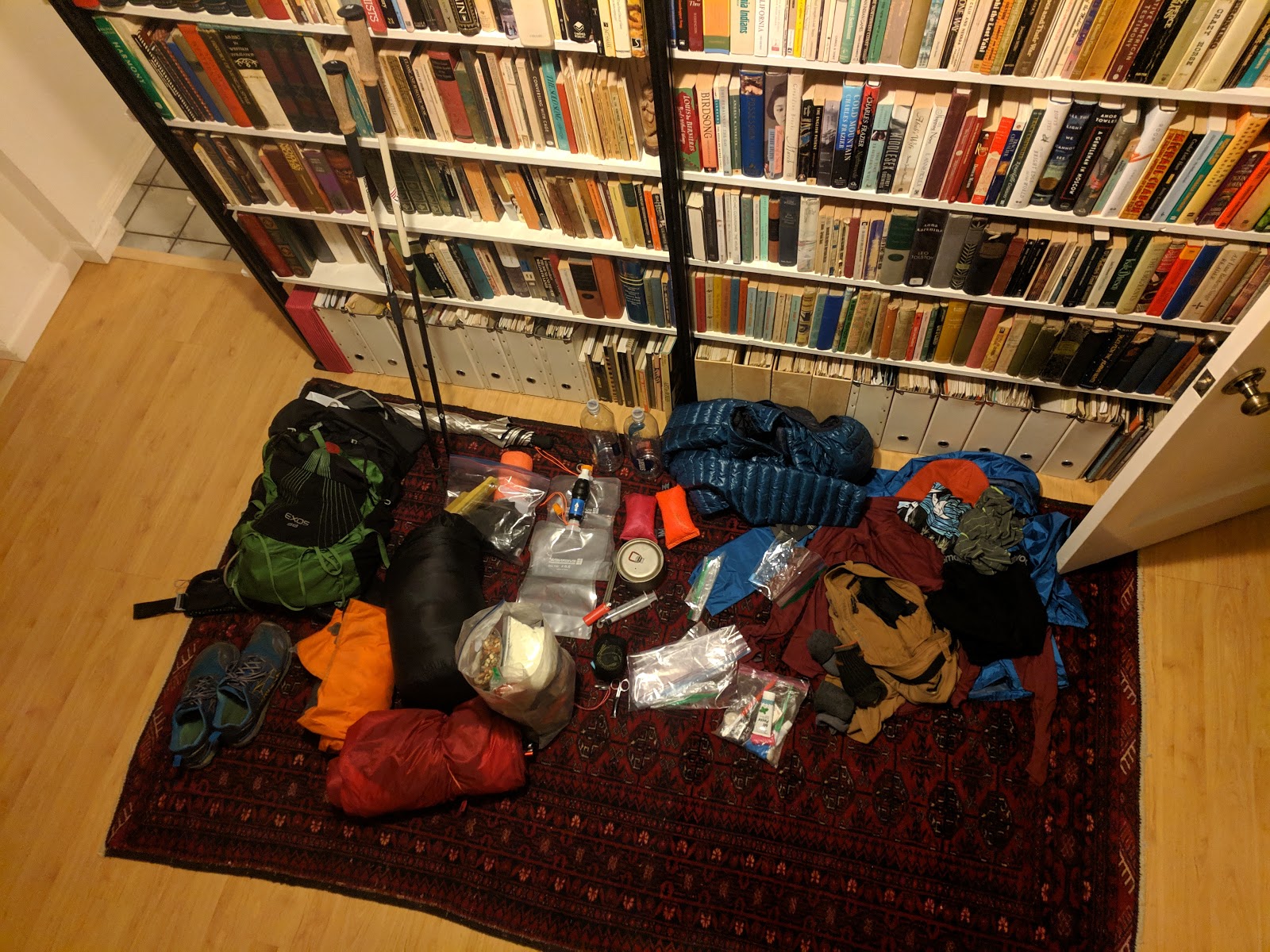 Josh, being a more together human than I am, had all his stuff in a pile by midnight.

At 3 a.m., on no sleep, I kissed my dog goodbye and my boyfriend, Josh, and I got in the car to drive to the airport.

After two plane rides, a Greyhound delayed by two hours, and a night at the EconoLodge, we were finally on the shuttle to Crazy Cook. A guy named Ray drove us down in a white truck along with three other hikers. About halfway there one of the hikers in the back asked if people were nervous.

“Yeah, a little. How about you?” replied another.

After he said that we all laughed, and started to loosen up and talk more. At the trailhead we took each other’s pictures, but I forgot to get one of just me with my pack on my back. My only CDT regret so far.

I had plenty of butterflies in my stomach, but I put my hat on my head, extended my trekking poles, and headed out west into the Bootheel.

The first day took Josh and me from CDT sign to sign through the flats for a while. Then we walked along a wash for a few miles to the first water cache, kindly provided by the CDTC along with our shuttle fees. After Gatorade and a snack, a good long shoes-off break, we decided to do a couple more miles before setting up camp.

It had been so windy all day that the best place we could find was a deep and narrow dry streambed. Eighty mph gusts shook the tent and nearby trees as we fell asleep. In the morning it seemed like everything was broken: a carbon tent stake had snapped, there was a tiny rip in the bottom of our tent, a mouse chewed through a guy line, and also took some chunks out of the cork handles of Josh’s trekking poles! Might as well have shit break sooner than later.

The next section was mostly cross-country. Wooden posts held up by rock piles marked the route, but were connected only by occasional use trails. Between each post Josh and I would wander, simultaneously scanning the horizon and watching where we stepped to avoid snakes and thorny bushes. Soon enough we’d find another use trail that would take us to another post. 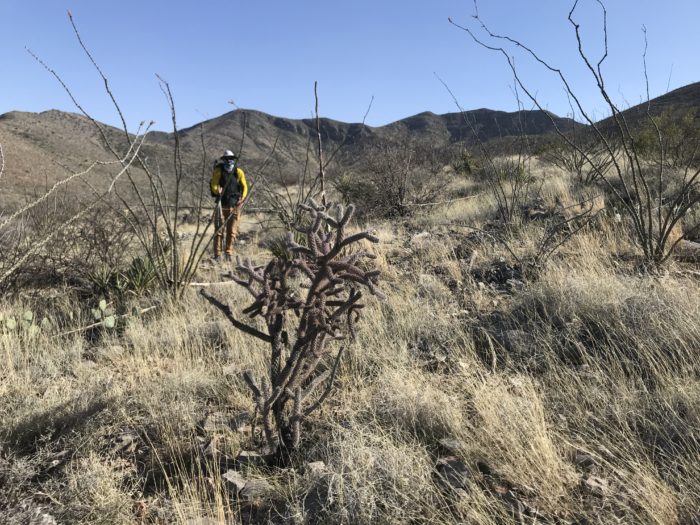 Going on a wooden post hunt! And when we find one, we’re gonna prop it back up and put a white rock on top, if it doesn’t have one already.

Through the rest of the Bootheel’s 85 miles we walked mostly from sign to sign, sometimes with solid trails for a couple of miles. We spent plenty of time walking along, not sure where we were going, before we’d give up and check Guthook.

In a way it was freeing: I could look at the larger area map in the morning and know that we were just going to walk toward the Pyramid Mountains for a few miles.

It didn’t matter if we missed a few CDT signs on the way; we’d get there just the same.

On our third day, Josh and I made our first alternate. We linked together some dirt roads to go check out the ghost town of Old Hachita. We explored old mines, machinery, and found a number of unfilled and unfenced (!!) gaping holes in the ground. It was a cloudy day and the cross-country mile we did to get back to the official trail went quickly. 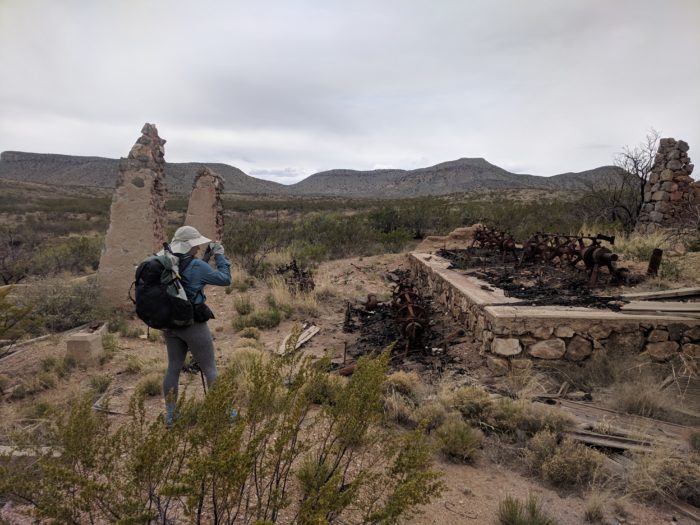 While it seems like the majority of plants are spiky, thorny, and generally out to get me, there have been lots of tough little wildflowers. And when I’m not watching my feet for flowers and cacti, when the dirt road is wide and even, the views are wide under the bright blue sky.