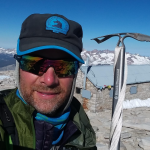 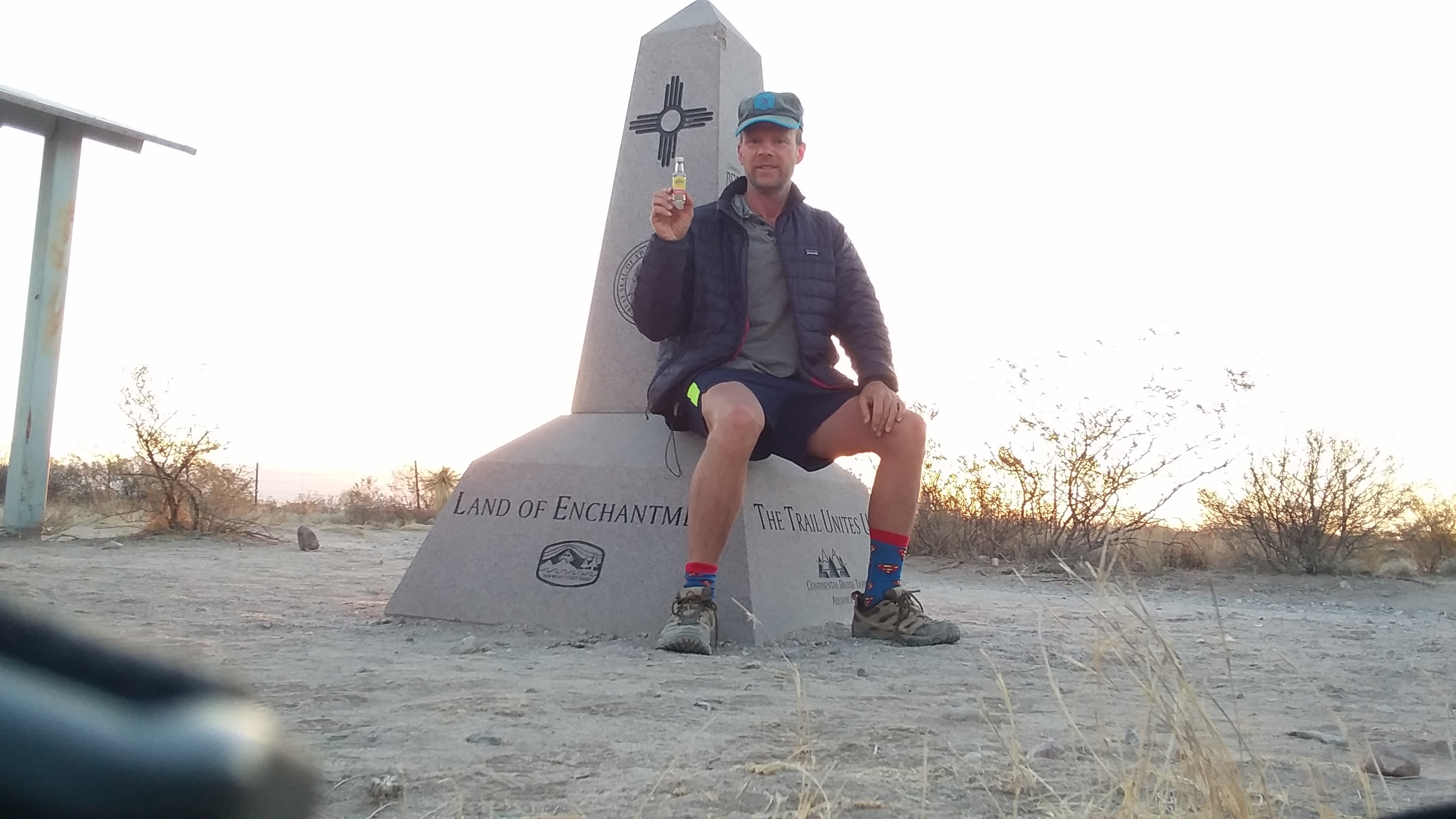 Choose Your Own Adventure

After a plane and a bus ride, I had arrived in Lordsburg, NM. The Econo Lodge hotel had a shuttle to the to the southern terminus. But it was going down in four days. My impatience led me to try and hitchhike. After a failed hour I went back to the hotel. They said I could hike south and the shuttle would pick me up on the Mexican border and bring me back to my starting point.

And so began my journey. Late in the afternoon my shoes started through the desert sands toward the border. I passed by a water cache and took nothing. “Surely there will be plenty of water,” I thought.

15 miles in I set up my tent. It was difficult clearing the prickly things out of the way of my tent. I was physically exhausted from sleeping in airports but the anticipation of the great journey kept me from getting a good night’s sleep.

The sun was my alarm clock. I wasted no time. After letting out the air in my mattress I packed up my things and continued South.

As I entered Coyote Hills I met some thru-hikers going north. They told me about water caches and when I got to the next one I loaded up 3 l. There were cattle drinking from cow troughs. I looked at the water quality and was glad to have the water caches. It was full of green algae and it was gross.

I continued on until after sunset. Using my headlamp I tried to find my way but kept getting lost. In the rocks I could see these little shiny lights. So I got really close and could see they were big brown spider eyes. After finding a clearing I checked for spiders and put everything inside my tent for the night.

The landscape became broad between mountains. Super tall dirt devils spun up into the sky. The desert floor had flowering cactuses of reds and yellows. Jack rabbits with tall ears where too fast for my camera to catch.

I found myself drinking more water then I had ever drank before during the day. Up to a gallon a day now.

Got lost along side the mountain several times. The posts were in cairns but half of them had fallin down.

I climbed through loose gravel into the mountains and out the other side until I could see Mexico in the distance. It was in the 90s and the slight breeze was the only comfort against the heat. There was no shade from the intense sun. Luckily I came to a water cache a mile from the southern terminus. I drank all I could and packed up what I could. When I finally reached the southern terminus I celebrated drinking a shot of tequila that I had brought with. I slept under the shelter and waited and hoped for my morning shuttle as I gazed into Mexico. 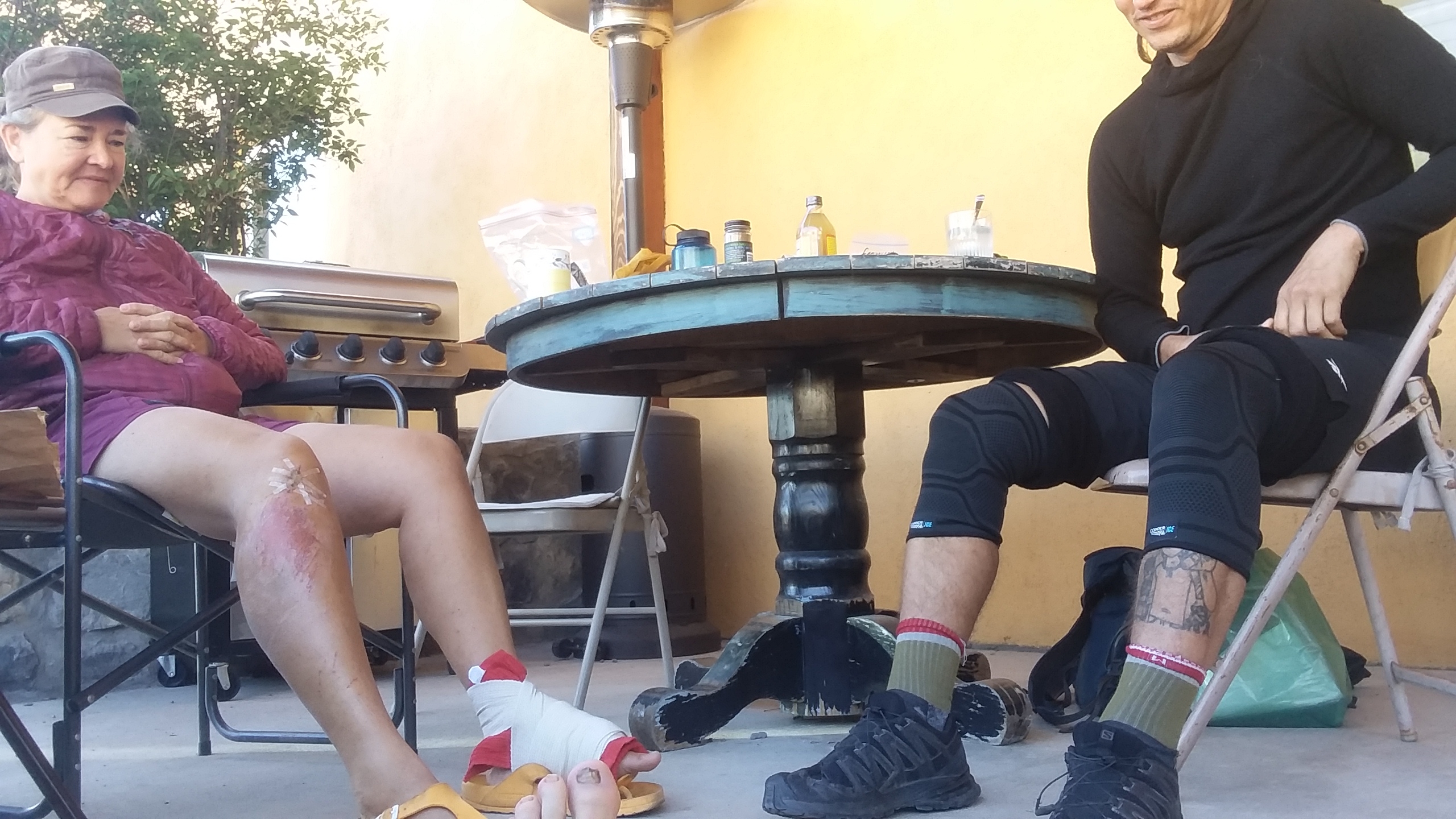 My shuttle arrived at about 10 am to my relief. There is no one with him. He said that they had to cancel but he still picked me up. On the drive out we saw eight people dressed in black fur crossing over the border into the US. I could not understand how they could where that in the heat. I helped the shuttle driver refill the water caches on the way back to Lordsburg.

Once I was back in Lordsburg I continued northbound. I resupplied at the grocery store and went to the library to charge my phone. I walked through the night into the Gila National Forest and camped under the pine trees.

My body fell into the new swing of my life. Wake up, hike, look for water, eat, sleep, repeat.

I saw a cool snake yellow and black moving his head from side to side. I saw a dog size black pig with a baby come out of a culvert. The baby went back in and the bigger one stared at me and slowly made a circle about 20 yards around me then disappeared into the forest.

That night I slept with one trekking pole in my tent. My only weapon against wild creatures of the night.

I hiked into Silver City, NM. Stopping at the Triple Crown hostel I met up with some cool thru-hikers beat up from the trail.  While I charged my phone, I borrowed a bike to go to Walmart to resupply.

I hiked out taking the Gila River alternate. A had heard great things about hiking through the river. Also the interesting Native American Cliff Dwellings and Hot Springs.

I didn’t quite make it into the river valley that night. So I slept in the high altitude of the trees.