The US Forest Service has issued closures of four New Mexico national forests, including sections of the Continental Divide Trail, in response to extreme fire danger. Forest closures went into effect at eight a.m. on Thursday, May 17th in Cibola, Carson, and Santa Fe national forests. Meanwhile, Gila National Forest also announced an area closure on Thursday afternoon that includes a swath of the CDT.

All four orders will remain in effect until December 31st, 2022, or until rescinded, whichever comes first. Violators of the ban may face a $5,000 fine, up to six months in jail, or both.

The closures of Cibola, Santa Fe, and Carson National Forest affect over 170 discontinuous miles of the CDT:

Note that the 125 miles of closure between Santa Fe and Carson NF are continuous. The CDT crosses from Santa Fe into Carson NF at Rio Chama.

The area closure in Gila National Forest is more limited in scope. The CDT itself defines the eastern boundary of the closed area, and roughly 25 miles of the trail are closed between the intersections with Forest Trail 75 and Forest Trail 42.

The order was implemented to provide for public safety while firefighters work to control the Black Fire, a 90,000-acre that started last Friday, May 13th, and is currently 0% contained. According to Postholer.com, the Black Fire is burning the CDT itself around mile 245. 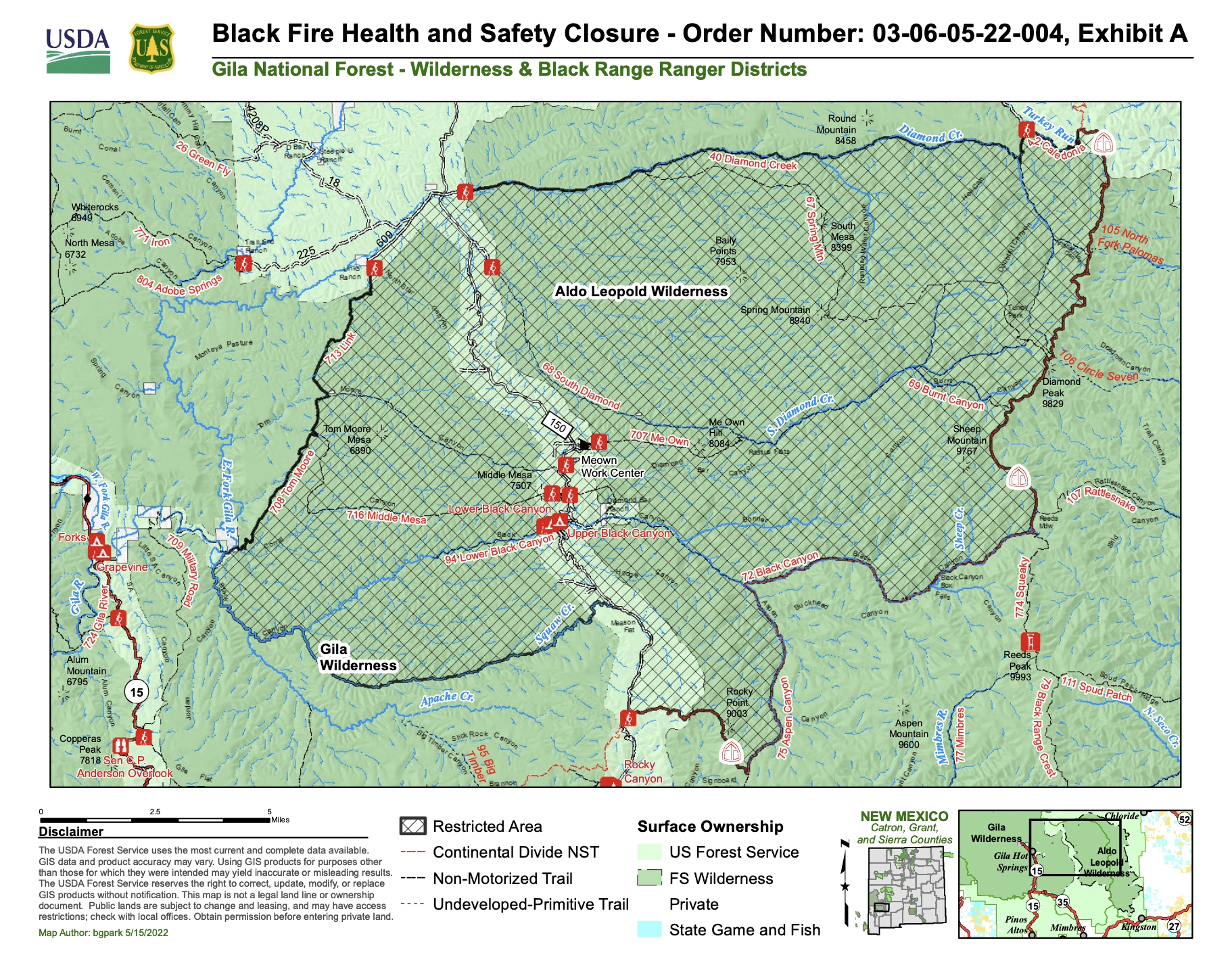 US Forest Service. The extent of the area closure in Gila National Forest. The CDT makes up the eastern edge of the closure.

The closures are likely to affect CDT thru-hikers and section hikers, who typically start hiking in New Mexico in April or early May. The Continental Divide Trail Coalition (CDTC) urged hikers to adjust their itineraries immediately.

“Your stewardship and adherence to fire regulations will help ensure the long-term health of the Continental Divide Trail and local communities,” CDTC wrote in a press release. “While we understand that these closures will be a disappointing and challenging time for the travelers who had hoped to traverse these areas, one of the key tenets to the CDTC experience is to remain flexible, adaptable and ready for unforeseen changes.”

Featured image: US Forest Service photo. Smoke rises from the Black Fire in Gila National Forest on May 16th.