The landscape has changed dramatically since the first 100 miles. Trees and mountains have appeared and hint at what’s to come. Reached the Gila River and made it to Doc Campbell’s Post for the first resupply out of Silver City. Here’s how the hike has been going.

After the cafe I moved to the university, where Trail Days was hosting talks. Sat in on a talk about the Oregon Desert Trail, which seemed to focus on the more remote aspects of trail experience. Met up with some other hikers and we decided to head to the brewery for food and libations. It was a merry night. Lots of dancing and drinking. It was a celebration of thru-hiker culture with the people who are on the frontiers.

Trail Days continued the following morning at a park where free camping was offered. I got up, did some yoga and waited around until the pancake breakfast that started off the festival of Trail Days. I was a bit less social as I was dehydrated and tired. Browsed some cool booths and met more cool people, hikers and townsfolk.

Felt pretty ready to move so I planned with some other hikers to get back to where we had all hitched up from. So the plan was set, but there was time to see Avengers: Endgame. What an experience! Got back to trail and felt immediate relief. Very quiet and relaxing after 24 hours of madness. 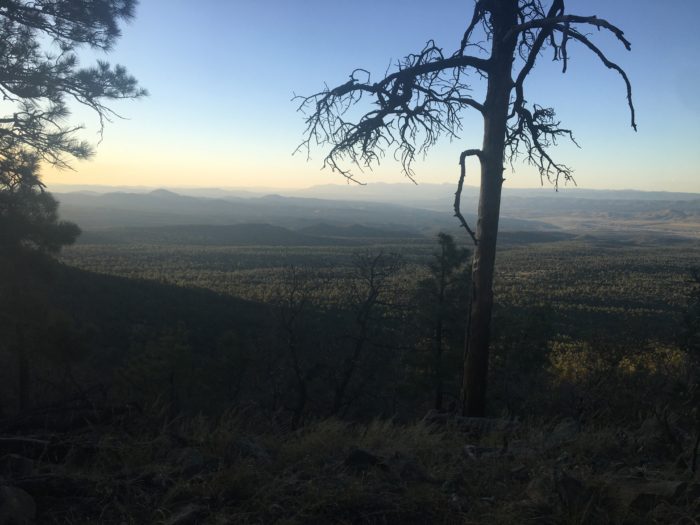 Had a wonderful climb in the evening after getting back on in the late afternoon. Great views at the top and started to see more and more trees. Something grounding about being surrounded by beings that are taller than me and also still. Made it to Burro Mountain Homestead for the evening. I walked into the ending of a karaoke night. Only three people left; I got two songs in before it ended.

Had a bathroom where I stayed, which was wonderful. After filling up on water and emptying the body I headed back out. Decided to hike the official route to where it meets a road walk into Silver City. It was a long water carry till a tank a mile before the road. Trees and shade made the beginning nice. But the latter part of the day fell into a dry creek bed that was wide enough to be exposed with no shade but narrow enough where there was no wind.

I made it to the road, tired and dehydrated. I decided to hitch into Silver City and pony up for a motel room. In the moment I wasn’t attached to walking the road. Asphalt hiking doesn’t appeal to me as much as trail. And Silver City is the last chance for a couple hundred miles to get at least AC. So the night was spent in softness and coolness.

Had a nice morning in Silver City. Resupplied with time and intention for the first time. Instead of having to last minute grab some things, I left equipped with strength and intent. Left town a bit after two. Walked a ways till I met a trail angel, Tim. He offered water and a ride to where the asphalt ended. I took him up on both partly because I wanted to socialize with him. He was a neat guy, a retired nurse from Oregon who came to New Mexico to plant gardens.

I started to feel like I was being a bit too soft on my self. Knowing, however, there would be time enough for hardness, I settled into just being OK with where I was. And where I was was beautiful.

Started on the Gila alternate, which cuts off roughly 200 miles of official trail. Most people take the alternate as there is much more water and an easier resupply option. But it would be awhile until I saw those plaques again. 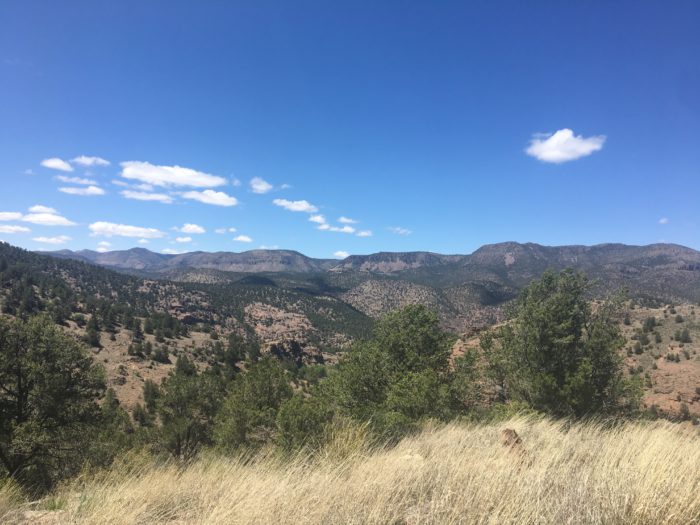 The hiking is beautiful. Ponderosa pine forest in mountainous landscape. A bit different than the Bootheel. Met two ultralight hikers, Salty and P-diddy, who were in the process of converting another hiker, Relentless. Chatting with them about the lifestyle got me a bit hungry for it. Ultralight gear is an investment, though, and my kit works well for me. Set my tent up a bit past the gentlemen and fell asleep to rain sporadically through the night.

Woke up and did some yoga. The fellas passed me but I caught up with them. Chatted for a while before pushing past them. Had a wonderful climb up to a pass with great views. I took a break at a water tank on the other side where the ultralighters caught me. Hiked with them down to the Gila, where we took a break. 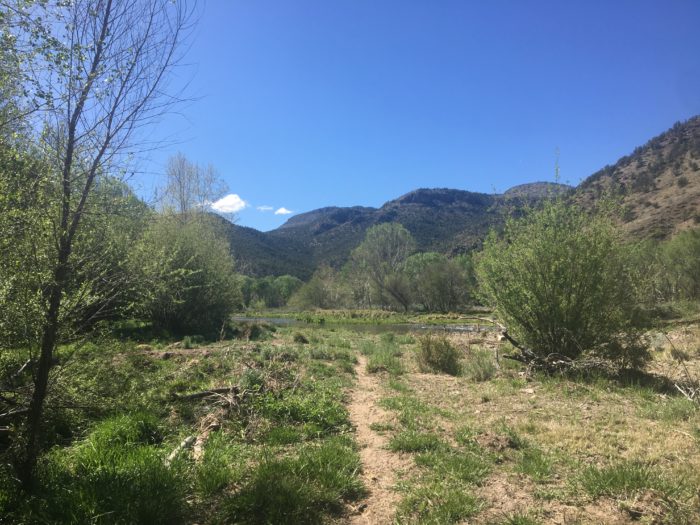 After taking the first plunge I pushed on. Following the Gila River as it cut through its own valley/canyon. It was beautiful. Full of life and color. Crossed the river maybe 30 times in that afternoon before deciding to stop. I forgot how tiring fording the river can be. Made it to a nice spot where the Gila sung me to sleep.

Woke up and waited for some sun to reach me. Didn’t have too many miles into Doc Campbell’s Post so took my time in the morning. Forded a few more times, which was cold in the morning. Walked through a burn area with some of the trees still smoldering. Got to Doc’s around noon and they opened a bit after. Resupplied from a box I had sent there and ate their famous homemade ice cream.

I will probably push on. There some cliff dwellings I would love to check out and a warm spring that I remember from last year. I find myself comparing myself to last year. I’ve already taken a different path so the precedent has been set that this is a completely different trail, that I’m a different person. It can be challenging, though, as I walk through the places I was, to walk through the person I was, all the people I have been. To accept and love them, while moving through and past them. Into someone free from anything and everything. As I push on to the next section, I feel open, strong, and ready to face what I need to face and experience all that I can experience.