Other hikers: “What do you do if the area you’re in has no trees for a hammock?” 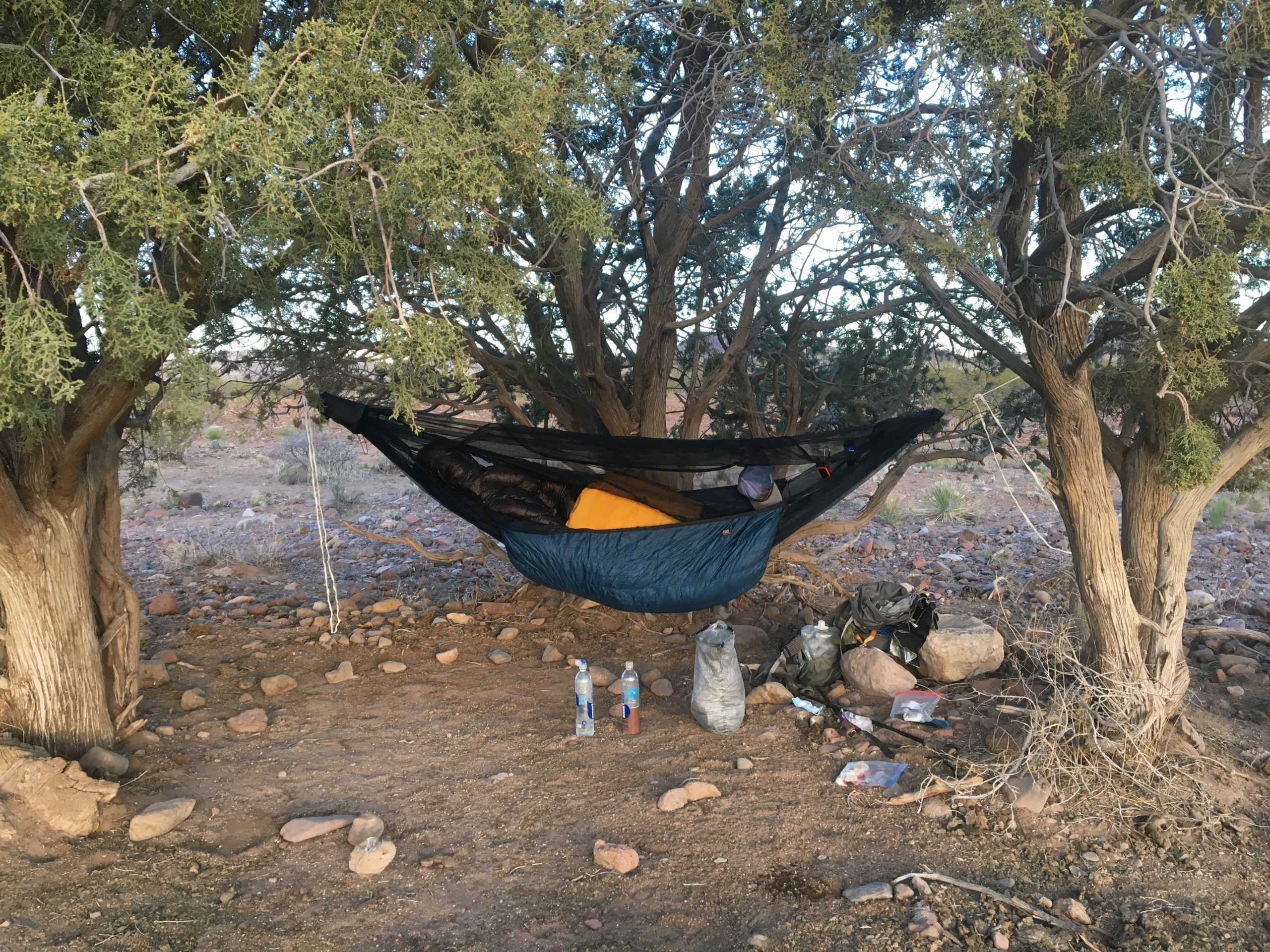 Secret hammock spot night two of CDT in the desert of New Mexico.

Out of the three trails that make up the famous Triple Crown of American hiking, the Continental Divide Trail (CDT), known for its epic views crossing exposed ridgelines, would seem to be the least possible to hammock camp of the three. But as I discovered firsthand on my 2021 CDT thru-hike, that is not exactly the case.

In this article, I’ll discuss my complete CDT hammock setup. But before we dive into the gear wormhole, let’s discuss a few common myths about hammock camping the CDT, along with my opinions of them as someone who actually did it. 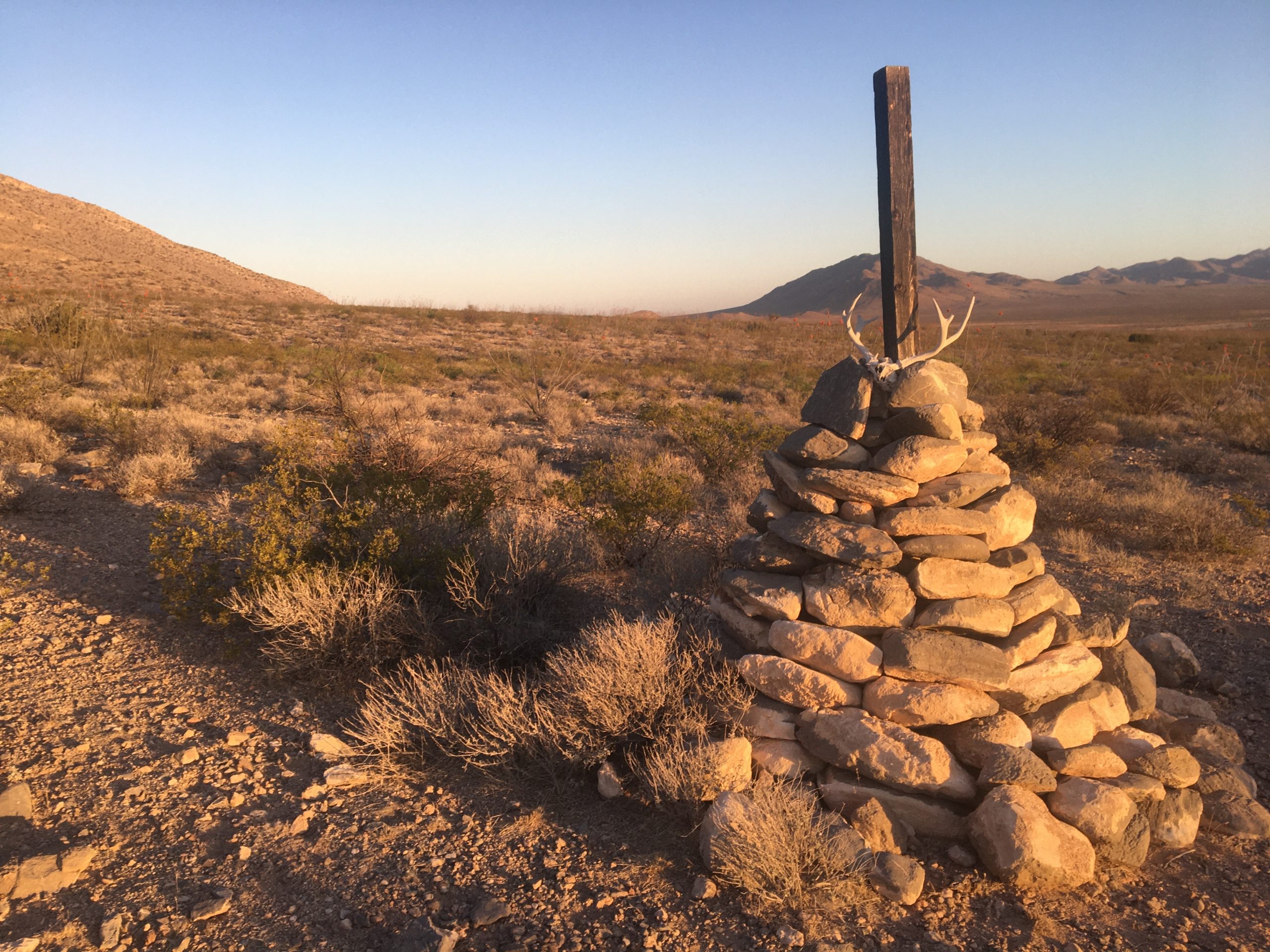 The desolately beautiful Bootheel section of the CDT in New Mexico.

Common Myths about Hammock Camping on the CDT Debunked

1. There are no trees suitable for hammock camping.

This may be the case in some areas (more on that below), but in my experience, as long as a thru-hiker is north of Silver City, New Mexico and not in the Desert Basin of Wyoming, there are at least a few options for not sleeping on the ground if you are willing to look. Being an experienced hammock camper helps with this task greatly. 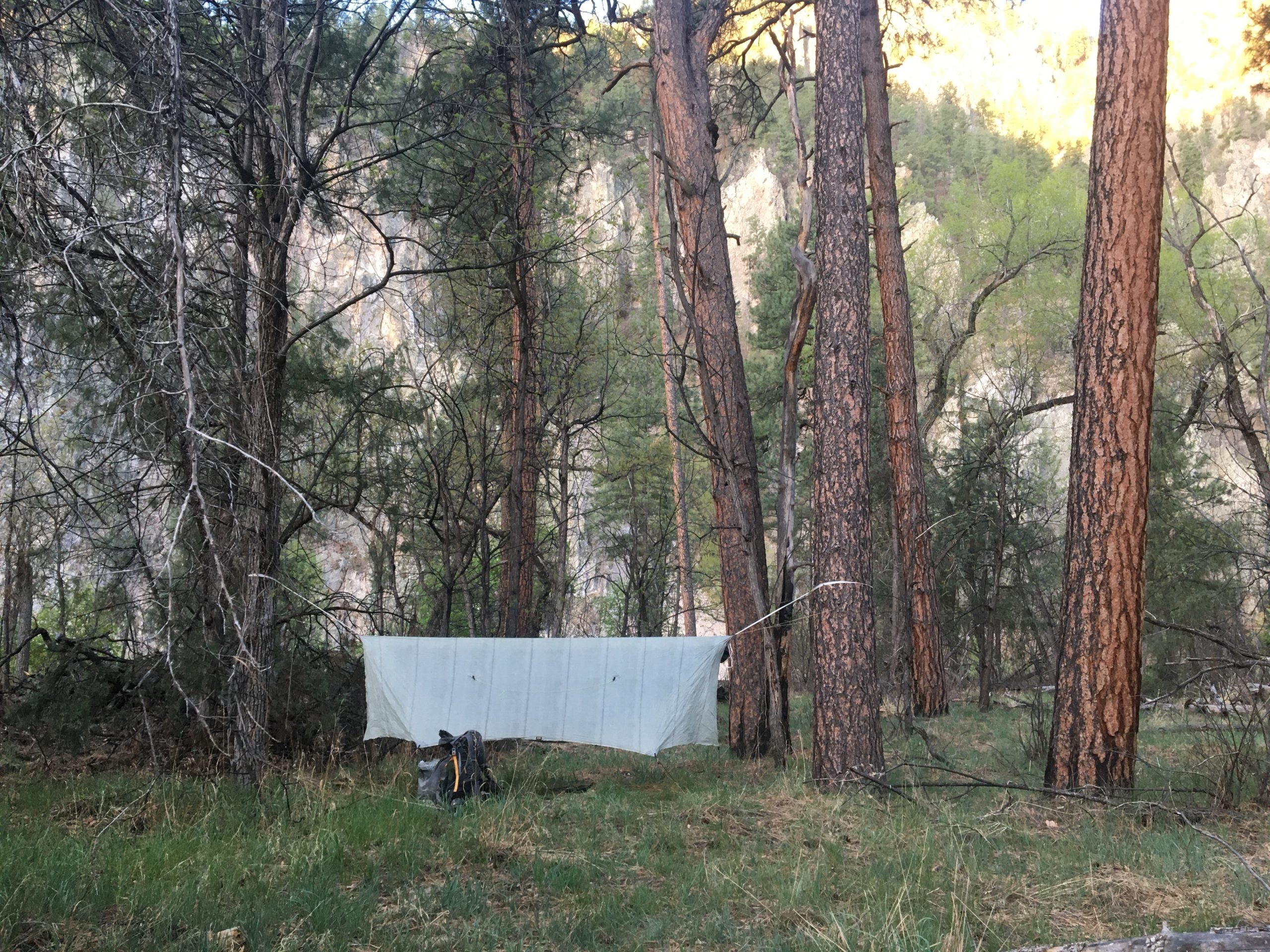 Hanging out on the Gila Alternate of the CDT in New Mexico.

2. The trail is too exposed.

The CDT has some extremely beautiful exposed ridgeline hiking, but usually, within even a modest thru-hiker’s mileage range, there are areas where hammock campers can duck slightly off trail to find a nice spot to sleep in comfort. I have never been one to camp in an extremely exposed area even with a tent. The legendary bad weather conditions on the CDT also tend to encourage hikers to seek a nice spot that isn’t exposed. A nice spot out of the CDT’s howling wind usually makes for a great night’s rest. 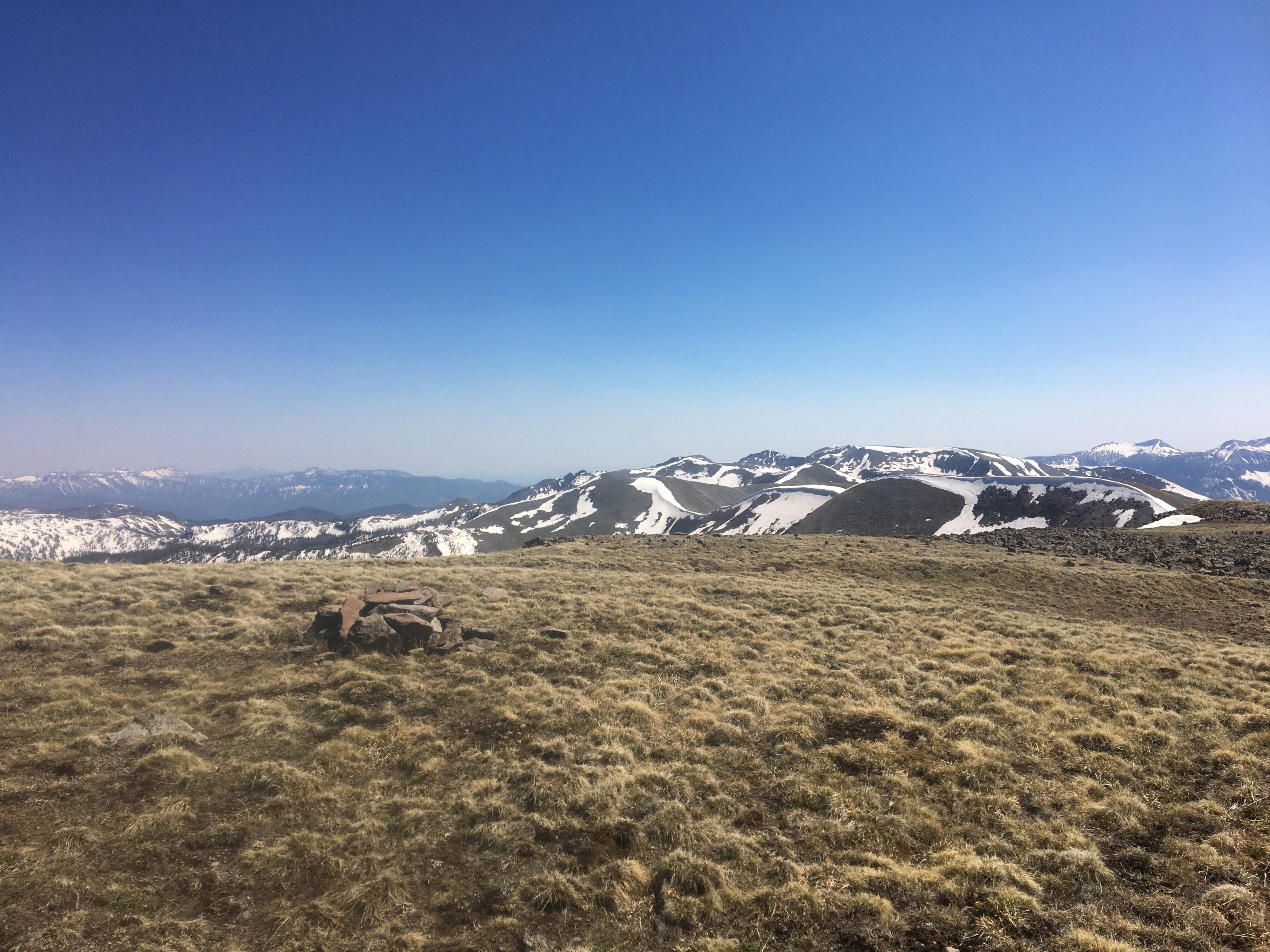 Looking pretty exposed at elevation in the San Juans of Colorado.

3. You won’t be able to camp with your tent/tarp friends.

I’ve always enjoyed camping with other hikers, even while hiking most of the day alone. In the northern section of the CDT where you could be visited by a grizzly bear, I enjoyed being with a larger group even more. In my experience, folks with tents—especially the non-freestanding variety—seek some of the same areas hammock campers seek. For example, a nice area with trees that will provide a nice wind block when the weather gets nasty. A review of the topo map for the day will help a hammocker identify a good spot to shoot for. 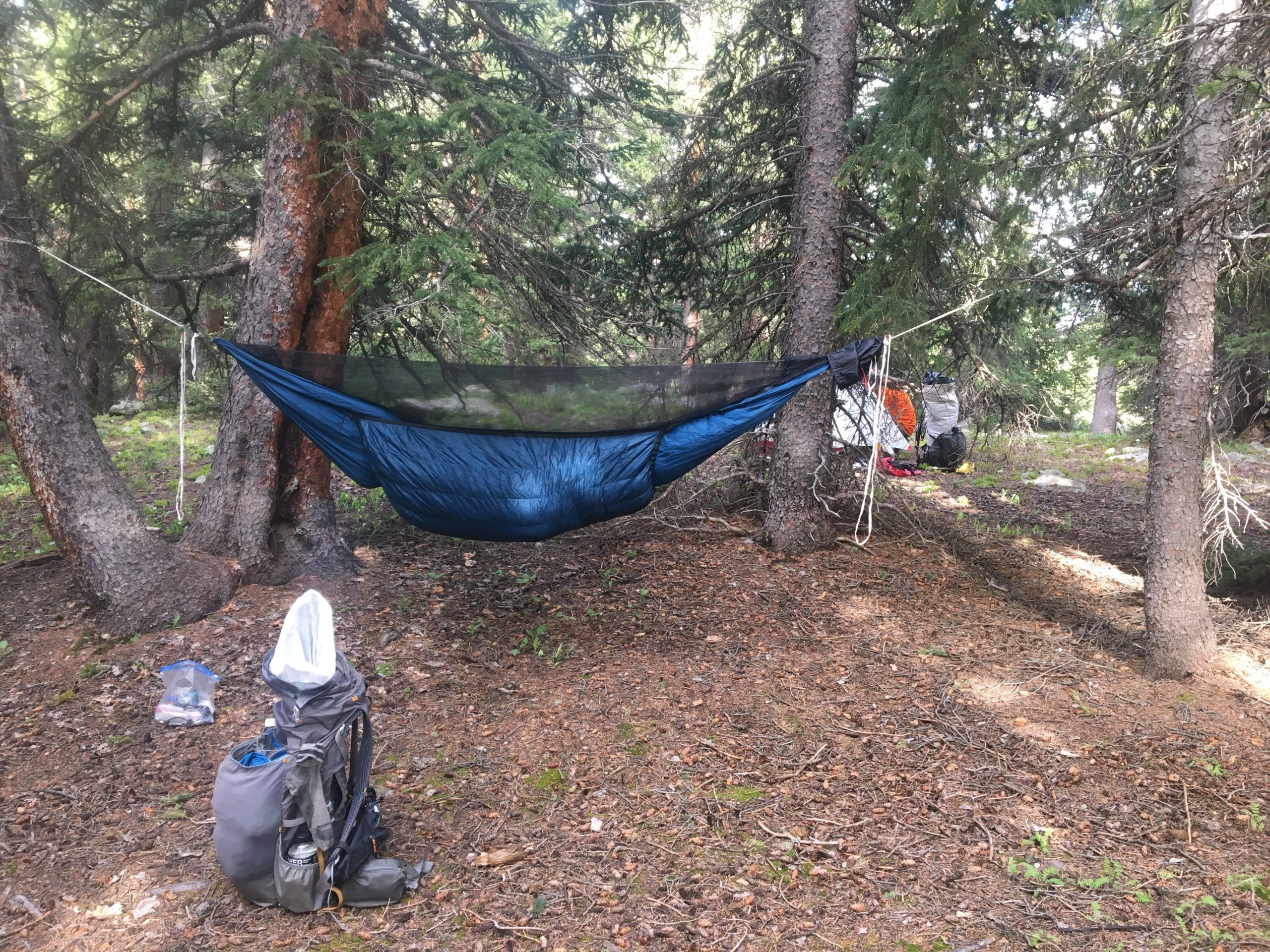 Camping with the tram south of Hope Pass in Colorado—a group of four tenters and one lone hammocker.

The logistics of the CDT often make it to where you run out of daylight before you run out trail to hike in a given day. Since there is a chance a hammock camper may end up in an area not suitable for hanging, it’s important to always be prepared to either cowboy camp or set your tarp up on the ground for a night of grumpy sleep.

In order to set up on the ground, a hammock camper will need a moisture barrier, insulation, and proper rigging for a tarp. This is assuming they are carrying trekking poles, which is common with the majority of thru hikers. Make sure to practice this evolution BEFORE your hike and become proficient at it. 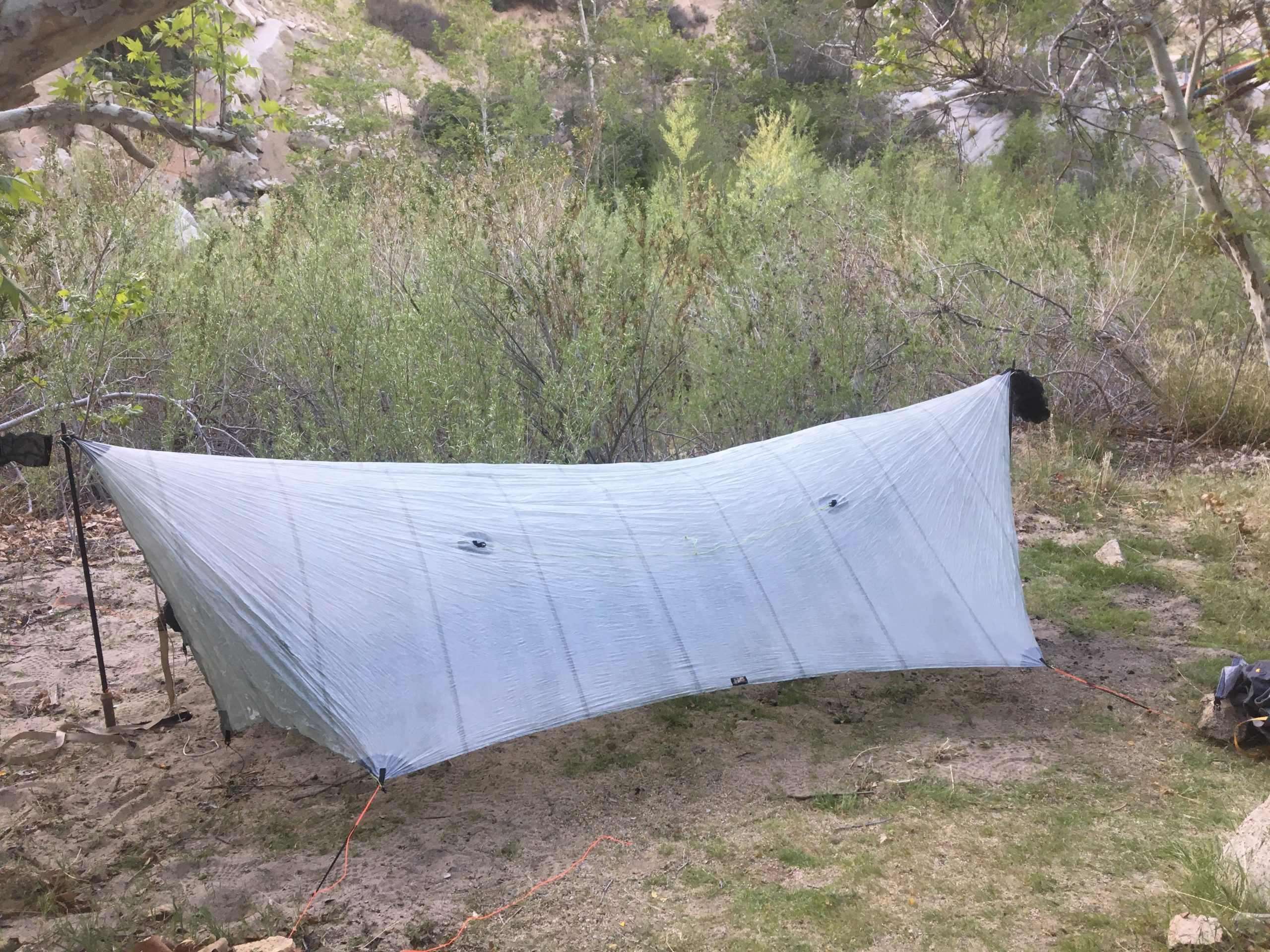 In order to capitalize on the hammock-able areas of the CDT, it’s important to have a good length of straps. This helps with odd hammock spots with trees that are much further apart than normally would allow a hammock hang. I suggest 12’ Dyneema straps, which optimize durability, length, and weight. 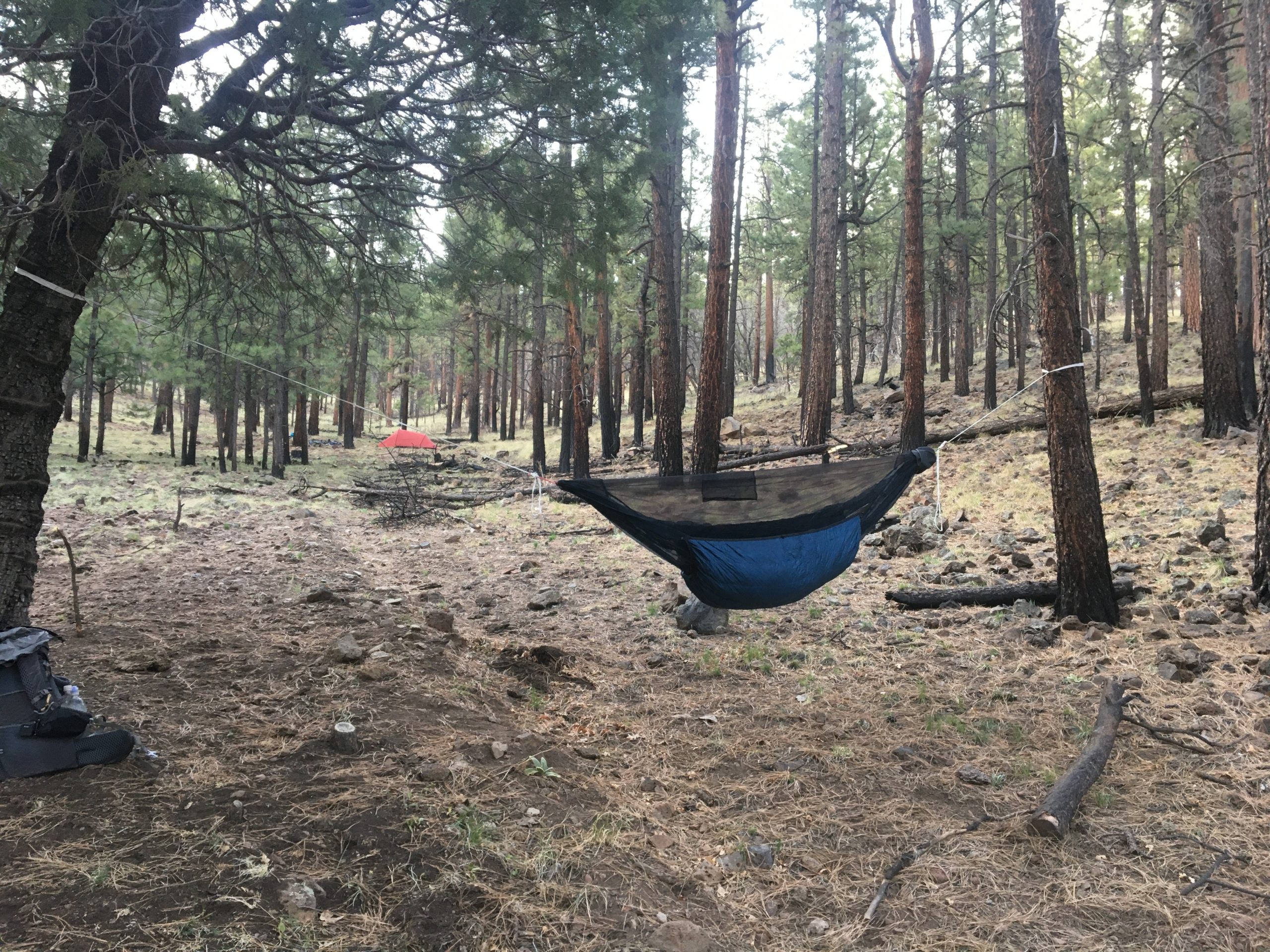 Time for the 12fters in the Gila Alternate.

In April of 2021, this hammock camper set out to hike the CDT with a hammock. I used a cowboy camp set up in New Mexico which added a very uncomfortable neo-air air pad until Silver City, New Mexico and then used a Tarptent and luxurious sleeping pad from Sea to Summit for the Desert Basin of Wyoming through Lander, WY.

Here is a list of the major hammock-related items I carried, as well as some references to learn more about each item.

Check out the videos below for more details and feel free to reach out with questions below in the comments or in the Youtube comment section.

The gear needs of the CDT change pretty frequently along the way, but the few times I was around a scale, my pack weight was around or under folks with a light tent setup (approximately 25lbs fully loaded). It wasn’t as light as some of the ultralighters, but with the addition of my underquilt I was basically carrying two sleeping bags, so that was to be expected. 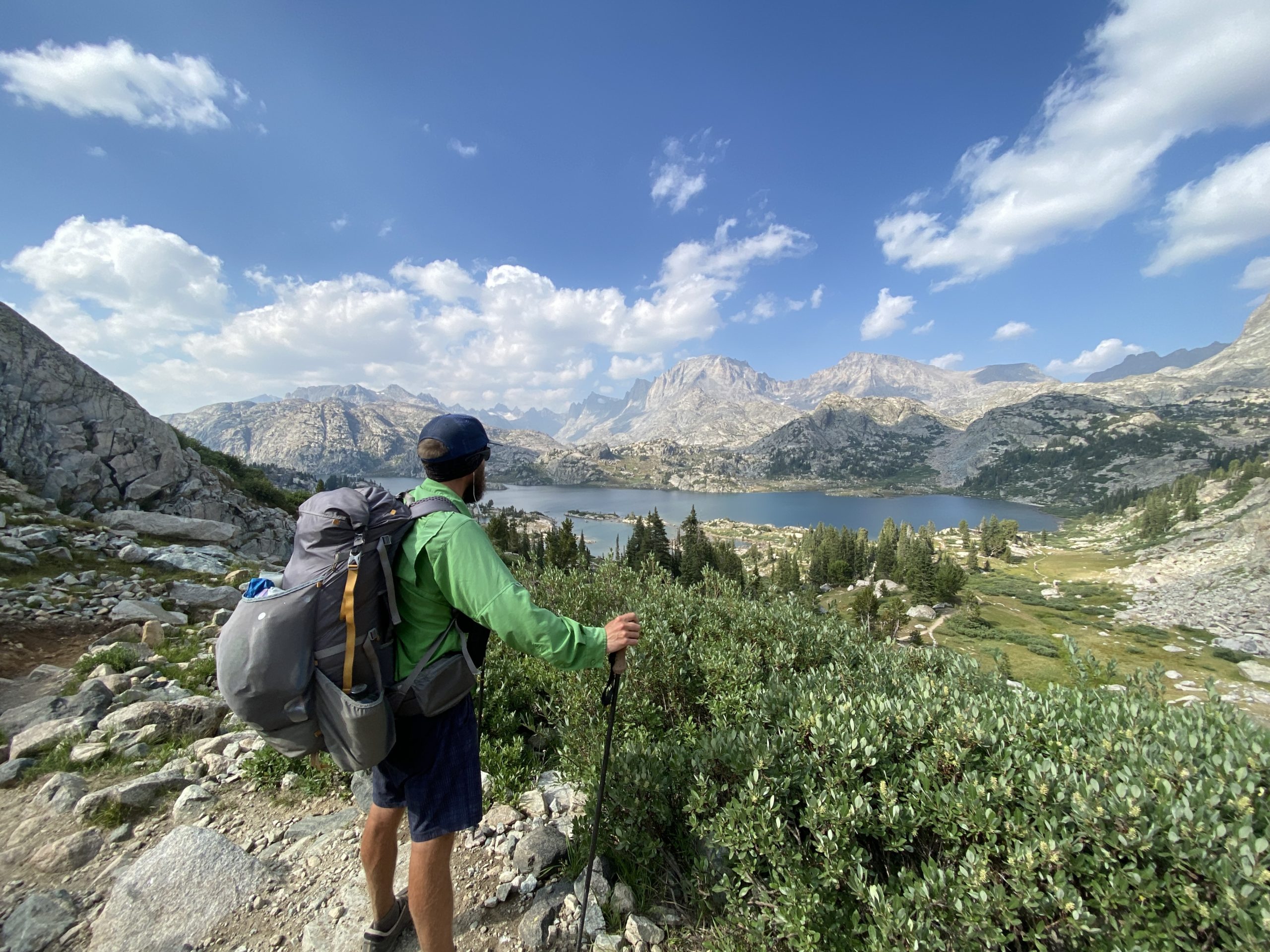 Gossamer Gear Gorilla looking like it had a few too many ramen bombs, its normal state.

Areas of the CDT Where You May Want a Tent

The Bootheel of New Mexico is an area that showcases the ruggedness of the CDT. Its lack of water, shade, and even trail at times definitely makes it a place where hammock camping is challenging at best. In this section, I carried a Therm-a-Rest Neoair ¾-length pad and it was OK. The best part of this section was cowboy camping under the stars in the desert. I had heard others describe that experience, but it’s hard to appreciate until you are in your own five-million-star hotel room. 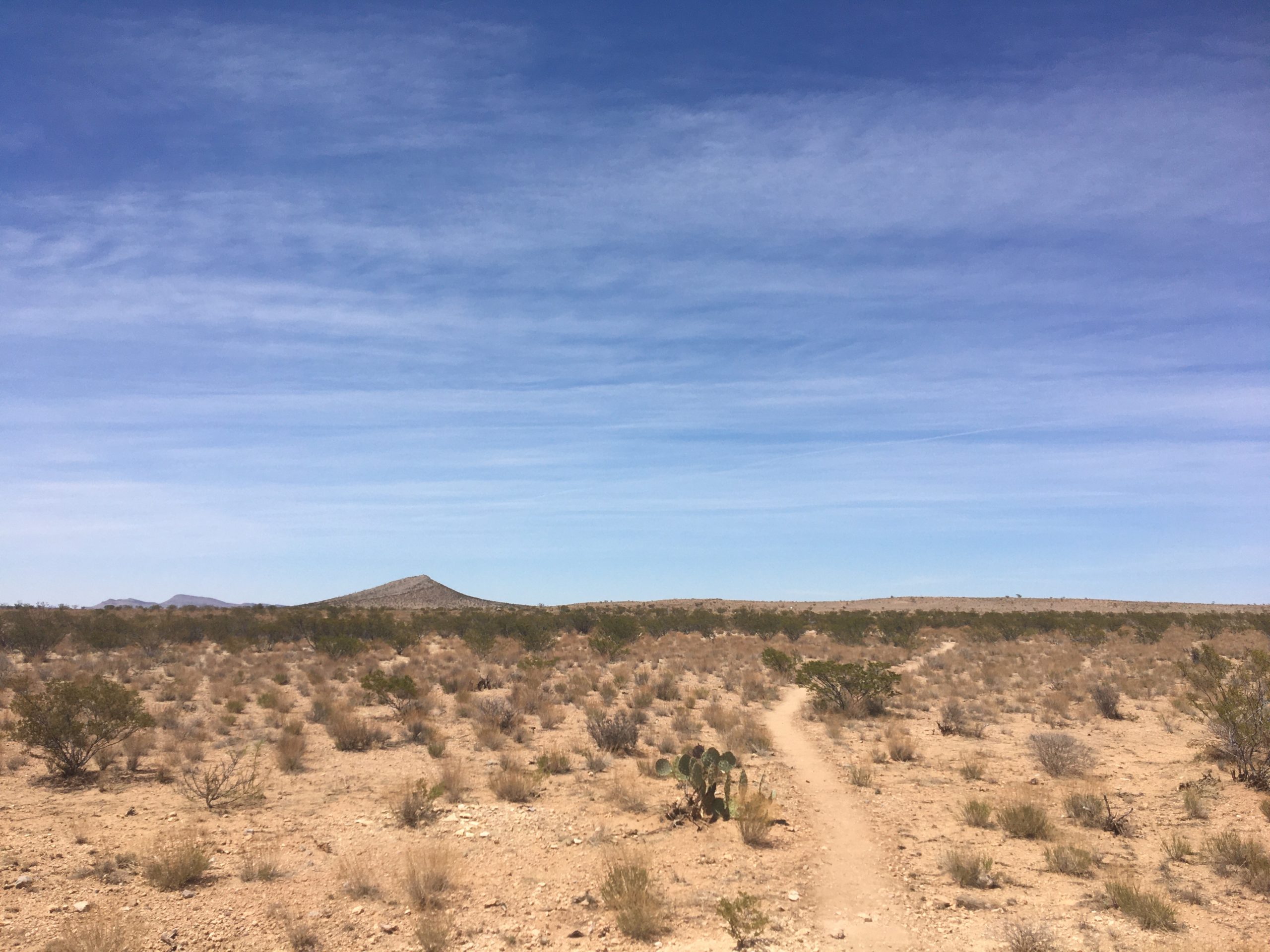 Desert of New Mexico, can still feel the heat even just looking at the picture.

The desert basin in Wyoming is known for being desolate and extremely windy at times. Knowing that, I chose to use a Tarptent Stratospire for a ground setup. I believe this section could have been hammock camped, but if I had to do it again I would probably continue using a tent for the desert basin. I picked up my trusty Tarptent in Encampment, WY, and swapped it back out for my hammock in Lander, WY.

It’s also important to note that this section is very flat. The easy terrain, coupled with the heat and lack of water, encourages many hikers to test their skill with a 24-hour hiking challenge. This was especially fun for me as a hammock camper, because I knew when the section was over I’d be back to being cradled in comfort. After completing the 24-hour challenge, I had completed 68 miles, and I’ll admit that even my tent was comfortable that morning. 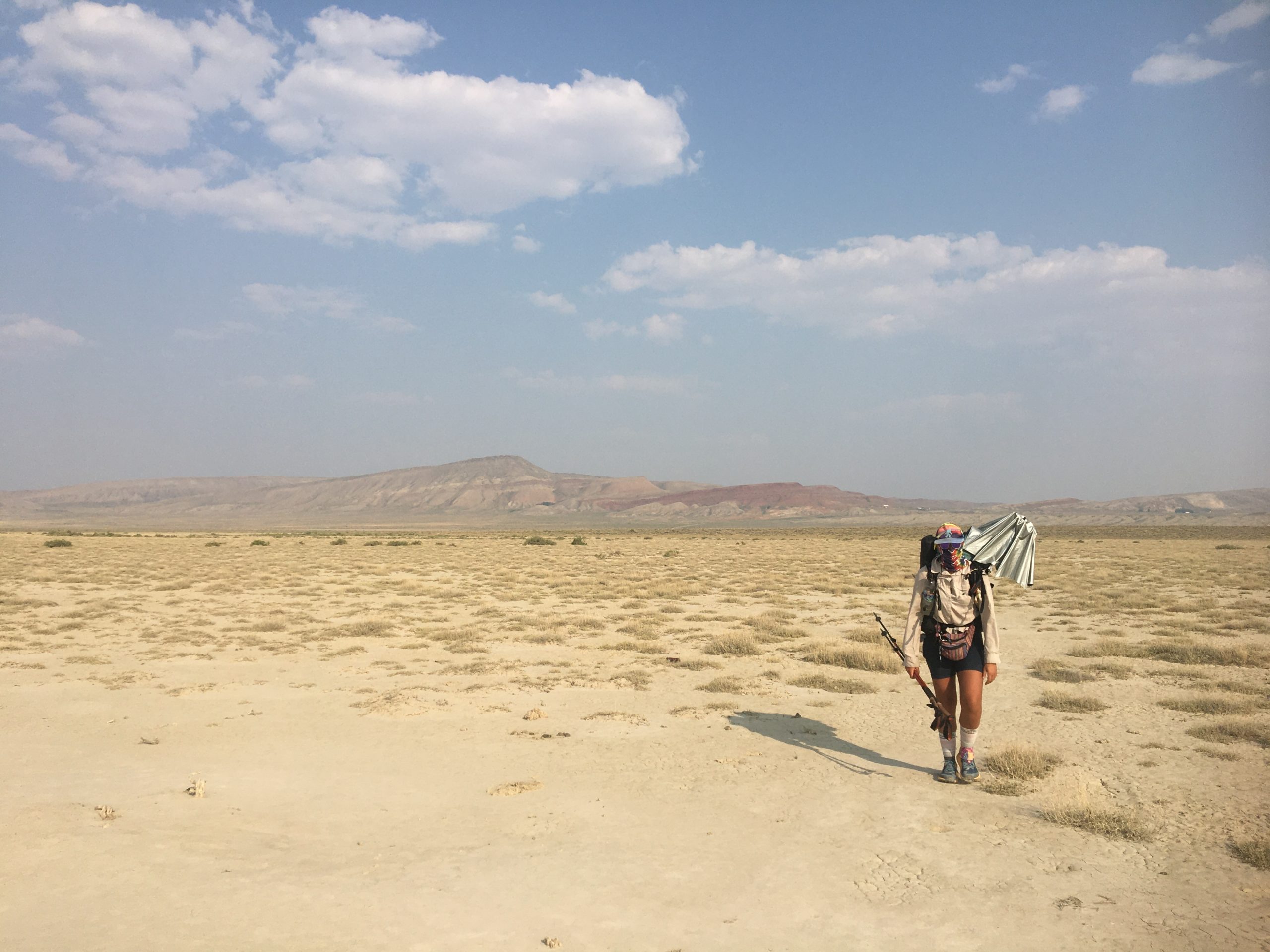 The CDT is an excellent trail regardless of what’s in your backpack. It is possible to hammock camp the majority of the trail depending on your experience with hammock camping and the overall experience you want to achieve. I loved 98% of my hammock camping experience on the CDT— but then, it’s exactly what I was after. 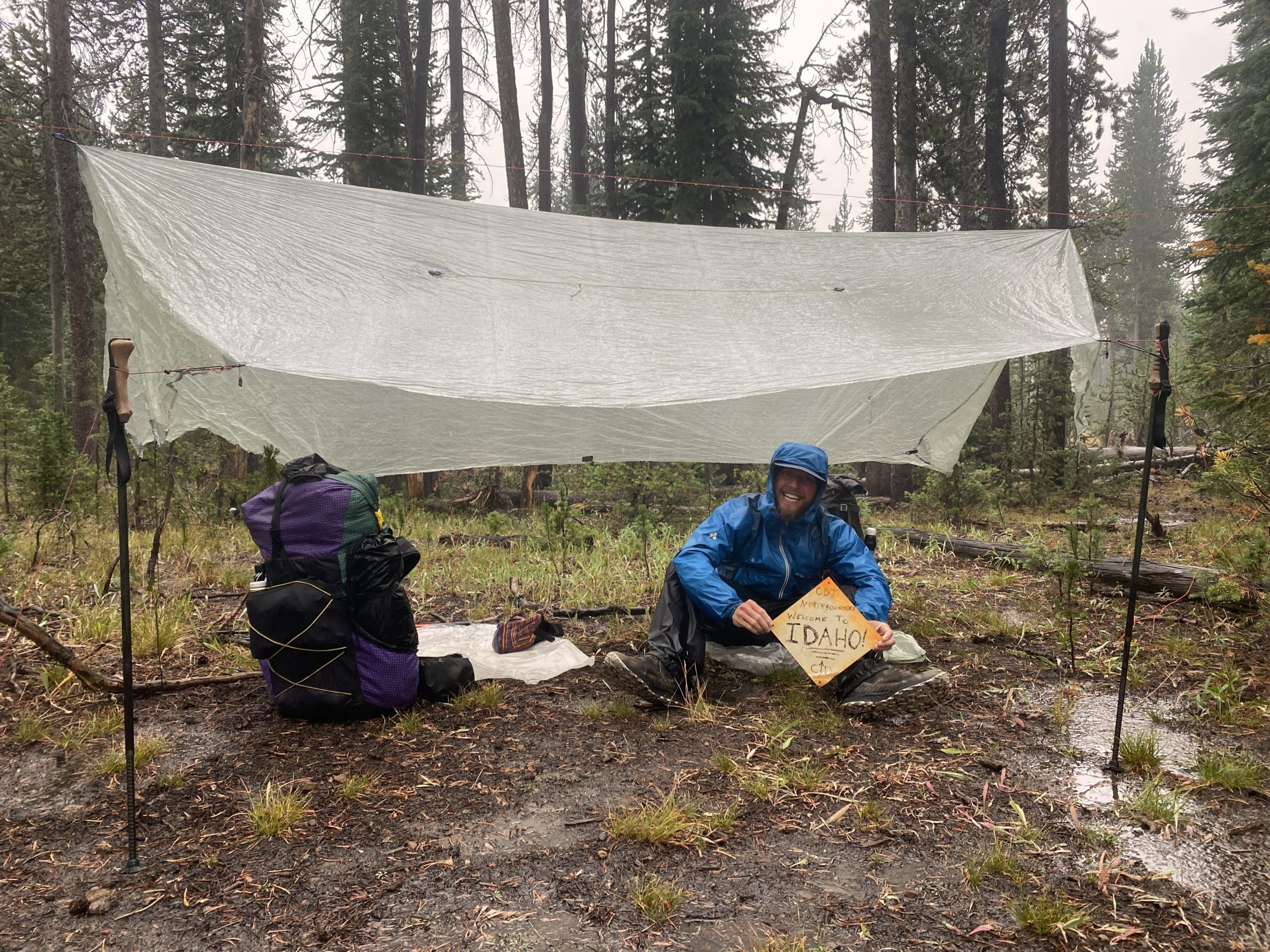 The look of someone happy they brought their hammock tarp during a downpour in Idaho.