Morale Ascension, Or How I Learned to Stop Worrying and Love the Trail

Around 500 miles left. Leaving the Idaho-Montana border to hike up through just Montana to the Canada border. Morale has gone through some changes, as the landscape does as well. I’m grateful I get to explore this difficult psychological landscape with such impressive and grounding physical landscape.

Woke up in Leadore and sewed my shirt up more. Made some PB&J’s for the road and packed up. Went to the convenience store and got a coffee and breakfast. Got back and got a ride up to the trailhead. It was still pretty early so I was able to push miles. It’s a bit dry so water determines where I’m breaking. I’m also trying to shift my energy around hiking as I’m a bit tired but still have it a large part of my day. 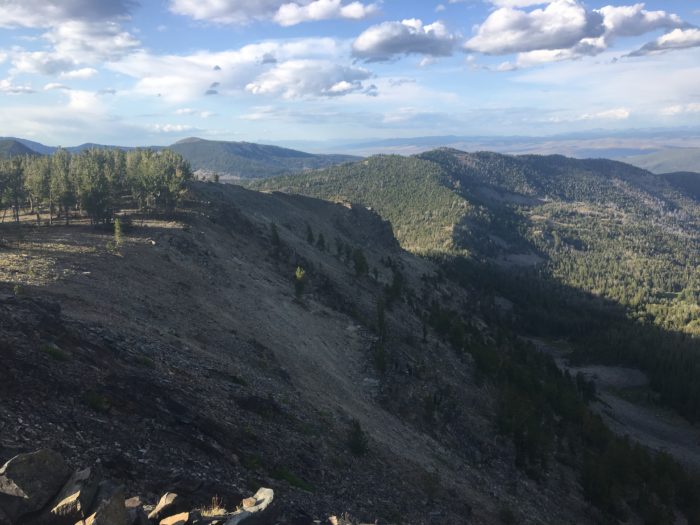 Pushed for a long time until a spring. Gorgeous ridgewalk the entire way, interspersed with forest here and there. As I was filling up, I heard some branches snapping out in the forest. Had a feeling and then saw a black bear, which was roughly my size. I yelled at it and it studied me a bit, maybe 60 yards away. It bounded away into the forest  after a bit. It felt almost comforting to see him, reminded me of Shenandoah, maybe. Climbed back up to trail with full water and pushed on to a nice overlook where I had dinner. I also saw a pine martin scurrying about. Pushed on a bit farther to a nice open spot to set up and found sleep. 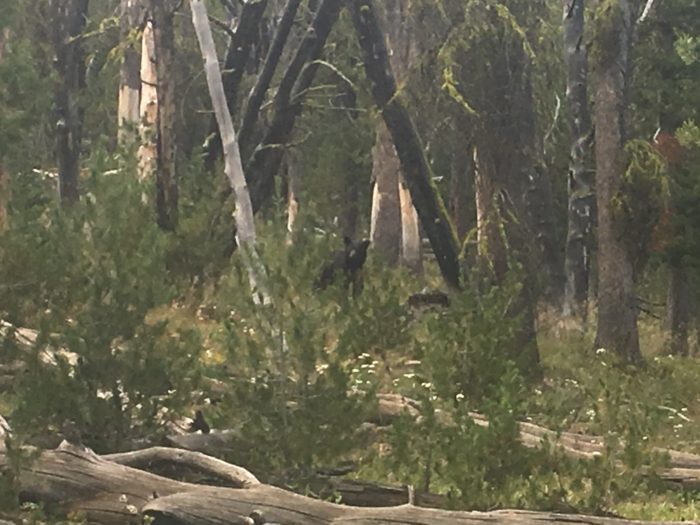 Woke up and got out early. I was a bit sluggish getting to a spring. It was a nice spring that was a Sacajawea Memorial Site, where the Lewis and Clark team reached the spring of a creek that is a headwater of the Missouri River. Pushing on, I heard some snapping way off in the distance. Then came across a gaggle of elks that all bounded off into the forest, crashing through in their separate ways.

Pushed up a road, and came across some forest workers who gave me some walnuts. Pushed along trail plugging in and unplugging. Trying to shift the energy. I looked at the rest of the map and there’s still a lot of miles to hike. 650 miles at the start of 3,000 doesn’t feel that big. But when it’s just 650 left, it feels bigger. Pushed on to a spot where I tried to have a fire but it was too wet and I was too tired. Found sleep easily.

Woke up and didn’t get out as early as I wanted to. It’s staying pretty cold and my body is pretty resistant to packing up and hiking in it. It wants a little bit of sun, at least. Took a Ley alternate that maybe cutoff a mile or so. I was pretty sluggish. Feeling really low morale, which wasn’t helped by the monotonous forest walking that took up the entire day. 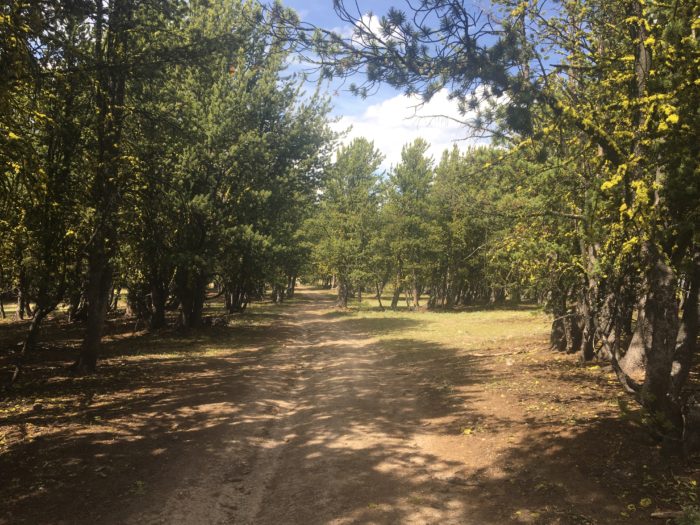 I had two days to a trailhead to get to Darby but I started looking to see if I could get off earlier. As I wanted some physical comfort to offset the emotional uncomfort I was experiencing. I had service so I called my mom and talked it out with her. I’ve been pretty isolated for a while so it was nice to talk with someone. Through that I decided to stay on trail. Had a nice dinner, then pushed up a climb past some lakes to a flat spot in the woods after the sun had gone down. Found sleep easily.

Woke up and didn’t get out as early as I wanted to but still early. Finished the climb and finally got out of the trees. I was rewarded with stunning views. I had almost forgotten what it was like. No beetle kill, pine forest valleys surrounded with lakes surrounded by massive mountains of rock. Felt much more like Colorado, as the last section felt a bit more like Wyoming. Though these mountains were unique in their own right. Morale was staying low until I had a sort of breakthrough. 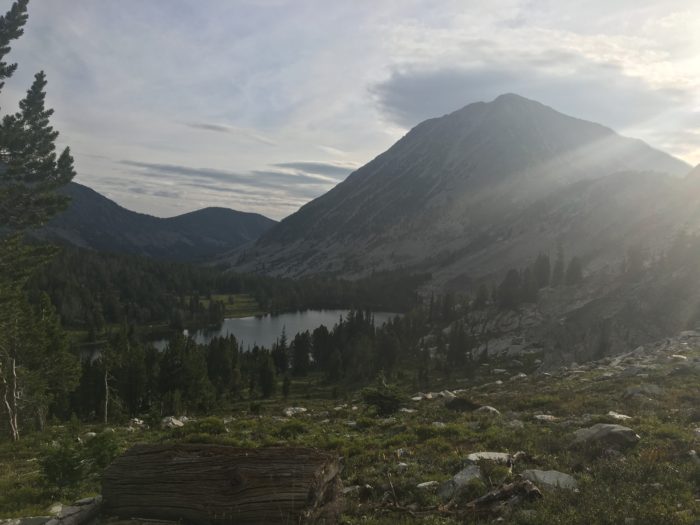 I was thinking of how I shift energy. And there are changing habits, shifting perspectives, but I think it boils down to faith. And I’m hesitant to use that word from the connotation it’s associated with. But it’s not faith in something intangible. I think it’s faith in my self, the self outside of time, or the self in relation to the natural unfolding of the way of the universe. Maybe trust is a better word. I think through faith comes clarity, through clarity comes peace, and through peace, strength. And the faith has to be embodied, not just conceptualized. It has to be felt on a bodily level.

Using this, I pushed passed a wall I was building for my self. Made it to the top of a climb and checked service. I received the letter I was supposed to get in Lima; it was from my ex, which was hard to read. It took some time for the waves to pass through. A lot of storylines came up, and traumas. And they all felt like they didn’t fit me anymore somehow. All these things I knew about myself, they didn’t really pertain to me. Because I’ve never been the person I am now. Made it to a top of a climb where I had some dinner. Then pushed on to a mountaintop where I set up camp with half the sky orange from sunset. Fell asleep as darkness took over.

Woke up and got out early. Dropped down a pretty steep trail to a creek that had a pretty overgrown trail. It was a bit frustrating but I eventually got to the trailhead and stuck my thumb out to see what stuck. A really nice family picked me up and got me to Darby. Made it to a spot just before their breakfast buffet closed. I took full advantage of the exceptionally cooked food. Met back up with Sweets, HD, Link, and Wraps. It was really good to see them. Showered and hung out. Went out and got some massive pizzas. Then dancing and celebrating before bed.