The Numerous Zeroes and Passes of the Pintler

The end is in sight. It feels a bit surreal. Montana has been so far away for so long and now I’m here. Part of me is ready to be done and part of me wants it to never end. Either way I know the next few weeks will go by faster than I expect. Here’s the process of getting through the Anaconda Pintler Wilderness.

Woke up in Darby and got some coffee. Hung out a bit and then went to resupply. Also stopped at the post office to pick up my thermal layer, as it has been staying cold in the mornings. The day was spent watching TV, making sandwiches, consuming the rest of the pizza, and finishing up the last blog post. It was a bit of a bubble, so a pretty in and out flowy hang out afternoon and evening. Found sleep easily.

Woke up and got coffee and breakfast. Managed a ride back to trail in a pickup that had no tailgate. Which was a fun ride. HD was leaving trail so it was sad to say goodbye. But he parted and we pushed off. Hiked with everyone till noon. Had some nice conversations. Then leapfrogged with people until I fell in with Sweets. We passed Wraps, whose shin was acting up, and pushed on to a nice spot at the top of a hill. Set up and cooked dinner at which point SeaLegs caught up and ate and camped with us.

Woke up and took a morning. Hung out and got moving late. Pushed miles while taking breaks, really enjoying the landscape and forests. I’m feeling the need to do miles, but really want to take my time with this landscape. There were a lot of dead trees in this area. Some were from fires but a lot seemed to be from a disease. I don’t think it’s the same beetle as from Colorado. Got to a nice spot for dinner and then pushed a bit farther to a campsite. 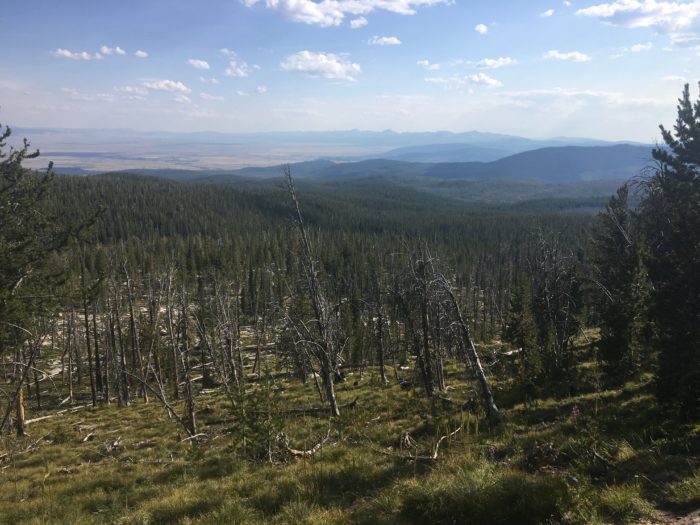 Woke up and it was sprinkling a bit. Packed up and got out early and pushed miles. I entered the Anaconda Pintler Wilderness and started a 25-mile section of eight massive passes right after another. Pushed up multi-mile climbs and jumped down multi-mile descents. Made it to a lake where I changed my Guthook map to the last section!! Very exciting. Caught Wraps there and we discussed the end of the trail and life after. Hiked a bit together until I outpaced him on another climb.

My body was handling the passes well but the climbs and descents were long and it was chilly and cloudy all day. Some of the mountains were covered by clouds. I would walk through the clouds, climb up into or above them, and down below them. So views weren’t very prevalent but when they appeared, there was a mystical quality to it. This landscape is truly magical. I don’t think I had any real expectations of Montana but I’m pretty consistently blown away. 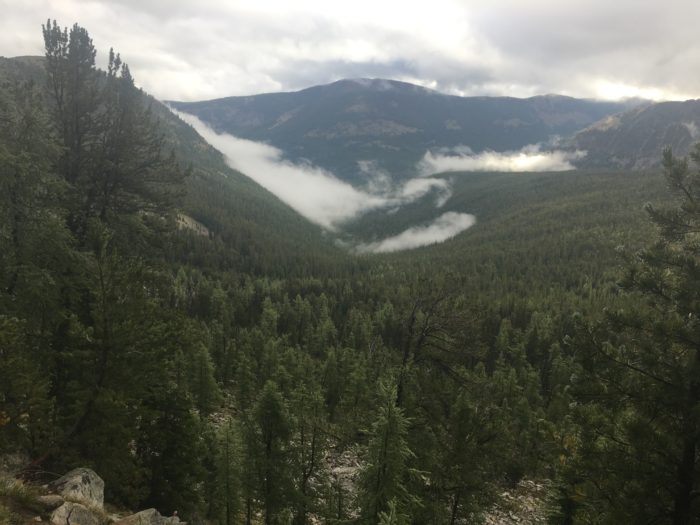 It started raining pretty consistently in the afternoon into the evening. I found a spot in a break in the rain when it was pretty light and set up camp. It was a bit early but I was soaked and cold. So I set up and cooked a warm meal. Days like today are why I carry a stove. There’s nothing quite like getting warm and dryish with a warm meal in your belly after being wet and cold for the majority of the day. I found sleep with the pitter-patter of rain on my tent. 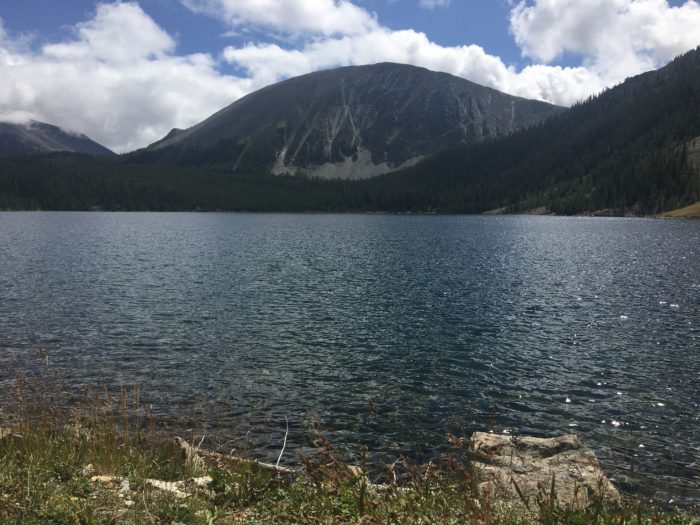 Woke up and got out early. Pushed up and down three passes pretty much nonstop for the morning. Got to the last pass and came across some day hikers who I chatted with a bit before jumping down to a trailhead where I ran into Wraps. We sat for maybe five minutes when an older couple, Tom and Rosie, drove up to us in a UTV. We got a ride from them, catching SeaLegs and Sweets, and all went into the town of Anaconda. Tom drove us in, and gave us a tour of the town. He and Rosie were born and raised here. It had a very tangible small town feel, where everyone did seem to know everyone else.

Got to a hotel, showered, and then went for food. Went to a burger spot and had possibly the best burger I’ve had on trail. Went back to the hotel and hung out until we decided to hit the town for the evening. Had drinks, talked some politics. Bar hopped and fell in with a massive family reunion that was celebrating. Everyone was so friendly and welcoming. Made some friends, played some pool, danced. It was a merry night. Got back to the hotel super late and found sleep.

Woke up in hell. I didn’t rehydrate from trail before drinking and my body let me know what it thought about that. Slept and packed up for the morning before heading to a hiker hut the town had set up for hikers. Wi-Fi, power plugs, refrigerator, microwave, everything a hiker needs. Came back to life in the afternoon. The hut has some bikes we can use and I went and did some laundry and resupplied. Got some salad and soup for dinner as I just wanted get my body to feel good. Hung out and had a chill evening playing cards before finding sleep.

We had originally planned to leave but we all decided it would be nice to stay for an extra day. Yesterday was taken up by recovering from the previous night and chores and this is a nice town to spend time in. It’s also from feeling ready to be over and done with the trail juxtaposed with a want for this to never end. So we slept in and took the bikes out to a classic American diner for some really goo breakfast. It’s all pretty flat but a bit downhill coming back. So had a nice moment of wind in hair, moving without having to push anything, bliss. Another easy afternoon/evening planned before heading back out to finish the last few sections of trail.