In less than two months I will be hopping on a plane to Tucson, AZ.

After I take a Greyhound to Lordsburg, then sit in a van for three hours heading down an infamously rough road to the Crazy Cook Monument, I will start my NOBO CDT thru-hike. With a plane ticket and shuttle to the trail booked and paid for (thanks, Continental Divide Trail Coalition), it’s starting to feel very real.

I feel like this trail has been a long time coming. When I hiked the Pacific Crest Trail in 2017, I initially planned on doing a monthlong section in the Sierra, only to change my mind in early January, right before California’s snowpocalypse began in earnest. That gave me four months to prepare. I spent a lot of time reading fear-mongering comment threads about the snow on the Class of 2017 Facebook page, an activity I would not recommend to anyone. I also hiked with my backpack full of bags of rice, and I researched gear, taking meticulous notes comparing different rain jackets, down jackets, and sleeping bags. Then I threw lots of dollars toward the internet in a quest to bring my base weight down to 15 pounds. 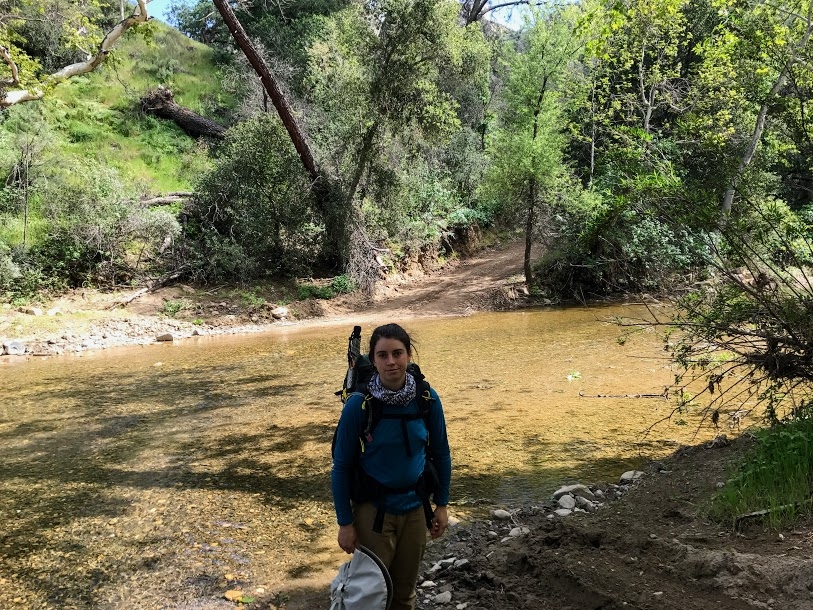 From a PCT shakedown hike in the Los Padres National Forest.

The Halfway Anywhere surveys (which I wholeheartedly recommend to those planning a thru-hike) will show you what any seasoned thru-hiker knows: lighter might equal more comfortable, but it doesn’t necessarily translate into success in completing a hike. Regardless of my base weight and the trail gossip about impassable seasonal streams in the Sierra Nevada, I had an incredible summer hiking. I met some amazing people, we decided the way out was through, and I reached the Northern Terminus on Sept. 19, 2017.

Six months after completing the PCT, I decided to start planning in earnest for the CDT in 2019.

I went to the American Long Distance Hiking Association – West (ALDHA-West) NorCal Ruck and participated in a breakout group about the CDT, where some wonderful people told me that I should quit everything else and thru-hike. They also told me that the grizzly bears will probably not eat me as long as I don’t surprise them. (The ALDHA-West is the organization that awards the Triple Crown of hiking to those who have completed the PCT, CDT, and AT. They host several Rucks each year in the western 48, which are great community building events for anyone planning a long hike.)

I am less afraid of rattlesnakes now that I’ve seen a few and been rattled at, but grizzly bears are new to me. I’m all set to bring a sharpie in my hip-belt pocket so that I can circle and timestamp a rattlesnake bite after pressing the SOS on my InReach. But how do I make sure to notice the direction of the wind before using bear spray, so that it doesn’t end up in my face?

To be honest, other than researching the new situations and environments you may encounter, most of planning for a thru-hike is figuring out how to make it work financially. How to leave the life you have behind. 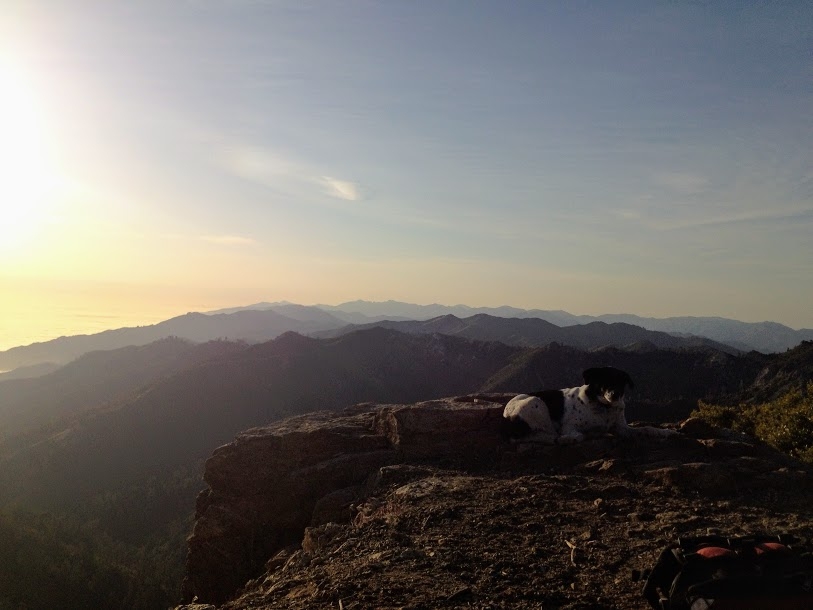 Hazel loves short backpacking trips, but she’s going to stay with my parents.

Doing this a second time around has been considerably easier. I know that I will spend about $1,000 a month while on trail. That’s not including non-trail-specific regular expenses, like student loan payments, health care, cell phone bills, and car insurance. My post-PCT experience taught me that I need to save enough money for a cushion after the hike, when I will still be adjusting to life post-trail, and I won’t be ready to jump into another job. I will leave all my stuff at my parents’ house in California. My boyfriend is conveniently coming with me, so I don’t have to worry about leaving him behind this time.

So what am I doing now, with only six weeks to go?

Hah, well, I ended up with a personal trainer named Broc. He makes me sweat a lot on Monday mornings, gives me home exercises to do with a resistance band and a Swiss ball, and is theoretically helping me prevent knee problems. Last summer I only did two-thirds of the Tahoe Rim Trail because of patellar tendonitis. The goal is to avoid that on the CDT.

I’ve accepted extra work so that I can save up more money, but this has the consequence of taking up more time, so that I’m not able to fit in as many training hikes as I’d like to. When I can, I take advantage of the mild winter weather in California, and the great trails near my house in the Bay Area. Oh yeah, I’ve also been spending way too much time over the past week creating a town and resupply guide for myself. I read that my AT&T service could be sporadic, at best, so I want to be prepared. More on that in a future blog post. 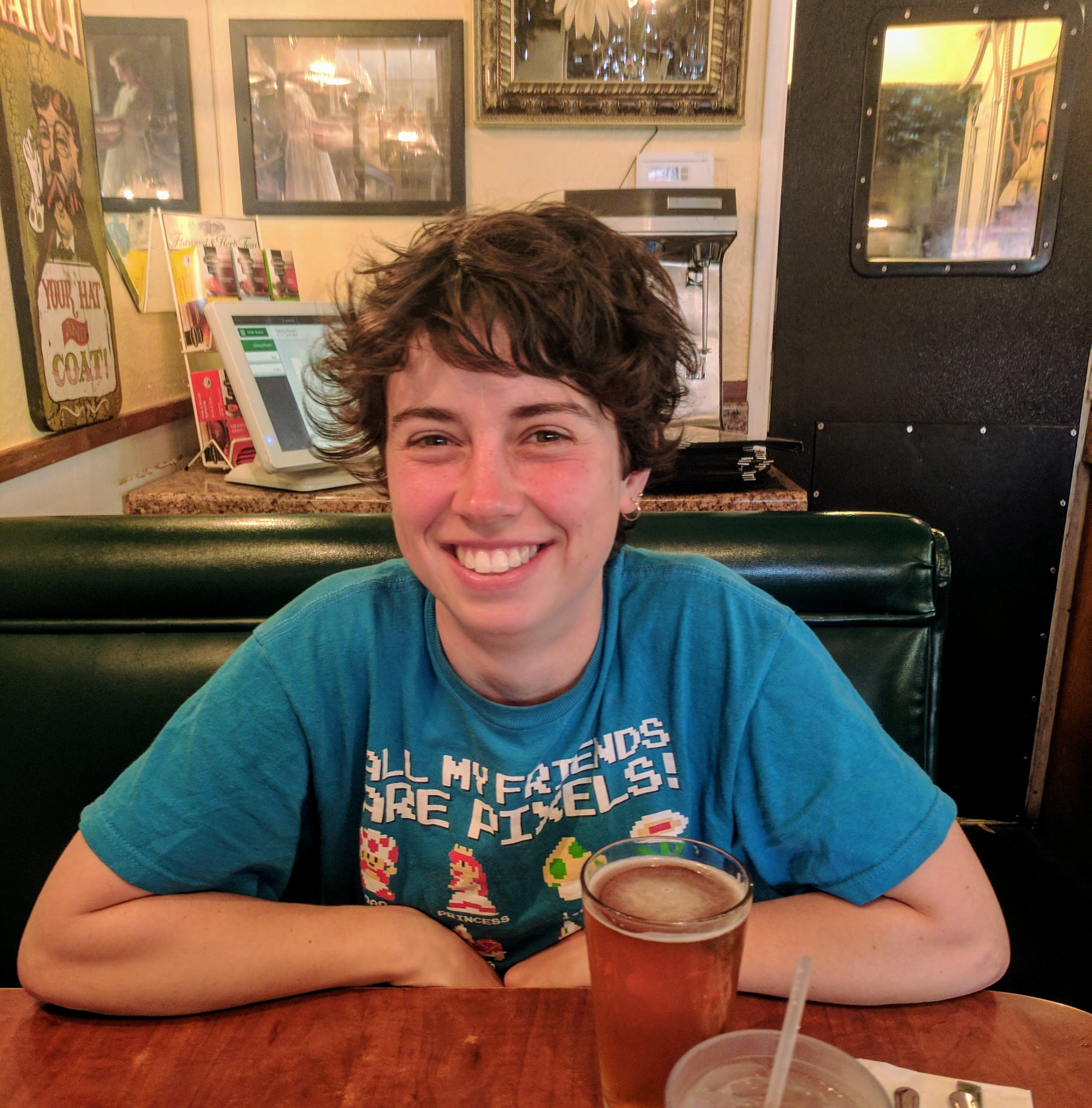 Here’s a goofy picture of me at the Evergreen Cafe in Wrightwood, excitedly waiting for town food, three weeks into the PCT.

Mostly, I fantasize about all the burgers and milkshakes I will eat on trail (while telling myself that I’ll somehow put dehydrated veggies in all my resupplies).

I’m sure that I’ll spend a lot of nights in Montana asking my boyfriend if he heard that noise outside the tent; it sounded like a bear, and does he think the bear will eat him first since he’s bigger, providing me with an opportunity to back away slowly and escape? Before I get to Montana there will be sore feet and blisters in New Mexico and a heck of a lot of snow in the San Juans at the rate it’s falling (insert emoji with snowflake eyes). And probably I’ll get sick at some point, knowing me. I’m pretty excited about it all. The PCT was nothing like the trail I imagined before I started (OK, I did anticipate natural beauty, but I couldn’t have known the ways in which it would be breathtakingly beautiful). I have this nervous ready-and-also-not-ready feeling as I wait for my start date, when the CDT will start to come to life for me.