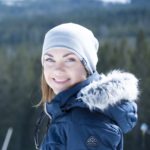 At the time of writing, I’ve been off trail for more than three weeks and the end of this entire trip, from Croatia to my final destination in Colorado, is approaching fast. But the last two weeks on trail is still fresh in my memory.

After six days off in Arizona, we were off to a cold start back on trail with snow and strong wind. Opening the door to my motel room, I found the cars covered in snow. But being three and a half hours away from Grants, I figured it would warm up by the time we got back to New Mexico. I was wrong. The cold continued and the first few mornings back on trail we woke up with ice and frost on the tents. It felt as though it was December rather than October.

So near, yet so far

Hiking out of Grants and into Pietown I found myself struggling mentally, probably more so than I’ve previously done on trail. Knowing we were only about 2 weeks away from finishing but that we still had another 450 miles to complete was wearing on me – being so close and yet so far away. As most of the ”trail” from Grants into Pietown is on roads, there’s no real stimulant to occupy your mind and so those thoughts of wanting to be done seem to take over. A good thing about road walks though, is the potential of trail magic that might appear. We were stopped by a passing trail angel offering cold drinks with the promise of more trail magic once we got to Silver City. And more magic was to come our way as we stopped at TLC Ranch one of the nights, a family of trail angels that let hikers use part of their property to set up camp and provide water. We had just got our tents up when we hear footsteps approaching. The man walking up introduces himself as the owner and continues to ask if we would like some spaghetti – the answer is of course always yes. So even though we were in for another cold night, getting some warm home cooked spaghetti definitley helped! 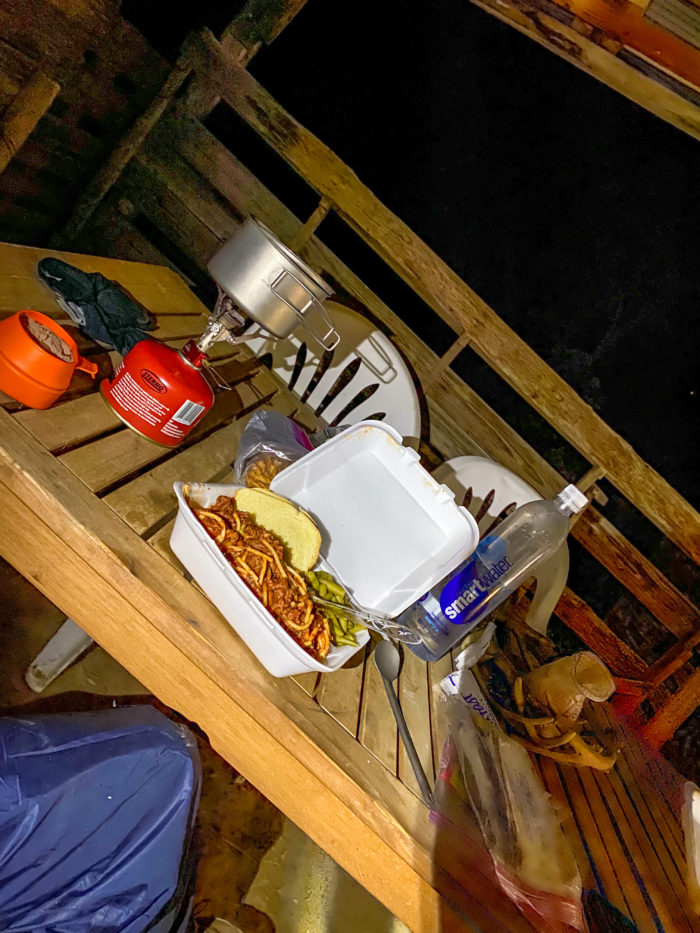 Home made spaghetti at TLC Ranch.

The following day we got into Pietown, and as the name implies, pies are pretty much all there is (and they did not disappoint)! We made a quick stop at Toaster House, a trail angel’s house that accepts packages and host hikers, only to get our resupply boxes and then kept moving. The same night we stopped at Davila Ranch, a shelter with gas stoves, shower and toilet. As it had been really cold the previous nights, I was happy to be set up camp within four walls and not having to pack down a soaking tent in the morning. 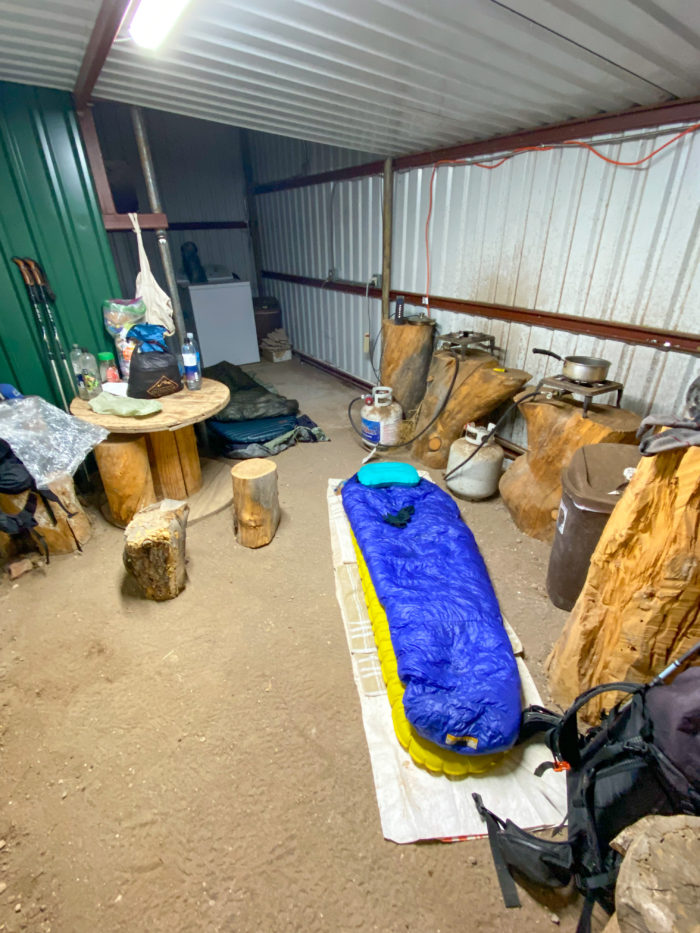 Trying to escape the cold at Davila Ranch.

The stretch between Pietown and Doc Campbell’s Post is the last section of the entire trail that’s over 100 miles (approximately 130), and it is also one of the highlights of the trail as it goes through the Gila Canyon and follows the Gila river, a 649-mile tributary of the Colorado River flowing through New Mexico and Arizona. The canyon is stunning, and unlike the roads, hiking through here require it’s fair share of concentration. Trail is often non-existent or hard to find, and you end up crossing the river multiple times a day with everything from ankle deep to waist deep. I was prepared to be cold, wet and pretty miserable during the time spent hiking through it, but ended up just straight up enjoying it!

Once on the other side of the canyon was Doc Campbells’s Post, a store nearby Gila River Springs with laundry and showers. Hiking into Doc’s I was happy to see two familiar faces – Bopit and Punisher. They had also taken a week off and we actually ended up finishing the trail together (which is funny since we also started together on the train from Chicago to East Glacier!). After spending too much money in the store, doing laundry and taking a shower, we got invited to join a group of seniors at the Gila Hot Springs Campground. We all had a few drinks while they played live music around a fire, and it was one of those memorable nights on trail. The whole night was finished off by a dip in the hot springs. And once again, we were showered by kindness of strangers. 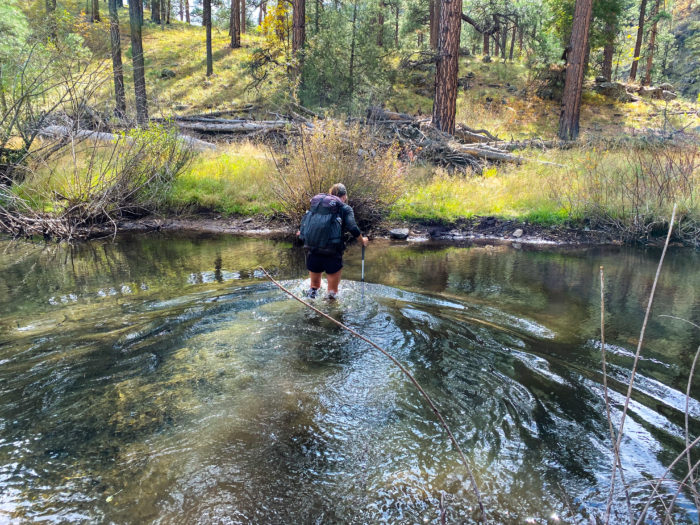 The first of many river crossings at the Gila river.

The next morning was off to an early start. Since getting back on trail from Grants, my timeline for ending the trail had changed from October 28th to October 25th. Dead set on finishing on the 25th, I set out to get into Silver City the following day. Keeping a high pace on paved road for about 38 miles and not stopping for any breaks, my left foot was in a lot of pain getting into Silver City. Unsure as to if I would even make it to my hotel, another mile and a half, I stopped at McDonald’s where all I wanted was to sit down to get some rest. But ungortunately I was not so lucky; because of the pandemic I was only able to order food for take-out and to sit outside on the curb (feeling like true hiker-trash) trying to order an Uber.

Unable to sit down and unable to get an Uber, I limped the last mile to my hotel, worried that I might not even make the last 80 plus miles to the Mexican border. Staying in that night, trying to get as much rest as possible, I still decided to head out the next morning. And for the first time on this trail, I had to take Ibuprofen to try and reduce the swelling and ease up the pain. Luckily the foot didn’t get any worse and I made it to Lordsburg about 2,5 days later. And by now, I was happy to be back in the desert environment as well as the heat!

Leaving Lordsburg, there was four of us hiking out. Only three days later we would all be done and get picked up by a shuttle at the border. The heat continued during these days and even though it was pretty smooth sailing from here, we did have some events happening such as getting a pretty questionable ride with a local to get to a nearby shop for some drinks and goodies, where the border police showed up. I also did my last and final bushwack before the monument where I thought I would be bitten by a rattlesnake – picturing myself dying less than a mile from the finish line! Luckily I didn’t and made it to the monument to take that last picture! 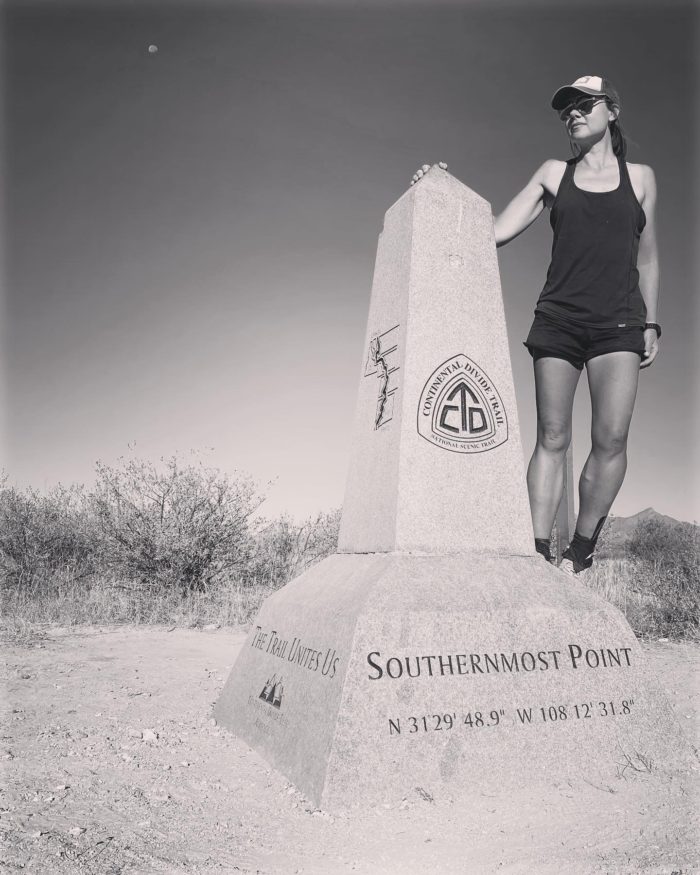 The final picture at the border!

It’s a weird feeling coming to the end of a trail – since the first few steps, this is what we’ve all been working towards and counting down too. After this, there will be no more resupplying, no more filtering of water, repairing of gear or planning out the next section. No more ”if we do this many miles a day then we can get into town on this day”! But there will also be no more eating whatever you want and not care about the calories. There will be no more getting excited about staying in a motel room, no matter how nasty it is.

And there will be no more of that one of a kind joy you get when you see a familiar face of another hiker on trail or in town. There will be no more of that special kind of camaraderie. Because even though we are all hiking our own hikes, we’re also in it together. Keeping track through social media of where and what the others are doing and feeling that connection to others even though they are miles ahead or behind. That bubble that we’ve all been living in for the past few months bursts. It all stops. Like tumbleweed we all go where the wind takes us, whether it is back to our home state or country, back to work and back to our everyday lives.

But the best part of every ending is that they are a start of a new beginning. And so it is time to start planning for the next adventure. 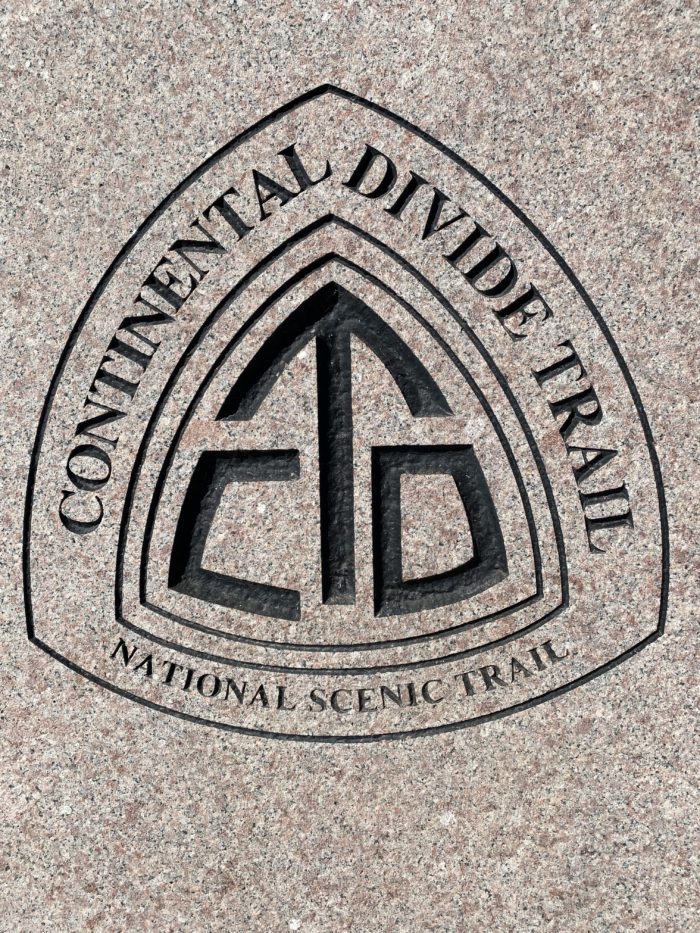