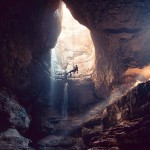 Departure Day: A final Night in Civilization at the Lodge at Amicalola Falls

It was Sunday evening that I arrived in Georgia. My friend, Wolf, had picked me up from Johnson City the night prior to bring me into Asheville, NC. We began our day a bit behind schedule, sleeping in and deciding to go into town for a quick pint and lunch before departing for Amicalola State Park. There, I would finally begin my 6-month journey across the Appalachian Trail, and where other to start than via the approach trail, an 8 mile gradual ascent toward the southern terminus atop Springer Mountain? 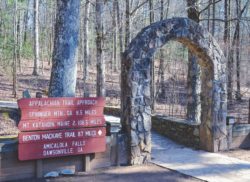 Now, if you wish to bypass the approach trail, you can simply access Springer Mountain by driving up to the parking area via USFS 42. From there, you backtrack approximately 1 mile southbound via the Springer Mountain Trailhead to the summit and then proceed back down the mountain, northbound and onward. However, the approach trail in itself is quite scenic and provides a good warm up for the journey ahead. Not to mention, bypassing the approach trail means that you miss out on Georgia’s tallest waterfall, the ever-so impressive and majestic Amicalola Falls. Why deny myself the pleasure? 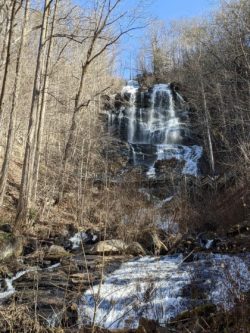 As we crossed the GA/NC line, I continued to check for updates from other people that were beginning their journey on the same day via one of the many thru-hiker groups on Facebook. To my disappointment, I discovered that the staircase leading up to Amicaola Falls had been closed off due to incurring substantial weather damage, and hikers were now being rerouted away from the falls. Perhaps the most iconic portion of the approach to Springer Mountain, and I would have to bypass it altogether.

It was already going to be a very late start. I began to consider my options. There was a campsite approximately 1.5 miles up the trail that if I was lucky, I’d be able to set up a little past dark, which left me not so enthused.

Then, as we proceeded up the park road up the mountain, I saw the lodge. It was more of a castle than anything, towering above the ridgeline, overlooking the western valley. It glowed like a beacon touching the evening sky. The building appeared at least 4 stories tall and seemed to stretch nearly the length of a football field. 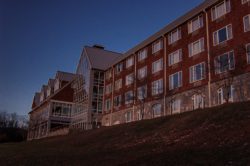 It was incredibly unlikely that a room would be available at such short notice. Still, I figured I would try my luck. I reached for my phone, looked up the number, and decided to call.

A STROKE OF GOOD FORTUNE

As luck would have it, there was one remaining room available. At this point, It seemed the most serendipitous of circumstance. I could enjoy a final night of luxury, wake up early, have a hearty breakfast, and embark on the trail early enough to reach the top of Springer Mountain for sundown. Fate had smiled upon me. I told them I would be there in five minutes.

We entered through the glass hallway corridor. The check-in desk was to the right and to the left, just beyond the elevators, was a small gift shop. To the back, the room opened up to the main lobby. The lodge was contemporary in nature, with a mixture of rustic and modern design. Overhead, the warm glow of a large wooden and chain chandelier illuminated the room, suspended from timber trusses. All the way to the back, a giant curtainwall of glass showcased a fiery sunset along the Georgia mountains bathing the valley in purple and blue. Seats circled around a stone fireplace that climbed up toward the ceiling. Corridors connected the north and south wings of the lodge, allowing all guest to experience the majestic view. Just beyond the glass curtainwall was a stone viewing deck with rows of seats for guests to lie down and relax in the fresh air. 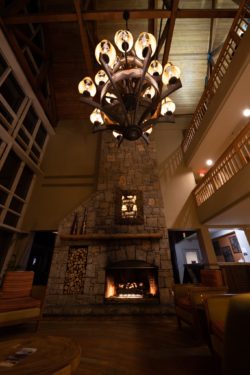 Check-in was short and fast and I was quickly directed to my room on the 2nd floor.

I grabbed my backpack, camera gear, and trekking poles from Wolf’s car, thanking him for everything. We hugged right before he got into his car and I watched him drive off as the rear lights of his Toyota Prius disappeared into the night.

I was on my own now… 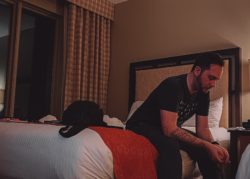 The room had two beds. I used one to set my gear on and check supplies one last time. Once double and triple checking everything, I decided to take a long, hot soak in the tub. After all, such things would become a rare luxury on my journey. I had every intention on spoiling myself as much as possible before embarking tomorrow morning. 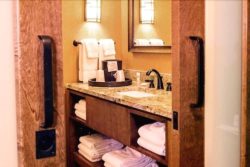 Finally getting settled into bed, I began to contemplate the events that had led me to this point. I was no longer in Johnson City. My home for the next six months would be carried on my back. Everyone I knew and loved was hundreds of miles away. It was both exciting and terrifying, but it was also lonely.

I needed to try to relax. Tomorrow would come soon enough. The real work still lied ahead. Eventually, I sunk into my pillows and succumbed to a deep slumber.

I woke up at 9:15 am after having hit the snooze button a couple of times on my phone. It was a little later than I expected to rise, but also figured that I needn’t set so many constraints. For once, this was a time that I could set my own pace. Hike your own hike, as they say. Nonetheless, I did need to check out and I needed to reach Springer Mountain before sunset. Dragging myself from soft linen sheets, I got dressed and made my way downstairs for the breakfast buffet. 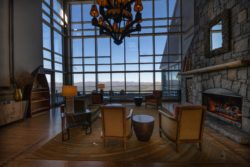 It was a perfect, sunny day. I ate my weight in bacon, sausage, and pancakes. The restaurant was on the first floor of the north wing of the lodge. Very much like the lobby, you were given a clear view of the stunning mountain vistas beyond. I devoured three full plates of food, knowing one: It might be a minute before I get to enjoy this kind of dining again, and two: I would probably need the energy for my first big day out. I looked out to the Georgia valley beyond the Lodge’s windows once more. It was a perfect sunny day. Not a cloud in sight. 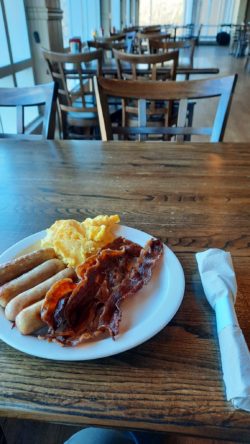 Having paid my bill for breakfast, I returned upstairs to make one quick, final check to my camera gear, food, camping equipment, and clothes. Everything was in order. I was as prepared as I was going to get. Exiting the door to my room, I took a final glance back. For one final night I had lived like a king. Now, I would become a northbound vagabond. 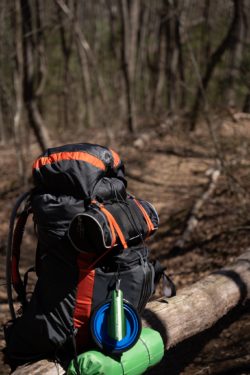 Perry Winters is a fine art, landscape, and adventure photographer living and working in the US. Having grown up in the Roan Highlands of Appalachia, he acquired a deep sense of curiosity and reverence for the natural world, and as a photographer and outdoorsman, he's had the opportunity to share with others his adventures and travels far and wide. He currently resides in Johnson City, Tennessee. In March of 2021, he will be embarking on his first thru-hike: The Appalachian Trail.