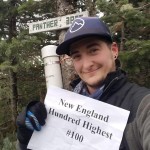 Digital media on the trail, part 2

Podcasts are free and easy to access. Once you’re on a hostel’s wifi, they can be downloaded in a variety of ways. For Apple phones, there’s the standard Podcast App. For Android, there’s a lot of options: Podcast Addict, Pocket Casts ($3.99), BeyondPod Podcast Manager, and Google Play Music, to name a few. Additionally, there’s the NPR One app for both Android and Apple, which provides all podcasts NPR.

Of course, there’s the Pox and Puss Podcast, Stories from The Trail, Backpacker Radio, and other hiking-focused podcasts. But perhaps you’re looking for something non-hiking related to pass the time and learn more about the world. If so, here are some podcasts to consider! 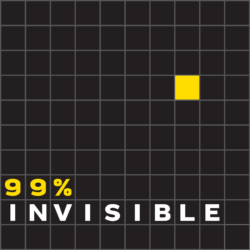 “Its goal is to expose the unseen and overlooked aspects of design, architecture, and activity in the world. Each episode generally focuses on a single topic or specific example of design, often including interviews with architects, experts, or people who have been influenced by the design.”

“The show focuses on topics of a scientific and philosophical nature. The show attempts to approach broad, difficult topics such as “time” and “morality” in an accessible and light-hearted manner and with a distinctive audio production style.”

How I Built This

This is “a podcast about innovators, entrepreneurs, and idealists, and the stories behind the movements they built. Each episode is a narrative journey marked by triumphs, failures, serendipity and insight — told by the founders of some of the world’s best known companies and brands.”

Stories of all kinds!

Episode length: 60+ minutes; # of episodes: 600+ (although there are typically a limited number visible for download); WBEZ

Each week’s show has a theme, explored in several “acts,” most typically 3. Occasionally, a show will focus on a single act. Themes vary from uplifting or thought provoking to gloomy or depressing. They cover everything from in-depth interviews with folks from New Orleans about Hurricane Katrina to interviews with famous social scientists discussing their work, from how two siblings deal so differently with the loss of their father to the story of a young woman who was sexually assaulted and the community that doubted her.

This podcast is advertised as a place “where people tell true stories they never thought they’d dare to share in public.” It has similarities to The Moth, and covers the full gamut in terms of topics.

“John despises his Alabama town and decides to do something about it. He asks a reporter to investigate the son of a wealthy family who’s allegedly been bragging that he got away with murder. But then someone else ends up dead, sparking a nasty feud, a hunt for hidden treasure, and an unearthing of the mysteries of one man’s life.” This is a rollercoaster ride with intense content, but it’s very well done and quite thought provoking.

“Invisibilia is Latin for “the invisible things.” We explore the invisible forces that shape human behavior — things like ideas, beliefs, assumptions and emotions.”

“Hidden Brain helps curious people understand the world – and themselves. Using science and storytelling, Hidden Brain reveals the unconscious patterns that drive human behavior, the biases that shape our choices, and the triggers that direct the course of our relationships.” This podcast tries to take science and research and transform it into stories that are interesting and accessible to everyday folks.

“Ever find yourself in a conversation about race and identity where you just get…stuck? Code Switch can help. We’re all journalists of color, and this isn’t just the work we do. It’s the lives we lead. Sometimes, we’ll make you laugh. Other times, you’ll get uncomfortable. But we’ll always be unflinchingly honest and empathetic. Come mix it up with us.” Code Switch talks about recent events and past history through an intersectional lens.

Nancy is a funny, poignant podcast featuring LGBTQ stories and conversations, and hosted by two best friends, Kathy and Tobin. It’s a podcast about how we define ourselves, and the journey it takes to get there.

“Supreme Court decisions shape everything from marriage and money to public safety and sex. We know these are very important decisions we should all pay attention to – but they often feel untouchable and even unknowable. Radiolab’s first ever spin-off series, More Perfect, connects you to the decisions made inside the court’s hallowed halls, and explains what those rulings mean for “we the people” who exist far from the bench.”

Serial “tells one story – a true story – over the course of an entire season.” The first season of Serial re-investigated a Baltimore murder from 1999. The second season examined the case of a Private that went MIA in Afghanistan and was held by the Taliban for 5 years.

“Welcome to Night Vale is a twice-monthly podcast in the style of community updates for the small desert town of Night Vale, featuring local weather, news, announcements from the Sheriff’s Secret Police, mysterious lights in the night sky, dark hooded figures with unknowable powers, and cultural events. Night Vale, where every conspiracy theory is true. Turn on your radio and hide.” It’s weird, it’s strange, and it’s addictive.

“A truck driver searches across America for the wife she had long assumed was dead. In the course of her search, she will encounter not-quite-human serial murderers, towns literally lost in time, and a conspiracy that goes way beyond one missing woman.”

“Season One, “Relaxation Cassettes,” takes the form of an audio course on full body relaxation issued by The Institute to you, (the listener) a nameless medical inmate. Who is this narrator? Is she relaying something more than just relaxation techniques, and is she to be trusted? And are there subliminal messages hidden within the music? As listeners move through the relaxation curriculum a deeper and more personal story unravels. Season two, “Museum Audio Tours,” tells its story in the guise of ten audio museum guides. Over the course of a decade of worldwide exhibitions, these walkthroughs unravel the complex story of a mysterious disappearance of an artist’s mentor.”

I only listen to the Mountain Goats

A British fellow’s dad wrote a series of erotica novels and self-published them. He and his friends read through his dad’s novels, while laughing hysterically, and interjecting comments, guffaws, and groans.

Hi y'all, I'm Aubri ('Data'). I'm a queer, nonbinary hiker, backpacker, and trail runner (they/them pronouns, please). I've thru-hiked the AT ('13-'17), the Tour du Mont Blanc ('18), the Vermont Long Trail ('18), the John Muir Trail ('19, '21), the Tahoe Rim Trail ('19), and the New England Trail ('12-'17, '21), and summited all of the Winter New England 67, and completed the New England Hundred Highest and the Northeast 115 peaks. I've also run multiple 50ks, three 50-milers, and one 75-miler. I'm about 50% done with the PCT. This summer, I'm hiking the JMT with my partner, and section hiking more of the CA PCT. This winter, I'll be working on hiking the New England Hundred Highest. I'm hoping to thru-hike the Walkers Haute Route in Switzerland and section hike the rest of the PCT next year. At my day job, I'm a data-crunching research nerd, researching everything from medical outcomes for hospitalized patients to social determinants of health. During the week, I'm trail running, reading, and doing trapeze, and on the weekends, I'm generally out hiking some mountain somewhere. You can find trip reports and ramblings at https://transcendingmountains.blog/