“They don’t let on, but I assume they think we are crazy.”

This is what James Clare tells me when I ask how his friends and family are taking the fact that he and his wife, Krisanne Rice, are planning to thru-hike the Pacific Northwest Trail this summer. “Our daughters think it’s pretty cool we are going. As for siblings and other relatives—they probably think we’re nuts.” Krisanne adds.

The Pacific Northwest Trail (PNT) is 1,200 miles spanning the Continental Divide to the Pacific Ocean. It traverses three states: Montana, Idaho, and Washington and will take Krisanne and Jim 60-70 days to complete at an average of 15 miles per day. They’re beginning at the Makkah Reservation in Washington at the Far North Coast area of Olympic National Park, and ending at the northeast corner of Glacier National Park at the Continental Divide at Chief Mountain Customs.

This trail ranks among one of the most scenic in the world, really putting the lust in wanderlust. It passes through three National Parks: Glacier, North Cascades, and Olympic as well as seven National Forests: Flathead, Idaho Panhandle, Colville, Okanogan, Mt. Baker- Snoqualmie, Kootenai and Olympic. 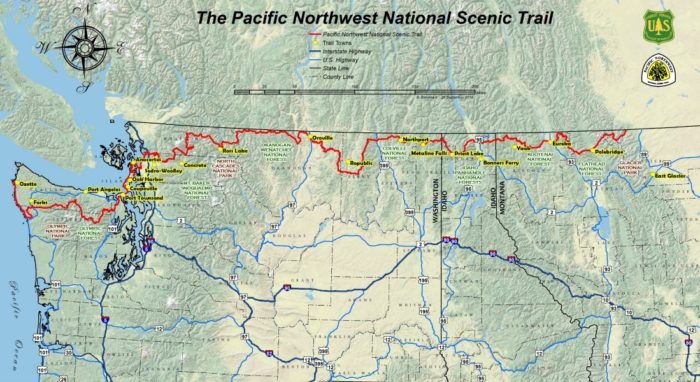 Jim grew up in upstate New York and Krisanne in Upper Michigan, and both were raised with with a love of the outdoors. As a kid in Upper Michigan, Krisanne has fond memories of “Mom and Dad waking us up on a crisp clear night to watch and listen to Canadian Geese fly south across a full moon over Lake Superior; snow drifts so high we could walk from them directly to the roof of the cabin; winds screaming across frozen Lake Superior shook the picture window so hard, mom hung blankets over them for fear of them shattering. Great family times!”

Krisanne has also sectioned hiked the Long Trail in Vermont and the Appalachian Trail from Maine to the MA/VT border after high school. After 40 years of living in Alaska, Jim’s no stranger to the outdoors either and has avidly backpacked for 4-5 days at a time. The couple has been married for 24 years and since 1993 and have called Sitka, Alaska home.

But neither of them have done something quite like this before.

In fact, Krisanne cites her oldest daughter, Mamie “Xtra-Tuff” Clare (AT ‘16, PCT ‘17) (and me!), as inspiration for this adventure. I met Krisanne in 2014, when I moved to Alaska after college. We quickly went from co-workers to family. “Jim and I drove halfway up the AT to drop off food drops for Mamie and Taylor in 2016 and that’s when I really got excited to do something while we physically could. I gave Jim the PNT Trail Guide for Christmas and said, “Let’s do it!” 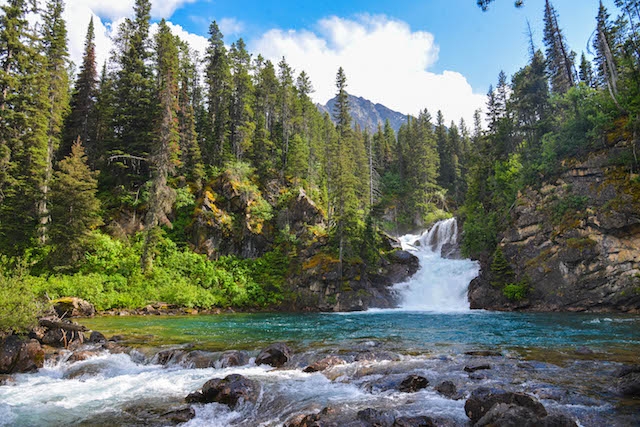 Jim notes that, “I imagine is perhaps what the PCT was 10-15 years ago. It is my understanding that as of 2016, about 300 people have thru-hiked the PNT. I’d like to experience it now before more hikers learn about it. And I hope they do learn about this trail and add it to the Triple Crown list.”

Today, the PNT sees around 100 thru-hikers per year, a sharp contrast to the AT’s 1,100 in 2016. The lower foot traffic on the PNT doesn’t just mean solitude, it can actually make it harder to stay on the trail. The Pacific Northwest Trail Association (PNTA) says this:

“The route uses some trails that get very little traffic beyond our… thru-hikers a year and may not be recently maintained. In other places, you might stand at the intersection of a web of near-identical forest roads, wondering which one to take.”

Signage is often a problem too. The PNTA adding, “Unlike the PCT, there is not a single trail number used to identify it from end to end.”

Krisanne is most comfortable with a “good old fashioned compass and paper map” from her  National Park Service Ranger days at Denali National Park. But the couple has also invested in some new technology;  an inReach Explorer and iPhone apps. They also face other concerns. Krisanne adds that “I have a fair amount of experience in bear country and have been bluff charged three times by grizzly bears, so I feel competent and comfortable. But… cougars? That’s a new thrill and they kind of creep me out… and ticks, too!”

“Hiking every day on an older frame,” Jim thinks, will be his biggest challenge. “I’ve attained the admirable age of 62.” Krisanne tells me and that Jim will celebrate his 68th birthday on the trail. She is quick to tell me that, “I don’t want to avoid shrinking from doing what I love to do.” Citing AARP’s initiative to #DisruptAging she want to encourage people to embrace that “Age does not need to stop one from pursuing their interests – you might just have to do them differently. Take more rest days, rest stops, stretch out more, and take “mature” labeled vitamins.”

For this hike, Jim wants to remain within conversational distance for safety reasons. “We usually move at different paces when hiking together. Downhills are slower for me.” Given the differences, Krisanne acknowledges that, “We will need to embrace tolerance with each other so we can hike our own hikes and allow  the partner to do what they feel they need to do in the moment. And it will require many compromises over the course of the trail.”

With 24 years of marriage behind them, Krisanne reflects on what this hike would add to their relationship.

“Raising a family, navigating parenthood, addressing major health challenges, balancing financial stress…we’ve had lots of experience with all of that and I think our relationship took a toll every now and again. We’ll have tons of time to talk, figure out challenge together, support each other… laugh at the silly mistakes we make, share the high ridge views… and just finish the darn trail together. If successful, that will be quite the accomplishment and tribute to our relationship.”

The couple began their hike in late June, and believes they are the only hikers going west to east this season. By hiking east, the Rockies should be free from snow and their younger daughter may be able to join them for their last few days in Glacier National Park.

Krisanne and Jim are hoping to keep their base weight around 15lbs. Krisanne has been an REI member for almost 50 years and still has her “McKinley mummy bag, adorned with duct tape in a few places” and her pack from 1983 when she worked in Denali. But she’s trading up for this adventure. She’s going to be hiking with the Gregory Maven’s 55L women’s pack and sleeping in the REI Joule sleeping bag. “I am splurging on my sleeping pad… and opted for the REI Flash insulated pad.” 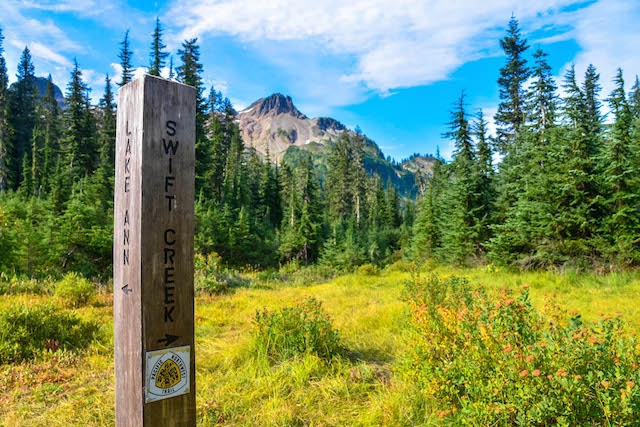 As for their diet? Krisanne has “dried cooked quinoa, home made kale pesto, veggies and chives from the garden, potato soup and lentil curry stew. I’ve also dried some local halibut and salmon that we’ll use during the first half. And of course, we’ll take every advantage of local fare!” They’ll also be field testing some freeze dried food from Cindy McSurely, a AT trail mom who’s daughter hiked in 2016.

Before they set out, Krisanne left me with one final thought; “It’s now or maybe never! We are both recently retired from professional paid work. We have time, health, experience, desire, and confidence. And really, why not?”

The Trek wishes them the best of luck!