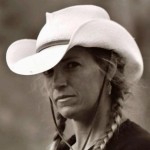 Encountering a Thru-Hiker in Its Native Environment, the Natives Are Curious and They Have Questions

No Need to Approach with Caution

As mentioned in previous posts, I completed a thru-hike of the PCT in 2015. Among the most enjoyable parts of any hike are the brief stops along the trail to exchange pleasantries with the natives (locals, day hikers, everyone else not doing a thru-hike) and other hikers. I quickly found that thru-hikers are a very exciting group to meet.  I have had selfies taken with people, been considered an expert on all things backpacking, was frequently asked for advice, and inevitably was asked a few surprisingly consistent questions.  In truth, I began to believe that thru-hikers are like some rare species that people have heard about through movies and books, but never really expect to meet in the wild. Upon finding one, the individual may be overwhelmed with excitement and curiosity. Although bewildering, a thru-hiker is in some instances treated like a minor celebrity.  Unlike other woodland creatures in which cautious avoidance is advised, the thru-hiker is almost always embraced like a birder finding a snowy owl in the winter. Even our questionable hygiene is not a deterrent.  OK, only I can attest to this, and not to brag, but my hygiene on the trail was exceptional. This is of course a relative scale and in truth not terribly hard to come out on top given the comparison population.

My personal best was just after exiting the Sierra when I had no less than six different encounters within 20 minutes on one very accessible trail. I had a rather enjoyable time of it, trying to make every encounter sound different and not let on that I had just answered these same questions three minutes prior. One fellow thru-hiker, the Alchemist, once said he wished he had a business card with the answers to every common question.  It was his contention that it would be more expeditious to simply hand out the card and move on, rather than come up with a new and different way to answer the same questions over and over and over again.

A Woman Traveling Alone on the Trail

I am truly curious to see if I have to field some of the same questions on the AT as I did during my PCT hike. After responding that I am in fact traveling by myself, a Pandora’s box of resultant questions come into play. These questions, however, vary widely based on whether the audience is male or female.

I have to say that there was an extraordinary amount of female backpackers on the trail in 2015. This could very well be a very positive reaction to the book and movie “Wild;” sorry I was busting on you earlier, Cheryl. I don’t know if it will be the same on the East Coast, but certainly hope so and look forward to finding out. I encountered large groups of women doing section hikes, young women out together, Mothers with their daughters and women forging along by themselves.  Many understood my trip as it was their own journey as well, while others were especially curious. Once, I camped among (as in right in the middle of two tents) a large group of ladies section hiking the state of Oregon. My male compatriots set up their camp on the other side of the trail as there was not enough room at the campsite. It was hysterical the amount of questions I fielded in regard to my trip.  From hygiene to gear selection, to what I eat on a daily basis, I might as well have been on an all-talk radio show titled “Women alone in the wild, a survivor’s tale.”  As we hiked out early the next day (we generally were on the trail by 5:30 a.m.), my friends’ comments were, “Well, weren’t you popular last night!”  I commented  on how they deliberately kept as much distance as possible. Lol, it was like we were in the kitchen at a party and they stayed in the living room.

What to Expect on the Appalachian Trail

I don’t know if there will be as much curiosity on the AT as there was on the PCT. The PCT, with a few exceptions, is more remote than the AT. Although the numbers have grown in recent years, the AT still has vastly larger numbers of thru-hikers each year, and thus the populace is more accustomed to their presence. Do I have to print out those cards, or will the general curiosity be dimmed on this side of the country and most of the questions remain within the more intimate confines of the thru-hiker tribe? Either way, I am looking forward to all the conversations I am likely to have with a host of interesting creatures of the forest.

See you on the trail.