The energy companies behind a natural gas pipeline that would have run under the Appalachian Trail in Virginia have dropped their efforts to build the 600-mile pipeline.

The decision by Dominion Energy and Duke Energy was announced Sunday, July 5, weeks after the US Supreme Court allowed the pipeline to proceed after lengthy court battles. The companies said their decision was based on rising costs and uncertainty about continued legal challenges surrounding the Atlantic Coast Pipeline that would run from northern West Virginia to southeastern North Carolina.

The companies said the estimated cost to build the pipeline has risen from $4.5 billion to $8 billion. In addition, estimates that the pipeline would be completed in early 2022 represent a nearly three-and-a-half year delay.

“We regret that we will be unable to complete the Atlantic Coast Pipeline. For almost six years we have worked diligently and invested billions of dollars to complete the project and deliver the much-needed infrastructure to our customers and communities.”

Along with canceling the pipeline, Dominion also sold substantially all of its gas transmission and storage segment assets to an affiliate of Berkshire Hathaway Inc. in a transaction valued at $9.7 billion, including the assumption of $5.7 billion of existing indebtedness.

The pipeline project was announced in 2014.

The Supreme Court case focused on who had the authority to issue a permit for the pipeline—the National Park Service or the US Forest Service.

The dispute lay with the Department of the Interior’s decision to make the National Park Service responsible for the AT. Before the court’s decision, whether that move also transferred authority of lands underneath the trail had not been resolved.

The 4th US Circuit Court of Appeals in Richmond, Virginia, said in 2018 that the US Forest Service lacked the authority to grant a right of way for the pipeline where it runs under the AT in the national forest land because the trail was overseen by the National Park Service.

Supreme Court Justice Clarence Thomas, writing for the majority, said the administrative arrangement did not remove the Forest Service’s power to permit construction under the trail.

The pipeline would have run for 21 miles through the Monongahela and George Washington National Forests. Trees were cut on about nine miles of the right-of-way on Forest Service lands in spring 2018, and the agency is monitoring that area for potential erosion and sedimentation. 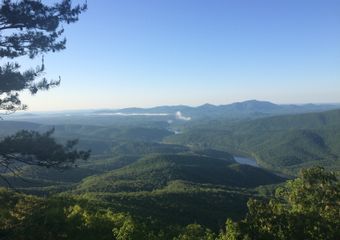 Supreme Court Gives Go-Ahead for Pipeline Under AT in VirginiaThe  US Supreme Court ruled on Monday, June 15, that the US Forest Service has the authority to allow a natural gas pipeline to run under the Appalachian Trail in southwestern Virginia. The decision appears to resolve a dispute among…Read More 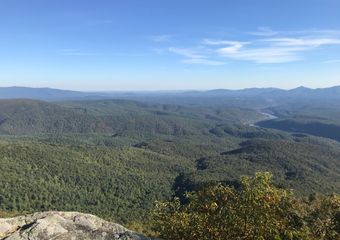 Supreme Court Appears Favorable to Pipeline Under ATThe US Supreme Court heard arguments Monday in a dispute over a proposed natural gas pipeline that would tunnel under the Appalachian Trail in Virginia, with justices seeming to favor allowing the pipeline to be built. The proposed Atlantic Coast…Read More