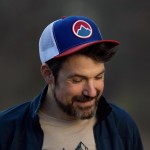 The first thing I wanted to do after my AT thru-hike was plan my next thru-hike. Somewhere in Virginia, I recognized my appetite for long trails was in the early hiker hunger stages and there was much more walking to be done.

After summiting Springer in mid-November, I began researching locations for winter hikes that wouldn’t be super, well, wintry.  I considered the Florida Trail, the Camino (winter route), and New Zealand’s Te Araroa, but ultimately decided I wanted a long trail with totally different views from the AT that I could hike in 4-6 weeks.

The trail was originally patrolled by coast guard and customs officers to catch contraband smugglers and to search for wayward ships.  Nowadays, it serves as a gateway to nature for locals, weekenders, and thru-hikers alike.  Traditionally a SOBO trail, the SWCP carries hikers from Minehead in Somerset to Poole Harbour in Dorset.  Along the way are old English locales to explore like St. Ives, Penzance, and the Jurassic Coast. I expect accommodations to be easily available considering the time of year as well as the presence of many fishing villages (pubs!), hostels, and campsites.  Fish and chips, anyone?

Cornwall native “Appalachian Gail” Muller (AT SOBO ’19) described a January trek of the SWCP to me as “wet and wild” so I’ve bulked up on my rain gear (should I call them foulies?) and added more waterproof stuff sacks to my kit.  I imagine the near-constant views of the Bristol and English Channels will be stunning but rather windy so I’m taking steps to ensure my pack is light and tight.

At the time of this writing, there was no real content on the SWCP on The Trek, which is surprising because this trail appears to deliver so much adventure for the thru-hiker.  There is seclusion but with many easy town stops, a moderate level of grade/difficulty, and sweeping coastal views.  And it’s such an ideal length for in-between longer treks (I’m coming for you, PCT!).

There’s no Guthook guide for the SWCP (I asked) but an app called Hiiker can be purchased from the app store with offline maps and stats.  The go-to guidebook on the trail is by Paddy Dillon and can be purchased on Amazon. There’s also a solid memoir about traversing the trail called The Salt Path by Raynor Winn.

Anyone interested in more info on the South West Coast Path should check out the SWCP association website or feel free to ask me a question(s) in the comments or on Instagram.  Solvitur ambulando!

Hi, I'm Travis, aka Footloose. Thru hiking the AT SOBO in 2019 was life changing and now I'm planning more long trail adventures. My favorite things about trail life are escaping into the wilderness, eating everything, impressing muggles and discovering things in "quotes" that don't belong in quotes. See you on trail!