Examining the Impact of Overcrowding on Hiking Trails

A wise man once said wilderness is a necessity. Go outside and breathe the pine-scented air, listen to a babbling brook, or feel leaves crunch under your feet. Spend just a few hours in the wilderness, away from the rush of passing cars, and you’ll feel a sense of calm come over you. But what happens when you can no longer go to the woods to have your senses put back in order? Overcrowding on wilderness trails has become a reality and in order to preserve our trails for the future we need to start taking action to save them now.

How can we find a balance between sharing the importance of getting outside and still keep that wilderness preserved for future generations? 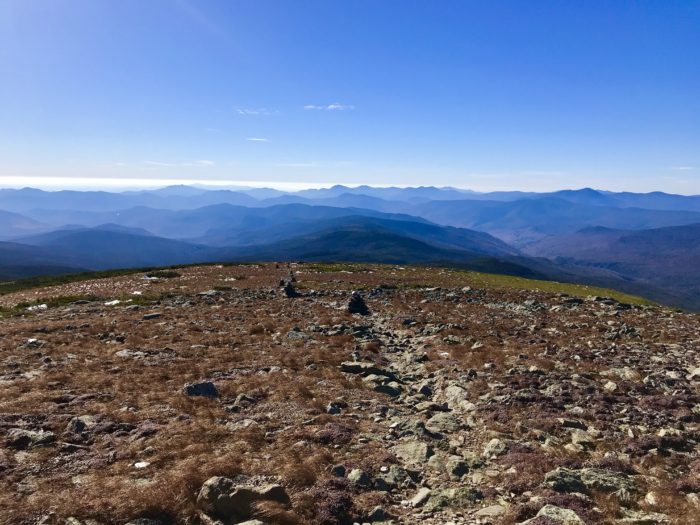 Thanks in part to the publicity long trails have received through books like Wild and A Walk in the Woods, data show that the number of people attempting thru-hikes will only continue to increase.  Social media has only helped to fuel the fire—and I find myself feeling guilty for encouraging people to get outside.

Should we feel guilty for encouraging others to seek fellowship with the wilderness? 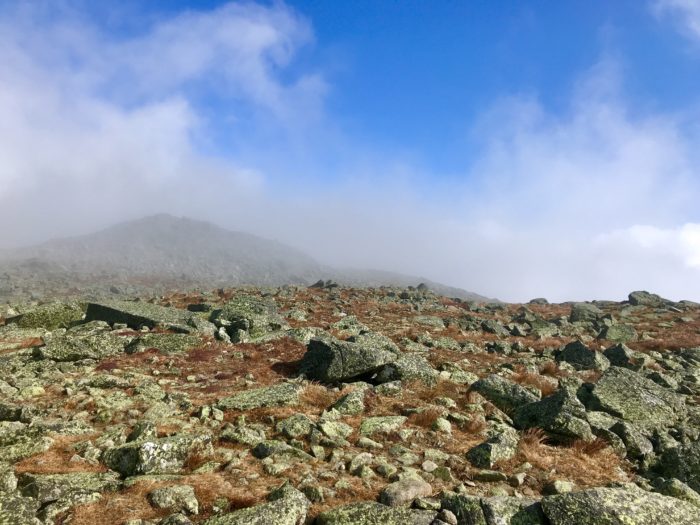 The impact of increased use extends beyond popular long-distance trails like the AT, PCT, and CDT.  The wear and tear of trails near densely populated areas has forced people to look at how the increase in foot traffic has impacted the environment as a whole. Soil erosion, damaged vegetation, altered hydrology, widening of trails, and increased muddiness are just a few of the ways overuse of trails has impacted the environment. 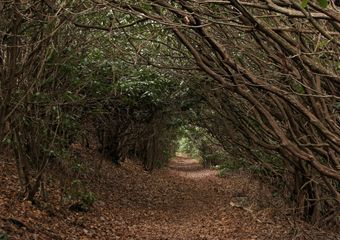 In fragile environments like the Alpine Zone, a lack of education and an increase in foot traffic has all but destroyed parts of this delicate infrastructure found only in small portions of our mountains. According to Lester Kenway, president of the Maine Appalachian Trail Club, “the Katahdin Butterfly, once prolific on the mountain, is now listed as endangered,” potentially due to the boost in hiker traffic.

The data say we are loving the mountains and the wilderness to death. Researchers at Colorado State University reviewed 274 scientific articles published between 1981-2015 on the effects of recreation on a variety of animal species in all geographic areas and including all recreational activities. More than 93% of the articles reviewed indicated at least one impact that recreation had on animals, and the majority of the impact was found to be negative. 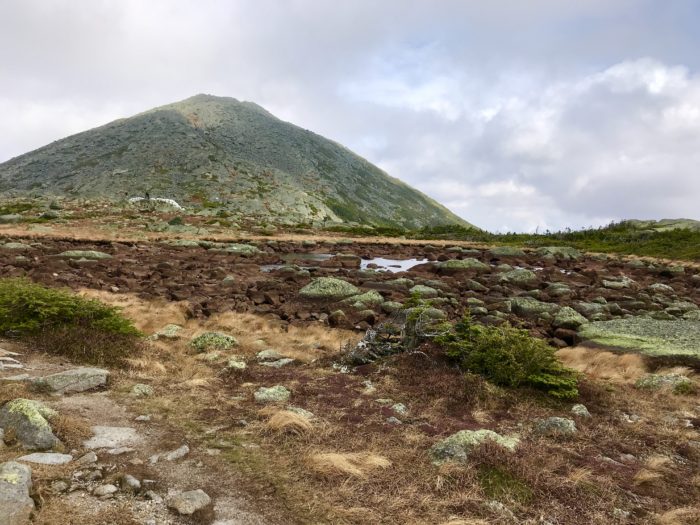 Head to the White Mountains on any Saturday from Memorial Day to Columbus Day and you will be hard pressed to find a parking space, forget a sense of solitude.  Parking at Lafayette Place Campground is almost nonexistent, and the number of rescues due to ill-informed and unprepared day hikers continues to increase.

Due to the overuse of the more popular trails in the White Mountains, local hikers created organizations like the New Hampshire 4000-Footer Club, originally established to steer some of the foot traffic away from the heavily used trails.  Unfortunately, the increase in popularity of earning an “AMC 4000” patch, and the notoriety that comes with being part of this elite group of individuals, has inadvertently added even more strain on the trails and surrounding ecosystem.

People go to the woods to enjoy nature, to get away from the noise of the city.  Unfortunately, the sound of birds and the rustle of leaves is slowly being replaced by the sounds of society encroaching on the wild.

In order to help manage the influx of new hikers, the White Mountain National Forest has started to station volunteer trailhead stewards at the bases of popular trails. These volunteers aid in educating hikers about the importance of the Leave No Trace (LNT) principles as well as checking to see if they are prepared for a strenuous day in the woods. In a collaboration between the White Mountain National Forest and New Hampshire Fish & Game, a “Hike Safe” program was created in 2003, offering education on carrying the correct gear into the backcountry and making safe choices in the wilderness.  With the establishment of these initiatives, the hope is that hikers will make less of an impact on the forest and require less assistance if plans go awry.

The Future of Our Trails 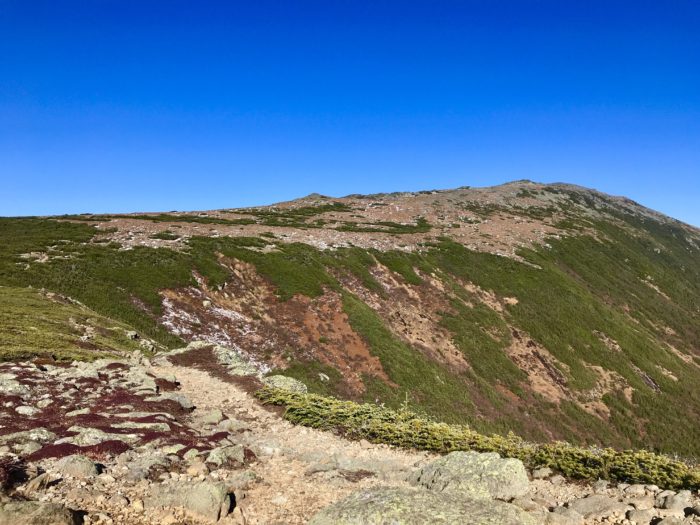 How do we as responsible and ethical hikers encourage others to explore the wilderness while still protecting our trails?  There are programs, (National Wilderness Preservation System, Hike Safe, Leave No Trace) that have been created to protect the wilderness, but are we doing enough?  I can preach the LNT principles, volunteer for trail maintenance, pick up trash, or become a ridge runner, but is that going to be enough? Regardless of how much we do to educate the public, we will always be contending with a growing number of people who don’t necessarily care whether they leave their trash on the side of the trail or go around a patch of mud, contributing to soil erosion.

Rather than trying to restrict the number of people who can access the wilderness, let’s try to  spread the truth about how important it is to get outside. Let’s educate society about how to protect our forests, trails, and back country.  As experienced hikers, we should be practicing what we preach, setting examples for others, and using social media as a way to spread wilderness ethics.

Although I’m selfish and want to keep the trails all to myself, I can’t help but encourage friends, family, and people I run into in my daily life to get outside. I want other people to experience all that the woods have to offer, but I also want everyone to respect the wilderness. The impact of overcrowding on our trails is that there are that many more people getting outside and seeking fellowship with the wilderness.

The increased use doesn’t have to be negative. If we work together to educate newcomers about wilderness ethics, practice what we preach, and work together to protect our trails, trail users can help build a sustainable future for the places we love to escape to. 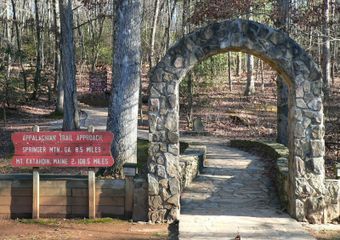 2017 Was Another Record-Breaking Year for the Appalachian TrailHere it is! The annual update of the Appalachian Trail (AT) thru-hiking statistics for the 2017 hiking season. 2017 was a record-breaking season for the AT. More hikers attempted a thru-hike than ever before, but kudos to you, Class of 2017,…Read More
< Previous Post
Next Post >