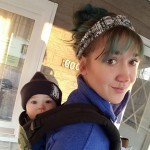 Have you ever been awestruck? Maybe you saw a view that made you light headed and tingly. Part of you felt frantic, because you knew that you weren’t fully absorbing the entirety of the beauty in front of you, while another part was at total peace. You may have tried to take both mental and physical pictures, only to be let down by how little they actually captured. It’s the essence of those awe-inspiring places that we are desperate to bring back with us, but can never seem to do justice.

That essence, that incomparable feeling of visual satisfaction and internal euphoria has been captured and edited down to 3-5 minutes bites of heaven.

We can thank Will and Jim Pattiz, two brothers from Georgia, for creating these works of art; oh, and definitely thank the National Parks. When the duo went on a road trip to the Grand Canyon, they stopped at the Petrified Forest National Park in Arizona, and were stunned by the beauty. “Stepping foot in a place like that…it’s like stepping foot on another planet.” says Will of how he first felt during his initial National Park experience. 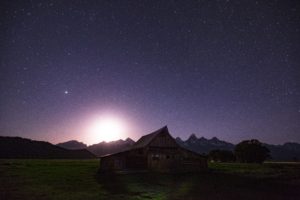 Yeah, places like this exist.(Copr. More Than Just Parks TM)

The brothers, who were in their early 20’s at the time of their first National Park experience, couldn’t believe they’d been missing out on these treasures. It was that feeling which inspired the filmmakers to create “More Than Just Parks™ ” a project that brings the magical feeling of the outdoors to those who have been unwittingly missing out. These films have an uncanny way of accessing an ancient part of our soul, and giving a sense of familiarity with places that we’ve never been.

Being captured in 8K means that these films have the ability to be viewed with 8x more definition than a standard 1080p TV. So, like wine, these videos will get you a little drunk. Oh, and they will get WAY better with time. The stunning HD is definitely a contributing to factor to how these guys were able to create films that surpass “Planet Earth” in terms of emotion and filming.

Enjoy the following short-film on The Grand Teton National Park, and prepare to be temporarily suspended in awesome.

GRAND TETON 8K from More Than Just Parks on Vimeo.

Things that I love: Jesus (thanks for everything), my husband (thanks for the companionship and all that), my kids (Auttie is a four-year-old fairy-mermaid, and Abe is a one-year-old potato), hiking (obviously), aaaand sugar.