Failing to Finish Your Hike and Why It’s OK

“The mountains will always be there.”

You hear this phrase tumble over the lips of fellow hikers when admitting defeat. And nobody likes to say it, but we all fail to make the summit eventually.

This past winter was especially tough in New England. There was a stretch of extremely cold weather, followed by torrential rain, and finally a warm snap that left the trails a wreck. Although this was only my second winter hiking, my suspicions that this was a particularly difficult winter were confirmed. Many hikers had to bail out on plans or make last-minute decisions to turn around on hikes due to the weather. I consider myself a strong hiker, with hundreds of miles under my belt, yet even with all of this experience, I’ve been forced to change my plans or turn around prior to reaching the summit.

As the winter progressed, I found myself penciling in “attempt hike” over and over and it seemed like I would never make summit. Even the “easy” hikes ended with me turning around only a mile into a hike due to weather. But eventually my luck (or the weather) changed and I was able to begin reaching the tops of the peaks again. Reflecting on all of these deemed “failed hikes,” I have found myself wondering why we consider it a failure simply because we didn’t reach what we’ve determined is our ultimate destination.

Is it so shameful for me to admit defeat that I would rather pretend as though the hike never happened to begin with? 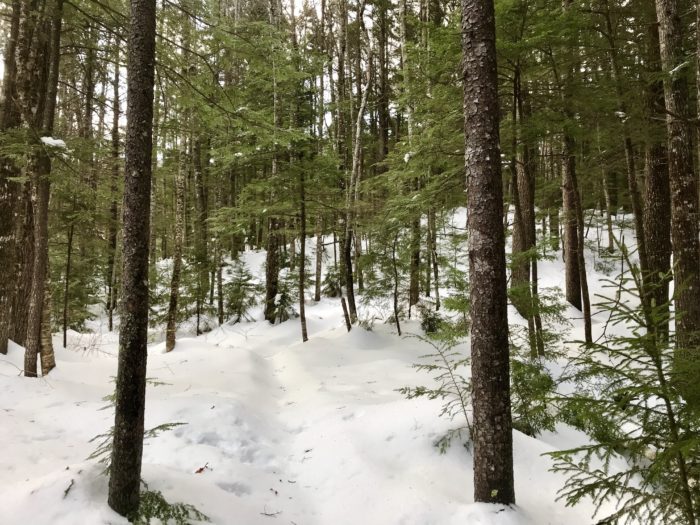 Pine Bend Brook Trail, when I had to turn around because I couldn’t make it up the steep slide due to fresh snow and not enough traction.

Previously, while tracking my hikes, I would leave all attempted hikes off of my final list. I was ashamed to admit to myself, to put pen to paper and write: “failed hike,” because it felt like such a blemish on my record as a hiker. Buy why? I still got out there and tried. Even when I was feeling a sense of sheer panic, or when I knew the conditions would be less than ideal, I still tried.

This year, I’m admitting my defeats.  I’m wearing the badge of “quitter” proudly rather than pretending like those failures never happened.

I’ve learned just as many lessons, if not more, on the hikes that didn’t end with me reaching the summit. Pushing myself out of my comfort zone in temperatures reaching -30, or trying to ford a stream, turned river, and ending up soaking wet (in more -30 degree weather), are just some of the times when I was forced to prematurely return to my car. Those experiences taught me that I’m stronger than I think, and that even though it wasn’t the safest decision to go out in said temperatures, thanks to proper gear and planning, I didn’t die.

I’ve been humbled by experiences where I thought myself a strong, experienced hiker, and had to turn around due to panic attacks. Reaching my mental breaking point is probably one of the most difficult experiences I have in the woods; forcing me to turn around well before reaching the summit. It’s really tough when you know you’re physically capable of continuing, but you can’t force your mind to believe it. Rather than feeling embarrassed  that I’m not finishing my hike, I tell myself that I’m still learning to deal with the sense of panic that I sometimes face while alone in the woods. 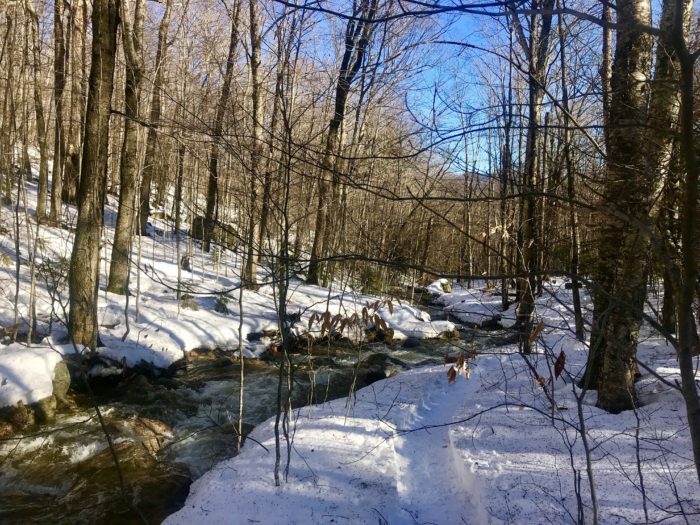 Mt. Tecumseh Trail when I had to turn around because I couldn’t make the river crossing due to the large amount of snow melt and torrential rains.

All of the experiences I’ve had on hikes that didn’t go as planned are just as important as the ones where I finished my day with no issues.  I remember the times when I didn’t reach the summit just as well, if not better, than some of the less eventful days I’ve spent in the woods. Every failure, every turnaround, all of the times that I hung my head in shame, I’m putting all of them out there and sharing them now. Because I know there are others who are facing the same feelings about their failed attempts. And if it can make one person strong enough to try hiking, knowing that it’s OK to fail, that I fail too, then it’s worth the badge of “failed hiker” being tied to my name.

“It’s not the mountains that we conquer, but ourselves”. – Hillary 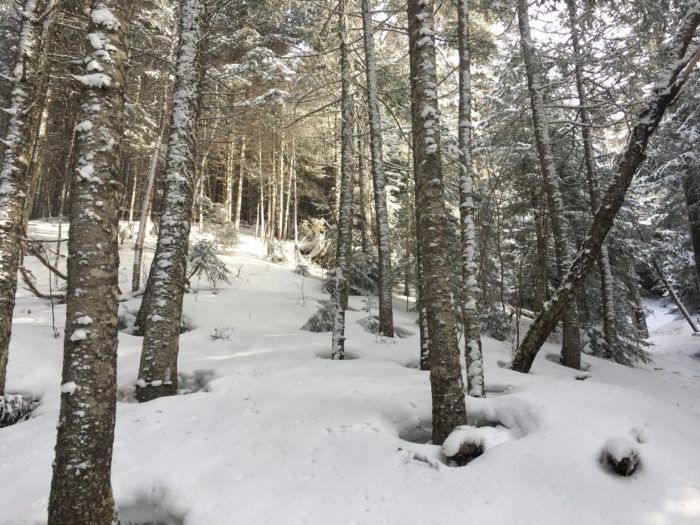